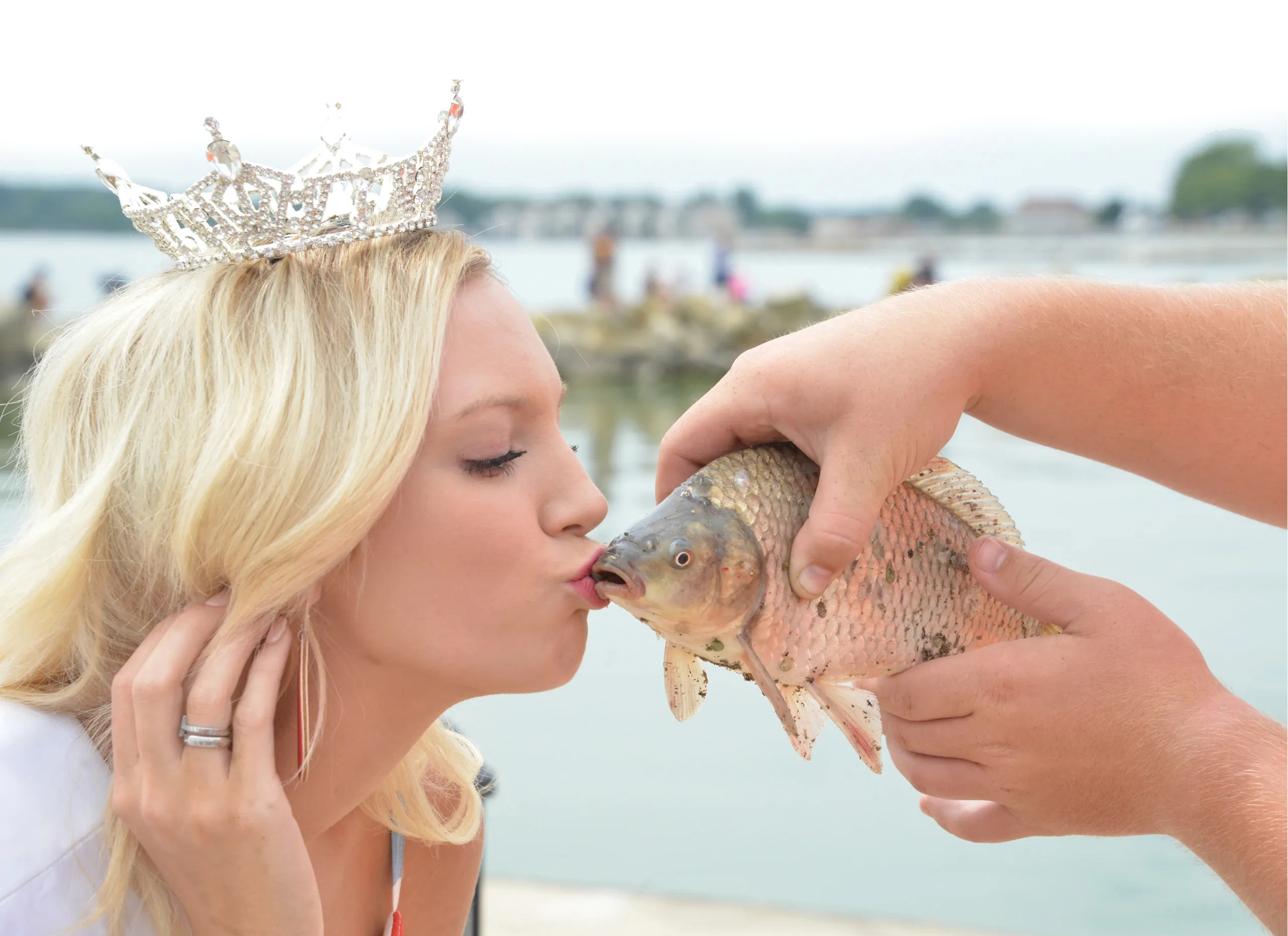 f you think you know West Central Ohio because you used to watch the hit TV program “Glee,” think again. On the other hand, the area is so rich with small-town Americana you’d be forgiven if you thought it were scripted.

The show was set in a fictional high school allegedly located in Lima. And yes, some actual facts about the region squeaked into the proceedings: The area is indeed located in the 4th Congressional District where popular character Burt Hummel, the mechanic father of glee club member Kurt, won an election. And certain real businesses made cameos, among them Meeting Place on Market, ArtSpace/Lima, The Lima News and the legendary Kewpee Hamburgers, the 94-year-old burger joint where a bottle of beer to go with your 5-cent burger once cost 10 cents, and where a special with Miracle Whip, lettuce and tomato today will set you back a whole $2.80.

The Kewpee jingle? “Hamburg, pickle on top, makes your heart go flippity flop.” Its slogan? “We cater to all the folks.”

With developments such as the new Crossroads of Northwest Ohio mixed-use community in Cridersville, the 10-county West Central Ohio region is out to cater to all the folks it can as the region seeks to attract people as well as companies. And why wouldn’t they come?

The Celina Lake Festival at Mercer County Fairgrounds welcomes the International Amphicar Association to the celebration every year, along with a good old parade and fireworks. In the Greater Grand Lake region there’s the Bicycle Museum of America in New Bremen, not far from Gongoozler’s Brewery. There’s the charming Erie Canal-era town of St. Marys, and visitors love to traverse the Land of the Cross-Tipped Churches Scenic Byway Corridor to learn about the region’s European Catholic immigrant settlements, crossing the Miami & Erie Canal Scenic Byway in Minster as they do. The Neil Armstrong Scenic Byway takes you through the famous astronaut’s hometown of Wapakoneta (called “Wapak” by locals). 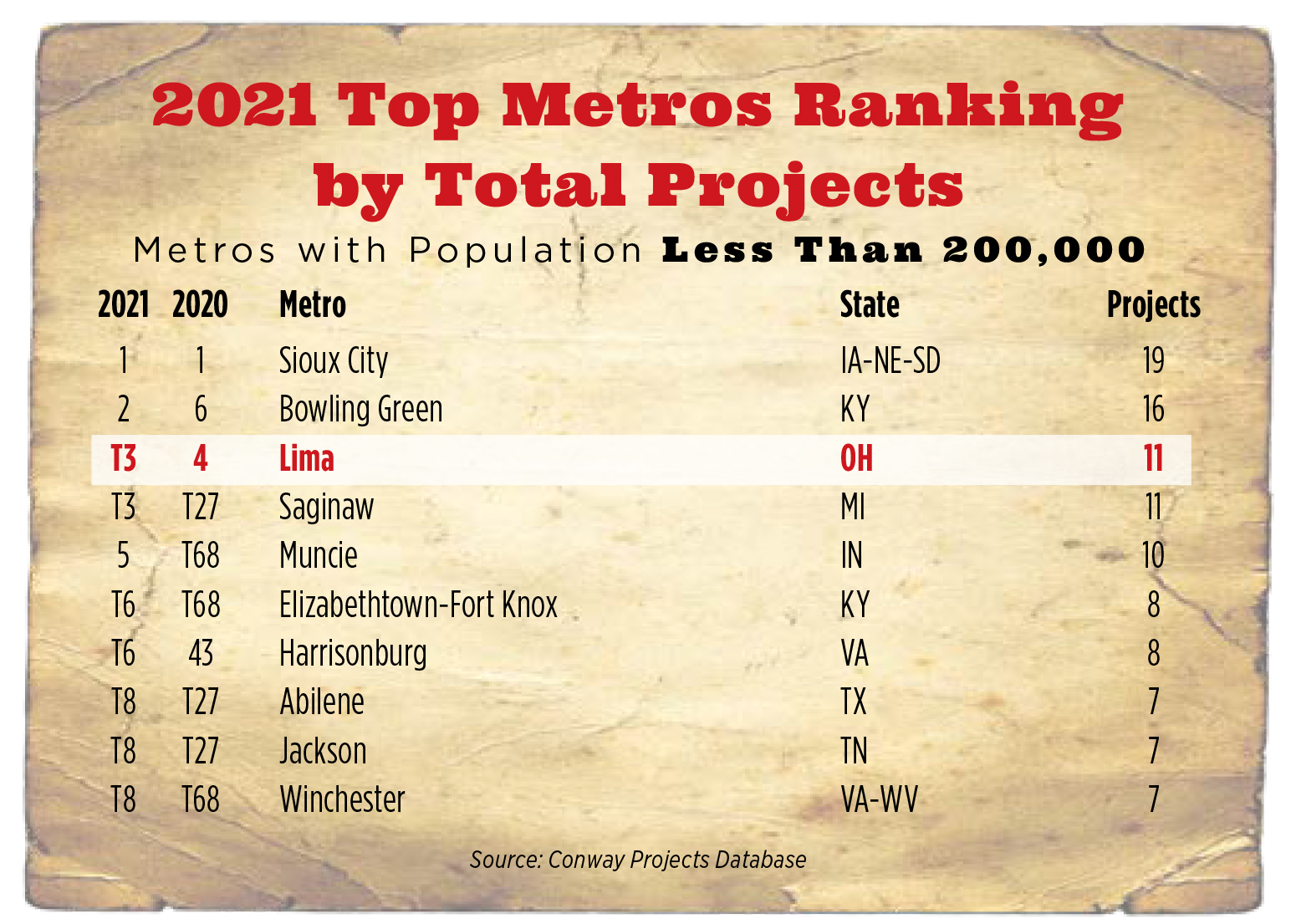 Rudolph’s not the only business thriving in the region. Procter & Gamble, Randall Bearings, Valfilm, Pratt Industries, ITR Manufacturing, Danone, Nidec Minster and Crown Equipment are just a few of those whose growth stories are unfolding in the region. A look at Site Selection’s Conway Projects Database shows nearly 250 facility investments across Allen, Auglaize, Putnam, Hancock, Logan, Hardin, Shelby, Van Wert, Mercer and Paulding counties since 2017, many of them in Findlay and Hancock County, the No. 1 micropolitan area in the country for eight years in a row.

In Site Selection’s annual look at corporate facility project numbers in metros across the country, the Tier 3 Lima metro area (between 50,000 and 200,000 residents) has been on a steady upward climb, tying for sixth place among Tier 3 metros in 2019, then ranking No. 4 in 2020 and this year tied with Saginaw, Michigan, for No. 3, and No. 2 in projects per capita.

Which leads one to consider that Americana is not synonymous with nostalgia.

“There are quality-of-life things our county as a whole has going for us,” says Michael C. Burkholder, manager of industrial and community development for the City of St. Marys. “That seems to be a driving force for relocation among the younger generations.”

Consider these brief snapshots of the region a driving force for reconsidering West Central Ohio. 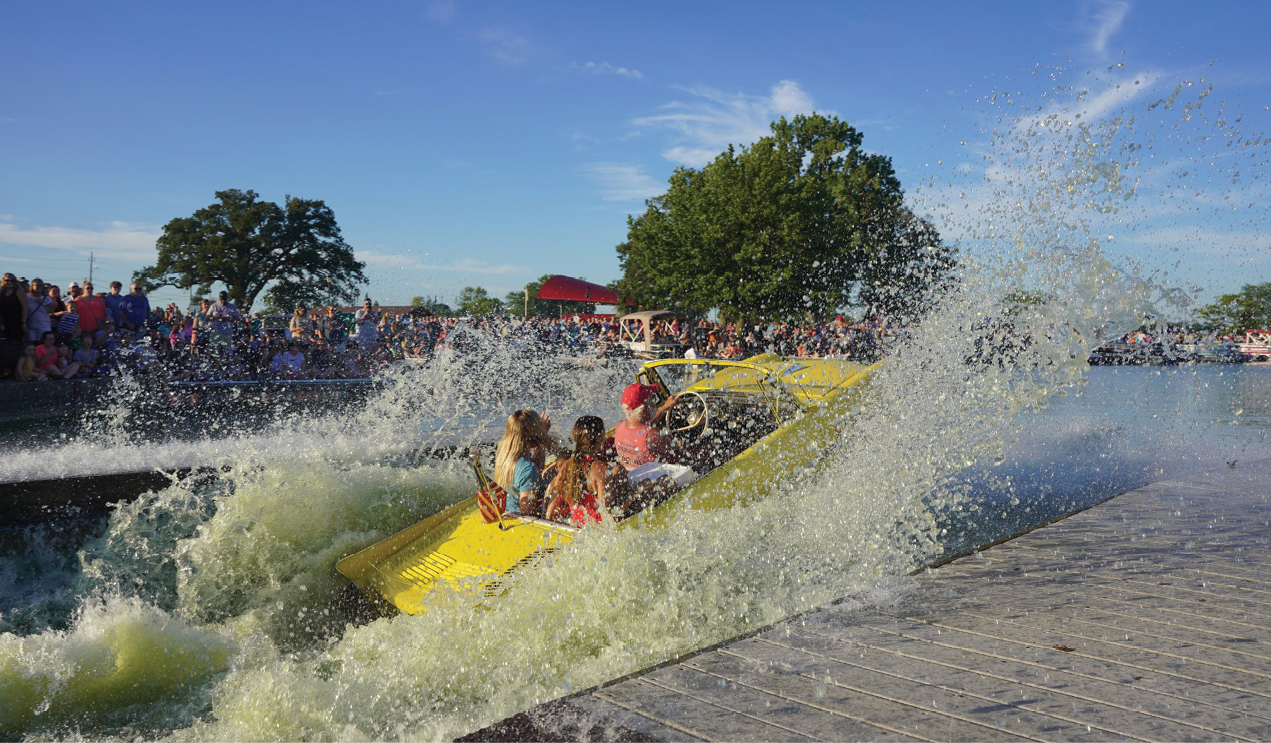