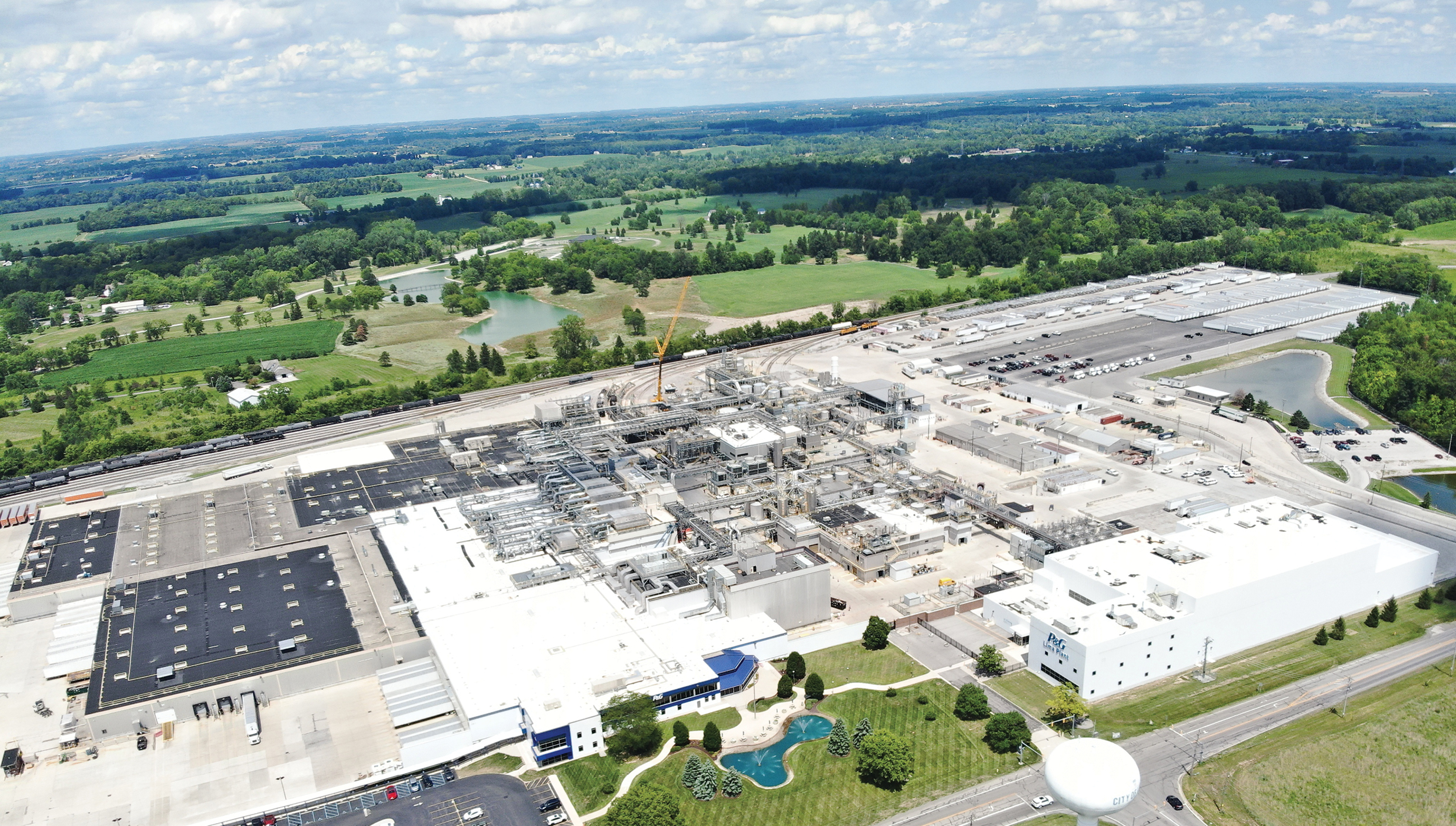 With its new $501 million investment, Procter & Gamble’s Lima plant will be the only P&G plant in the world to produce the company’s Gain and Downy Unstoppable Laundry Scent Beads, among other products.
Photo courtesy of P&G
by ADAM BRUNS
T

he healthy rate of industrial expansion in West Central Ohio doesn’t get more robust than at Procter & Gamble’s plant in Lima, where the company earlier this year announced a $501 million investment, the largest in the plant’s history. The project will add 135 jobs to an operation that already employs nearly 750 people, and is expected to be complete in 2026.

I asked John Shaver, plant manager, if other locations had been considered for the investment.

“Yes, multiple other locations were considered in the decision,” he says. “Lima was chosen based on several factors, but some of the key drivers were access to a talented local workforce to fill new positions, a competitive incentive package approved by the local area, and a centralized location for minimizing transportation and warehousing costs. In addition, Lima is a place that P&G has called home since the start-up of the plant in 1968, so there is a long history of investment in the site and cooperation with the Lima community.”

Everyone’s having hiring challenges. How does the region measure up on the talent metric?

“Availability of a talented workforce was part of the reason why Lima was chosen for expansion,” Shaver says. “The Lima plant has had good success recruiting and hiring capable technicians. However, the needs are ever increasing. Skills such as power and controls, robotics, and computer programming are essential in today’s manufacturing environment.”

Among other recent investments and expansions in the region:

In 2017 Danone (The Dannon Co.) invested approximately $25 million in a 280,000-sq.-ft. refrigerated distribution center at their manufacturing complex in Minster, a town known for its municipal renewable energy leadership among other things. Over 125 new jobs have been created. In 2018, Nidec Minster Corporation announced an expansion of its remanufacturing division at their Minster facility with a $4 million investment and $2.5 million in machine tools.

Pratt Industries brought its fifth U.S. paper mill online in Wapakoneta in 2019, and since then has added corrugated and retail divsions, logistics and recycling to the operation’s portfolio. Logan O’Neill, director of the Wapakoneta Area Economic Development Council (WAEDC), says the rail-served West Central Ohio Industrial Center, one of the first Job Ready Sites approved by state authorities in 2010, has welcomed investment from Pratt and The Ohio Greenhouse Company, and has room for more. He notes Wapak’s recent investment in infrastructure: a new water treatment facility with a much larger process, and new wastewater infrastructure. AEP has also invested in a number of projects “to bring in more power to us so we can continue to grow,” he says. 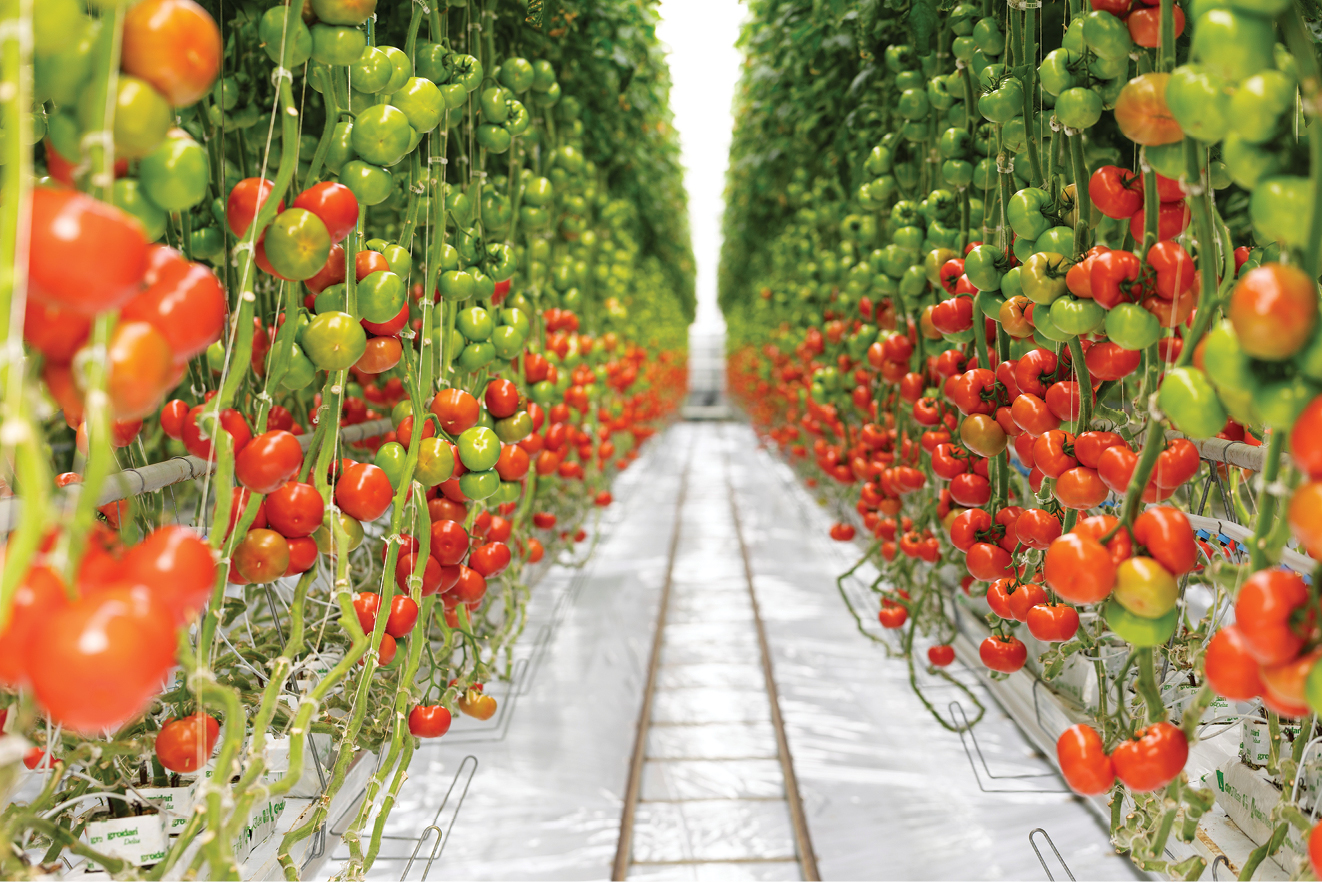 A massive facility operated by The Ohio Greenhouse Company cultivates tens of thousands of tomato plants in Wapakoneta, where investors are pouring $100 million into the complex’s early phases.

Cindy Leis, director of business development for AEDC, says the county’s infrastructure assets include 14.5 billion gallons of water in five reservoirs, 7 million gallons per day (MGD) of water and 4 MGD of wastewater excess capacity. She also points to the ongoing revitalization of downtown Lima, with between $85 million and $120 million of investment under way. She sees a great level of community engagement in what she calls “easy-living, small rural communities with an urban feel.”

“I’m born and raised here,” says Leis. “My story is probably pretty similar to a lot of people here. Only now we are finding our kids are coming back.”

Donald Harrod, administrator of the Village of Minster, says what makes Minster a great place is its entrepreneurial spirit and a passion for hard work, a dedication to excellence and a commitment to being successful. “People in Minster and the surrounding communities are people that are going to come in every day, show up on time, and take pride in what they accomplish.”

P&G’s John Shaver and his wife are relative newcomers to the region, and he recognizes those attributes.

“My wife and I have enjoyed living in the Lima area,” he says. “Over the past four years, we have been welcomed into the community, which at times was a challenge given all the COVID precautions. What I am most proud of during this time, though, is the dedication of the employee base. For the Lima plant, even during the most difficult periods of COVID quarantine, the employees always found a way to succeed. The plant never missed a production target, which really goes to show the commitment of the people of West Central Ohio.”