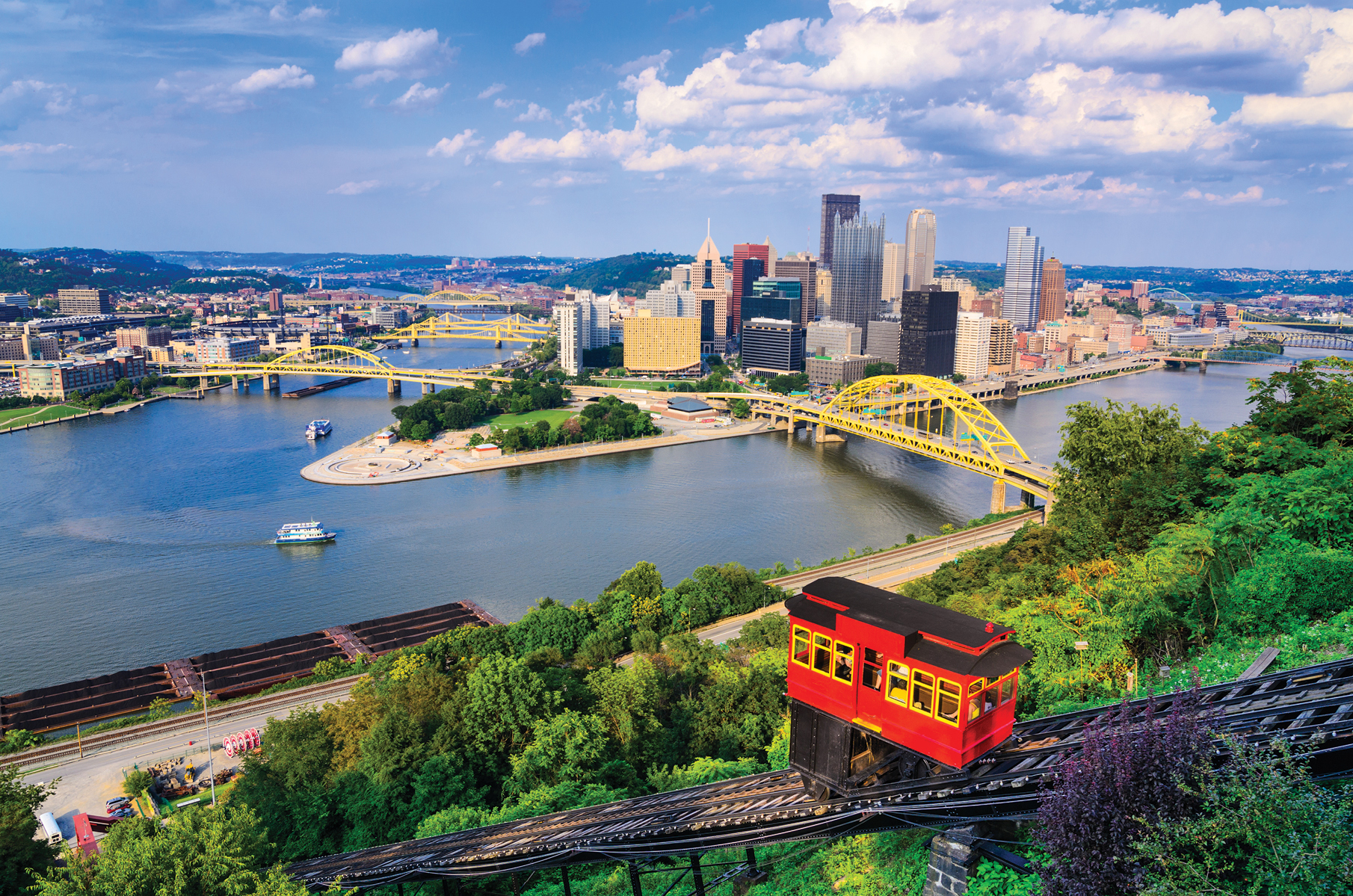 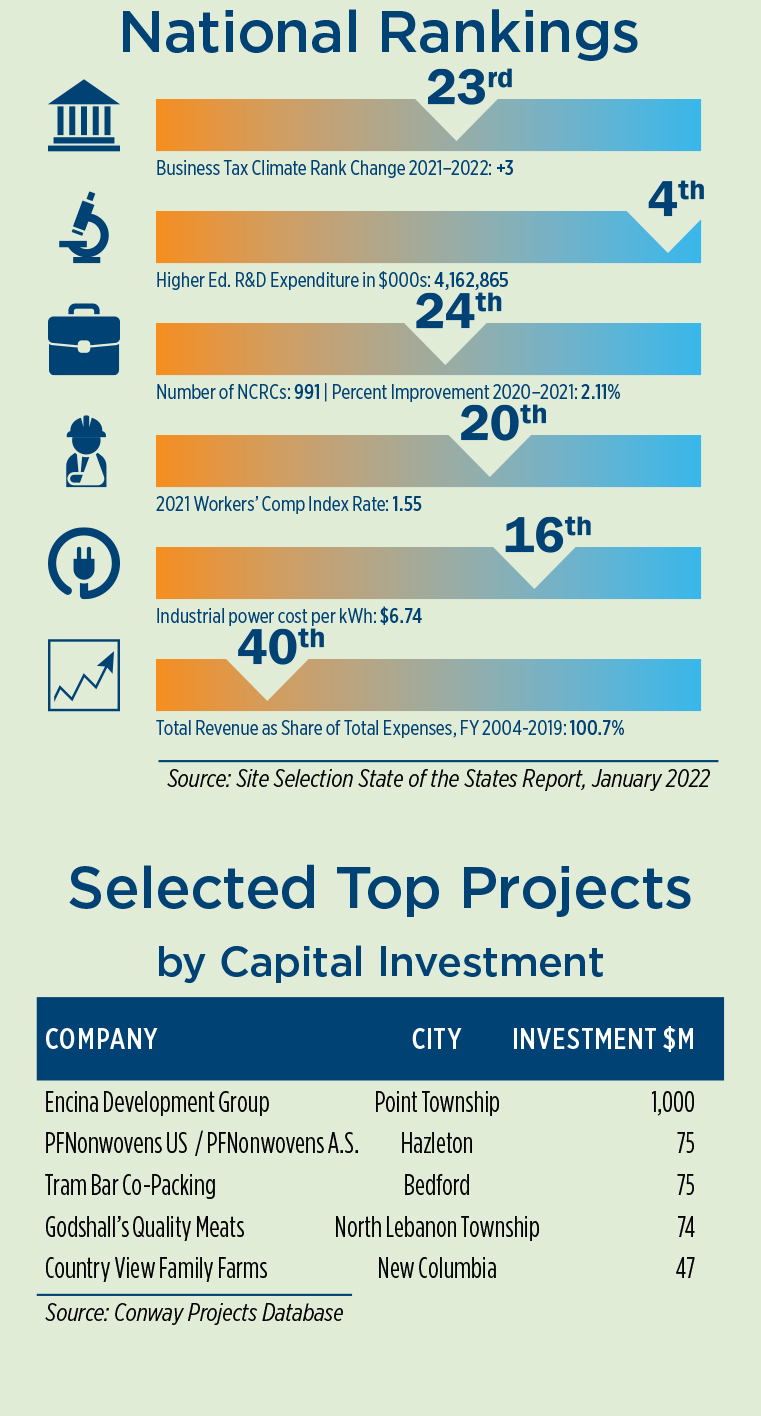 ormer steel plants are finding new leases on life around the U.S. as investors repurpose them for producing renewable energy equipment. A recent example is the reopening of the shuttered Bethlehem Steel manufacturing factory in Leetsdale, Pennsylvania, 11 miles northwest of Pittsburgh on the Ohio River. In June, Nextracker LLC, a leading producer of utility-scale solar trackers, and BCI Steel, a Pittsburgh-based steel fabricator, announced plans to produce solar tracker equipment for large-scale solar power plants at the site. (Another example, in Maryland, can be found in the Tradepoint Atlantic Investment Profile on page 204). Solar trackers adjust solar panels to remain perpendicular to the sun’s rays.

The steel plant will use BCI Steel’s new and reshored equipment shipped from a factory in Malaysia. Solar tracker products made in Leetsdale will serve rapidly growing solar markets in Pennsylvania, Indiana, New York and Ohio. While still a Bethlehem Steel facility, the plant built troop landers used in the invasion of Normandy in 1944. 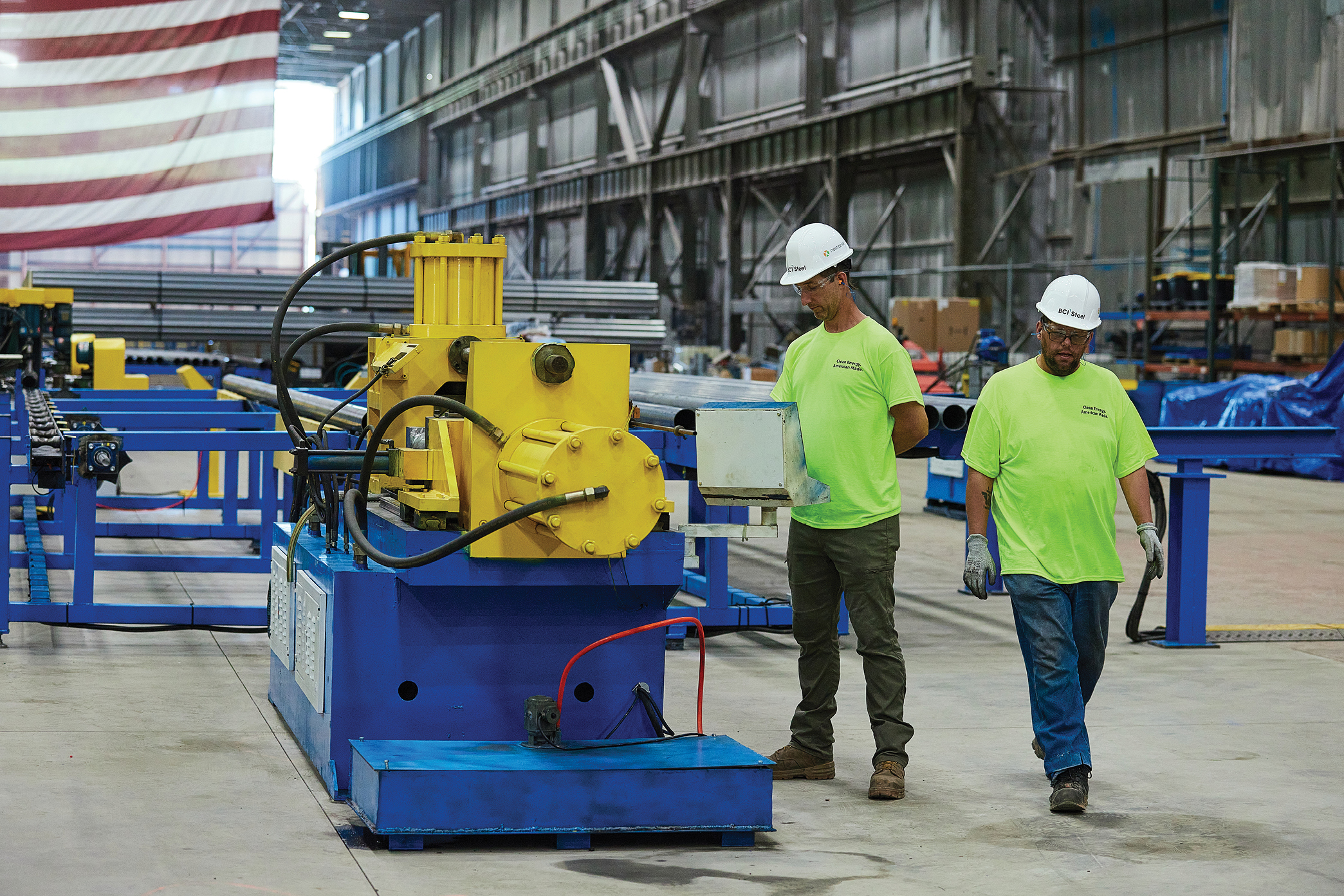 BCI Steel will fabricate solar trackers at this former Bethlehem Steel plant in Leetsdale, near Pittsburgh.

“U.S. Steel is pleased to supply steel that is mined, melted and made in America for Nextracker’s advanced solar tracker systems,” said Ken Jaycox, SVP and CCO at United States Steel Corporation, at the project announcement. “We applaud Nextracker’s expansion of manufacturing in Pittsburgh and other locations in the U.S.” Nextracker recently opened a green steel tracker production line in Texas with JM Steel, and a dedicated steel production line in Arizona with Atkore. 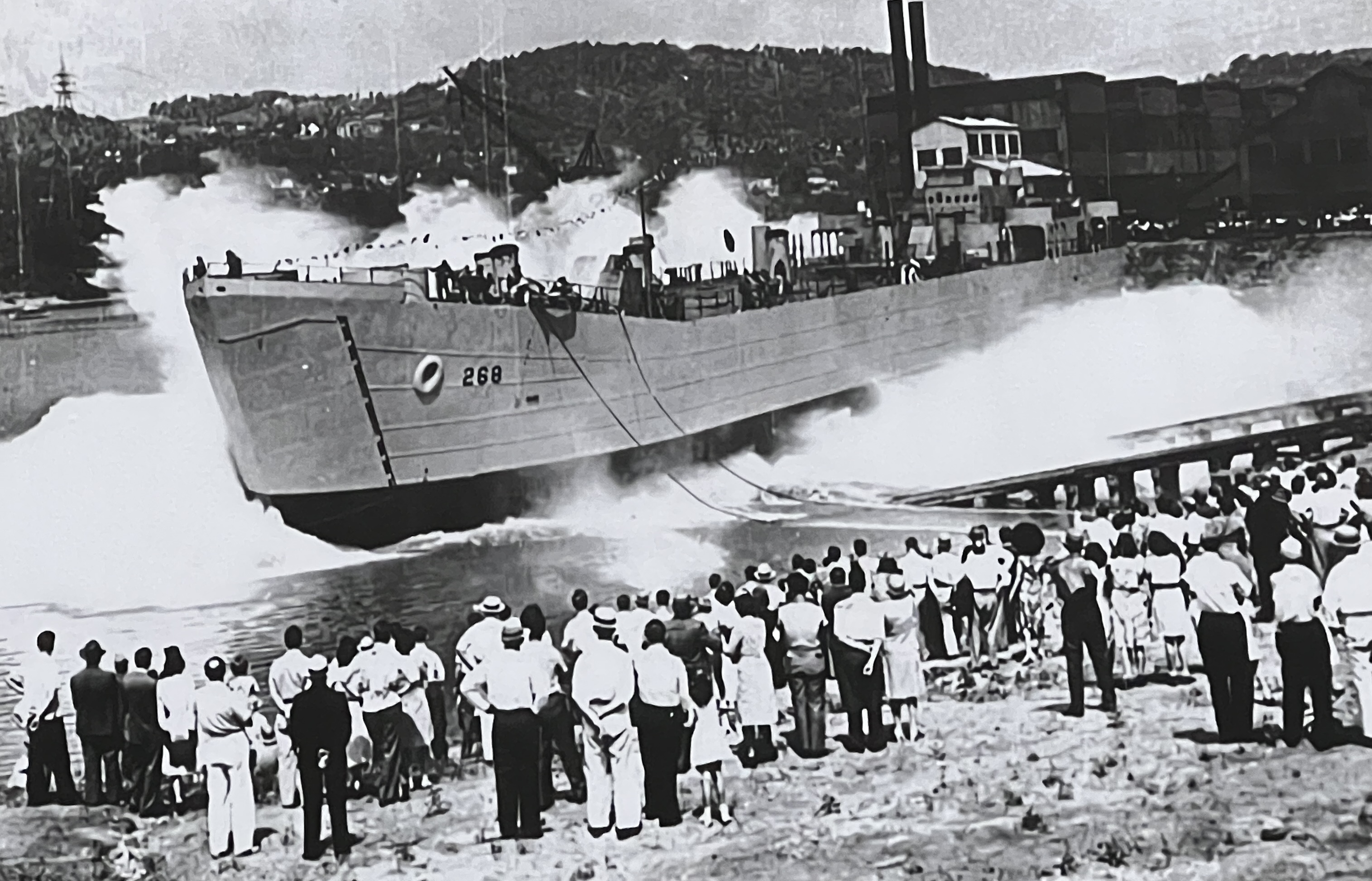 BCI Steel will make solar trackers at a site in Leetdale where Bethlehem Steel once built troop landers used in the invasion of Normandy in 1944.

“U.S. Steel will be a prime supplier as are Steel Dynamics and a variety of others,” Josh Beck, chief investment officer at BCI Technology Investments, tells Site Selection. “One of the reasons we’re based here in Pittsburgh is the high-level arrangements that we can structure with U.S. Steel.” BCI Steel has worked closely with Nextracker since its early days, says Beck, including as investors.

“In phase one,” he explains, “we are making 30-foot tubes from raw steel coil that are later sent through a tube mill to cut them to size. We then go to a proprietary drilling and swaging operation that marks the holes, so they fit together properly and that are perfectly mounted for each individual project. That’s highly variable depending on which solar modules you’re using.

“Initially,” Beck continues, “we’ll be producing about a gigawatt per year of end product and can double or triple that. In phase two, we’ll be adding a second tube mill and drilling and swaging line to produce three to five gigawatts of hardware for Nextracker per year. We’re talking about a tremendous amount of steel — more than a thousand truckloads of raw coil.”

Beck says the Leetsdale site is “very strategically located on the Ohio River where we have been able to, in a high-functioning way, consolidate the supply chain. BCI does manufacturing in 12 countries, and we’re very good at pivoting production between our facilities to optimize for the logistics costs. We were dealing with huge, runaway logistics costs coming out of Asia, plus the constraints at the Port of Los Angeles and elsewhere. Our customers were experiencing four- and five-month delays just for disembarkment. Customers, including Nextracker, were telling us they couldn’t afford this amount of logistics uncertainty. We knew we were going to onshore a portion of our operations.”

BCI Steel closed its Johor, Malaysia, facility and moved that operation to Leetsdale, which Beck says is the largest utility-scale tracker production center on the East Coast, supplying customers in the Midwest. By barge, he notes, trackers can be shipped to Cincinnati in just five days rather than six to eight weeks on the water from Asia. “We really have a competitive advantage for East Coast shipments with all the rail and barge we have in Pittsburgh,” says Beck. 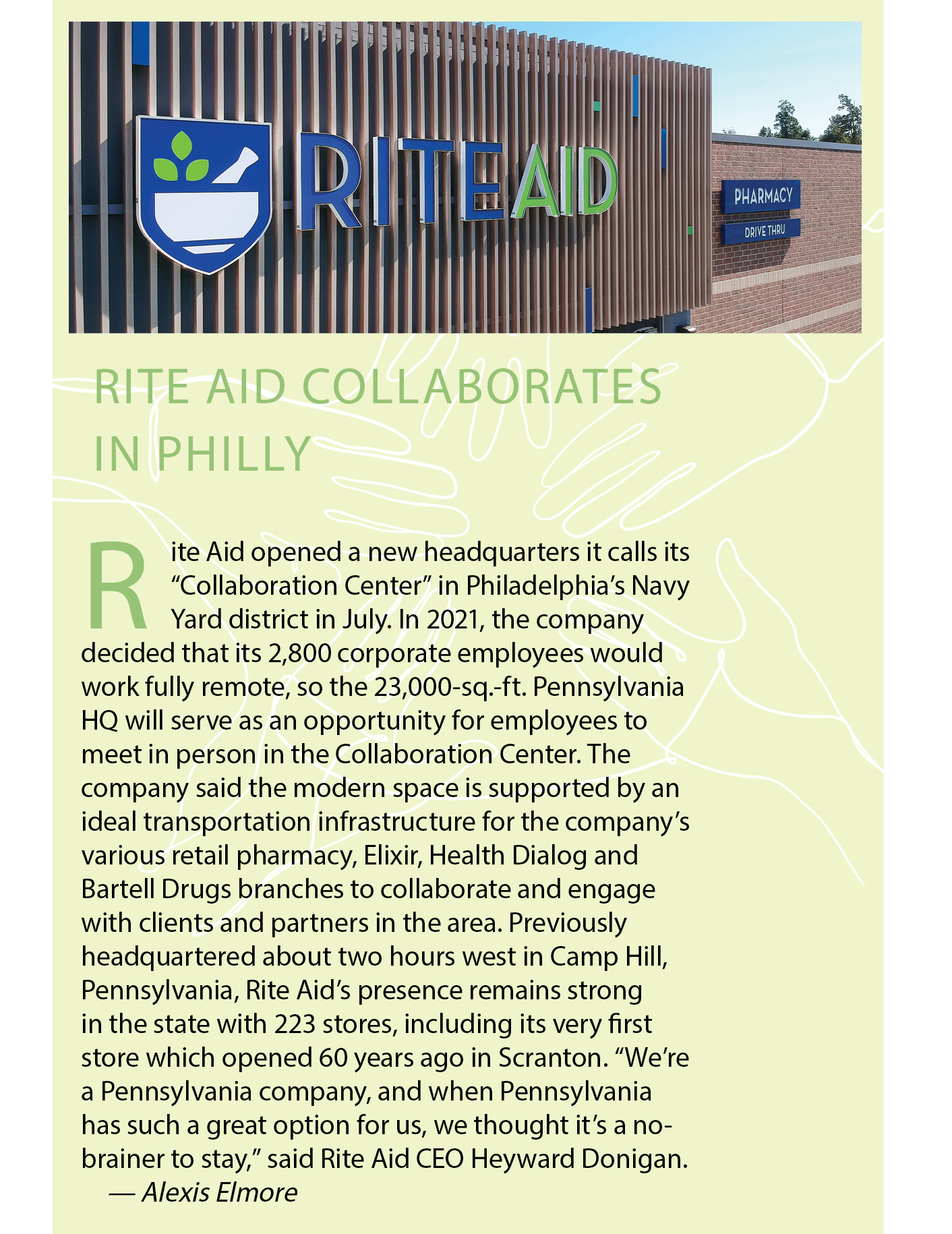 What does the project mean for the Pittsburgh region?

“This is an exceptional example of investment at the intersection of southwestern Pennsylvania’s legacy — and future — in manufacturing and energy,” said Pittsburgh Regional Alliance President Mark Anthony Thomas in a statement. “It’s a huge win to have Nextracker, in partnership with BCI Steel Co., select the Pittsburgh region. Our longstanding capacity and expertise in steel fabrication will be pivotal to advancing Nextracker’s large-scale solar projects.

“We’re thrilled to have this global company make our region a supply chain partner,” he added. “The strengths and resources we bring to bear — including BCI’s existing local steel factory ready for revival and a highly skilled manufacturing workforce — will be pivotal to propelling U.S.-based renewables manufacturing. The Pittsburgh region — with its focus always on what’s next — is excited to have this opportunity to be a part of advancing the future of energy and the transition to net-zero carbon through transformative investments such as this.” 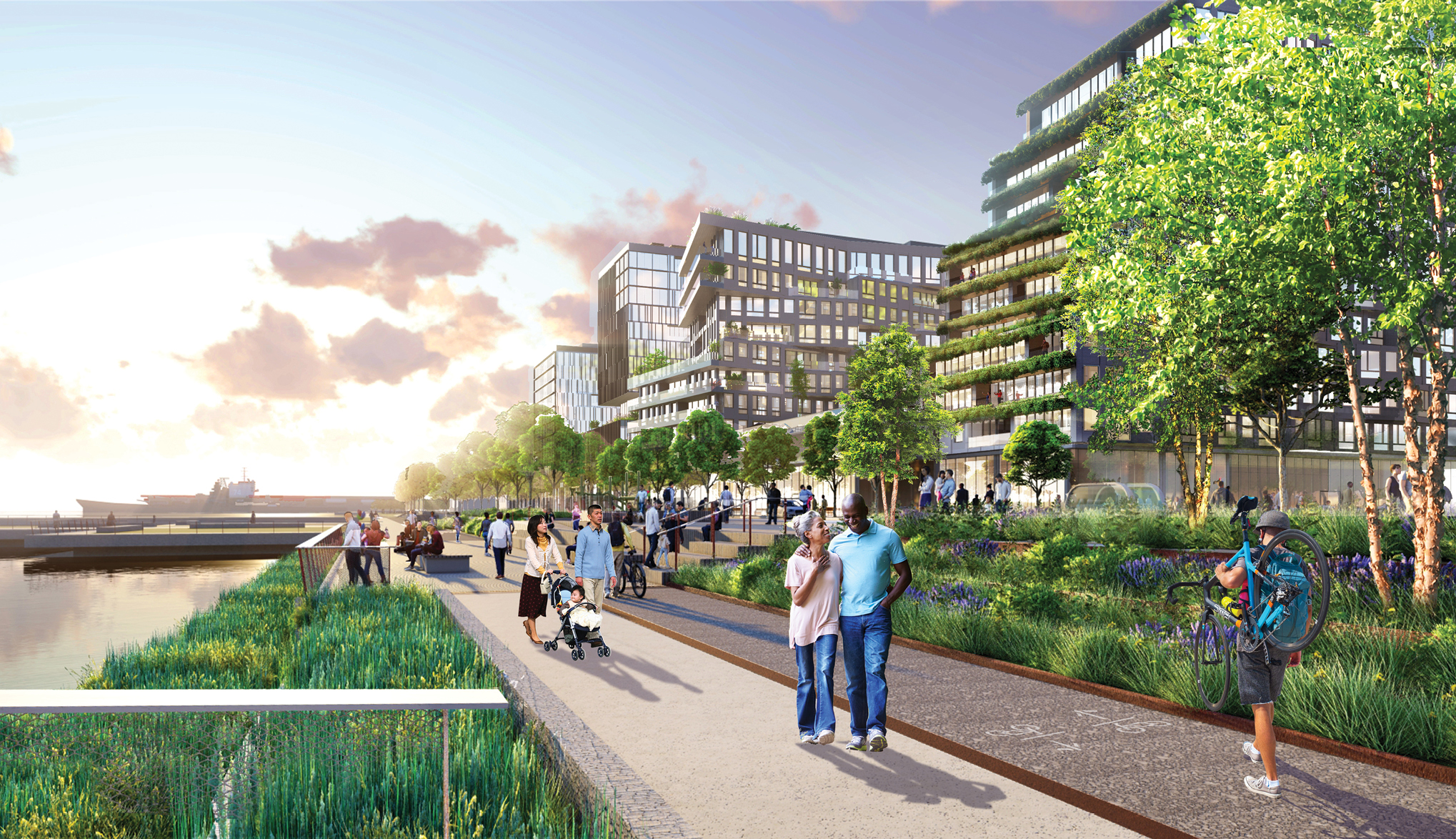 On June 28th, PIDC, Philadelphia’s public-private economic development corporation, and developer Ensemble/Mosaic introduced the 2022 Navy Yard Plan. The 1,200-acre development on the site of the historic Philadelphia Naval Shipyard is home to more than 150 companies and organizations. Over the next 20 years, the Plan aims to deliver 12,000 new jobs, 8.9 million sq. ft. of new life science, commercial, residential, retail, and mixed-use development and $6 billion of new investment.

“The Navy Yard has been an anchor and economic driver for Philadelphia for more than two centuries, serving in both times of war and peace,” said Philadelphia Mayor Jim Kenney at the announcement. “Today, the progress it has made and will continue to make as outlined in this Plan will help reinforce its role as a leading business and life sciences campus and an unrivaled asset to the city.”

Highlights of the plan, according to a release, include: 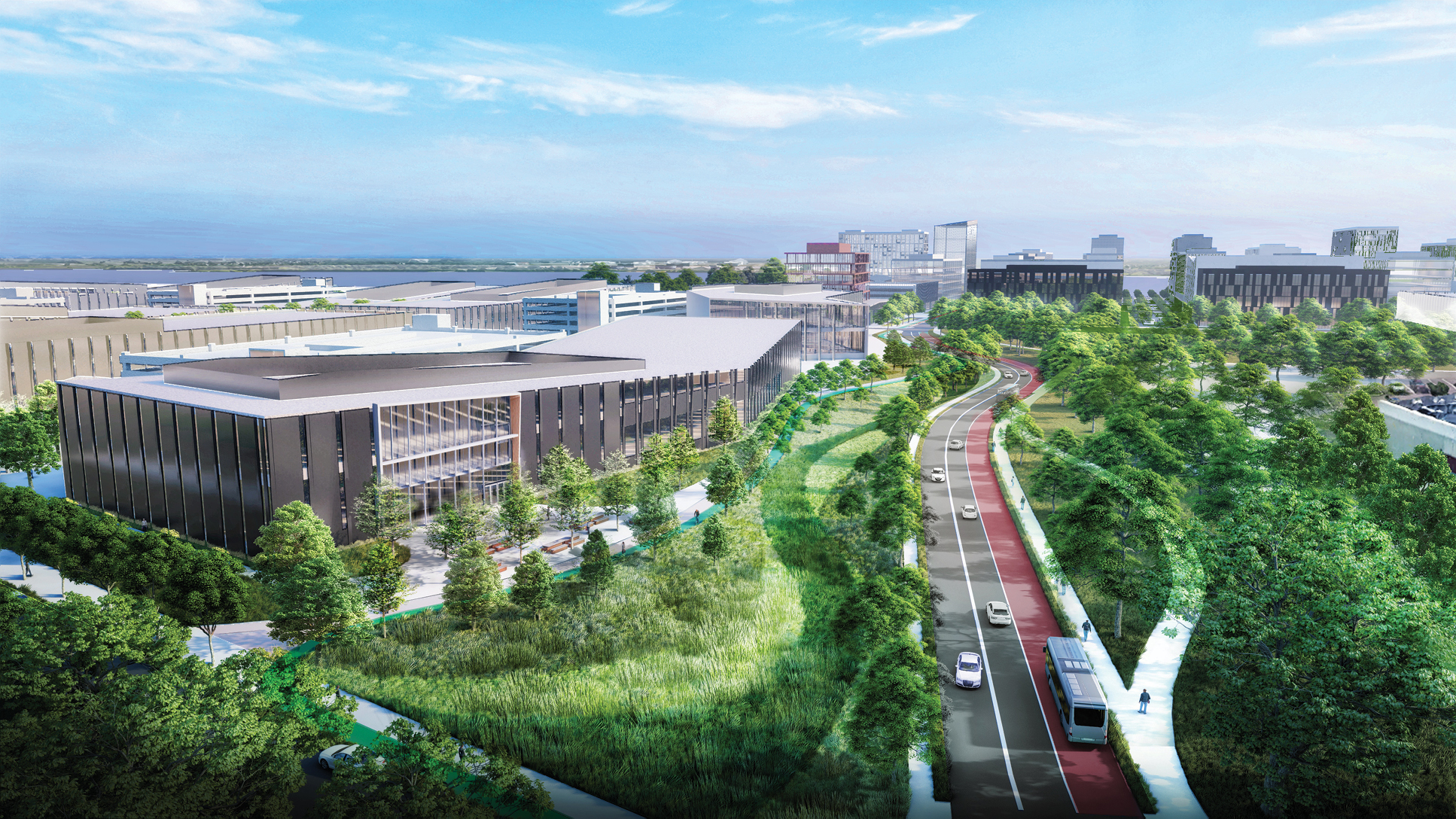