The World Finds A Home in San Bernardino County

How one Southern California county became a magnet for FDI. 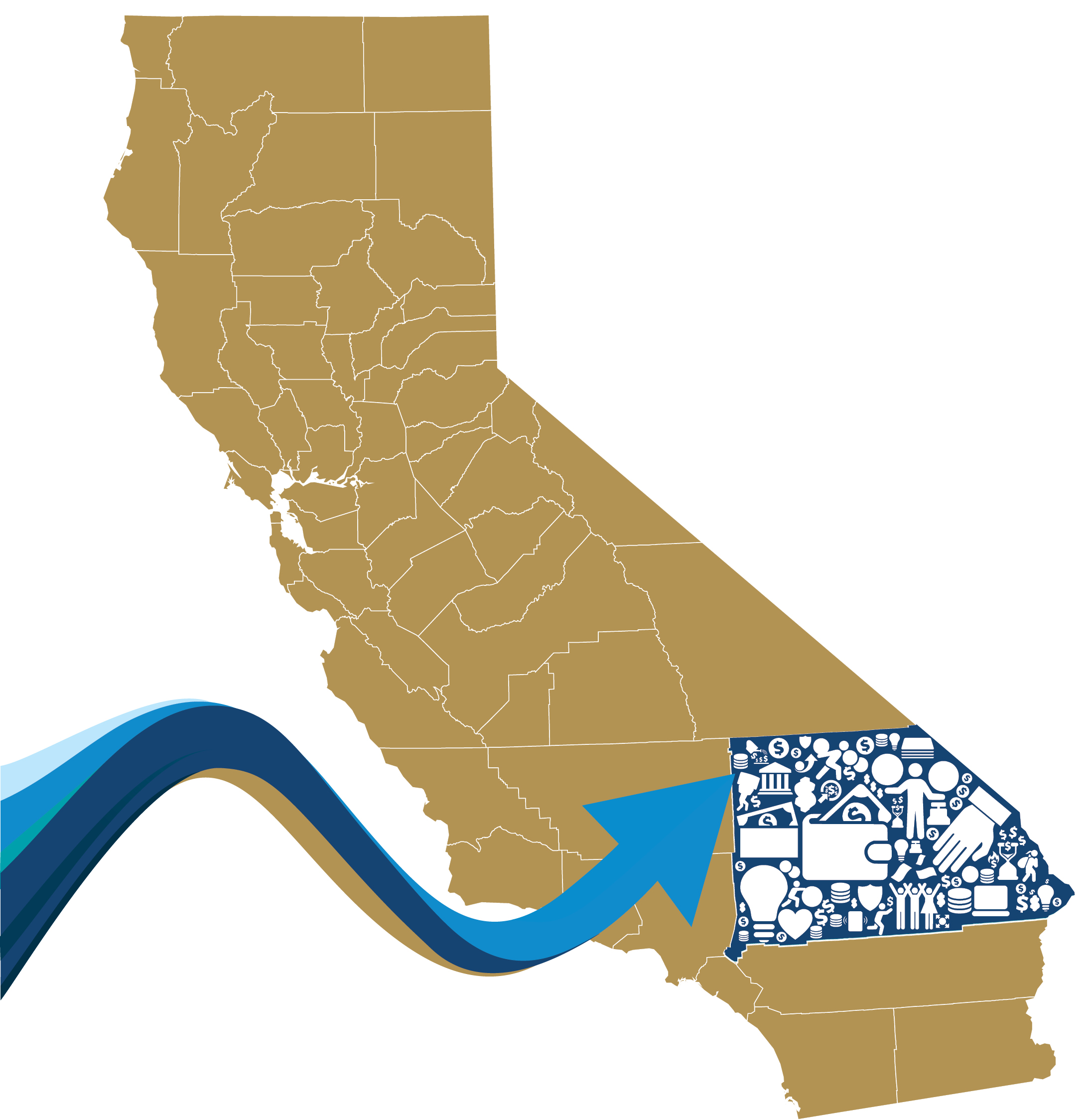 ven as the American West deals with historic drought conditions, one company in San Bernardino County may have tapped a way to provide clean drinking water to millions of Southern California residents for decades.

Biwater USA, based in Rancho Cucamonga, specializes in membrane water treatment for reuse water applications for the municipal sector in the United States. In short, Biwater takes in wastewater, treats it and purifies it so that it’s safe for people and animals to drink.

“We are one of the leading companies in what we do,” says Richard White, president of Biwater USA, a subsidiary of UK-based Biwater. “We build core technology equipment for water treatment plants. We’re helping Southern California deal with the drought.”

Originally based in Los Angeles County, the firm outgrew its coastal accommodations and sought greener pastures inland. Biwater found the oasis it needed in Rancho Cucamonga, a city of 175,000 people in San Bernardino County in the Inland Empire of Southern California.

“Where we were was too costly,” White says of the firm’s former home. “We outsourced a lot of our fabrication work. We needed bigger space and the ability to receive supplies. We found that Rancho Cucamonga had a lot of industry in the area to support our operations — paint shops, material suppliers, etc. By moving here, we reduced our costs. We’re not paying a lot in shipping. A lot of vendors are centrally located to our plant. Plus, with the skillsets of metal fabricators and other workers in the area, the resource pool for staffing is very competitive in San Bernardino County.”

Armed with a $1.6 billion contract backlog overseas, Biwater is pushing headlong into America as its U.S.-based subsidiary stacks up a series of high-profile contracts to supply membrane-based plants to cities. A recent project win is a desalination project in Pico Rivera, California, which will supply 160,000 people with clean drinking water. Biwater fulfilled the design, supply, installation and commissioning of the ultra-filtration and reverse osmosis systems for the plant in this L.A.-area city. This is believed to be the largest direct-coupled ultra-filtration and reverse osmosis system in North America, providing more than 14.8 million gallons of clean drinking water daily to residents and businesses in the region.

“The membrane systems are two of the three key process technologies essential to the indirect potable reuse solution,” says White. “Biwater’s membrane technologies will help replenish groundwater supplies to ensure local aquifers are sustainable and continue to be a vital and growing contributor to the region’s water demands.”

The long-term goal of this project, as well as others planned by the company, is to reduce Southern California’s dependence on imported water. As Southern Nevada’s Lake Mead dries up and reaches dangerously low levels, technologies like the one developed by Biwater USA will be critical to keep the economy of the American Southwest growing and healthy.

The Recruiter in Chief

Recruiting foreign-owned companies like Biwater to San Bernardino County is the job of Derek Armstrong, director of economic development for the county.

“Japan, Germany, Canada and Mexico provide the most foreign direct investment to our county, but we are keeping our eye on other countries too,” says Armstrong. “Taiwan leads the world in semiconductor processor manufacturing, and we’d like to get into that business. We would welcome investment from Taiwanese firms doing business in that sector. Foreign companies know that they can come here and do business in this county and prosper.”

Armstrong says the county supports international companies through a variety of programs. “We are a one-stop concierge to help them with all aspects of gaining entitlements and permitting,” he says. “We are only a two-hour drive from Mexico. We border both Los Angeles and Las Vegas. We share a border with Arizona. We have over 20,000 square miles and more than 2.2 million people. There are a lot of reasons why foreign firms would want to be here.”

White of Biwater says the county has been especially helpful as his company increases its workforce. “We have 15 people now, and we plan to triple the size of our workforce over the next 24 months,” he notes. “We like San Bernardino County because it is well balanced in residential and industrial. The community as a whole is balanced. This is somewhere you can grow. I had some vendors visit us today from the San Diego area. They said they were impressed by how well manicured this area is. It is not just an industrial zone.” 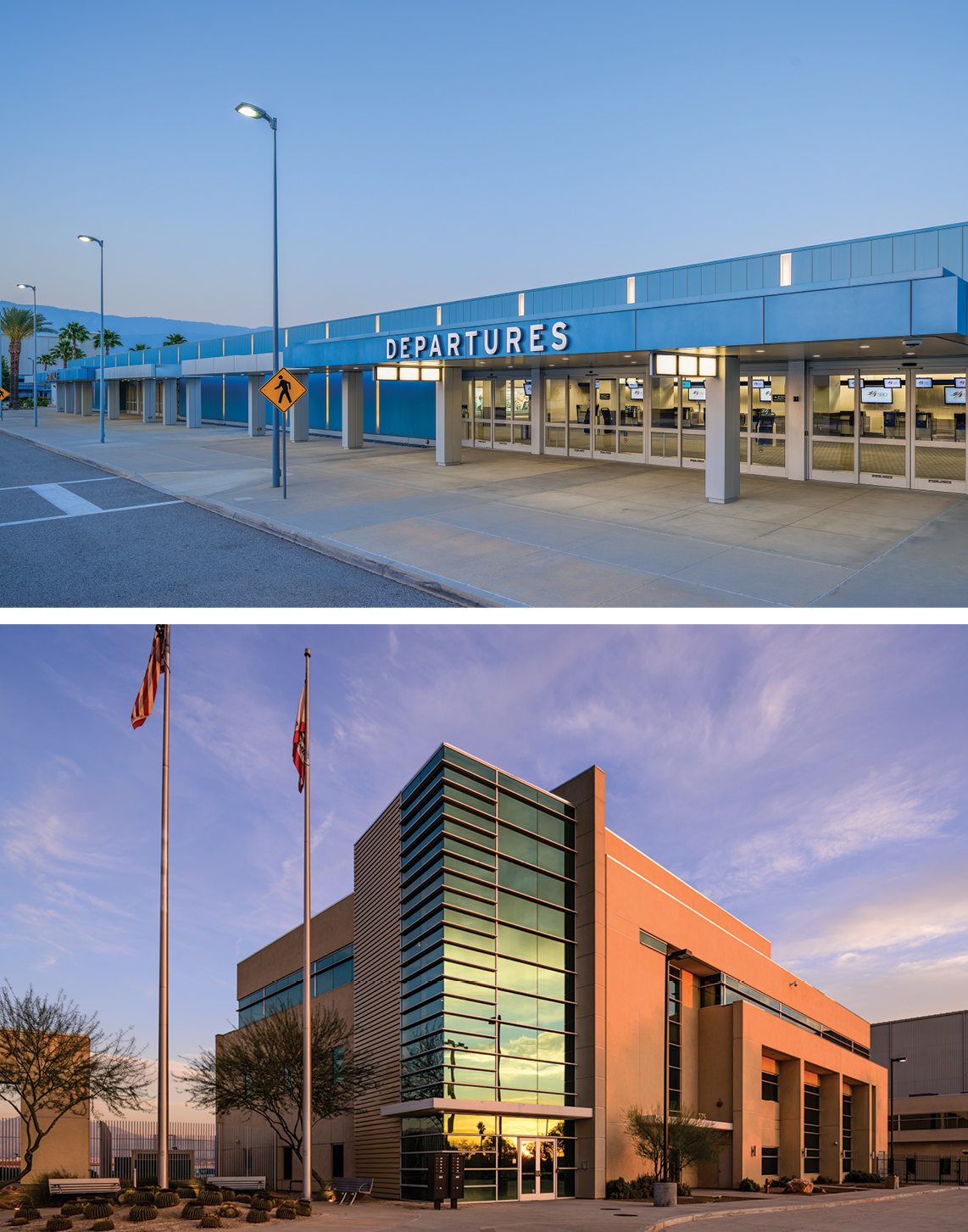 “Our primary manufacturing lines here are straight noodle lines,” says Adams. “The Korean population automatically thinks of our brand. We have captured 75% of the noodle supply in South Korea, and we are rapidly growing in North America.”

In addition to production and logistics operations in San Bernardino County, the company maintains warehouses in Chicago, Texas and New Jersey in smaller facilities. “We have sales offices in multiple cities as well,” says Adams.

Adams says the San Bernardino County location enables Nongshim USA to reach multiple markets. “We are able to bring in our supplies through the ports. This is an ideal location here close to the Ports of Los Angeles and Long Beach,” he says. “It’s also close to freeway access. We can go north, east and south from here. We ship via rail and truck into Canada.”

Adams says the quality of labor is attractive as well. “San Bernardino County has been the up-and-coming area in Southern California. Rancho Cucamonga, specifically, has done a good job with its master plan for roads and homes,” he notes. “They are bringing in high-quality employees from other areas. A good infrastructure is here. People are coming here from Los Angeles and Orange County because they want to live here.”

Things are going so well for Nongshim, in fact, that expansion is in the offing. “We have maximized our footprint,” says Adams. “We have six new manufacturing machines here. We have three high-speed lines at the new plant and will install two more there.”

The Welcome Mat Is Open to All

Adams adds that Nongshim USA would welcome other foreign firms entering the market. “This is a great hub for branching out into the U.S. and reaching markets overseas,” he says. “The weather is good for manufacturing, unlike the Northern states and many East Coast cities. The ports on the West Coast are ideal for bringing in products. The potential growth of this area for expansion is still lucrative for companies.”

As for Nongshim itself, Adams says the future is brighter than ever. “Ramen is an easy food supply at a relatively low cost. Our product has about a one-year shelf life. We’ve seen lots of employees come into this country from Korea. And there has been family growth as well. Those markets then want a regular supply of good food. We will definitely continue to grow to keep up with this demand.”

Adams also compliments the county business climate. “I work closely with Rancho Cucamonga and San Bernardino County on permitting. It is great working with them. They are pretty good at trying to help you. Communication has been open.”

He also likes the fact that he has multiple travel options. “We can fly out of either Ontario or LAX,” he says. And pretty soon, they’ll be able to fly out of San Bernardino too.

Breeze Airways, founded by JetBlue founder David Neeleman in 2021, is now flying out of San Bernardino. “This is an incredible day for the Inland Empire and its residents and businesses,” said Frank J. Navarro, San Bernardino International Airport Commission president and mayor of the nearby city of Colton. “Breeze Airways’ launch of daily nonstop flights to SFO, with connections to the U.S. and the world, means our community now has a convenient and affordable airport and airline choice for their leisure and business air travel needs.”

Navarro added that “new commercial flights raise the Inland Empire’s profile in the Southern California region and create much-needed jobs for our growing community. I am thankful to the entire Breeze team for their commitment and investment at San Bernardino International Airport.”