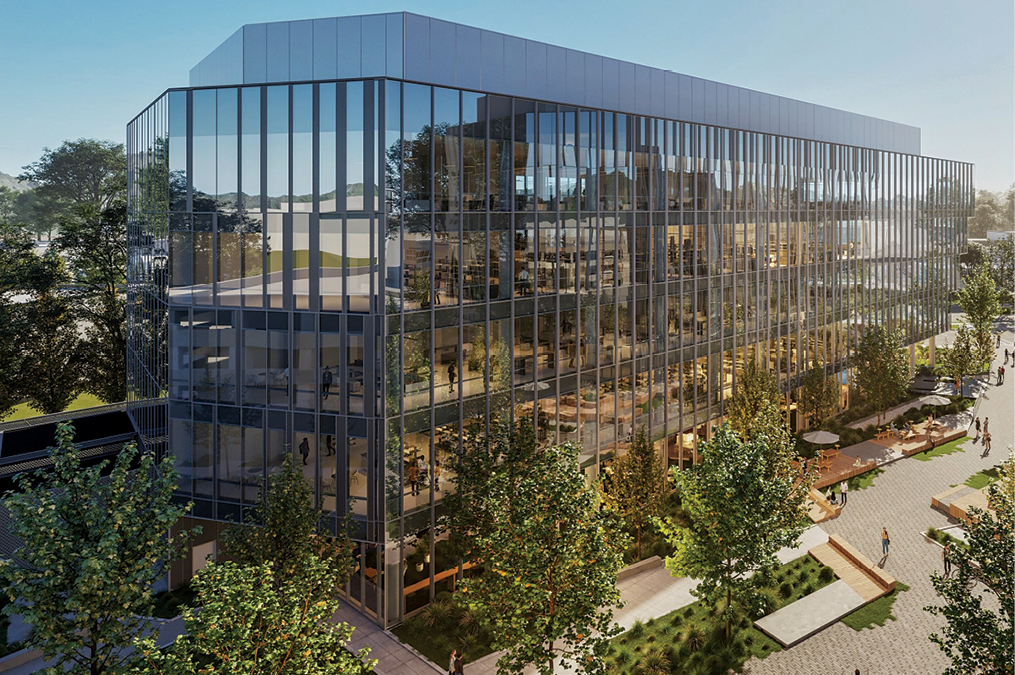 The new Astellas West Coast innovation and research center in South San Francisco is expected to be complete in summer 2023.
Rendering courtesy of Astellas Pharma
by Adam Bruns
A

Some of the life sciences construction activity in these leading biotech locations is coming from abroad. In July, Tokyo-based Astellas Pharma announced plans to create a $70 million integrated biotechnology campus in South San Francisco as its West Coast innovation and research center. The 154,000-sq.-ft. building will allow for the co-location of several Astellas business units and functions currently located independently throughout the San Francisco area, the company said. Its other hub location? Greater Boston.

“By uniting our business units in the Bay Area, we are creating a dedicated West Coast center in the vibrant South San Francisco corridor alongside other leaders in the biotechnology and pharmaceutical industry,” said Yoshitsugu Shitaka, Ph.D., chief scientific officer at Astellas. “Similar to the Astellas Biomedical Innovation Hub located in the greater Boston area, this new facility will foster even greater levels of collaboration amongst our world-class, multi-disciplinary teams working in cell and gene therapies, development of business opportunities and all those who support our endeavors to create value for patients.”

The climb in construction activity documented in the CBRE report came even as VC funding for U.S. life sciences companies fell by 13.3% quarter-over-quarter and 27% year-over-year in Q2. “However, rolling four-quarter average funding was up 54.2% from the start of the COVID-19 pandemic in Q2 2020,” CBRE stated.

“Few, if any, sectors are completely immune to economic cycles. Even so, the life sciences sector is buttressed by more fundamental, long-term shifts than most industries, such as advances in science and technology, expanding uses for biotechnology, and the long-term trend toward more individualized treatment,” said Matt Gardner, CBRE’s Americas Life Sciences leader.

One place expanding to accommodate those expanding uses is in the Boston-area city of Newton, where LabShares Newton in July opened 19,000 sq. ft. of new incubator lab space and expects to open another 6,000-sq.-ft. lab in September. The company says all private suites have already been committed to a group of biotech startups.

The PitchBook-NVCA Venture Monitor documented $37.8 billion in pharma and biotech deal activity in 2021, the highest level in more than 15 years, part of overall life sciences VC activity totaling $53.2 billion across a record level of 2,467 deals. 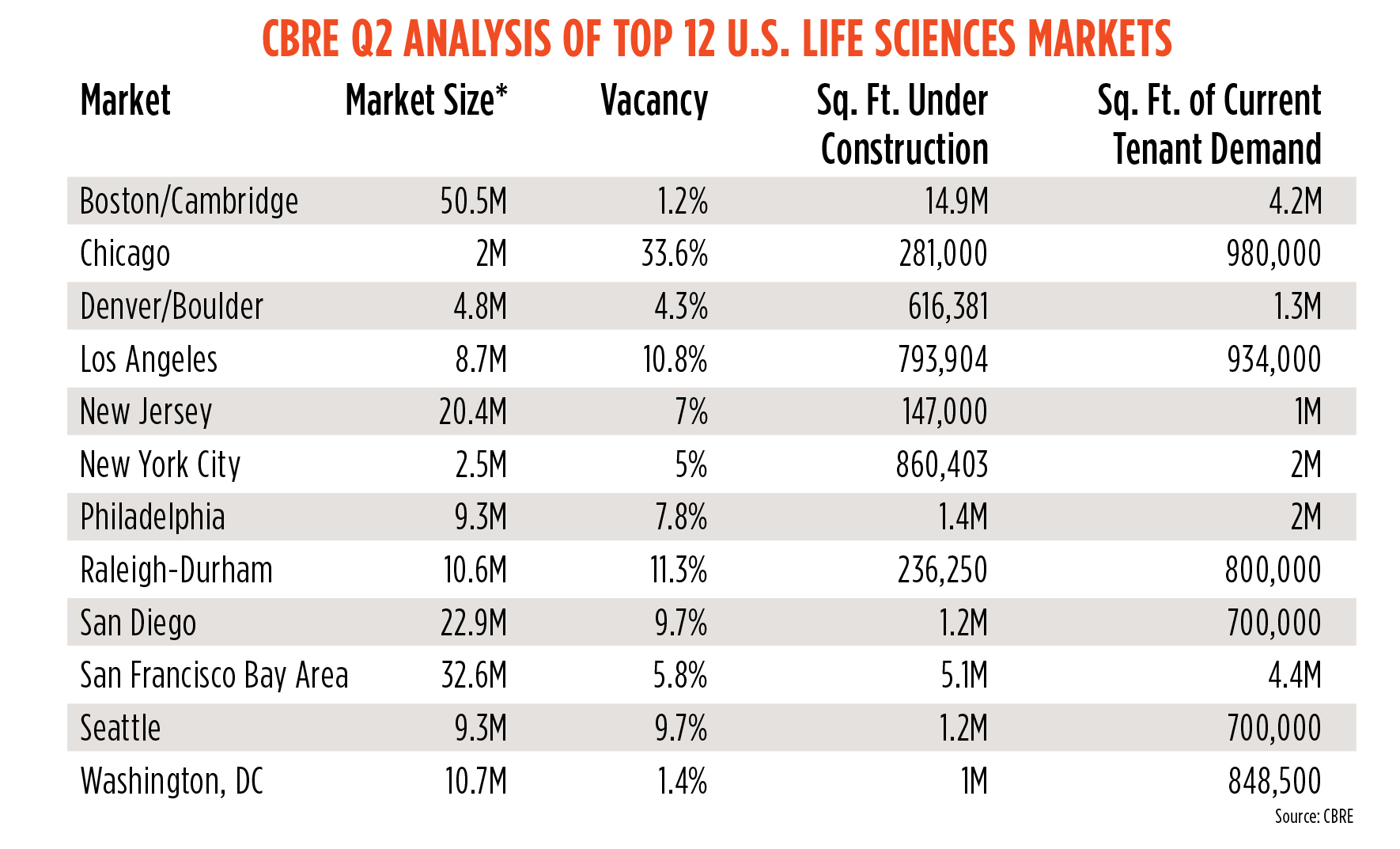