Center for Clean Hydrogen Opens at University of Delaware 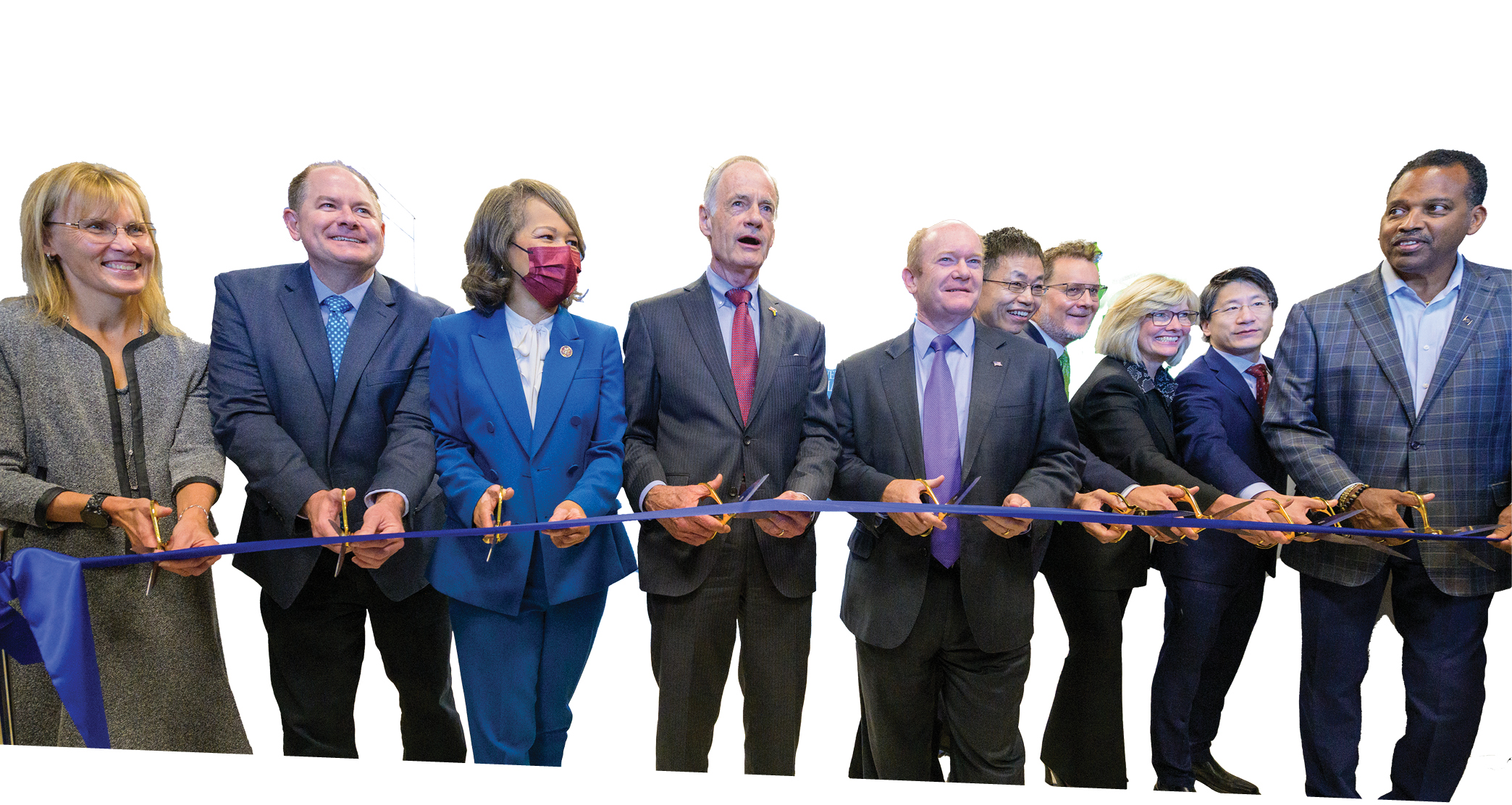 Chemours and University of Delaware leaders joined with elected and federal officials to unveil the Center for Clean Hydrogen in October 2022.
CREDIT: Photo courtesy of Chemours
by MARK AREND
T 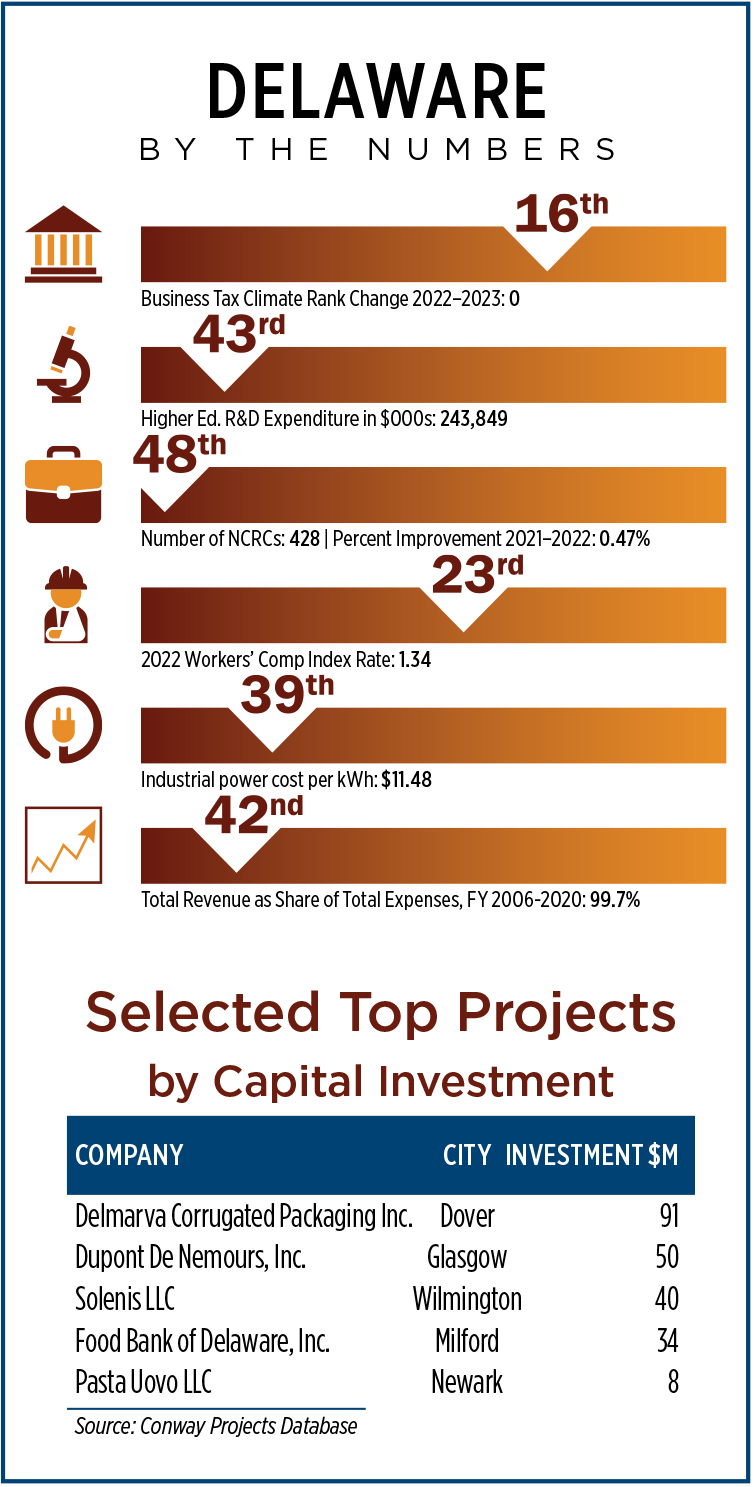 he University of Delaware (UD) launched the Center for Clean Hydrogen in October 2022 to accelerate the transition to clean energy by reducing the cost of hydrogen and hydrogen-related technologies, according to an article on UDaily, an online publication of the university. The Center is fueled by an initial $10 million in funding from the Department of Defense.

“By bringing together leaders in the hydrogen field from academia, industry and the federal government, the new center will serve as a one-of-a-kind facility for fabricating and testing hydrogen technologies such as fuel cells and electrolyzers at commercial scale,” the article explains. “The center, located in Delaware Technology Park near the UD campus, also will help train the highly skilled clean energy workforce of the future. Additional funding and collaborators are expected as the center’s research and projects expand.”

UD President Dennis Assanis: “Through the new Center for Clean Hydrogen, leading University of Delaware researchers will collaborate with their peers in industry and government to develop breakthrough innovations and shape the talent and workforce to leapfrog into the future. UD faculty and students will discover new ways to accelerate energy transition by reducing the cost of clean hydrogen and related technologies. The center will be a real game-changer in clean energy research as a catalyst for positive impact on our planet.” 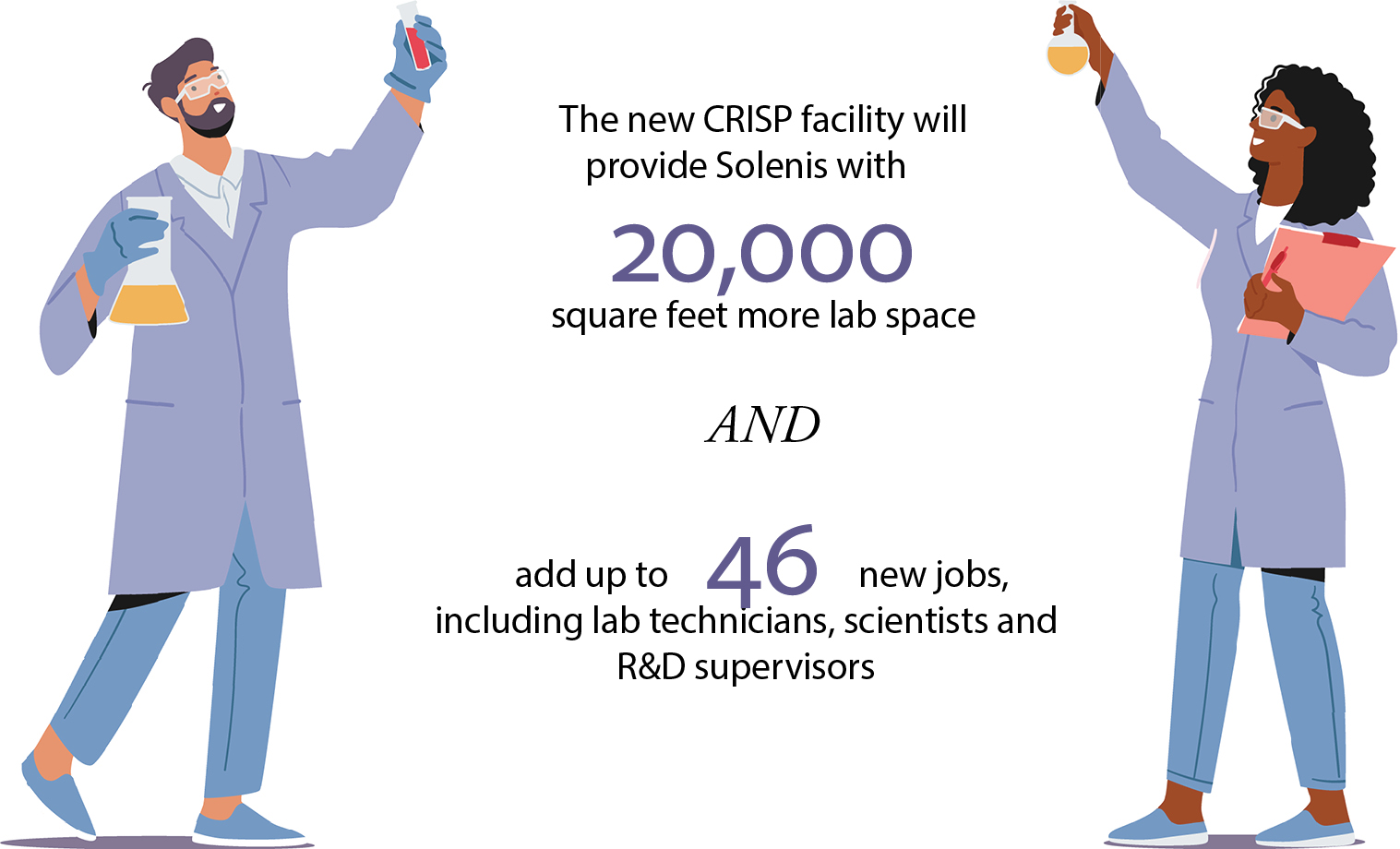 Collaborators in the new UD center, according to UD, include Chemours, Plug and the U.S. Department of Energy’s National Renewable Energy Laboratory (NREL), in addition to DOD. Plug is a leader in the manufacturing of electrolyzers and fuel cells, and NREL is leading the world in hydrogen research, safety and the development of building and equipment codes and standards for hydrogen production, storage and use. Chemours, which established its Discovery Hub on UD’s Science, Technology and Advanced Research (STAR) Campus in 2020, is a leading supplier of Nafion™ ion exchange membranes that are at the center of electrolyzers, devices that can split water into hydrogen and oxygen using electricity, and fuel cells, which combine hydrogen and oxygen to generate electricity.

Also in October, water technologies company Solenis chose its hometown of Wilmington as the site for a $40 million research and development expansion. It will expand its R&D operations with a move to the 100,000-sq.-ft. building at Chestnut Run Innovation and Science Park (CRISP), a former DuPont campus that MRA Group is developing into a hub for a range of life sciences and advanced chemical companies, according to the company, which supplies innovative specialty chemicals and services for process, functional and water treatment applications to consumer and industrial markets.

“Our recently opened headquarters at Avenue North, allows us to continue to attract, retain and recruit the highest caliber of employees.”

The new CRISP facility will provide Solenis with 20,000 more sq. ft. of lab space than the company currently has at its existing R&D center on Ashland’s Wilmington campus. In addition to more space, the larger, upgraded site will allow Solenis to add up to 46 new jobs, including lab technicians, scientists and R&D supervisors within the next three years.

“Solenis has deep roots in Delaware, so we are pleased to announce our continued commitment to growing in the state at CRISP,” said CEO John Panichella at the announcement. “This investment of moving our Wilmington research center to a contemporary new location, in combination with our recently opened headquarters at Avenue North, allows us to continue to attract, retain and recruit the highest caliber of employees.”

On December 12, the Delaware Business Times reported that City National Bank is expanding in Newark. The article says “the new space will be home to a major workforce expansion for City National, growing its headcount by more than 475% in adding 253 new positions over the next few years, including operations managers, project managers, business analysts, operations specialists and other similar positions. That hiring is expected to begin in early 2023. About 175 of those jobs will be lower, entry-level roles, but City National is preparing a $80,000 average starting salary at the office, which is about 10% higher than the state’s median household income.”