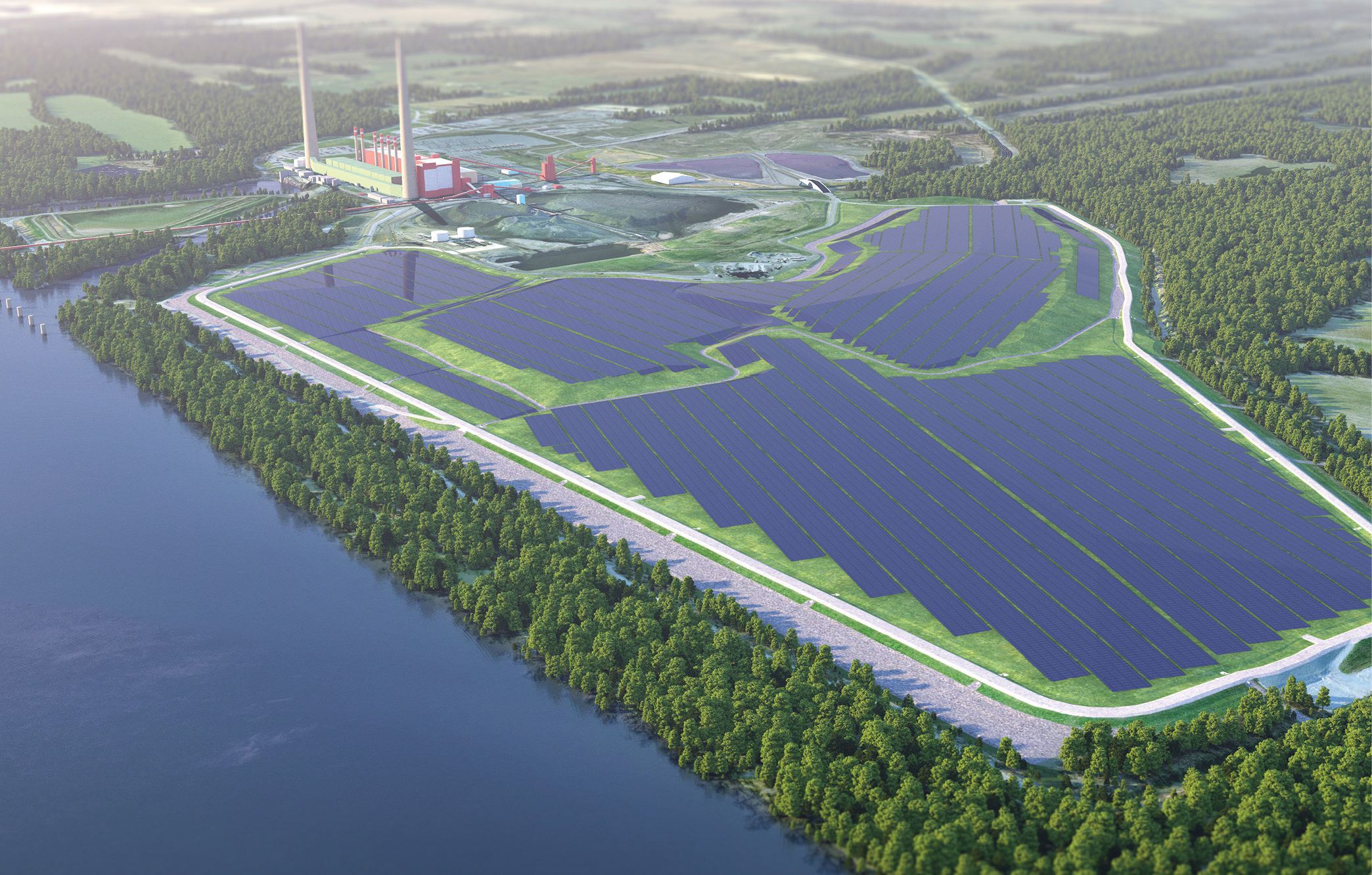 A $216 million pilot project from TVA at the Shawnee Fossil Plant in Starkville, Mississippi, will be the nation’s first to explore repurposing a closed coal ash site for utility-scale solar power.
Rendering courtesy of TVA
by ADAM BRUNS
T

Projects announced in 2022 will do nothing but boost that GDP and clean-tech’s portion of it.

Just before Thanksgiving 2022, LG Chem announced the signing an MOU with the State of Tennessee to establish a new cathode manufacturing facility in Clarksville with an investment of more than $3 billion. The new plant “will be the largest of its kind in the United States, covering 420 acres with a production target of 120,000 tons of cathode material annually by 2027 to power batteries in 1.2 million pure electric vehicles with a range of 310 miles (500 km.) per charge,” the company said.

The company said Tennessee was the best choice “due to its proximity to key customers, ease of transporting raw materials and active cooperation of the state and local governments ... In addition to the benefits realized by investing in manufacturing on U.S. soil, LG Chem envisions the Tennessee site being the supply chain hub where material and recycling partners work together to supply global customers.”

The company said the factory in Mallard Fox Industrial Park is expected to be commissioned by 2025, with a planned annual capacity of 3.5 GWDC. The new fully vertically integrated facility will join three factories in Ohio, including one that is scheduled to come online in the first half of 2023, to form part of First Solar’s expanded domestic manufacturing footprint. First Solar says it is unique among the world’s 10 largest solar manufacturers for being the only U.S.-headquartered company and for not manufacturing in China. Its latest investment is expected to bring the company’s total investment in American manufacturing to over $4 billion.

“TVA currently has one of the largest clean energy RFPs in the market, 5,000 MW of carbon-free energy,” says TVA strategic consultant Joseph Burchfield. “What we’ve found is supply chain challenges. A company like First Solar with the ability to locate in our region really helps TVA and other utilities address some of their carbon goals and do so in a cost-effective manner. That particular product for solar, like any other project, had a fairly aggressive timeline. Opportunities they saw to coordinate their products with these utilities helped drive that, as well as some of the federal resources starting to flow into the broader clean energy sector.”

Burchfield says First Solar recognized an opportunity to expand its footprint to a region of the country where it could not only establish an operations footprint, but also develop partnerships with those utilities and with solar power projects themselves. “For example, there is a solar development in Muscle Shoals, Alabama, and First Solar was one of the partners for those modules,” he says. “That’s one example we’ll see replicated many times over in future years as they increase their production capabilities.”

“Georgia has become the clean energy manufacturing heart of America, and we are proud to contribute to the state’s advanced manufacturing economy,” said Qcells CEO Justin Lee.

Located near the company’s existing 1.7-gigawatt factory in Dalton, the expansion will bring Qcells’ total capacity in the U.S. to 3.1 gigawatts, equivalent to one-third of the country’s solar module manufacturing capacity.

“The space between execution and aspiration is where innovation lives. TVA was created as an innovation company and is uniquely positioned to demonstrate these technologies for the rest of the industry — both in the U.S. and around the world.”

— Jeff Lyash, TVA president and CEO, on the approval of a pilot project in Mississippi to determine if closed coal ash sites are suitable for utility-scale solar projects

TVA Target Market Specialist Adam Murray says those projects — like the region’s family of EV projects — have stirred up supplier interest. “The presence of Wacker Chemie has been key for us,” he says of the German maker of polysilicon and pyrogenic silica’s multibillion-dollar complex in Charleston, Tennessee, near Chattanooga. So has the presence of a savvy workforce. Companies making inverters or wafers, for example, are “looking for a ripe workforce in the area,” says Murray’s colleague Meryl Harris. “A lot of those skills needed for the EV side and the ways employers are working in the Southeast align with the supply chain on the solar manufacturing side.”

Advanced manufacturing skills of this type have been cultivated ever since the automotive industry first discovered the region, and ever since TVA was a pioneer in developing a megasite program. As it happens, the very last certified megasite left in the program — all the rest have been occupied — just landed its quarry in Columbus, Mississippi, where a clean-tech investment of sorts is happening in the form of a new aluminum plant and new biocarbon production facility in Golden Triangle Industrial Park from Steel Dynamics, which will invest $2.5 and create 1,000 jobs with an average salary of $93,000.

As it happens, the very first TVA megasite was occupied in Columbus too, when Russian-American JV SeverCorr selected it 16 years ago. Later a Severstal operation, it was acquired by Steel Dynamics in 2014.

Like those company names, sometimes target markets evolve too. “Automotive has always been one,” Murray says. “EVs became one four years ago. We completed our last review a few months ago. We’re keeping automotive and aerospace/defense. The one we’ve added is clean-tech, which encompasses quite a few industries and aligns better with some of TVA’s large goals as far as clean energy.” It includes hydrogen projects, solar panel manufacturers, alternative fuels, long-term battery storage and advanced nuclear power. 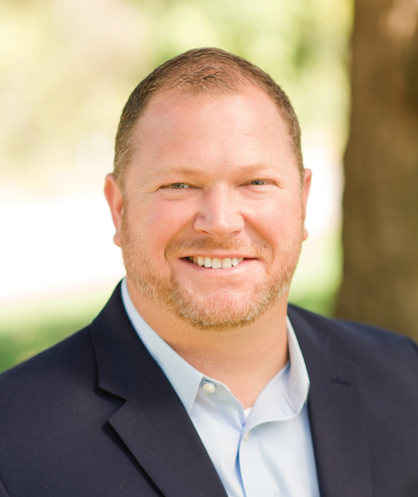 In December, yet another project landed in the Valley, as Ultium Cells, the JV between LG Energy Solution and GM, announced it will expand its battery cell manufacturing operations in Spring Hill, Tennessee, investing $275 million on top of the JV’s initial $2.3 billion investment 18 months previous. Four hundred new jobs will bring the site’s headcount to 1,700.

The state said at the announcement that since 2017, companies have committed to create nearly 12,000 new jobs and invested $16 billion in Tennessee through EV-related projects. The more than 180,000 electric vehicles produced in the state since 2013 means Tennessee ranks No. 1 in the Southeast for EV manufacturing.

It’s only natural for the rest of the clean-tech world to follow suit by following those pioneers to the region where they’ve found success.

More renewables and potential small modular nuclear reactors will no doubt help TVA achieve its carbon goals of 70% reduction by 2030 and net-zero by 2050. “We are trying to meet TVA goals and at the same time be able to create these new higher-paying jobs that come along with these industries,” says Murray, including the FDI opportunity from both Europe and Asia from advanced clean-tech companies.

“That’s what’s so promising about this industry sector,” says Burchfield. “It’s not us going out as economic developers to site new generation, but to identify the supply chain in the 20- to 30-year project to decarbonize the system.”

For the next generation.