Ford’s BlueOval City Is the Prow of the Ship

Ford’s prep work at BlueOval City has been proceeding since last spring, with an official groundbreaking taking place in September 2022.
Photo courtesy of Ford Motor Co.
by ADAM BRUNS
F 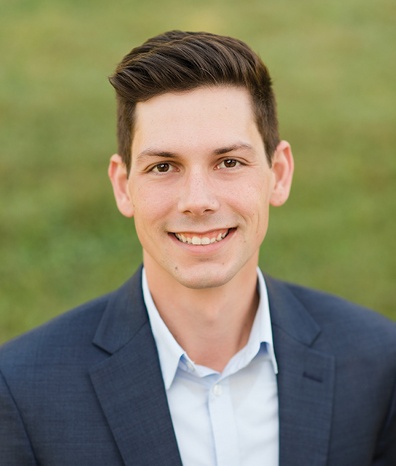 ord Motor Co. broke ground in September 2022 on its nearly 6-square-mile BlueOval City mega campus in Stanton, Tennessee. The $5.6 billion, 6,000 project is huge. And it’s part of something much huger.

“We are building the future right here in West Tennessee,” said Eric Grubb, Ford’s director of new footprint construction, at that ceremony. “This facility is the blueprint for Ford’s future manufacturing facilities and will enable Ford to help lead America’s shift to electric vehicles” as the company aims for a 2 million EV production run rate globally by late 2026.

Momentum requires movement, and between March and September Ford was doing plenty of that with crews having moved more than 4.6 million cubic yards of soil, laid nearly 370,000 tons of stone and installed more than 4,600 deep foundations. The company at the same time is building a foundation of community connections: The Ford Fund, the company’s philanthropic arm, in November established a new $1 million capital grants program to strengthen and improve local communities’ infrastructure in six West Tennessee counties.

The fund also has supported the Lorraine Civil Rights Museum and National Urban League in Memphis. And Ford is working with the University of Tennessee to restore the stream waters flowing through the University’s Lone Oaks Farm and to expand STEM education to Tennessee K-12 students.

In December, it was announced that Greater Memphis and West Tennessee both have been selected for Ford’s two-year mobility innovation challenge. Starting in 2023, Ford will partner with the Greater Memphis Chamber, StartCo and other partners to engage local entrepreneurs in pilot projects designed to increase access to sustainable, electrified mobility options and connect urban and rural communities through mobility in the region. The Memphis program is similar to Ford Fund’s Accelerator Program with Heartland Forward in West Tennessee.

“At one point there were over $40 billion of EV-related projects looking in our region,” says Adam Murray, a target market specialist with TVA Economic Development. Meanwhile, others have moved beyond the looking stage. “Over the last 12 to 18 months, some of our OEMs have started to manufacture electric vehicles and then batteries after that,” Murray says. “Now comes the supply chain that follows those battery manufacturers — electrolytes, separators, anodes and cathodes — even as we’re still seeing activity from OEMs and battery manufacturers. At least once a month, a new company is expanding or locating in our region.”

At the same time, the region’s strong automotive industry is navigating the path from internal combustion engines (ICE) to EVs, and TVA is navigating the path toward its goal of an EV charging station every 50 miles. “We’re starting to see a lot of our suppliers start to switch over to both ICE and EV parts,” Murray says. “That’s already started to take place in our region pretty aggressively. The EV revolution has continued in our region.”

Murray and Joseph Burchfield, a TVA strategic consultant and special assistant to TVA Senior Vice President of Economic Development John Bradley, passed by the Stanton site in West Tennessee in November and saw a new 500-KV line coming in and the plant going vertical. “They will be on time,” Murray says.

Burchfield says while the BlueOval project is on the outskirts of Memphis, it’s still rural territory. But he says more communities are reaching out to TVA and local power companies about EV charging options, and the town of Martin (home to innovative industry-focused curricula at UT-Martin) has installed new charging infrastructure. He expects EV interest to radiate outward from BlueOval City into the surrounding countryside — and for that matter, into the surrounding country itself.

“Our seven-state territory is more or less centrally located within the U.S. and North American automotive sector,” he says. “Whether it’s Ultium in Tennessee or Ohio, a company like LG Chem [which just announced a $3.2 billion, 860-job plant in Clarksville] can serve both locations.

“When you look at the activity occurring in Indiana, Michigan, Georgia, North Carolina and Mississippi where the OEMs have converted into electric platforms,” he observes, “we are geographically positioned to support all of these facilities.”