From Next Layer To Next Level

A deep dive into national venture capital data reveals places beyond the usual suspects that are achieving critical mass in tech. 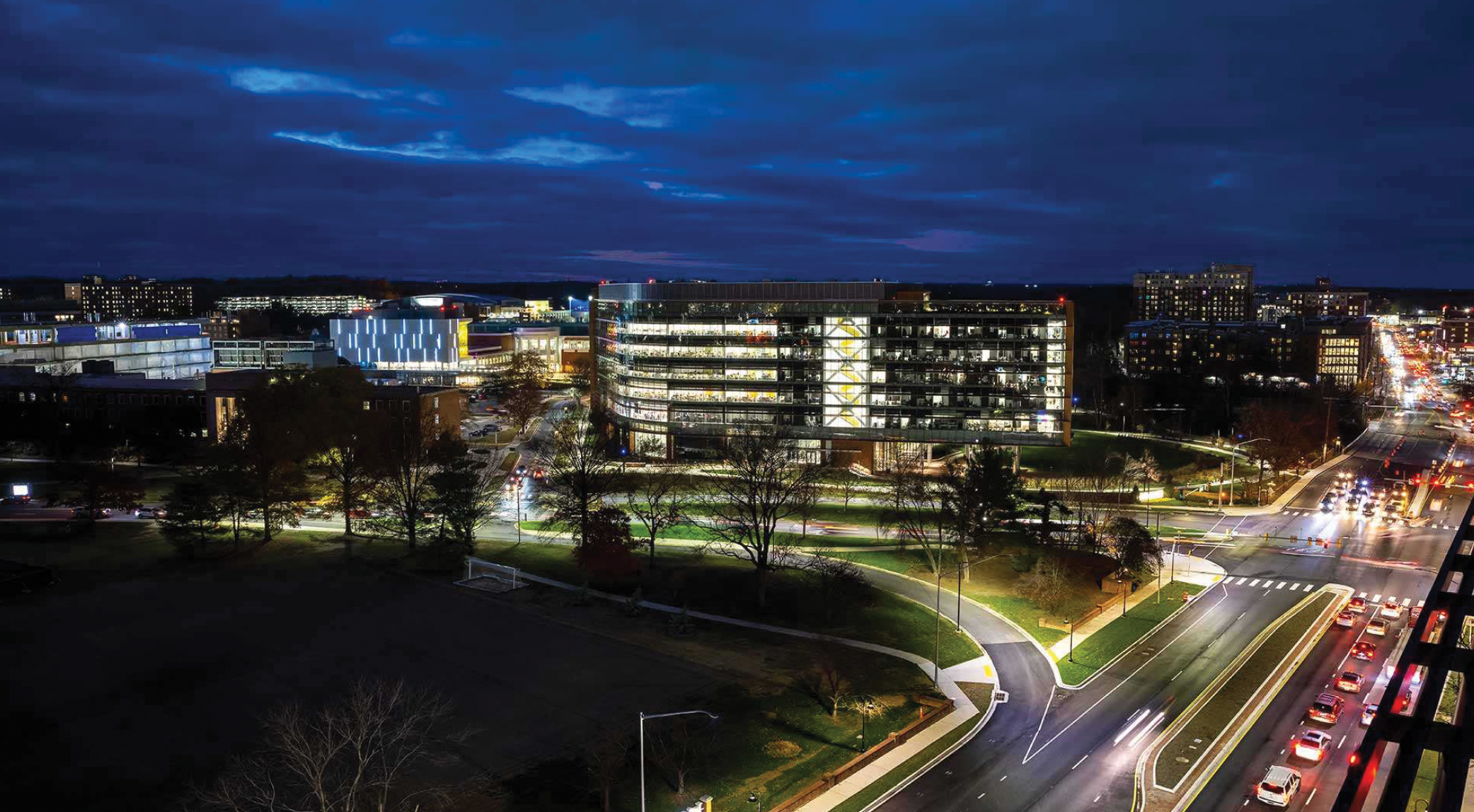 The $67 million E.A. Fernandez IDEA Factory, left, is one of several new buildings that opened at the University of Maryland in 2022. It’s home to the Quantum Technology Center, startup incubator the Startup Shell and the Alfred Gessow Rotorcraft Center (funded in part by Lockheed Martin).
Photo by Stephanie S. Cordle courtesy of the University of Maryland
by Adam Bruns
W

Like a playground hoops legend only fatigue will force off the court, the nation’s tech capitals never seem to budge, piling up win after win while nervous wannabes pace the sideline waiting for their one shot.

There is evidence, however, that so-called second-tier, next-gen tech cities have arrived at that juncture, thanks in part to the literal next generation of founders and venture capitalists.

The quarterly venture capital deal data from the National Venture Capital Association and Pitchbook are amazingly deep, offering breakdowns by industry, state and region and by deals, exits and funding rounds. Given how much VC is intrinsically tied to various forms of tech — be it life sciences, software, hardware or even the latest marketing concept with a tech sheen — the data serve as a defensible proxy for tech investment.

So I got together with Conway Data Director of Programming Daniel Boyer to search the NVCA/Pitchbook data for meaningful location-based findings. The result is the charts you see here, depicting the Top States and Top Metros, but more importantly for our purposes, the Top Emerging States and Top Emerging Metros, in both cumulative and per-capita terms. The rankings are based on six categories: VC deals, VC investment, number of company exits, exit investments, number of fundraising rounds and fundraising investments between Q1 2014 and Q3 2022.

By now you could name the Top VC States and Top VC Metros with your eyes closed. With more than 55,100 deals over the 35 quarters, California’s perch is unapproachable. Massachusetts’ life sciences power and New York’s financial heft alone (never mind its own strong life sciences momentum) make them nearly as unassailable.

Which states are in the Next 10 after the Top 10? Maryland, Connecticut and Pennsylvania lead that next layer, with Maryland topping the per-capita ranking as well.

Much of the discovery, innovation and startup activity in Maryland can be traced to College Park, where the federal Bureau of Arms Control, Verification and Compliance, on behalf of the Department of State, in December signed an MOU to engage in a public-private partnership with the Quantum Technology Center (QTC) at the University of Maryland. “The QTC will supply the Department with technical information and input regarding the latest developments in quantum technologies and the related enabling technologies,” the Bureau announced.

At the metro level, the favorites show up as expected in our rankings, with Silicon Valley at No. 1, then metro San Francisco and the San Jose region in second and third places, followed by metro Boston and New York. Their supremacy is predictable and perennial.

The emerging metros list, however, is nearly as predictable, led by Durham, North Carolina; Salt Lake City, Utah; and Denver-Aurora, Colorado. The next three are Chicagoland; Bridgeport-Stamford-Norwalk, Connecticut; and Provo-Orem, Utah, meaning one-third of these emerging VC metros are in the Beehive State.

In addition to ties to area schools such as Duke University, Durham is home to multiple venture capital firms. Intersouth Partners, founded in 1985 and focused on life sciences and tech, has invested in more than 100 private companies and manages $780 million in seven venture capital limited partnerships, making it “the largest venture capital fund in North Carolina and one of the largest in the Southeast,” the firm says. Bull City Venture Partners invests in companies in the software, internet, mobile, health IT and e-commerce sectors across the Southeast and Mid-Atlantic. In May 2022 the firm closed Bull City Venture Partners Fund IV with $53 million in capital commitments. “The new fund will allow us to invest more meaningfully in the best tech entrepreneurs across our regions,” the firm said, “and develop even stronger relationships with the founders operating at the forefront of their industries.”

University and institutional connections are prominent among the top emerging VC metros per capita as well, led by metro San Diego, California; Salt Lake City again; and Charlottesville, Virginia, home to the University of Virginia.

The Utah findings are corroborated by rankings such as Milken Institute’s 2022 Best-Performing Large Cities report, which declared Provo-Orem No. 1 and Salt Lake City No. 3. That ranking was followed by Utah’s being named the No. 3 best state for growth and the No. 2 best state for job opportunities by U.S. News & World Report in August 2022.

A new innovation district is slowly hatching in SLC: The Redevelopment Agency of Salt Lake City (RDA) has been working for years toward the development of the Station Center area adjacent to an intermodal transit hub in the Depot District. “In early 2020, the RDA and University of Utah (U-of-U) Department of Real Estate Administration engaged in discussions on the establishment of a downtown U-of-U presence,” says a 2021 RDA document. “With the Mayor’s support, both parties commissioned a study by HR&A Advisors that evaluates the feasibility of partnering to create a university-anchored Innovation District on the Station Center property.” As plans are approved, construction is expected to begin in 2023.

Creating a special spot for innovation is nothing new for U-of-U. Founded in 1968, the University of Utah Research Park currently has 48 companies along with 81 university departments with a workforce of more than 14,000.