If there’s any place better suited for the next semiconductor fab, Flint and Genesee County want to know about it. 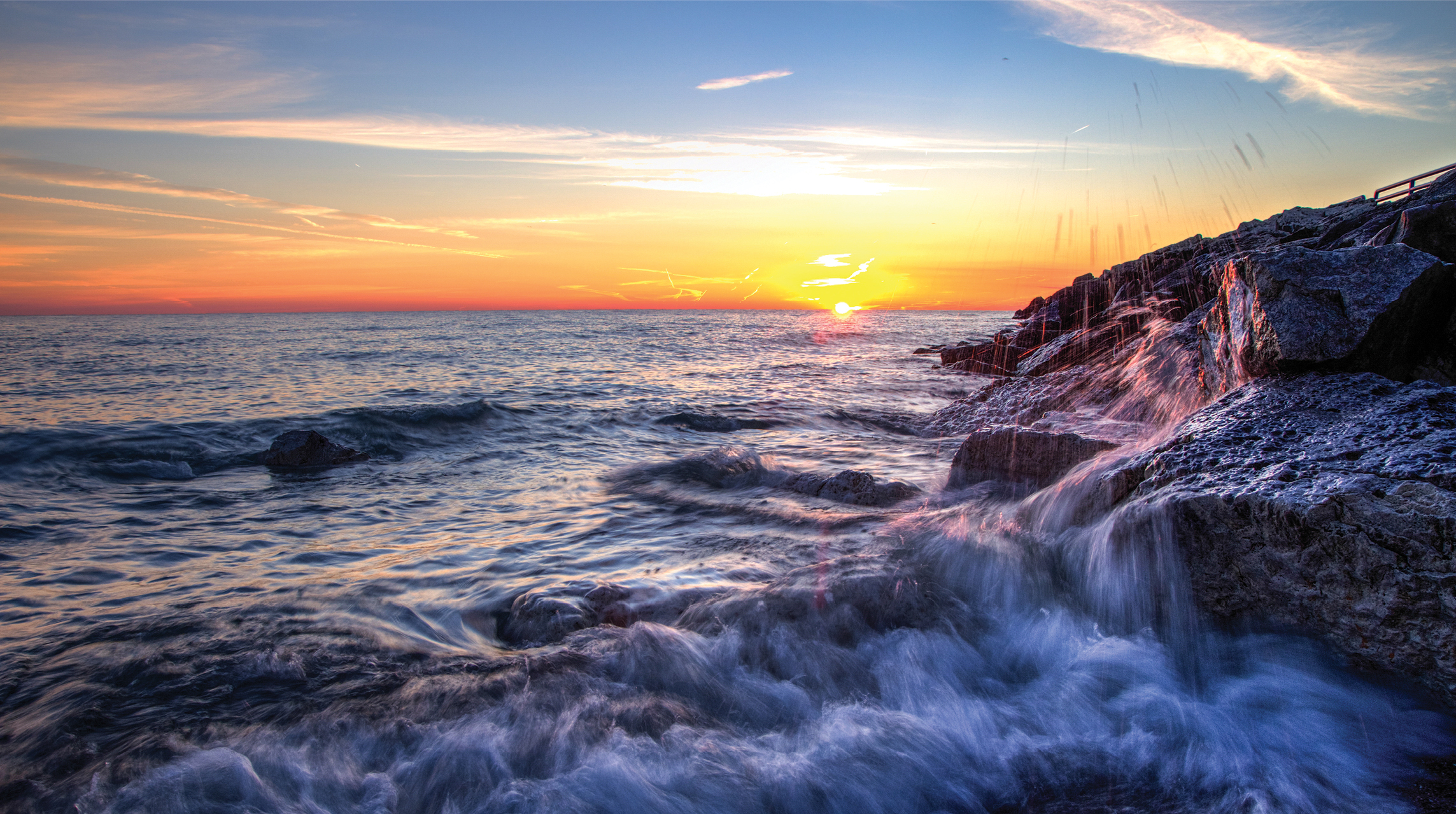 oom in from a satellite view to certain areas in and around Flint, Michigan, and you’ll see what looks like the tightly routed patterns on a semiconductor chip.

Zoom in closer and those patterns resolve into hundreds of newly manufactured GM pickup trucks, parked tightly in lots and waiting patiently for the semiconductors they need to operate and be shipped out to customers. How’d the trucks get to those parking spots in the first place?

“They take a chip from one truck and park it, then take it out and put it in the next one and park it,” says Tyler Rossmaessler, executive director of Flint & Genesee Economic Alliance. “All the trucks being made at the Flint assembly plant started getting parked around town,” he says. “Every empty field, drive-in movie theater, empty parking lot, every brownfield, overnight parking at the airport, just waiting for some little chip to be shipped out.”

Today the picture is changing as semiconductor investments begin landing on U.S. shores following the August 2022 signing of the CHIPS and Science Act, which provides incentives for such investments. Tens of billions of dollars are coming to projects in Upstate New York and Ohio, among others.

What do those sites have in common? Proximity to the Great Lakes. A high volume of quality water is a key location factor for semiconductor plants, which can use (and process and recycle) as much as 50 million gallons a day (MGD), compared to a typically “heavy” user at 5 MGD.

Rossmaessler says Genesee County has attracted some interest. And boy does he have a Great Lake for you.

“We think we have a competitive advantage — this big ol’ straw into Lake Huron,” he says of the region’s connection to the fifth largest lake in the world. Then he makes some size comparisons to other global locations welcoming chip fab investments.

“There are 23,000 square miles on Lake Huron,” he says, “twice the size of Taiwan. If you superimpose Lake Huron on Arizona, for example, it’s one-fifth the size of the state and would almost touch its western and eastern borders.” They’re deep too: “Drain the Great Lakes,” he says, “and it would cover the continental United States in nine feet of water.”

Yes, they know: Mention of “Flint” and “water” dredges up memories of the city’s water quality crisis. Today, however, the water treated by the Great Lakes Water Authority is better than that found in a lot of U.S. communities. A $100 million municipal infrastructure program is underway. And the city’s water continues to serve such companies as GM, Genesee Packaging, Lear Corp. and Tenacity Brewing.

Genesee County uses a separate water system from Flint through the Karegnondi Water Authority (KWA). The KWA water intake pipeline can bring in about 85 million gallons of water a day from Lake Huron to the Genesee County Water Treatment Plant, operated by the Genesee County Drain Commissioner’s Office. Right now, the county uses less than half of that. Meaning there’s capacity to spare for a large industrial user like a chip fab.

Genesee County Drain Commissioner Jeffrey Wright notes that business partners can opt for a direct supply to raw water, which is just 1/10 the cost of treated water and “eliminates the need for businesses to spend resources to filter common chemicals added during the treatment process.”

“The availability of affordable land and water in the Flint/Genesee County region of Michigan are positives in attracting semiconductor manufacturing investment, and the growing industry footprint in the Midwest — with recent announcements in Ohio and Indiana — adds to the draw,” says Joe Stockunas, president of SEMI Americas, the industry association representing more than 2,500 companies in the semiconductor design and manufacturing supply chain.

“Another significant factor,” he adds, “is that the automotive market for semiconductors is rapidly increasing and is a key focus for the chip industry, with expectations that automotive will be the largest growth market for the remainder of this decade. Automotive electronics demand is being fueled by new applications in EV, autonomous driving, energy efficiency, safety and infotainment. The strong market pull and the challenges of the recent chip shortage create a strong case for investment in the Midwest near automotive hubs.”

Pieces of the Puzzle

The state’s new Semiconductor Talent Action Team, a public-private partnership launched in November 2022 by Gov. Gretchen Whitmer and the Michigan Economic Development Corporation, aims to make that case even stronger. The match is as obvious as those parking lots full of chip-less trucks: The state is home to nearly one-fifth of U.S. auto production and 26 OEMs have headquarters or tech centers in the state. EMSI says the state’s semiconductor industry (think Hemlock) already contributes $4.8 billion in total gross product value. The sector’s Michigan workforce ranks among the Top 10 states, and is expected to grow by 6% in the next five years. Michigan saw 11% growth in semiconductor component manufacturing from 2016 to 2021, and is No. 1 in the nation in employment of mechanical and electrical engineers.

Bruce Rasher, redevelopment manager for Revitalizing Auto Communities Environmental Response Trust (RACER Trust), created to position for redevelopment properties owned by the former GM, says, “Flint and Genesee County have a long and distinguished history of auto manufacturing, and over time both public and private investments built the infrastructure necessary to support large-scale manufacturing. Those investments — in rail, high-capacity electric and gas transmission, high-capacity water and sewer, the highway network — make Flint and Genesee County very attractive to business investment, as RACER has experienced in marketing and selling several industrial properties in and around Flint.”

“Any semiconductor plant that were to move to town would be an employer of choice, and we think they’d be able to pull from a larger footprint, “ Rossmaessler says. “From a broader regional perspective, 40% of the state’s population lives within an hour of Flint. We think that makes a compelling case for anyone looking to make an investment like this.”

There is no shortage of large industrial sites in the region, with more to come: Helped by the State of Michigan’s SOAR Fund, “We are working on assembling of around 1,000 acres that is very close to I-75 and I-69, close to Bishop International Airport, and within miles of Kettering University, the University of Michigan – Flint and Mott Community College,” says Rossmaessler.

It may be time to zoom in again on Flint & Genesee.

“Michigan is competing hard to attract chip fabs and other high-tech manufacturing,” Bruce Rasher says, “and given its location, population, strong community leadership, proximity to excellent universities and the state’s commitment to helping prepare the workforce to fill these jobs, Flint and Genesee County are well positioned to capitalize.”