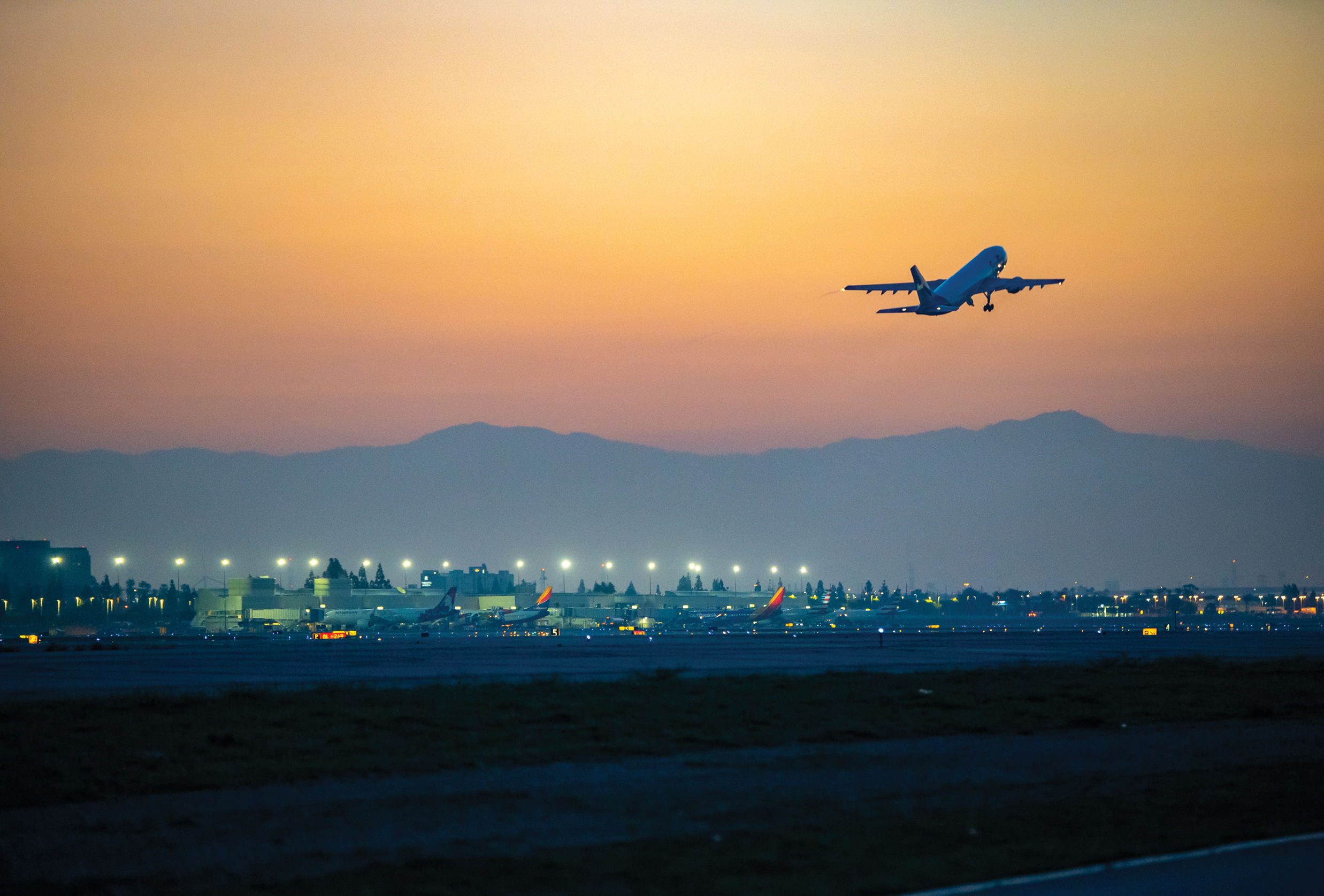 tretching from Los Angeles County on its western border to Arizona and Las Vegas suburbs on its eastern edge, San Bernardino County is at once both California’s largest county by land mass and its most impactful when it comes to meeting the logistical needs of America’s supply chain.

The 2.2 million people who live in this county of 20,000 square miles already know this.

“San Bernardino County is a sleeping giant,” says Edward Ornelas Jr., president of the Inland Empire Chamber of Commerce, headquartered in Ontario, California. “There is a ton of opportunity here for business to grow and expand, and a ton of opportunity for the workforce.”

He should know. Ornelas spent the majority of his career working as a sales executive in Southern California. After many years of representing a manufacturing company in the Los Angeles market, Ornelas chose to relocate himself and his family from LA to Fontana in San Bernardino County in 2010. He says it was the best move he ever made.

“We wanted to get away from the clutter in LA,” he says. “Here, we can breathe and enjoy more space and better schools. Our business climate is beautiful. Businesses are thriving. Don’t believe what you hear about a recession. Our business industry is booming. Drive by Topgolf in Ontario any day of the week, and you’ll see their parking lot at total capacity. Visit Ontario Mills and you’ll see the food court filled with people and thousands of others shopping and creating commerce. In today’s economy, where entrepreneurs and businesses have many options for where to locate, the attractiveness of a region is extremely important.”

Voting With Their Investments 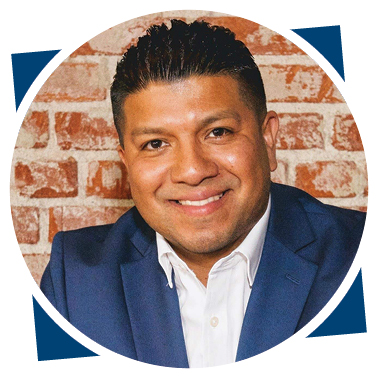 “One of the best-kept secrets is we’re only one hour away from everything: One hour to Los Angeles, one hour to Big Bear’s snowy mountains and ski resorts, one hour to Newport Beach, and one hour to Palm Springs.”

Consider California University of Science and Medicine’s (CUSM) new School of Medicine, which recently awarded diplomas to its first graduating class. Located at the Arrowhead Regional Medical Center (ARMC) in Colton, the CUSM medical school is a flagship institution that will fundamentally change the way healthcare is delivered in the community, says William Gilbert, CEO of ARMC.

“San Bernardino County has a long history of commitment to access to top-quality healthcare,” says Gilbert. “The challenge for this area has always been having enough providers. We partnered with the Prime Foundation to build a medical school and provide access to under-served students in the community. The goal is to grow more young doctors who will live and practice medicine in the Inland Empire. The location is perfect. It is right on the campus of ARMC. That makes it easy for students and faculty to get here. We graduated our first class of 62 in June. About half of those graduates chose a residency program in Southern California.” 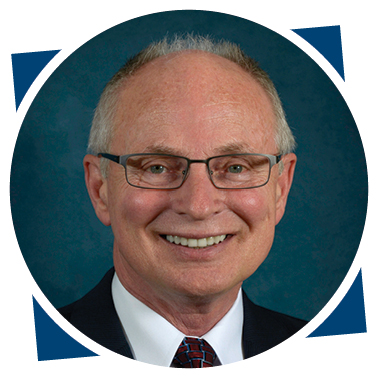 “San Bernardino County has a long history of commitment to access to top-quality healthcare.”

A new cancer center at ARMC will also bolster healthcare in the region, he adds. “It will help immensely,” Gilbert says. “This is a state-of-the-art cancer center that is now available where people live. We partnered with the City of Hope. They helped us create a very welcoming environment for patients and their families. Combined with surgical oncology, we will now offer some of the finest cancer treatment found anywhere in the country.”

San Bernardino County has been growing its life sciences sector for a number of years. The life-sciences incubator at Loma Linda University has created more than 20 successful startups in biomedical fields and more are on the way. One of its biggest success stories is Aditxt Inc., which patented a process for measuring the body’s immune system response. This breakthrough could hold the key for treating patients suffering from long COVID-19.

Taking the Next Train to America

While medical discoveries continue to make news in the Inland Empire, the “next big thing” in San Bernardino County is happening 77 miles from Loma Linda in Barstow. Tourists know it as a great place to enjoy a pit stop on the way from Los Angeles to Las Vegas, but travel of another kind is even bigger business in this desert oasis.

BNSF Railway announced Oct. 1 that it plans to invest more than $1.5 billion to build an integrated rail complex in Barstow to increase supply chain efficiency nationwide. Owned by Berkshire Hathaway and Warren Buffett, BNSF plans to create 20,000 direct and indirect jobs while reducing port and freeway congestion around the Ports of Los Angeles and Long Beach. 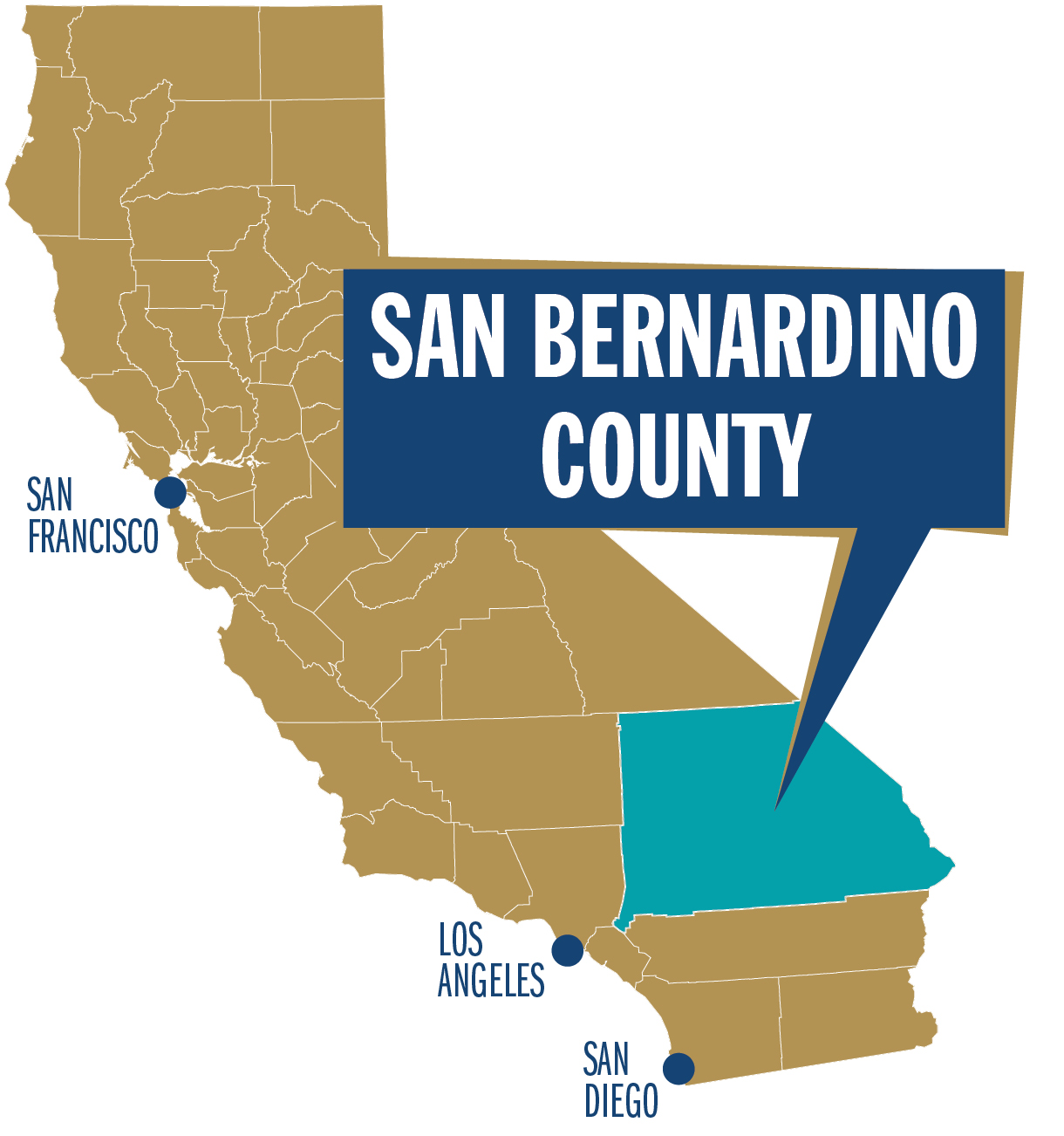 Called the Barstow International Gateway, the project covers 4,500 acres on the west side of Barstow and consists of a rail yard, intermodal facility and warehouses for transloading freight from international containers to domestic containers. The facility allows the direct transfer of containers from ships at LA/Long Beach to rail cars for transport through the Alameda Corridor onto the BNSF mainline up to Barstow.

How important is this? BNSF is one of the largest haulers of essential goods, chemicals, food and beverage products in North America. If they shut down, so does our food supply. On top of that, 40% of all goods entering the U.S. comes through the Ports of LA/Long Beach. One in nine jobs across Southern California is connected to the San Pedro Bay ports. The investments by BNSF in Barstow protect every one of those jobs and expedite delivery of $100 billion in commerce annually.

“By allowing for more efficient transfer of cargo directly between ships and rail, the Barstow International Gateway will maximize rail and distribution efficiency regionally and across the U.S. supply chain and reduce truck traffic and freeway congestion in the Los Angeles Basin and the Inland Empire,” said Katie Farmer, president and CEO of BNSF, which operates 32,500 route miles of track in 28 states and three Canadian provinces. “This will play a critical role in improving fluidity throughout our rail network, moving containers off the ports quicker, and facilitating improved efficiency at our existing intermodal hubs, including those in the Midwest and Texas.”

Lena Kent, general director of public affairs for BNSF Railway, says that Barstow has always been synonymous with the railroad. “BNSF has proudly operated in Barstow for more than 140 years,” she says. “In fact, the city was named for William Barstow Strong, president of the ATSF Railway — one of BNSF’s predecessor railroads — and Barstow is the key connecting point for BNSF’s lines to and from Northern and Southern California.”

Kent says that “Barstow plays a critical role in helping us sort our merchandise cars for California, and as a key connector between Northern California, the West Coast and the rest of the U.S. Over the past few years, throughout the pandemic, as e-commerce has soared and the Ports of Los Angeles and Long Beach have gotten busier than ever, Barstow has played an important part in keeping our supply chain moving.” 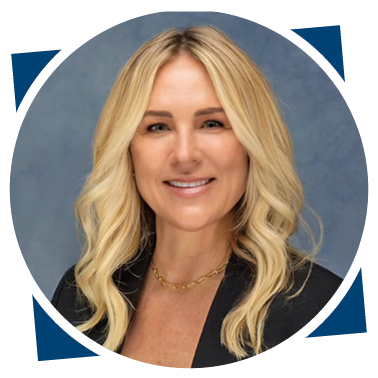 “Barstow plays a critical role in helping us sort our merchandise cars for California, and as a key connector between Northern California, the West Coast and the rest of the U.S.”

Kent adds that BNSF is working closely with the City of Barstow, Barstow Community College and other community leaders to develop workforce training programs to support staffing of the Barstow International Gateway. In addition, BNSF announced a $100,000 contribution to EXP — The Opportunity Engine, expanding its partnership with an organization that is already working with Barstow High School and Central High School.

Rail transportation isn’t the only mode of movement accelerating in San Bernardino County. In Ontario, air passenger traffic is growing faster than you can say, “Delta is ready when you are.”

For the fifth straight year, Ontario International Airport (ONT) has been named the fastest-growing airport in the country, according to a survey of frequent travelers by Global Traveler. In 2022, ONT served 250,000 more passengers than it did in 2019, when it served 5.6 million. This makes ONT one of the fastest-recovering airports in the U.S. post-pandemic.

Increased travel to the region is a big reason why two cities in San Bernardino County — Chino and Victorville — rank in the Top 20 Boomtowns in the nation, according to SmartAsset.com. Chino checks in at No. 10, while Victorville ranks No. 13. SmartAsset analyzed data for 494 cities across categories measuring population growth, income, GDP, businesses and other key economic indicators.

SmartAsset notes that Chino ranked highest for its five-year housing and income growth between 2016 and 2021. The number of housing units in the city increased by almost 30% to 27,283, while median household income in Chino rose 42% to $97,473. Today, Chino has just under 93,000 residents.

At its current growth rate, Chino will have close to 140,000 people by 2040. The city’s proximity to Ontario International Airport and major interstate highways makes it a popular location.

Ornelas of the Inland Empire Chamber says you cannot overstate the importance of ONT to the region. “One of the significant contributors to the economic growth in the last 10 years has been due to the Ontario International Airport coming back under local control from LAX in 2016,” he says. “The Ontario International Airport Authority has done a fantastic job at bringing in more airlines to the airport.”

Ornelas says he expects even more businesses to open in the county in 2023. “We will see more businesses relocating from outside the region to San Bernardino County,” he says. “Look at Topgolf, for example. The Inland Empire Regional Chamber of Commerce, in partnership with the City of Ontario and San Bernardino County, hosted the grand opening for the very first Topgolf in California. We had it before any other major metropolitan market. That’s thanks to our business-friendly county. This is only the beginning. Brightline West, a high-speed rail company, will construct an all-electric passenger rail connecting Las Vegas to Rancho Cucamonga. It’s amazing what we have to look forward to. These are very exciting times.” 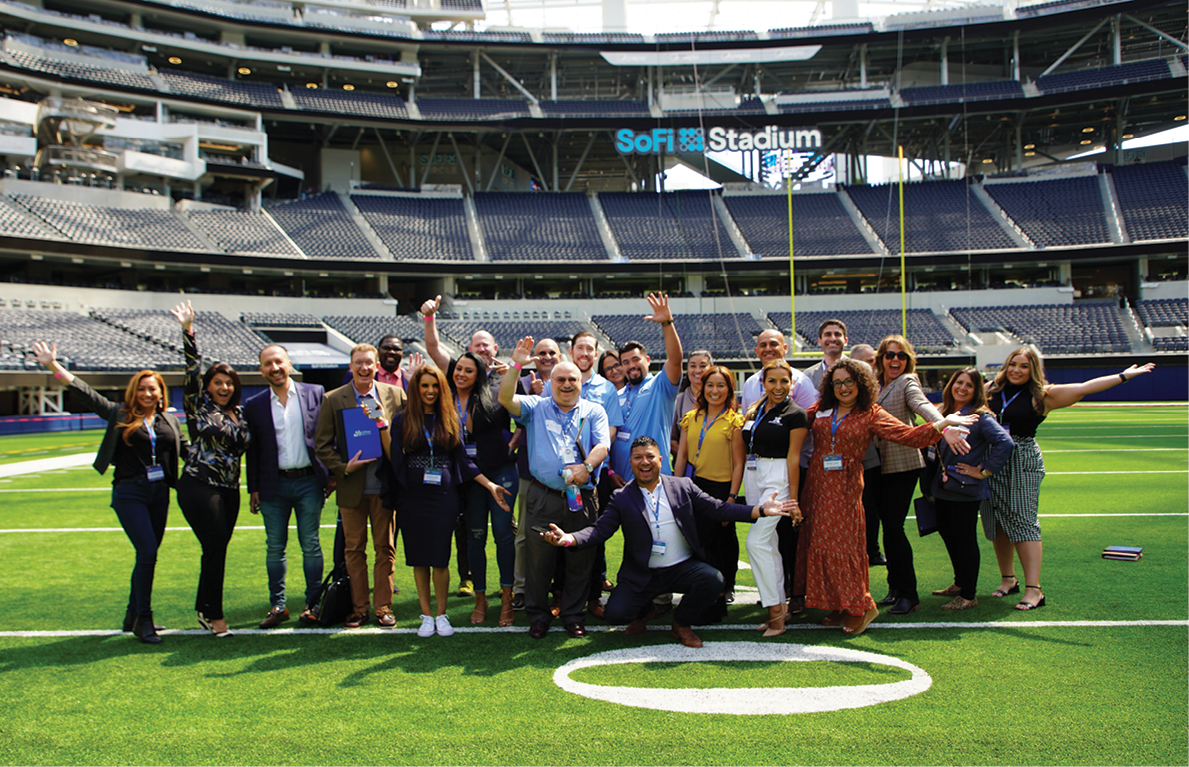 This Investment Profile was prepared under the auspices of San Bernardino County. For more information, contact the County’s Economic Development Department at 909-387-4700. On the web, go to www.SelectSBCounty.com.