New York Is Where A New Age Begins 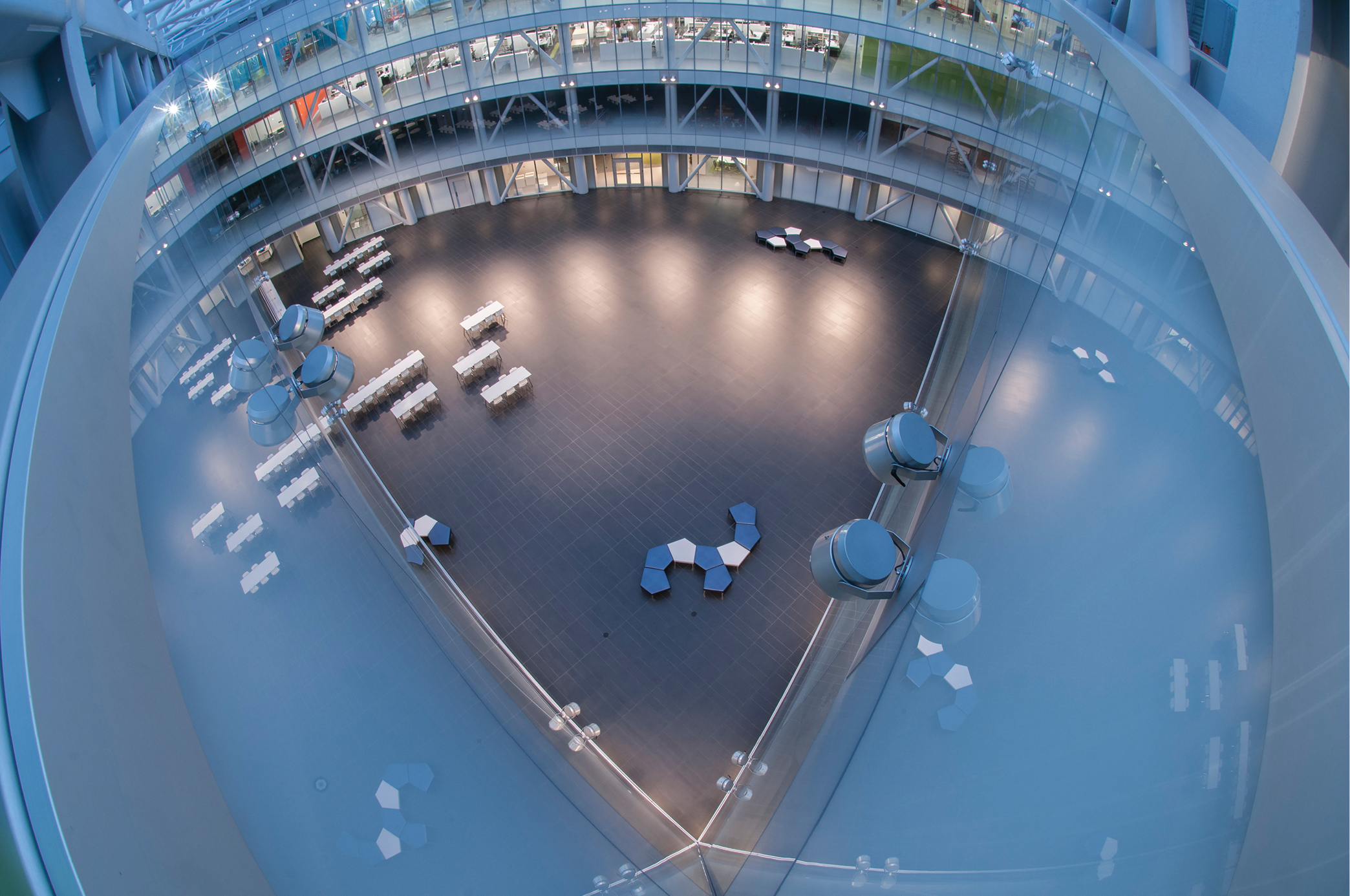 ra-defining events, as if colliding, have coalesced to ignite a semiconductor revolution in the United States.

Amid China’s renewed claims to Taiwan (the world’s most prolific source of microchips), supply chain chaos unleashed by a pandemic and the historic new investment of the U.S. government in semiconductor manufacturing, chipmaking has come to America. The recent flurry of billion-dollar semiconductor investments in several U.S. states is widely viewed as the leading edge of a powerhouse industry — a strategic supplier of countless, crucial other sectors — that relies on a unique combination of brawn and brains. Brains, especially.

Operating at scales in the realm of one-billionth of a hair’s width, semiconductor manufacturing “is the most sophisticated and unforgiving production technology that has ever been practiced successfully,” according to an oft-cited academic study. “It consists of a complex series of hundreds of unit process steps that must be performed very nearly flawlessly.”

So, it should come as no surprise that the State of New York has captured not just one but two recent blockbuster projects. With companies led by IBM forging the way commercially and the state having invested heavily in nanotechnology over successive administrations, and with a storied system of public research universities producing mind-boggling advances and assorted brainiacs, New York has been far ahead of the nation in establishing a climate that’s enticing to such a demanding industry.

Micron noticed when it chose a site near Syracuse in October for what is to be the largest semiconductor manufacturing facility in the U.S., a projected $100 billion investment. GlobalFoundries (GF) noticed as well, the multinational semiconductor manufacturing and design company having moved its headquarters in 2021 to the site of its fabrication facility at the Luther Forest Technology campus in Malta. In July 2022, GF announced plans for a second chip factory at the oft-expanded complex, an investment of up to $8 billion that’s to create another 1,000 jobs on top of the 2,600 tech workers employed there now.

In addition to federal supports, both investments will qualify for what is New York’s latest bid in the semiconductor sweepstakes, its $10 billion “Green CHIPS” incentive for environmentally friendly semiconductor projects.

“Green CHIPS was an aggressive and bold play,” says Deloitte Global Location Strategy Leader Darin Buelow, who spearheaded Micron’s site search. “It was important,” Buelow tells Site Selection, “for New York to come out like that in a way that further demonstrates their commitment to the industry.”

The Hub of a Specialized System

There is perhaps no greater monument to that commitment than Albany Nanotech Center, the multibillion-dollar research and development facility that opened in 2004 and is home to the Albany campus of SUNY Polytechnic Institute. Now a nationally recognized model of research, collaboration, talent training and business incubation, Albany Nanotech houses the nation’s most advanced 300-mm. semiconductor facility that is publicly owned. It is a favorite to land the National Semiconductor Technology Center to be created by the federal CHIPS Act, which devotes $52 billion over the next five years to increase domestic semiconductor manufacturing.

“This is a manufacturing test bed,” says David Anderson, president of New York Creates, the state-run entity that owns and operates Albany Nanotech. “We’re bringing technologies from labs to fab, from research to manufacturing.”

GF and IBM Research both operate dedicated facilities at Albany Nanotech, thus enjoying access to its clean rooms and leading-edge, billion-dollar machines that now include an extreme ultraviolet lithography system for nanoscale printing.

“We encouraged our industrial partners to physically locate on site,” says Michael Fancher, senior staff associate at SUNY Poly. “It allows them to have their own private space but also to participate in a variety of collaborations, some of them proprietary, some of them consortial.”

As Albany Nanotech was looping in corporate partner companies, development teams across New York State’s Capital Region launched a companion strategy that has brought to life this enviable semiconductor ecosystem.

“Economic development groups across the region have been developing sites and putting in the infrastructure necessary to attract companies like GlobalFoundries and Micron,” says Robert Geer, professor of Nanoscale Science at SUNY Poly. “We have shovel-ready sites, the water they need, sources of renewable power and the workforce we’ve been developing here for decades. So now, with the federal incentives and Green CHIPS, New York has become a very attractive location.”

As president of Saratoga Economic Development in Saratoga County, Dennis Brobston has long been part of that effort. In addition to GlobalFoundries, Brobston names onsemi, formerly ON Semiconductor, and the rapidly expanding Wolfspeed as among the Capital Region’s growing roster of semiconductor pioneers.

“We’ve developed a big triangle from Malta to Marcy and down to Fishkill,” Brobston says. “And now with Micron having made their announcement to build in Syracuse, that triangle just got bigger.”

Some 60 supplier companies, Brobston says, already serve GlobalFoundries. He has every expectation that the Capital Region’s semiconductor network is poised to expand.

“For anybody who’s in that industry,” he assures, “there’s a marketplace for them here.”

This Investment Profile was prepared under the auspices of Saratoga Economic Development. For more information, contact Tori Riley at toririley@saratogaedc.com.