When it comes to corporate tax reform,
Washington wonks differ on who needs to clean up their act. 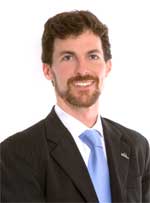 Jeffrey Immelt, chairman and CEO of GE for the past 10 years and chair of the President's Council on Jobs and Competitiveness, is also a member of Change the Equation, a CEO-led initiative to move the U.S. to the top in science and math over the next 10 years. His team at GE might have more than a quibble with the selective math performed by Citizens for Tax Justice (CTJ) and the Institute on Taxation & Economic Policy (ITEP), which on Nov. 3 called out Immelt's company and other major multinationals as tax dodgers in the new report "Corporate Taxpayers and Corporate Tax Dodgers, 2008-2010."

Bipartisan calls for corporate tax reform (CTR), including a plan released this fall by the President's Council, have repeatedly called for the U.S. federal corporate income tax to be reduced from its 35-percent rate, among the world's highest. But CTJ counters that most companies don't pay near that rate anyway, and many don't pay anything at all. Instead of reforming the rate downward, they argue, companies ought to be reforming their payments upward.

"Most Americans can properly say they pay more taxes than GE, Verizon, Boeing and dozens of companies put together," said Robert McIntyre, director, Citizens for Tax Justice, and the primary author of every corporate tax study issued by CTJ since the early 1980s. "We're hopeful that Congress will look at this and maybe change their views, and start to notice that we are coddling our corporations, not taxing them, in many cases."

A Bloomberg report quoted a GE spokesman who called the CTJ assertions "inaccurate and distorted."

CTJ's analysis looked at the 280 FORTUNE 500 companies that managed to not lose money in any of the three years examined, and whose reports were transparent enough to offer domestic profit and tax data. The report found that net federal income taxes reported by the 280 companies over the three years amounted to 45 percent of all net federal corporate income tax collections in that period. But on average, the rate they paid on their pretax profits of $1.4 trillion was just over half the 35-percent rate.

"2009 was a particularly banner year for non-payment of taxes," states the report. "In that year, 49 companies paid zero or less in federal income taxes. These 49 companies, one out of six of the companies in the study, told their shareholders they earned combined U.S. pretax profits in 2009 of $78.6 billion, yet they received tax rebates totaling $10.8 billion."

CTJ says its study reveals that the cycle of corporate-lobbied tax breaks and schemes that inspired President Ronald Reagan's loophole-cutting Tax Reform Act of 1986 has repeated itself, with the effective tax rate once again approaching the pre-reform level of 14.1 percent that CTJ found in 1981-'83. Corporate taxes, which paid for more than a quarter of federal outlays in the 1950s and a fifth in the '60s, accounted for a mere 6 percent by fiscal 2010.

"In this context, it seems odd that anyone would insist that corporate tax reform should be 'revenue neutral,'" says the new report. "If we are going to get our nation's fiscal house back in order, increasing corporate income taxes should play an important role."

"Listen to the loophole lobbyists, and you'd think corporations are being dragged to the floor by corporate taxes, and it's just not the case," said McIntyre. Told of a counterstrike report launched the same day by the Tax Foundation saying the government gets more money than shareholders, McIntyre said the Foundation's analysis didn't factor in that many dividends to into non-taxable entities such as pension funds and 401(k)s. "The Tax Foundation is just not very good at this, I'm sorry to say," he said.

Fighting words if ever they were uttered.

Tax Foundation economist William McBride says it's tough to find anything positive to say about the CTJ report.

"How you ignore the recession with a straight face in 71 pages is beyond me," says McBride. "Thatimmediately discounts the whole analysis. CTJ is taking a slapdash approach, to have this sort of patina of science, while advancing their political agenda. It's a big report at 71 pages, and they did put a lot of time into looking at each company. But ultimately it's missing some key details, some pretty obvious factors, and it has all the hallmarks of propaganda for these reasons.

The Foundation said 15 years of IRS data on all corporate income tax returns from 1994 to 2008 showed that, on average, and in all but three of those years, total taxes paid by corporations exceeded after-tax profits. The data, said the Foundation, indicate an effective tax rate more in the range of 26 percent of taxable income (pre-tax profits), a rate that went up to 33 percent when foreign taxes paid on foreign income were factored in.

The CTJ report calls for eliminating the deferral on repatriation of foreign profits, as well as beginning to cut out the 150-plus special subsidies written into the tax code. It also calls bonus (or accelerated) depreciation rules enacted by the George W. Bush administration and renewed by the Obama administration a failure by comparing business investment in new equipment in 2008-2010 to 2007.

Asked by Site Selection whether, far from displaying the policy's failure, bonus depreciation actually kept those 2008-2010 investment levels from being far worse during the throes of recession, McIntyre said, "We know the companies were sitting on tons of money. I'm not blaming them for not investing … the demand wasn't there. That's our point. Tax breaks cost the government tons of money. Investment in equipment fell by a quarter over two years. GDP didn't fall that fast. So they didn't respond to the incentive. It didn't do what some thought it might do. It was stuck into the stimulus act, and it was money wasted in my view."

"Ultimately CTJ seems to be arguing for an extended depreciation period," says McBride, "and to me it doesn't address the problem with bonus depreciation, which is that some companies benefit more than others, namely those that do a lot of investing. I'd say moving toward an extended schedule doesn't fix that problem. Companies doing a lot of investing still get to take advantage … it just shifts the timing."

Asked whether CTJ had examined relative job creation or elimination numbers of the 280 companies, McIntyre said he would have liked to, but "companies have stopped disclosing their job creation numbers or employment numbers," and even when they do cite a number, they don't say where. Meanwhile, he says a follow-up study is planned that will look at similar corporate loopholes at the state level.

The Tax Foundation's McBride says there is an undeniable kernel of truth in the CTJ's report, "that at the firm level, there are certain firms that have very low tax rates and some have very high rates. A GAO study from 2008 shows the same thing: At the firm level …about 30 percent have an effective tax rate of less than 5 percent." But he says the claim of variation across firms has been embellished with inaccurate claims of variation across industries and according to company size.

"They may have identified that utilities and energy companies have low tax rates, so there may be something there," he says. "We know from our research that a big chunk of incentives is directed toward renewable energy. These things are in the code, and companies have changed their behavior accordingly. GE is the poster child for that — it's a large part of their deductions and credits. CTJ doesn't address that, because they like those [renewable energy incentives]."

McBride says the Foundation ultimately agrees with CTJ that the tax code needs to be simplified and the related litigation, which can go on for decades, consequently reduced. He says there is also agreement "that there are too many of these loopholes, but then we disagree as to which are bad and which are good. What they're pushing is the source of the problem — for politicians, it works in their favor to dole out these special-interest loopholes for an economic behavior that has no benefit in terms of long-term growth of the economy. By CTJ pushing for these things, they're making the problem worse."

More Information Please
Could there be a third source?
See the SITEs:

Yes. Yes there could. And probably a fourth or fifth.

"Corporate tax reform will directly benefit the American work force. By increasing the worldwide competitiveness of American companies and American workers, and attracting investment to the U.S., tax reform can be a tremendous jobs bill," said John Engler, who heads the Business Roundtable, an association of CEOs of leading U.S.-based companies.

Back in April, the day before the tax deadline, Business Roundtable released its own study, after having engaged PricewaterhouseCoopers LLP (PwC) to examine global effective tax rates of U.S.- and foreign-headquartered companies for the years 2006 to 2009. PwC calculated and compared effective tax rates by country for the 2,000 largest companies in the world as ranked by the 2010 Forbes Global 2000 list. The data for the study came from company financial statements as reported in the S&P Global Vantage database. Among the study's findings:

Companies headquartered in the United States faced an average effective tax rate of 27.7 percent compared to a rate of 19.5 percent for their foreign-headquartered counterparts.

U.S.-headquartered companies faced a higher worldwide effective tax rate than their counterparts headquartered in 53 of the 58 foreign countries.

The figure below summarizes these overall results and additionally shows the average effective tax rate faced by U.S.-headquartered companies was 5.8 percentage points higher than the rate for companies headquartered in the 18 European Union countries represented in the sample (27.7 percent compared to 21.9 percent).

The Jobs Council for its part in October launched a National Investment Initiative with the goal of attracting $1 trillion of foreign direct investment over the next four to five years, which would be a 20- to 25-percent increase over recent trends. The four recommended tools to help get there are:

According to the Organization for International Investment, U.S. subsidiaries of global companies pay $38 billion in annual U.S. corporate taxes — nearly 17 percent of total U.S. corporate tax payments — while accounting for the employment of 5.3 million Americans and 21 percent of U.S. exports. Even before tax reform, those subsidiaries already reinvest an annual $93.1 billion in their U.S. operations.

To some, such facts mean don't touch a thing. To others, they suggest that lowering the rate will bring even more investment and job creation.

Whose side are you on? Or rather, in the current lingo, whose side do you occupy? 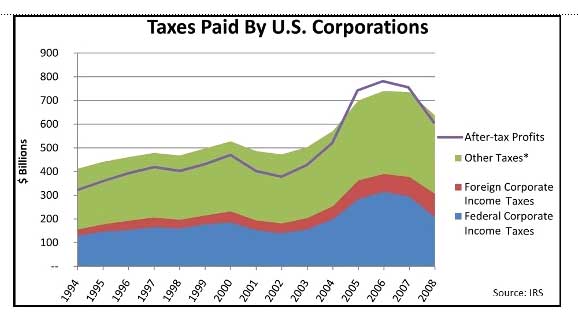 KENTUCKY: An Emerging Science Ripens, and the Ag Industry Will Benefit (Jun 14, 2018)