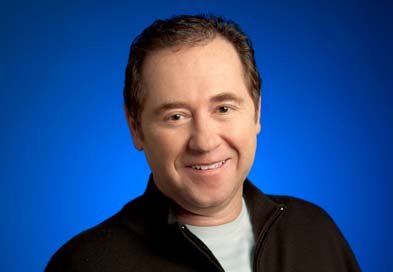 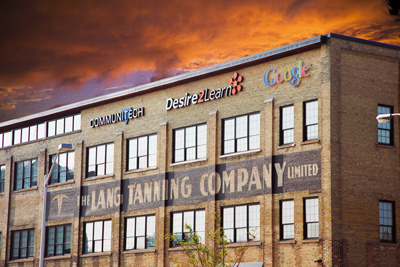 Google Canada is located in the historic Lang Tannery building in Kitchener, Ont.
Google's Kitchener, Ont., engineering center is the company's largest operation in Canada. It landed in the region in 2005 through the acquisition of a small three-person mobile technology firm called Reqwireless started by University of Waterloo students.

First located in the University of Waterloo Technology Park, in 2010 it moved to the old Lang Tannery building, an historic facility that has been refitted as a home for technology firms.

Steve Woods, a Canadian entrepreneur and a University of Waterloo grad, was recruited from Silicon Valley to be Google's director of engineering in Canada. He says the Kitchener operation is rapidly approaching 200 employees, which he says is a result of its rapid success.

"We invent things and we try them out," says Woods. "About [C]$2 billion in global revenue has come from products invented in this office."

Work at the Google' Kitchener office includes work on Google Plus, the firm's social network initiative, and on Google Chrome, a Web browser.

The University of Waterloo, globally renowned for its technology programs, has been an incredibly valuable source of employees, Woods says.

"University of Waterloo graduates do disproportionately well at Google, better even than MIT grads," he says. "On a volume basis, it has been one of the top three to five universities. We hire a lot of great people here. We manage a lot of Google's hiring and send them to other locations such as Zurich or Mountain View [Calif.]. We try not to lose people because they want to work somewhere else."

Woods notes that the Kitchener-Waterloo region is dense with technology start-ups, some 600 currently in a 60-mile (97-km.) radius. That can pose an occasional staff turnover issue.

"We recruit a lot of people who will leave us for their own start-ups," he says. "That's fine; we will eventually buy them back."

In typical Google style , the Kitchener operation is rife with fun perks for employees, or "Googlers," as they are dubbed within the company. These include a gourmet cafeteria that offers free breakfast and lunch. Adjacent is a game room with an air hockey table, a foosball table and a pinball machine. Also, only for Googlers — despite requests from visitors — is a playground-like slide that offers a quick descent from the office's top to its bottom floor. Meeting rooms have fun names based on sci-fi movies and characters. For example, the conference room is the Darth Vader room.

"It's a little hard to predict," Woods says. "We definitely take a start-up mentality in that we are likely to get very crowded before we move to a new building. When we moved here, we didn't have a time frame for when we would grow out of this. We are in a multi-phase growth plan. Right now, while we have the two floors here, we are building more on the third floor and also building out the bottom floor. After that, which will probably be more than a year from now, it is not obvious what we would do. We are already thinking about that, but we haven't made any decisions."

Technology-wise, the Waterloo region is best known for Research In Motion (RIM_ of BlackBerry fame, but Google did not come to the area for RIM or because of RIM, Woods says. Instead, it was a global search that found the best mix of technology and lifestyle.

"We're not in downtown Toronto, so it's a different lifestyle. It's very family oriented. There are parks and rinks and pools and everything. At the same time there are organizations here like the Perimeter Institute with the best theoretic scientists in the entire world, so it's a very interesting place.

As for the building itself, "It reflects more of our interest locally and our personalities," Woods says. "We looked at lots and we certainly could have built a new building. But we wanted to be culturally quite different from other tech companies, and we are. We don't need to want to be, we are different. You are not going to find cubicles here. You are not going to find a lot of top-down hierarchical management structures, things like that. We've designed our entire experience here like our office structures in conjunction with the facilities folks who put in crazy things like the slide. The facility folks bring a Google culture to it and we basically reinterpret it in our own way. The one thing all Google sites have is a great kitchen. Food is a big part of our culture."

Also located in the 19th century building is Communitech, an incubator for tech companies, and an e-learning company called Desire2Learn, founded by John Baker in 1999 while a student at the University of Waterloo. In a dozen years, the company has grown globally, employs 350, and is one of the fastest-growing companies in Canada.

While Google's growth in Kitchener-Waterloo may eventually send it in search of new, larger digs, the company is entrenched in the region. Woods calls it an amazing location.

"This area is innovative and very high-tech. It's a world attractor for those who are top-end computer scientists and engineers. It has all of that in one spot, plus the entrepreneurs. Really, there is nowhere else quite like it that has those attributes. We are here to stay and we have made a strong statement with our investment here, and we will reinforce that with even more investment in the next year or two," Woods says. 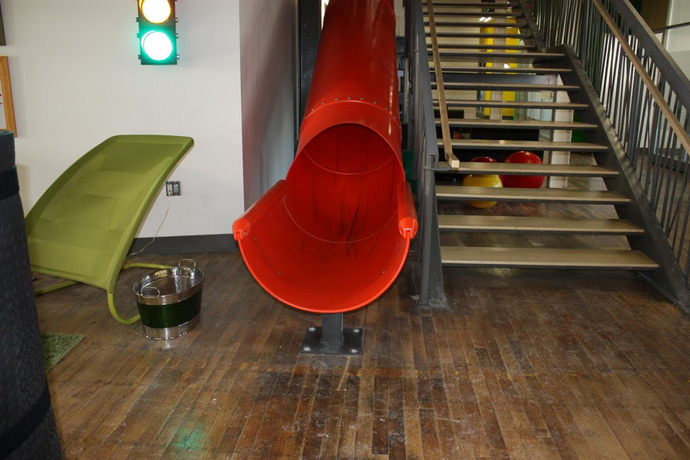 Perks at Google Canada include a slide employees can use to travel from the
top to the bottom floor of the company's office suite.