Balls In the Air 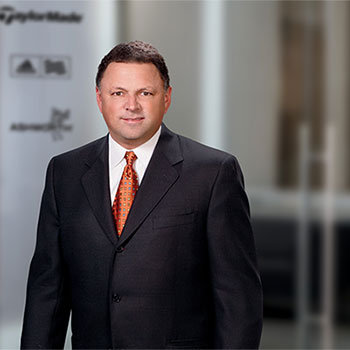 To win The Masters this weekend at Augusta National Golf Club in Augusta, Ga., will require supreme skills, patience and fortitude. It will also require a superior match of golfer and equipment.

By the time the sun sets on that final putt Sunday afternoon, the winning ball may have been manufactured just down the road a piece. But even if it isn't, the whole region still wins.

Which territory did South Carolina beat out for the prize? The one that hosts a certain major tournament.

"The company had a choice between keeping operations in South Carolina or moving to a site in Georgia," said South Carolina Secretary of Commerce Bobby Hitt, no stranger to the Upstate from his previous experience working for BMW. "State and local officials were able to work with the company to keep TaylorMade here and convince them to grow their investment in the Palmetto State."

The company expects to break ground on the new plant next month, have construction completed next January and complete the transition from a 51-year-old plant in nearby Westminster to Liberty in July 2014. According to Golfweek, the company expects to retain that plant's 90 full-time employees.

"The opportunity to have a permanent home in Pickens County was too good of an opportunity for our company to pass up," said John Kawaja, executive vice president at TaylorMade Golf, part of TaylorMade-adidas Golf (TMaG), which is based in Carlsbad, Calif., and sells golf clubs, balls, clothing and accessories under the TaylorMade, adidas Golf, Adams and Ashworth brands. "We are getting a new building in a booming area that will improve our unit production, quality and margin position. Most important, we are committed to keeping jobs in South Carolina."

In an email interview, Kawaja says the time frame for the decision was "dictated by our current facility lease options." A team comprising adidas Group real estate, the current plant manager and engineering chief, TMaG's facility manager, the director of golf ball operations and others began their search with a global scope.

What turned the decision Liberty's way?

"State and local incentives were important," Kawaja says "Understanding the willingness of the state and county to work with us on land and permits and otherwise make us welcome was very significant."

South Carolina officials say the state has recruited more than $8 billion in capital investment and more than 21,000 jobs in the manufacturing sector since January 2011. (This was before this week's 2,000-job announcement from Boeing. Look for further Site Selection coverage of Boeing's continuing growth in the state.)

Asked where the other finalist locations are located, Kawaja demurs.

"I'd like to pass on that question out of respect for the good people that we worked with but chose to decline," he says.

The new facility, says Kawaja, "will reduce our footprint, greatly improve the material flow through the plant, make a great reduction in energy consumption and update our infrastructure support for specific process points." As for the Westminister facility, he says, "The current plant will be turned back over to the owner and he will decide whether he wants to lease to a single tenant, split it up between multiple tenants, or something else." 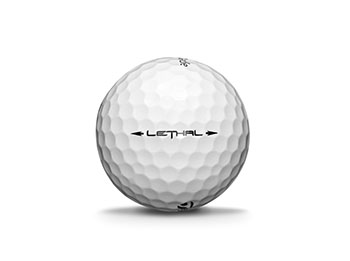 TaylorMade's South Carolina operations make the top-of-the-line Lethal brand of golf ball, as well as the Rocketballz brand. Elite golfers in the TaylorMade stable who are teeing it up at The Masters this week include Sergio Garcia, Dustin Johnson, Justin Rose and Jason Day.
Images courtesy of TaylorMade Golf

Asked to characterize South Carolina's operating environment in comparative terms, Kawaja says, "I would generally say the wages and taxation [are] favorable, logistics are somewhat favorable … in the end, the experienced work force we have developed in this location is the key advantage."

But another golf giant is also growing within a two-hour radius of Augusta. And this one's firmly planted in the Peach State.

Last April, Bridgestone Golf announced it would expand golf ball production by 40 percent at its flagship plant in Covington, Ga., 40 miles east of Atlanta along the I-20 route toward Augusta National. The $3-million expansion added 20 jobs to the plant's payroll.

As part of the plan for increased United States-based production, Bridgestone Golf has been manufacturing its popular TOUR B330-RX family of Urethane-covered golf balls in Georgia since June 2012. The company took over the Precept brand in 2005; Precept had manufactured in Covington since 1990.

"We are proud to be bringing jobs and an infusion of capital to Georgia," said Shigeru Nakayama, president of Bridgestone Golf, Inc., last April. "In just seven short years since we launched the Bridgestone Golf brand, we have cemented our place as the number two golf ball in the industry in terms of dollar market share. That success is in large part due to the very people working right here in this factory, that are focused on product quality and meeting the needs of our growing customer base every day."

The increase in production at the Covington plant came as Bridgestone celebrated what it called an important milestone in company history.

In addition to Bridgestone, Georgia is home to a number of golf-related companies with manufacturing operations or headquarters in the state, including Oxford, Inc.; the "Big Three" in golf car manufacturing: Club Car, E-Z-Go, and Yamaha; and Exide Technologies, a major manufacturer of golf car and other batteries.

According to a report titled "The Georgia Golf Economy," published for the Georgia Allied Golf Council in Dec. 2010 by SRI International under the auspices of GOLF 20/20, the size of Georgia's direct golf economy as recently as 2009 was approximately $2.4 billion, including nearly $666 million in retail margin and manufacturing exports from golf-related supplies. That number puts in perspective the $36.1 million (excluding purse and TV broadcast costs) generated by the state's golf events such as The Masters.

In 2009, the Georgia golf industry supported a total economic impact of $5.1 billion for the state of Georgia including the indirect and induced economic impacts stimulated by golf sector activity; a total employment impact of nearly 57,000 jobs; and total wage income of $1.5 billion.

Bridgestone Golf has produced more than 600 million golf balls at its facility in Covington, Ga.
Photos courtesy of Bridgestone