Behind the Big Data Rush to Montréal

Hydropower and brainpower combine to lure Google, Amazon and Microsoft.

Québec’s network of 62 hydro-electric dams generates abundant, low-cost energy that gives the province a competitive edge in luring major industrial projects like data centers. The Daniel-Johnson dam (above) on the Manicouagan River is the biggest such structure in the world.
by GARY DAUGHTERS

Led by Montréal, Québec has shed its status as an IT outpost, having expanded into a full-fledged epicenter of big data, cloud computing, artificial intelligence and machine learning.

In recent months, the biggest of the big data providers have made significant moves into Canada’s second-most populous province. Google and Amazon Web Services joined Microsoft and other well-established cloud-computing hosts in launching data center projects in and around the metro area, with Google hailing the Montréal tech scene in choosing the city for its seventh worldwide Cloud Computing hub.

“There’s a groundswell in artificial intelligence and machine learning happening,” noted James Lambe, manager for Google Cloud in Canada. Google isn’t disclosing the size of its investment or a projected date of completion, but says the new Montréal Cloud Region will offer faster access to its Canadian subscribers due to sheer proximity; some 90 percent of internet traffic in Canada is currently routed through the United States.

Amazon Web Services, like Google, selected Montréal for its first North American cloud region outside the US. The service went on-line in December, offering a range of services. Montréal joins 15 other AWS cloud regions around the world.

“End users in Canada,” says the company, “can leverage the Canada Region to avoid up-front expenses, long-term commitments and scaling challenges associated with maintaining and operating their own infrastructure.”

IBM, Cogeco, Bell, OVH, Ericsson and COLOGIX all maintain data centers in Québec, and more recent entries into the Montréal market, according to commercial real estate and advisory firm Jones Lang LaSalle, include Hypertec, Metro Optic, ROOT, Urbacon and Videotron. “Supply has been increasing dramatically across Montréal — a trend that we anticipate continuing,” writes JLL.

Hydropower is Part of the Pitch

Québec is actively courting data centers, and boasts of offering the lowest electricity rates in North America due its abundant supply of low-cost hydropower. The power source — considered renewable by some, if not by all — also helps corporate operators meet self-imposed sustainability goals. CBRE estimates that 13 percent of a data center’s operating costs come from expenses associated with powering and cooling.

In announcing the opening of its data center cluster in Montréal, Amazon Web Services cited the cost and availability of electricity as determining factors for locating there. Teresa Carlson, vice president of Worldwide Public Sector for AWS, said, “We picked the area that we did because of the hydropower. We did find them (Québec) to be very business friendly.”

A recent JLL study found that utility rates in Montréal remain the lowest in Canada, at approximately five cents per kilowatt-hour, “and are expected to remain stable, thanks in large part to the area’s ample hydroelectric supply.”

It’s become a sore point in neighboring Ontario, where the cost of electricity, according to the Québec-based utility Hydro-Québec, makes powering a data center in Toronto two-and-a-half times more expensive than in Montréal.

“We picked the area that we did because of the hydropower.”

“I’m envious of Québec,” Ontario’s opposition leader Patrick Brown told the National Post. Of AWS’s selection of Montréal, Brown told the paper, “It’s a story we’ve heard all too often, and we need to rectify it. These are jobs that could have gone to Ontario.”

“I think the shift to offering Canadian data centers does stem from the public demand for data localization,” says Michael Geist, professor of e-commerce law at the University of Ottawa. “We’ve seen the government adopt policies that would require some information be kept local. Some companies may be responding to similar market demands.

“Many people,” continues Geist, “feel more secure knowing that their information is stored locally and subject to Canadian laws. Whether they actually have greater protection is open to debate, given the long reach of US law and US courts.”

As for the brainpower component, Montréal’s reputation as a mecca for artificial intelligence is moving forward at a gallop. The University of Montréal and Montréal’s McGill University reportedly have 150 researchers between them advancing exploration into deep learning, the emerging field of science aimed at designing computers that can understand language and make decisions on their own. Last September, Canada’s federal government announced AI grants totaling $213 million at the two universities, and at Polytechnique Montréal and HEC Montréal, a French-language business school. The AI cluster in many ways parallels a similarly growing cluster of quantum computing expertise in Ontario's Kitchener-Waterloo region.

“From big data to brain health, the areas of research will pave the way for new discoveries and innovative practices,” said Marie-Claude Bibeau, Canada’s Minister of International Development and La Francophonie. “These major investments,” said Bibeau, “will help these institutions emerge as leaders in these fields and attract the most brilliant researchers here.” University of Montréal rector Guy Breton called it “the most important investment we’ve had in the history of Montréal.”

U de M Professor Yoshua Bengio, who along with Canada’s Geoffrey Hinton is considered one of the founders and leading lights of the AI movement, says the metro area already hosts the largest concentration of AI researchers in the world. In October, Bengio, who heads the university's Institute for Learning Algorithms, announced the founding of Element AI, a startup incubator devoted to helping entrepreneurs in the field of deep learning. Microsoft quickly committed an undisclosed investment in Element AI, offered the venture access to its technology, and scooped up Bengio as an adviser.

In January, Microsoft also announced the acquisition of Montréal-based startup Maluuba, a front-running deep learning enterprise. Maluuba’s engineering and research team will join Microsoft’s Artificial Intelligence and Research Group. Harry Shum, the group’s executive vice president, said in a blog post: “Maluuba’s vision is to advance toward a more general artificial intelligence by creating literate machines that can think, reason and communicate like humans — a vision exactly in line with ours.”

Maluuba’s co-founders Kaheer Suleman and Sam Pasupalak, graduates of the University of Waterloo, Ontario, said in a statement that access to Microsoft’s resources will help accelerate their research.

“Canada’s academic, enterprise and startup ecosystems are driving great innovation in fields like AI,” they said, “demonstrating that Canada, and more specifically Montréal, can be a compelling alternative to Silicon Valley.” 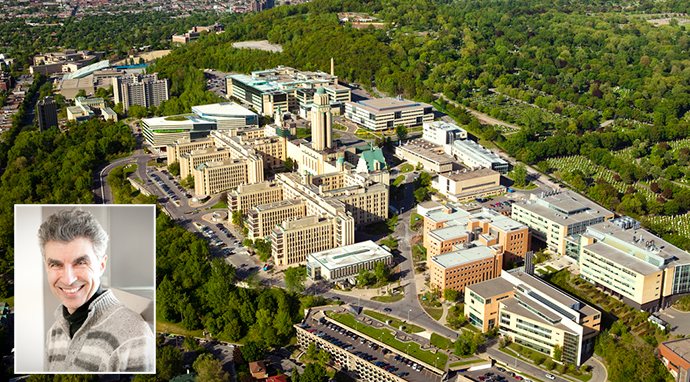 The University of Montréal is a growing hub of artificial intelligence research. Professor Yoshua Bengio (inset), one of the leading lights of the “deep learning” movement, is also a founder of the newly-launched startup incubator, Element AI, which has received major funding from Microsoft.