Brexit and Trade: The View from Canada

Last month's surprising vote to leave the European Union kicked off a market maelstrom — which is settling a little now — and launched a wave of political resignations — notably British Prime Minister David Cameron — and firings.

The Monday following the vote was a real kicker, with ratings agency Fitch knocking the UK government`s credit rating down a notch, and Standard & Poor's taking off two notches. And the English soccer team lost 2-1 to Iceland`s semi-pro, dentist-coached team in the European Championship tournament, prompting their coach's resignation.

Notwithstanding negative outlooks, yields on UK government bonds went down, as bond yields did in most of the rest of the world, implying that investors will be buying sovereign bonds and financing government debt from here until kingdom come, and that interest rate normalcy is nowhere in sight. Oil prices' recent buoyancy turned into a shallow dive, but most global currencies plunged against the US dollar.

Besides the no-good, very bad few days for investors in financial stocks, what does all that mean for us?

First, we can expect markets to level off, in a state where, over the medium term at least, the British pound and the euro will cruise at lower levels than they have been. This is good news for Canadian firms that own facilities in Europe and the UK that serve dollar-denominated markets but whose costs are priced in local currencies. That include some firms in the goods sector, and certainly a number of providers of professional and technical services.

Many Canadian financial services and legal firms, however, are heavily invested in the UK. The reason they are, as with others, is simple: London is a truly global financial hub and, for example, it dominates euro-denominated derivatives trading and settling markets. This will change if the UK in fact leaves the EU, owing to the EU's financial passport system, and several firms have already announced the numbers of jobs that will move from London to the Continent.

More broadly, lower European currency exchange rates will squeeze prices and margins for Canadian firms that serve those markets from home. And EU-sourced products and services will be slightly more competitive here.

For Atlantic Canada, the potential growth areas for goods exports to the EU are in refined petroleum products, seafood and some agricultural products and specialized manufactures (for recent APEC analyses, see here.) It is this growth opportunity, and associated trade volumes, that the UK's potential departure from the EU threatens.

The reason is CETA, the Canada-EU Comprehensive Economic and Trade Agreement. This broad, but not comprehensive, trade deal is fully negotiated and has reached the end of its legal review process. What is hanging fire is ratification, which, in theory, can be accomplished by votes of the Canadian parliament and the European Council, comprising EU heads of government or state.

Maybe. The EU's trade commissioner will make a recommendation to the European Council to ratify CETA, and at the same time will need to make a judgment as to whether the agreement is fully within the competence of the Council to ratify.

If it is not fully within the Council's legal competence, the CETA will have to be ratified by all EU member states to come fully into force. Some of those might proceed by ... referendum.

Within the EU, the UK has been a strong voice for trade openness and trade deals, which tend to benefit most people. At the European Council, however, the UK's stock has suddenly dropped near to nil.

Not only will the EU and its member states be contemplating how to deal with a potential UK departure, they will be contemplating issues closer to their own navels — government finances, immigration and refugees, and the spectacular rise of populist right parties in countries north and south. Things that smack of globalization are no longer much held in the almost favorable light of earlier this century.

Meanwhile, what happens with the UK and the EU will take time to play out.

The potential exit for the moment is indeed potential. The process does not involve the EU kicking out the UK; the UK must file a notice of intent with a two-year window for negotiating the result.

And nothing in UK law requires the prime minister to file such notice. It is possible, even if politically nervy, that she might look at the probability of Scotland and Northern Ireland formally departing the UK and declare an actual EU departure not to be in the public interest. In turn, such a tack might provoke another election, two years after the UK's last, or another referendum. Not politically pretty, but certainly possible. 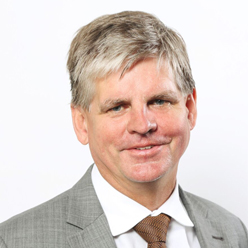 For us in Canada, and in the region, it is mostly a matter of wait and see. We are better off with the UK in the EU, and with CETA ratified. A long hot summer might provide a few clues on the likely outcome.

This edited version of his June 29th commentary is reposted with the permission of Finn Poschmann, president and CEO of the Atlantic Provinces Economic Council (APEC). Visit www.apec-econ.caem>.