The UK walks away from "the greatest and most successful political union since the creation of the USA," writes Martin Roche in this commentary composed less than a week after the vote.

The last quarter century of the UK’s membership has been a good period for foreign investment into my native city of Glasgow, Scotland. With Britain’s vote to leave the EU that happy period is likely to come to an abrupt end.

I've been away from Scotland for over 30 years, but keep in touch with my homeland, particularly its economic performance. In my childhood, Glasgow was one of the world's greatest industrial cities. In the '70s and '80s it went into the sort of sharp decline familiar to industry watchers from Baltimore to Bremen. Since then, Glasgow has reinvented itself as a hub for high technology R&D, world class retail, hospitality and business, outstanding universities and financial services and as a globally-ranked center for culture and the Arts. Indeed, the city's renaissance is often seen as dating from the Award of European City of Culture in 1990.

The city of culture awards is a program of the European Union, one of many economic stimulus initiatives that will now be closed to UK cities.

Glasgow benefited hugely from the EU and now much of that progress is under threat, most obviously in financial services. Quitting the EU may mean that UK-based finance concerns will lose their automatic right to sell their products into the remaining 26 EU countries. This is known as "passporting," and is part of the Single European Market that is free of tariffs and gives guaranteed legal protections to allow free competition across the continent.

But entry to the market comes with the condition that there will be free movement of labor across the EU. That means that every EU citizen is entitled in law to live and work in any other member nation.

The perception of uncontrollable immigration has become the biggest political issue in Europe and led to the historic UK vote to leave the Union (legal EU immigration is frequently confused with refugees and asylum seekers fleeing war). The British government will come now come under huge pressure from business to retain the Single Market and at least as much pressure from those who voted to leave the EU to stop immigration. Managing these competing pressures will require the wisdom of Solomon, the oratorical skills of a Churchill or Lincoln and statesmanship of an order of the greatest rarity.

The consequences of the vote to leave the EU were not slow to come to pass. Already some of the biggest names in finance in London have said jobs will be moved to Dublin or Paris and FDI plans by companies considering a UK investment are said to be revising all their plans. The UK has been consistently the biggest winner in the EU at drawing foreign investment. It is likely that all plans will be on hold until it is clear what comes out of the exit negotiations the EU will now have with Britain. It will take at least two years for all to be known.

Right now, as I write five days after the shock leave vote, the UK is adrift. Prime Minister David Cameron says he will quit in September, when his party has elected a new leader, who will take over as Prime Minister. In the interim, the devolved government in Scotland says it is preparing for another referendum calling for Scotland to split from the United Kingdom and remain in the EU. Every referendum counting area in Scotland voted by a handsome margin to stay in the EU. The Scottish argument is that England cannot drag Scotland out of the EU against the democratic will of the Scottish people.

Northern Ireland too voted to remain, and its republican politicians now call for a special arrangement to keep it in the EU and, later, to hold a referendum on reuniting Northern Ireland with the Republic of Ireland.

Uncertainty and instability is all round. The only two leading figures who look to be acting with purpose and direction are Scotland's First Minister, Nicola Sturgeon, and the Governor of The Bank of England, Mark Carney. Carney, a Canadian, is having some success in steadying markets, though they are extremely nervous and fragile, with the pound plunging and stock market volatility cutting values in London and worldwide. Confidence is in short supply.

I perhaps feel the shock of the EU vote in Britain more than many. I am a lifelong supporter of the ideal of European unity. It has been, in my view, the greatest and most successful political union since the creation of the USA. I worked many long hours to try and convince my fellow Britons to vote to stay in the EU.

We in Europe have in the 70 years since the devastation of World War II enjoyed the longest continuous period of peace the continent has known in 400 years. The majority of people enjoy some of the world’s highest living standards. Countries formerly under the iron grip of Russian Communism have joined the EU to cement their new democracies.

For the UK to turn its back on the EU is a decision many who voted to leave are already regretting. We will never again see England as a full member of the EU, and the chances now of Scotland voting to leave the UK are higher than ever.

Earthquake must be ended

We may yet be able to salvage some of the most important economic benefits the Union brought us, but those who led the leave campaign have no firm plan. They ran a campaign of broad generalizations and half-formed ideas. They owe it now to the people of the UK — those who voted to leave and for remain — to take no holidays, to not indulge in political maneuvering for party or personal advantage. We need to urgently win back the confidence of markets and inward investors. Every day lost is a day when a mobile investor will look elsewhere for calmer waters and at countries with less confused and confusing politics and economics.

Glasgow had a record year in 2015 for financial services inward investment. Until the earthquake caused by the EU vote subsides and the future is clearer, Glasgow and the entire UK are unlikely to see much in the way of new international investment. Our politicians have politicked long enough. Now they need to get on with the job of keeping the UK the world's fifth largest economy. 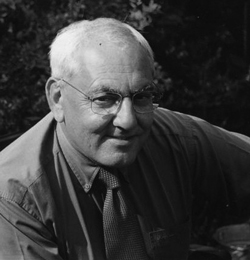 My job now, and that of my colleagues, is to give our clients the best possible advice on how the fallout from the UK’s decision will change Britain and change Europe, and what those changes may mean for their businesses.

Martin Roche has advised governments worldwide on inward investment marketing, place marketing and economic development communications. He is a partner at the geopolitical consultancy Etoile Partners.