An impromptu talk with the head of Canada's national rail service provides insights that are anything but off-the-cuff. 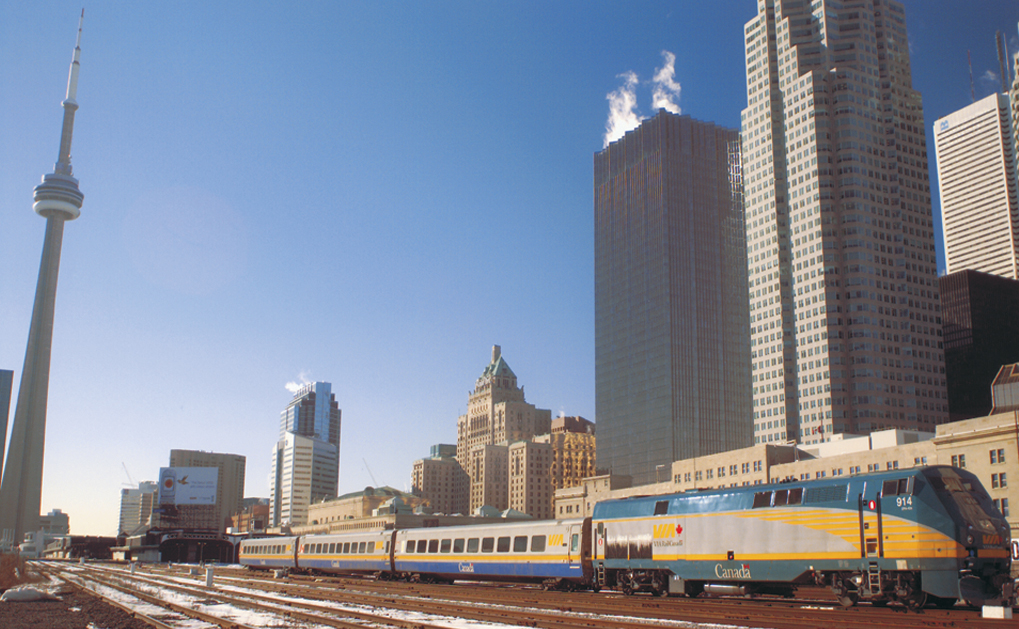 Ninety percent of the Canadian population living within 100 miles of the US border has led to a robust communications network that supports wifi on VIA Rail trains in the busy Windsor-Toronto-Ottawa-Montréal corridor.
Photo courtesy of VIA Rail
by Adam Bruns 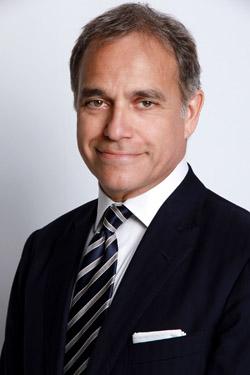 Yves Desjardins-Siciliano was appointed president and CEO of VIA Rail in May 2014.
Photo courtesy of VIA Rail

Taking the train gives Yves Desjardins-Siciliano the opportunity to do some of his best work.

Since being appointed in May 2014 as President and CEO of VIA Rail Canada, which operates the country's national passenger rail service, Desjardins-Siciliano is frequently aboard one of the organization's 500 weekly trains. Each time, he walks to the intercom, introduces himself to the passengers, and invites them to talk to him one-on-one. It's just one way he and VIA Rail's 2,600 employees are breathing life into the motto, "A More Human Way to Travel."

In early March, on the 5:35 evening train from Ottawa to VIA Rail's home base of Montréal, one of the passengers who signed up for a talk was Site Selection Managing Editor Adam Bruns. Realizing it was a conversation with a reporter, Desjardin-Siciliano asked if he could defer in order to talk with other customers first. Thirty minutes later he returned to his seat across the aisle, where he was asked about the role of passenger rail in economic development.

Yves Desjardins-Siciliano: In an economy of knowledge, people's mobility is key to the development of ideas. The more mobile societies tend to grow economies faster and better. That's why you have knowledge corridors like Boston-Washington in the United States. The Québec-Windsor corridor is the same thing — you have all the universities, the pharmaceutical R&D in Montréal, and the large-scale manufacturing in Southwestern Ontario. What efficient collective travel services do is bring them together efficiently, as you're doing now. While you're on this train, you can be productive.

"In an economy of knowledge, people's mobility is key to the development of ideas."

Somebody once said a rich society is a society where rich people use public transit. We often think the reverse. [But] travel in Europe — in Zurich or Paris or London — and you see men and women with briefcases. They use it because their time on board is productive. With just road congestion in Montréal and Toronto, getting in and out of those cities costs the Canadian economy anywhere from $5 billion to $7 billion a year in lost time. Time wasted in the Holland Tunnel or on I-95 can be used productively for meetings, phone calls and emails, and presentation preparation. It facilitates and supports a knowledge-based economy. People's brains should be used to produce economic benefit.

In 2013, VIA Rail transported close to 4 million passengers Canada-wide, serving 450 communities through some 500 trains per week.
Map courtesy of VIA Rail

Site Selection: In the United States there is frequent conflict between the needs of passenger rail and freight rail. What is your vision for partnering with freight rail in Canada?

Desjardins-Siciliano: I think the prospects are excellent. We got distracted by this notion of introducing high-speed trains, forgetting that the starting base in Europe was different. They already had extensive passenger rail infrastructure, and the rail system in Europe is passenger-based. They had a culture of 100 years of passenger rail, on top of which they built high-speed. And only 25 percent travel by high speed.

Let's start by having a dedicated corridor. In North America the rail system is primarily freight. Let's get a dedicated corridor, and let's run the equipment at its capacity. This trip, instead of 2:10, would be 1:15. High-speed would be 45 minutes, but if there is an advantage, it's marginal. So that's the approach. What has happened in the world over the last 10 years is these public-private partnerships are looking to invest in rail infrastructure. You have the combination of large pools of money looking for infrastructure investment, a low interest rate, and Canada, the most stable political economic society in the world. That makes an infrastructure investment the soundest investment.

"In North America the rail system is primarily freight. Let's get a dedicated corridor, and let's run the equipment at its capacity."

With all of those elements put together, and the growing congestion from roads in and out of those cities, you have the passenger demand. And you have the congestion because freight has grown — 25 percent over the last year alone. Passenger rail has also grown — we've added frequencies, we've added trains. So you have congestion. That's why dedicated rail is the only way to go. You'll grow the market three to four times what it is today.

Site Selection: You have spoken in the past about the importance of intermodality.

Desjardins-Siciliano: In the spring, Toronto will have the Union Pearson Express line. Union Station [downtown] is the station we use, so you can board the out train [to Toronto Pearson International Airport) with that single VIA Rail ticket, you just go to the Union Pearson link. The other integration is right here at Dorval Station [in Montréal]. We move this station onto the airport property. They're putting together a people mover to move people from garages to rail stations — you can get on it to the terminal and get on a plane. Now, you get off here, you take a shuttle, and it drives you over. We're going to be integrating the new station — regional bus, regional train, intercity train, all in one building on airport property. That's like Heathrow ... that's where I see this happening first. In Ottawa, the LRT [light rail transit] to the train station is being built for 2017.

Intermodality is key, because the challenge with the train business is not station A to station B. The pain points are between your front door to station A and from station B to your destination. People don't know where the stations and parking are, and don't know how to get there by transit. Intuitively with airports, they know the parking, and know how to get around. It comes back to being a car culture.

I talk to people about their train experience — they say it's [from] when they were kids. People have an old vision of train service. That's why we remodeled these cars and made them fresher and more modern-looking, to change people's perception. Wifi was a big enabler in terms of positioning it as a modern service. The wireless network here is extremely elaborate. That's because 90 percent of the Canadian population is within 100 miles of the US border — Canada is really based along that 100-mile strip. So the network is extremely high-performing here, way more advanced than most other countries.

Site Selection: Tell me more about your practice of talking with customers as you ride the train.

Desjardins-Siciliano: I take the train sometimes four or five times a week, and every time I introduce myself. I talked with 13 customers today, usually a dozen per trip, so I get a good sense of what people care about. And it's allowed us to make some quick changes. People would complain in the business car that they didn't get their choice of menu. Now 90 percent get their choice of at least two meals. It took complaints, and me talking to people. We serve what we've got, and then sell the [surplus] to the back — that's turned out to generate more revenue. Now the guy in back is having a hot meal, and all of a sudden you have a $20 ticket instead of no income at all. A lot of improvements are brought about by customer suggestions, and it gives me as CEO the power of the customer on my side ... it's helpful to convince [board members and management] "We have to fix that."

At Christmas we deploy the executive team across the major train stations from December 19th to January 30th — every day a senior executive is at the station to help with luggage, food and beverage carts, and to show support. It says, "We share your pain." That's been an unexpected benefit of my presence on the train — it's a matter of pride among the employees. I deal with unpleasant characters from time to time, I get the brunt of the complaints, and I deal with it. It's picked up their pride. So input from the customer helps convince internally and provide support for the frontline troops.

"Intermodality is key," says VIA Rail President and CEO Yves Desjardins-Siciliano. A prime example will launch in Toronto this spring just in time for the 2015 Pan/Parapan American Games, as the new Union Pearson Express transit line from Metrolinx finally, and seamlessly, will link downtown Toronto's Union Station to Toronto Pearson International Airport via 25-minute rides every 15 minutes.
Images courtesy of Metrolinx