Keep It Clean Out There

What the latest Corruption Perceptions Index might mean for your global site selection strategy. 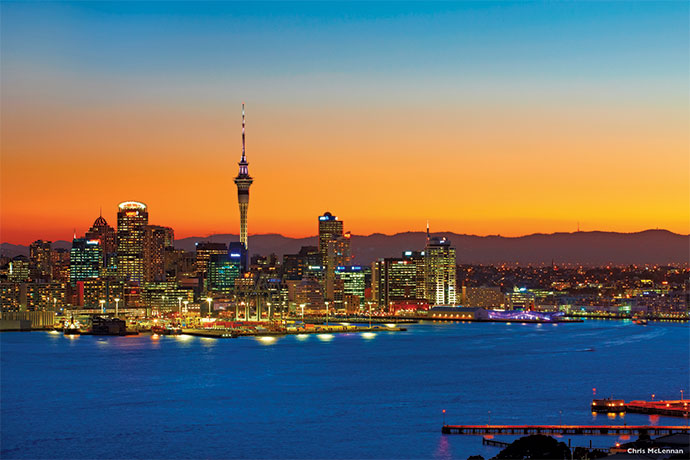 Auckland (pictured) was rated as the third most liveable city in the world by Mercer, New Zealand was fifth in the Legatum Institute’s happiness study, and now New Zealand has tied with Denmark as the least corrupt nation in the world in Transparency International's Corruption Perceptions Index 2013.
Photo courtesy of Tourism New Zealand
by ADAM BRUNS

One man's sweetheart deal is another man's fishy situation. For every project announcement celebrating collaboration, there are observers seeing coercion.

You say, "flexible business climate." Somebody else says, "Something's rotten in the state of Denmark."

In fact, however, Denmark is one of the two least rotten states in the world, according to the newest edition of the Corruption Perceptions Index (CPI), released this week by Berlin-based Transparency International, which is celebrating 20 years of flushing out bad behavior and steering countries and companies toward the high road. Denmark and New Zealand tie for first place with scores of 91. (More results appear below.)

But Hamlet's home is a rare bird, says the organization, as "the abuse of power, secret dealings and bribery continue to ravage societies around the world." More than two thirds of the 177 countries in the 2013 index score below 50, on a scale from 0 (perceived to be highly corrupt) to 100 (perceived to be very clean). 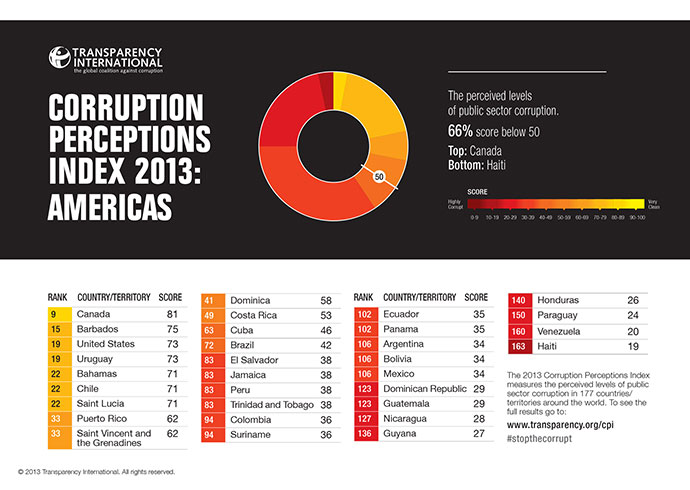 "The Corruption Perceptions Index 2013 demonstrates that all countries still face the threat of corruption at all levels of government, from the issuing of local permits to the enforcement of laws and regulations," said Huguette Labelle, Chair of Transparency International. "The top performers clearly reveal how transparency supports accountability and can stop corruption. Still, the better performers face issues like state capture, campaign finance and the oversight of big public contracts, which remain major corruption risks."

The CPI is based on experts’ opinions of public sector corruption. Countries’ scores can be helped by strong access to information systems and rules governing the behavior of those in public positions, while a lack of accountability across the public sector coupled with ineffective public institutions hurts these perceptions.

Corruption within the public sector remains one of the world’s biggest challenges, Transparency International said, particularly in areas such as political parties, police, and justice systems. Public institutions need to be more open about their work and officials must be more transparent in their decision-making. Future efforts to respond to climate change, economic crisis and extreme poverty will face a massive roadblock in the shape of corruption, the organization warned. International bodies like the G20 must crack down on money laundering (a particular target for international financial authorities scrutinizing free trade zones), make corporations more transparent and pursue the return of stolen assets.

"It is time to stop those who get away with acts of corruption. The legal loopholes and lack of political will in government facilitate both domestic and cross-border corruption, and call for our intensified efforts to combat the impunity of the corrupt," said Labelle. 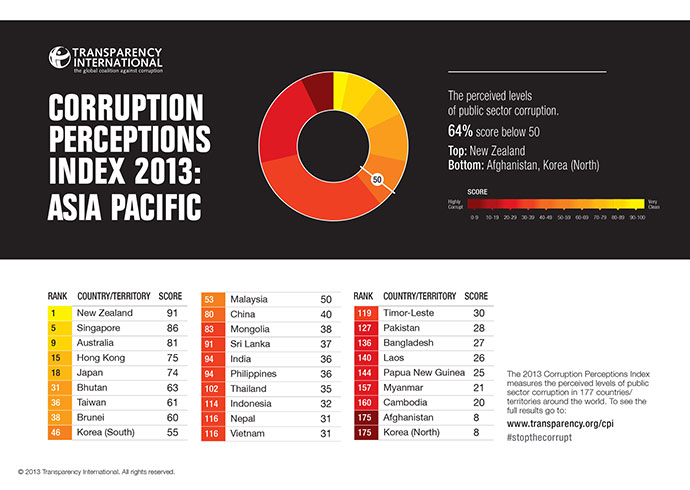 Site Selection:To what extent do you see perceptions of corruption in a given territory influencing global site selection decisions by companies? Do you know of specific examples of projects swayed by such considerations?

Ben Elers:The degree of corruption risk associated with a particular territory is extremely relevant in evaluating the risks associated with that selection. The higher the risk of corruption, the greater the risks all around. Such risks include financial, legal and reputational risks. Companies who fully, accurately and realistically value their corruption risk will find that what appears at first to be a “cheap” site or a bargain could become very costly, in terms of fines, breach of domestic and/or US law and corporate reputation.

While we are not aware of any particular project that was swayed by the CPI, we know that companies rely on the CPI for risk assessments in other areas, most notably in anti-money laundering compliance. Clients or transactions emanating from countries that perform poorly in the CPI are subject to a higher degree of scrutiny by financial institutions that need to ensure that they are not engaging in, facilitating or promoting the laundering of proceeds of corruption.

SS: In terms of location decision-making, what guidance does Transparency International offer multinational corporations trying to avoid corruption (or its perception) while also negotiating the best deal possible with the territory in question?

BE: In order for companies to protect themselves against the risks associated with corruption, they need to put in place a robust and comprehensive anti-corruption program. Such a program is outlined in the Business Principles for Countering Bribery, developed through an extensive multi-stakeholder process and recently re-released. The Business Principles are that: 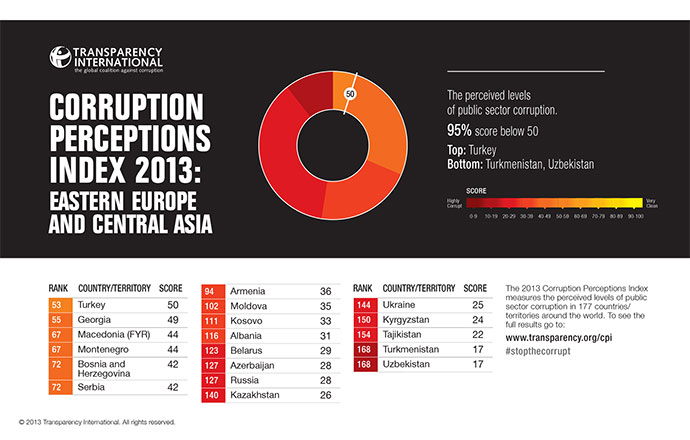 SS: What have your years of analysis revealed in terms of the "corruption opportunity," i.e. the possibility that locating in a territory with a higher perception of corruption, despite the risks involved, might afford a company the opportunity to make more money there because of the potential for dealmaking and a "flexible" business climate.

BE: While in the short run, a corrupt environment may appear to create opportunities, our experience shows that such “opportunities” are illusory and transient. The costs to a company of making mistakes when it comes to corruption are high and are getting higher. The costs can come in many forms: falling share price, direct costs (such as fines) or indirect costs (including soft costs for audits, monitors, etc.). This is why we caution companies to consider the longer term in order to ensure a sustainable business.

FCPA Compliance Under the Microscope

In the United States, The U.S. Dept. of Justice and the Securities Exchange Commission lead legal and regulatory scrutiny of corporate compliance with the Foreign Corrupt Practices Act (FCPA). According to a just-published National Law Review article by three lawyers at Morgan, Lewis & Bockius LLP about the 30th International Conference on the Foreign Corrupt Practices Act held in November, US regulators in attendance “discussed the near-record amount of FCPA penalties in 2013 and disclosed that there are more than 150 ongoing FCPA investigations.” However, those make up a small fraction of the 6,573 tips and complaints received by the SEC’s Office of the Whistleblower since its establishment in August 2011. 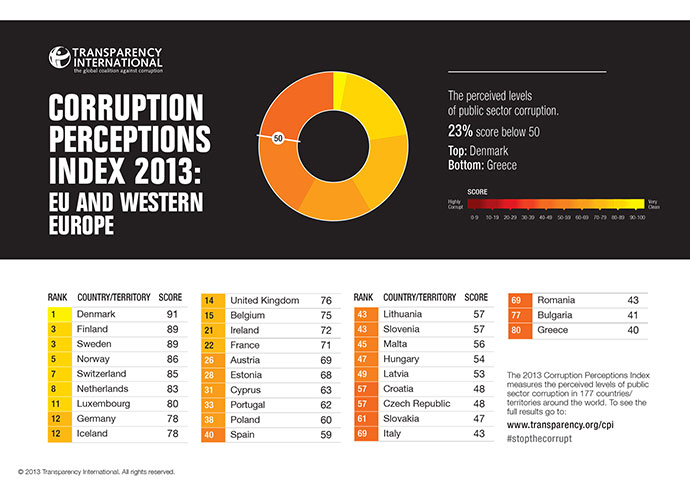 A November Bloomberg report noted that both Chinese and US regulators are looking harder at bribery and corruption incidents in China, with current cases involving JPMorgan Chase & Co., GlaxoSmithKline and Avon, and recent cases involving such reputable firms as Pfizer and IBM.

Released in November 2012, “A Resource Guide to the U.S. Foreign Corrupt Practices Act” is the Department of Justice's and Securities and Exchange Commission's detailed compilation of information about the FCPA, its provisions, and enforcement. It is the product of extensive efforts by experts at DOJ and SEC, and has benefited from valuable input from the Departments of Commerce and State. 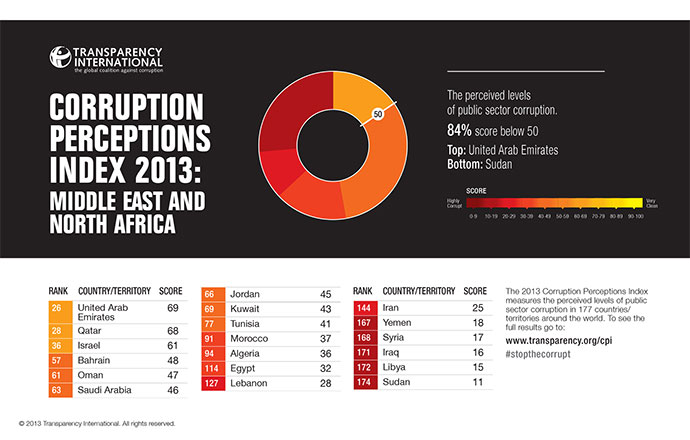 The guide “endeavors to provide helpful information to enterprises of all shapes and sizes — from small businesses doing their first transactions abroad to multi-national corporations with subsidiaries around the world,” says the government. “The Guide addresses a wide variety of topics, including who and what is covered by the FCPA's anti-bribery and accounting provisions; the definition of a ‘foreign official’; what constitute proper and improper gifts, travel and entertainment expenses; the nature of facilitating payments; how successor liability applies in the mergers and acquisitions context; the hallmarks of an effective corporate compliance program; and the different types of civil and criminal resolutions available in the FCPA context.

However, a poll conducted during a Grant Thornton webcast earlier this year on the new anti-corruption guidance found that 52 percent of the nearly 150 participants surveyed indicated that even with new guidelines, they are unclear about the SEC’s and DOJ’s compliance expectations. “Of those surveyed, 40 percent responded that it is too early to tell how the new guidance will affect the way they conduct business. The survey results reflect the uncertainty many executives still have about federal anti-corruption laws and what compliance efforts are required,” said the advisory firm. A separate question found that 30 percent had no risk-based FCPA compliance policy in place.

There is also no shortage of advisory and consulting expertise on FCPA compliance, including at such firms as Kroll, Deloitte and AlixPartners, among others.

Ultimately, says Transparency International’s Ben Elers, “What is required is concerted collective action by businesses, governments and civil society which will contribute towards a clean, level playing field, not a race to the bottom where there are no real winners.”