Don’t Cry for Me 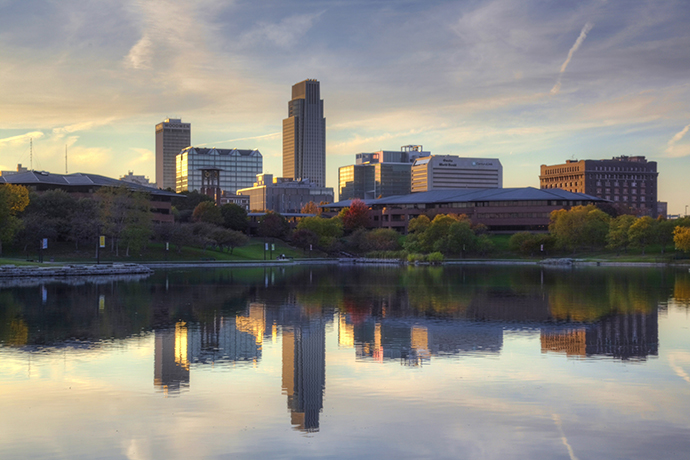 In 1988 the City of Omaha approved the demolition of more than 20 historic buildings in the Jobbers Canyon Historic District on the banks of the Missouri River downtown to make way for the new ConAgra corporate campus, after the company had threatened to move its HQ.
Photo courtesy of Greater Omaha Chamber of Commerce
by RON STARNER

When ConAgra Foods announced Oct. 1 that it was moving its corporate headquarters from Omaha to Chicago, the first reaction of many observers in Nebraska was one of shock and disappointment.

How could a Fortune 500 company that had made its home in Nebraska since 1919 leave the breadbasket of America and relocate to the bustling financial district of the Windy City?

CONAGRA FOODS INC. AT A GLANCE:

Who: One of North America’s largest packaged food companies, with revenues of $17.8 billion (Fortune No. 173).

Where: Based in Omaha; moving to Chicago next year.

Cancel the pity party, say nationally prominent site selection consultants who handle such projects for a living. ConAgra’s move may be a blow to Omaha, but it is far from a crippling one.

“While the Omaha town fathers are certainly disappointed with this turn of events, Omaha will do just fine,” says John H. Boyd, principal of The Boyd Company Inc. in Princeton, N.J. “The ConAgra move is yet another example of the heightened mobility of corporate headquarters these days. It’s not about Omaha; it’s about the unique circumstances of ConAgra. As companies retool, re-engineer themselves to better compete in the global marketplace, every corporate function, every corporate facility is under the microscope and on the table for a possible relocation.”

A site selection consultant who specializes in headquarters searches for large corporations, Boyd says that ConAgra is but the latest in a wave of corporate relocations. “Mercedes to Atlanta, Toyota to Dallas, Sealed Air to Charlotte, Hertz to Fort Myers, Cadillac to SoHo in New York and Goya to Jersey City” are other recent moves that confirm this trend of product seeking the best return on investment and greater shareholder value, Boyd says.

But it does not signal a downturn for Omaha, notes Boyd. Omaha remains a vibrant city of 434,353 people anchoring a metropolitan region of 915,184 residents — an MSA that POLICOM recently ranked as the fifth-best-performing economy in the nation.

“Omaha is certainly losing an old friend in ConAgra, founded a century ago there,” adds Boyd. “The company will still employ over 1,000 workers in Omaha, a city with a well-established food industry base just like Chicago.”

Courtney Dunbar, site consultant and economic development leader for Olsson Associates in Omaha, says there is no reason to cry for Omaha, because there is nothing the city leaders could have done to prevent ConAgra from leaving.

“By and large, I believe this news had been expected for some time,” says Dunbar. “ConAgra’s unwillingness to enter into any form of retention discussion, even in the very early stages of the relocation consideration, led most in the economic development community to believe that the decisions being made were not going to be impacted by an incentives or political bartering game.”

In fact, ConAgra President and CEO Sean Connolly said that the move was part of a cost-cutting strategy by the Fortune No. 173 firm that tallied $17.8 billion in revenues last year. On the same day Connolly announced the headquarters relocation to Chicago, he announced $300 million in cost reductions that included the elimination of 1,500 jobs.

“Omahans can be sad. We can be angry. What we cannot do is place the blame on our economic development community.”
— Courtney Dunbar, Site Consultant and Economic Development Leader, Olsson Associates

“Today’s announcements are important milestones as we continue to execute against our strategic plan to build a focused, higher-margin, more contemporary and higher-performing company,” he said on Oct. 1. “We are making difficult, but necessary, decisions to enhance productivity, drive standardization and enhance flexibility to deliver improved profitability.”

As for why ConAgra selected Chicago: “Locating our headquarters and our largest business segment in Chicago places us in the heart of one of the world’s business capitals and consumer packaged goods centers, enhancing our ability to attract and retain top talent with a focus on brand building and innovation.”

Jeff Malehorn, president and CEO of World Business Chicago, says that the Second City finished first in the race for ConAgra for several reasons. “In general, it is the same story behind a lot of our wins. It comes down to the size of the talent base that we have here,” he says. “Secondly, we have a very sizable food industry. And third is access to markets. That means access to domestic and global locations in terms of customers, suppliers, and for various teams to come together.” 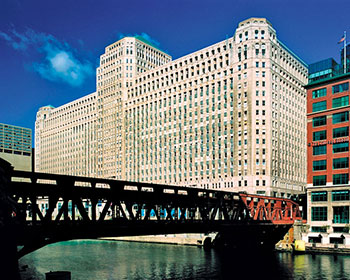 Malehorn adds that the deal came about through “conversations that took place over a number of months.” State incentives helped seal the deal, he notes, adding that “this is a big win for Chicago.”

While those incentives have not been made public, the administration of Illinois Gov. Bruce Rauner indicated that ConAgra would qualify to receive Illinois Edge payroll tax credits for creating a minimum of 150 new positions in the state. Those credits could range anywhere from $600,000 to $1 million a year for ConAgra.

The move means the elimination of 1,300 jobs in Omaha. The company that employs 32,800 people worldwide is shedding about 4.5 percent of its workforce. Approximately 1,200 ConAgra employees will remain in Omaha.

In Omaha, it also means that the tremendous effort the city made 27 years ago to keep ConAgra has finally met its match. ConAgra threatened to move to Denver, Minneapolis or Chicago in 1988 if Omaha did not help find a new location for its headquarters. The city responded by approving the demolition of more than 20 historic buildings in the Jobbers Canyon Historic District on the banks of the Missouri River in downtown Omaha to make way for the new ConAgra corporate campus.

By next summer, most of that property will be vacant as ConAgra is set to open shop with 700 employees in 200,000 sq. ft. of new office space in Chicago’s Merchandise Mart. 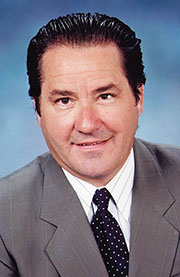 “... Every corporate function, every corporate facility, is under the microscope and on the table for a possible relocation.”
— John H. Boyd, Principal, The Boyd Company Inc.

Built on the backs of household brand names such as Slim Jim, Orville Redenbacher, Chef Boyardee and Marie Callender’s, ConAgra rose from humble origins as Nebraska Consolidated Mills to become a global company whose food products today are found in 99 percent of US homes.

Ultimately, that success means little when it comes to headquarters moves, says Boyd. “The ConAgra move is another feather in the cap of Mayor Rahm Emanuel, who has brought the economic development mission of Chicago right into his office,” Boyd says. “Like Atlanta, Chicago’s big draw is led by its world-class airport. Unlike Atlanta, Chicago’s downtown is the hottest destination for new head office investments, especially the Loop and West Loop areas.”

Dunbar says it is time for leaders in Omaha to face up to the reality of the decision. “ConAgra’s departure from Omaha is definitely negative. However, corporate decisions made by their board and their shareholders and their staff that led to decisions to relocate their headquarters are exactly that — theirs,” she says. “Nebraska economic development leaders bent over backwards in 1987 to create specialized incentives, workforce training and capital infusion packages to create the most competitive economic environment possible to retain and grow this company locally. ConAgra has been the recipient of subsequent modernized tax and other incentives in the years since, supported very well by Nebraskans. Unlike 1987, the corporate tax environment and average skilled labor wage advantages now far exceed Illinois in this regard. Omahans can be sad. We can be angry. What we cannot do is place the blame on our economic development community.”

The ConAgra world headquarters site on the Missouri River might be the ideal place for further mixed-use development, which has thrived in downtown Omaha.
Archive photo courtesy of ConAgra

Nebraska Gov. Pete Ricketts fired state economic development director Brenda Hicks-Sorensen on Oct. 1 — the same day that ConAgra announced its decision to leave Omaha. While the dismissal was not tied to Nebraska losing a Fortune 200 company, it reinforced the notion that Ricketts had lost confidence in his state’s economic development efforts.

Dunbar says it is time for Omahans to look forward, not backward on a deal that cannot be undone. “While most are sad to see ConAgra leave, there are many opportunities that exist to build into the future,” she notes. “These generally include: vacating a very prime and large piece of riverfront office space for additional corporate and/or mixed-use opportunities; and emergence of a significant number of highly skilled corporate employees back into a workforce that struggles to show high enough unemployment to attract additional opportunities.”

Far from being despondent, Dunbar says that Omaha’s leaders “can and will find a way to retain the talent that built ConAgra.”

Both Chicago and Omaha's downtowns have been welcoming healthy levels of corporate and mixed-use development.
Photos courtesy of Choose Chicago and Greater Omaha Chamber of Commerce