Companies and institutions in the Netherlands thrive on innovation. 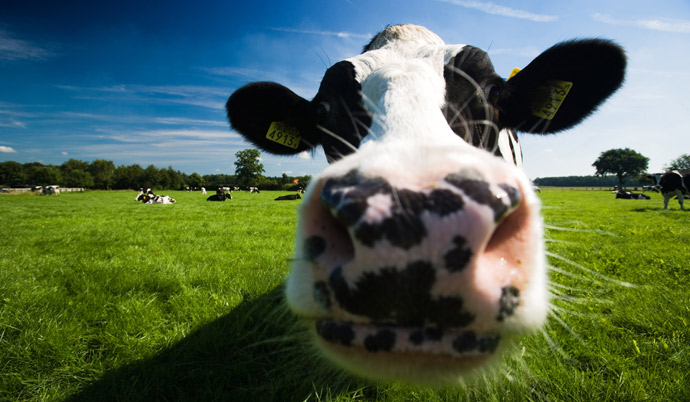 The Netherlands dairy industry has total annual turnover of €12 billion (US$15.3 billion).
by JOHN W. McCURRY 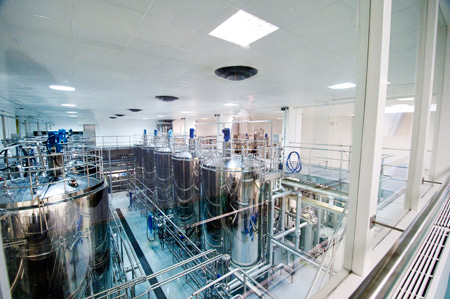 Renowned Dutch trend watcher Adjiedj Bakas recently turned his attention to nutrition with his latest book “The Future of Food.” He believes this future includes more functional foods and a move toward personalized foods.

“The future of food is quite a positive one despite what we see in the press these days,” Bakas told a gathering of international journalists during the Food Valley Expo held in Arnhem, the Netherlands, in late October.

The Dutch agri-food sector accounts for about 10 percent of the country’s economy. It has been propelled by a strong logistics infrastructure and by a cluster of R&D.

Food Valley is the nickname for a region south and east of Amsterdam that is home to a robust cluster of universities, public and private research institutions and multinational food companies. All are working on their versions of the future of food.

One of them is Heinz, which has had a presence in the Netherlands since 1958.
Since that time the company has acquired several well-known Dutch brands and currently employs about 1,200 in the Benelux region. Among its holdings:

Peter Boterman, head of communications for Heinz in the Netherlands, says Zeist was chosen for the supply chain facility due to its proximity to other Heinz operations.

“The center region of the Netherlands also offers a very good environment for our talent in terms of living, education and recreation,” Boterman says.

Being close to the Food Valley’s bevy of research institutions was a key draw to locate the Innovation Center in Nijmegen.

“It is very important for us and has been a key trade-off criterion to locate our new Innovation Center in Nijmegen,” Boterman says. “In our innovation we actively seek partnerships with research agencies, universities and entrepreneurial start-ups in the Food Valley. The spirit in this academic environment is the ideal mix between entrepreneurship and academic quality of research. It also offers a good talent base for our current and future work force.”

Bob Steetskamp, program director for the Netherlands’ Agri-Food program, which promotes the sector, says innovation is the key to the Netherlands maintain its position as a global leader in food.

“We created this leading export position over the last 100 years by exporting products we have in excess,” Steetskamp says.” In the future that’s not enough. You have to innovate, make products accessible to people and make them cheaper and better. Otherwise, anyone else can do it.”

Examples of innovation are plentiful. The Wageningen University & Research Centre’s (UR) Food and Bio-based Research program is a contract research center at Wageningen University. It is one of several institutions pushing the envelope on food innovation. It recently collaborated with fresh juice specialist Hoogesteger to develop a method to extend the shelf life of its fresh juices.

Hoogesteger ships fresh fruit to the Netherlands where it is made into juice without preservatives. The juice has had a shelf life of eight days. Hoogesteger recently worked with the research agency to refine a method of preservation using pulsed electric field technology to deactivate microbes in the juice, extending the shelf life to 21 days. The company has been successfully using the technology in its processing facility for about a year. The process improves the company’s logistics and allows it to pursue markets outside of the Netherlands.

Another major source of food innovation is NIZO food research in Ede in the heart of Food Valley, which owns the largest food testing pilot plant in Europe.

NIZO, which began its work in 1948 in dairy research and subsequently expanded to the broader food industry, has a long list of major food company clients, including Heinz and Coke. NIZO’s current work includes projects to reduce salt in foods such as bacon, bread and cheese with the goal of reducing salt by 50 percent. Another project involves replacing fat in ice cream through the use of proteins.

The Netherlands food sector is dominated by the dairy industry. A quick look at the statistics shows why:

One of the many foreign investments in the dairy sector has come from Japan-based Yakult, a maker of probiotic drinks. Both the European headquarters and the production facility of Yakult for the European market are located in Almere. The Yakult factory was opened in 1994. The factory currently produces two products (Yakult and Yakult Light) for the following markets in Europe: The Netherlands, Belgium, Luxembourg, United Kingdom, Ireland, Germany, Austria, Italy and a limited part of France.

“The Netherlands is a center of ground-breaking fundamental research in the field of dairy production,” says Jan-Albert Blaauw, a Yakult spokesman. “This is one of the reasons for Yakult to select the Netherlands as [a] production location. Yakult has many cooperation initiatives with scientific institutions and universities in relation to research and development. These initiatives may also lead to opportunities in the field of product development and innovations.”

Blaauw believes the Netherlands dairy industry has a bright future with production set to grow as the EU relaxes milk production restrictions in 2015.

“New dairy companies have entered the Dutch market over the last years and new ones will probably join. The Netherlands seems to be the ideal springboard for the rest of Europe.”

In 2011, New Zealand-based Fonterra, one of the world’s largest dairy companies at No. 4 in the Rabobank list, moved its European headquarters from Hamburg, Germany, to Amsterdam. The company decided it had an urgent need for a reorganization of its operations in Europe.

“The global dairy industry’s largest players are all located at a stone’s throw from our office,” said Koert Liekelema, Fonterra’s general manager of Europe at the time of the move. “We have direct access to the most innovative knowledge on dairy and dairy ingredients, and the best and smartest people in the industry.”

Fonterra also considered Paris, London, Madrid and Zürich, but ultimately concluded that the Netherlands’ position as a center of knowledge and innovation in the dairy sector was the major attraction.

“All the major players in the international dairy industry are represented in the Amsterdam area or its direct vicinity, and have also concentrated a large portion of their research activities in the Netherlands,” Liekelema said. “We’re no more than an hour’s driving distance from the world’s most talented minds and best research facilities in the area of food and food technology.”

Adjiedj Bakas believes the historical strong position of the Netherlands in food innovation will keep the country at the forefront of the industry far into the future.

“Dutch food researchers will remain very important in the coming 25 years regarding innovations," he says. “Wageningen University & Research is already a frontrunner in this field. Holland will stay a food hub because of its strong agricultural sector, big food companies like Unilever and smaller, but much more innovative ones that focus on niche markets.”