EB-5 cash revs up assorted projects in the Milwaukee region. 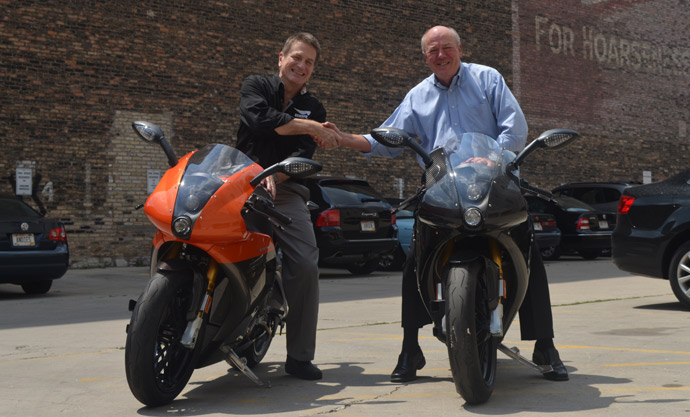 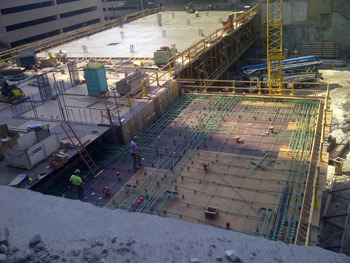 Bob Kraft spends quite a bit of time in Asia, usually making a half dozen trips annually. He's paid more than 40 visits since he founded Milwaukee-based First Pathway Partners in 2007. All of that travel is to recruit wealthy foreign investors interested in seeking U.S. citizenship through the Immigrant Investor Program, more commonly known as EB-5.

First Pathway Partners has embarked on 11 projects in its first five years, encompassing an array of businesses. Its entire business is based on the EB-5 program.

"I became involved in the EB-5 in 2005 with the Chamber [Metropolitan Milwaukee Association of Commerce] and had no idea I would get into this business," Kraft says. "I was promoting it as an economic driver for the Southeast Wisconsin region. I learned a lot about the program as I advocated for it."

Kraft has been highly successful recruiting Chinese investment into the U.S. But First Pathway has also worked with investors in Korea, Russia, South America and Mexico. He says southeastern Wisconsin has done particularly well in recruiting investment, and describes it as one of the more successful of the more than 240 EB-5 Regional Centers. Sponsored by the MMAC, the Milwaukee Immigrant Investment Zone includes Kenosha, Milwaukee, Ozaukee, Racine, Waukesha, Washington and Walworth counties.

The process starts when First Pathway receives proposals and business plans for projects. The company has a group of underwriters who find deals that might qualify under EB-5.

"We vet them like any business," Kraft says. "A project has to meet all the requirements including job creation, and has to be a fit from a financial standpoint. It has to make sense from a whole series of screens we go through."

To obtain an EB-5 visa, foreign investors must make a minimum investment of US$1 million, or $500,000 if it is within a high-unemployment area or rural area. Spouses and unmarried children of the investor who are under 21 are also eligible for green cards.

"This program is great right now given what's going on in the country," Kraft says. "There is not a lot of money being invested anywhere. These are job-creating dollars."

"Whether the investment is in U.S. manufacturing or hotels or resorts or whatever the investment, the primary interest by the investor is access to a U.S. education for their children," Kraft says. "In spite of the challenges we have in this country, it's a great place and is viewed as very attractive. Education is much better here than in other parts of the world. These are wealthy people who would like to diversify their portfolio and that includes having options of living in other countries."

One of the more high profile projects thus far is the development of the Downtown Milwaukee Marriott hotel. The $54-million project, due to be completed in mid-2013, will create 200 permanent jobs and 450 during construction. Financing came from Korean and Chinese investors.

"It's a wonderful project, a beautiful four-star hotel," Kraft says. "We took an old dilapidated, run-down block and it's going to be beautiful."

Racing Toward a Future

Kraft has served as co-chair of the Metropolitan Milwaukee Association of Commerce's China Council, hosting delegations of high-ranking Chinese officials. He also accompanied former Wisconsin Gov. Jim Doyle on trade missions to Shanghai and Beijing. He is also chairman, president and CEO of PSA, North America, LLC, a consultancy focused on China.
Recruiting investors for the EB-5 program requires an exhausting effort, he says.

"It's a difficult process lining up investors," Kraft says. "You have cultural issues and certainly language issues. You have to be respectful of laws in other countries and you have to follow U.S. program laws. Each country is different, and it takes time for individuals to evaluate projects."

Kraft is optimistic about the future of the EB-5 program, which was just renewed by Congress and is awaiting the president's signature.

"It's supported by both aisles of Congress, which is unusual these days. It's a great program and it's a difficult program. You have to be doing this full time to be successful, and you spend a lot of time overseas getting to know people who invest. It's a small piece of the immigration picture, but it's very bright. It brings wealthy people into our country and adds to our culture. It should be a bigger program. It's relatively small now, given its importance."

The most recent project announced by First Pathway Partners was unveiled in July and involves a $20-million EB-5 investment in Erik Buell Racing LLC (EBR) to manufacture sport motorcycles. The company plans to start up slowly, building 100 of its inaugural models, followed by a ramp-up with more production and other models.

The funding will allow EBR to design and produce additional models of street sport motorcycles and to grow its international exports. EBR also will expand its facility, directly create several hundred new, jobs and support hundreds of additional indirect jobs.

Erik Buell, founder and owner of the company that bears his name, is a recognized pioneer in racing motorcycle technology. A former Harley-Davidson engineer, he started a company — Buell Motorcycle Company, which later became a subsidiary of Harley-Davidson — in 1983. In 2009, Harley ended the Buell line to focus on its own brand. Buell launched Erik Buell Racing later that year. The company produces high-end, limited-edition street motorcycles under the EBR brand, provides engineering design services, and also runs a successful race team.

The company plans to begin manufacturing in the old building in East Troy, about 25 miles west of Milwaukee, where it built Buell motorcycles, reaching a zenith of about 14,000 machines annually prior to the economic downturn.

"EBR motorcycles are made in America and in great demand worldwide. This investment will create good manufacturing and engineering jobs in Wisconsin and greatly strengthen a local company's position in the global marketplace," Kraft said at the July 23 announcement. Kraft says he has an agreement with Buell to not comment further on the project.

Buell is also not currently commenting on the project until manufacturing begins, but did have this to say back in July: "Our research shows a very strong global market for this kind of motorcycle, and this funding will allow motorcycles designed and assembled in East Troy to be used all over the world. It's a great boost for our company, for Wisconsin's exports and for American business as a whole. Erik Buell Racing will do all design, testing and assembly work in East Troy and plans to focus a substantial portion of its spending on Wisconsin, Midwest and American vendors, although many highly specialized motorcycle parts will be sourced overseas. The company anticipates exporting more than half of its products within three or four years."

"Whatever the investment, the primary interest by the investor is access to a U.S. education for their children."
— Bob Kraft, founder, First Pathway Partners

Peter Beitzel, executive director of the Milwaukee World Trade Association, a division of the MMAC, oversees the region's EB-5 effort. He says the program has launched $81.5 million in projects thus far with 13 projects currently under way.

"Because of the tightness of money in banks, there is no shortage of investors in China, India and Korea," Beitzel says.

Projects so far include five hotels, a professional services building and a critical-care unit. Nationwide, the program has been a significant driver of hotel construction. Beitzel says he has been surprised by that trend, but the current tight bank financing landscape makes it understandable.

To date, 292 petitions for project funding have been filed and 163 have been approved in the Milwaukee region. The key is finding funding, a process that can take years, Beitzel says.

"Everyone who has done it successfully has had in place someone to recruit overseas investment," Beitzel says. "You have to have a way of getting at investors and you have to have a good immigration attorney who understands EB-5."