Give Me a Boost

Thailand looks to give people and business a lift with reforms and a new Super-Cluster initiative. 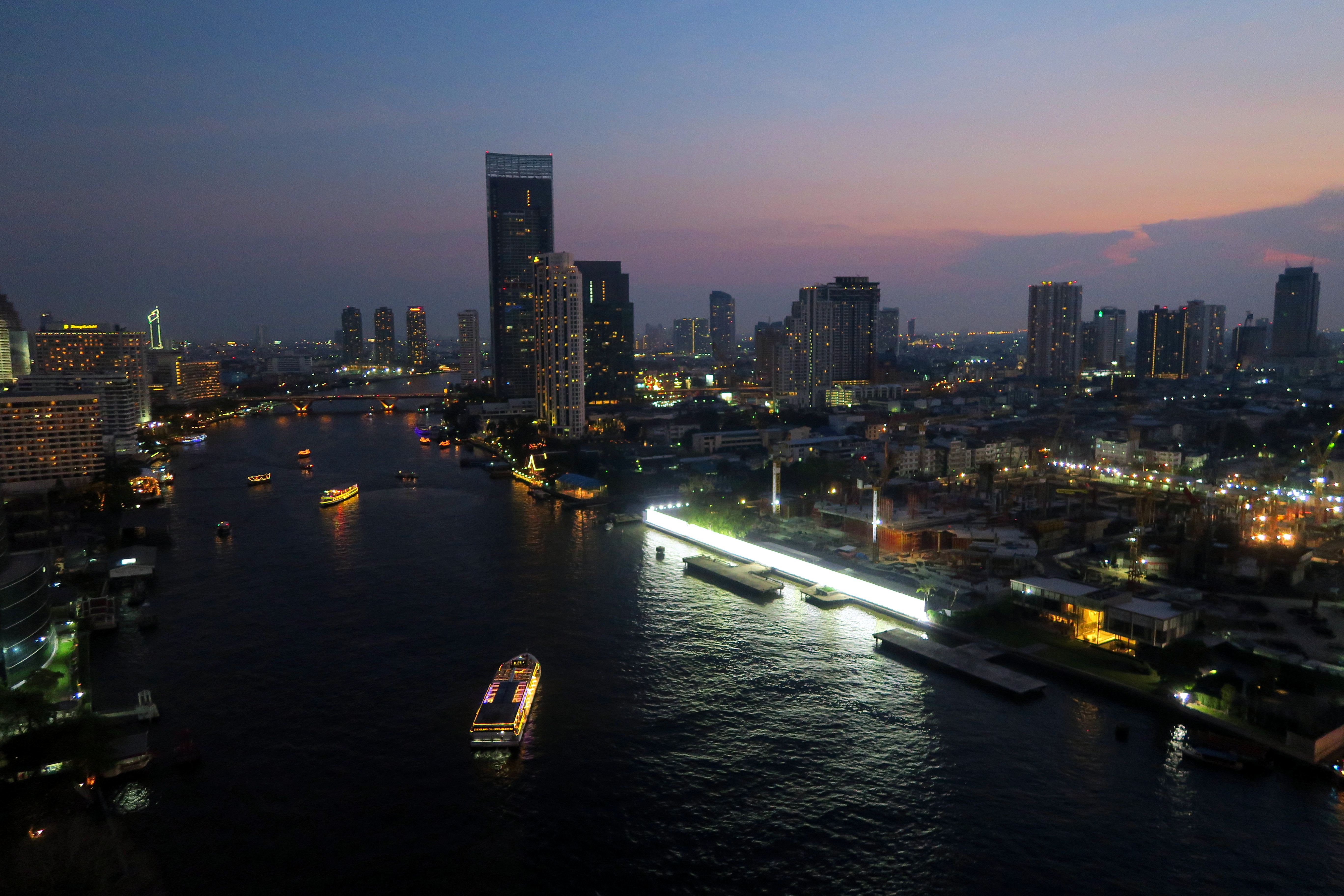 A 2015 report by the World Bank Group ranks Thailand third among ASEAN nations in ease of doing business.
Photo by Soo Jones-Kelley
By Patty Rasmussen

In terms of economic development, Thailand is no slouch. The country has the second largest economy in the 10-country Association of Southeast Asian Nations (ASEAN) and, in October 2015, a World Bank Group report found Thailand to be among the top 50 economies worldwide, ranking third among ASEAN countries in ease of doing business.

But the economy just dubbed by Bloomberg News as the “world’s happiest” due in part to remarkably low unemployment (below 1 percent) has a decidedly unhappy problem.

Several factors contribute to that low figure, including the lack of a state-sponsored unemployment safety net and a bustling informal economy where even the most casual workers are counted as employed. But one of the largest contributors is the flood of migrant workers entering the country from neighboring Myanmar, Laos, Cambodia and Vietnam. The influx has brought about unintended consequences — increased incidences of human trafficking and labor exploitation.

“This is number one on our national agenda,” says Ambassador Pisan Manawapat, Thailand’s ambassador to the US, during a conversation with Site Selection in early March. “We are addressing human trafficking and labor exploitation.” The ambassador calls the ongoing problem of worker exploitation “disgusting,” but believes his country is on the right track to addressing and stopping it from happening. He cites legal reforms instituted in 2015, including the Anti Human Trafficking Act, which allows authorities to shut down workplaces or suspend operating licenses of factories where evidence of Trafficking in Persons (TIP) exists. The legislation, which was enacted in April 2015, also increases the fines and punishment, including lengthy prison sentences, for those engaging in TIP and protects whistleblowers from civil or criminal litigation. 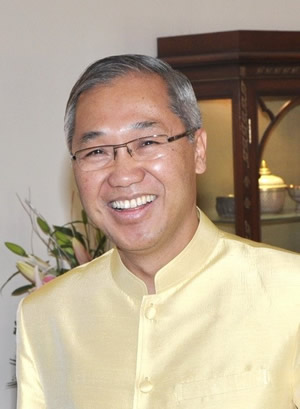 “We can only stand tall and proud if our products are high quality and are ethically produced.”
— Ambassador Pisan Manawapat, Thailand’s ambassador to the United States

An area of particular concern is Thailand’s fishing industry, where trafficking and exploitation is often at its worst. The Royal Ordinance on Fisheries 2015 puts a system in place for authorities to monitor the living and working conditions of seamen at port and at sea. Migrant workers must have valid work permits or their employers face stiff penalties, both on vessels and in seafood processing facilities. Employers can find themselves completely shut down for up to 30 days or could even be out of business permanently.

The government is serious in its attempt to both investigate and prosecute violators of human trafficking and worker exploitation laws. The number of prosecutions rose by 53 percent from 2014 to 2015, including corrupt officials at the highest level of government.

“We admit there are serious problems,” says Manawapat. “But we want to overcome it. We can only stand tall and proud if our products are high quality and are ethically produced.”

Some workforce issues are less about worker exploitation and more about exploiting opportunity.

In 2015, the members of ASEAN formed the ASEAN Economic Community — sort of a European Union-lite — creating a single market allowing the free flow of goods, services, investments, skilled labor and capital across the region. While the newly formed economic community offers significant growth potential, it also means new challenges — like competing with neighboring countries with significantly lower labor costs. The country has achieved upper-middle income status as an economy, but yearns for more. 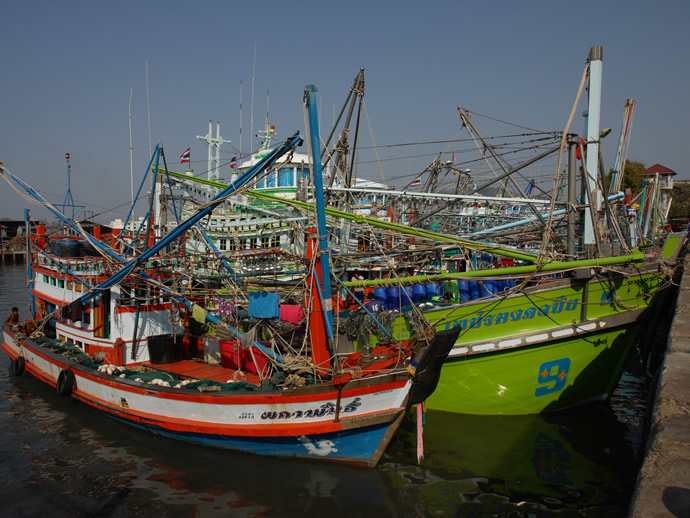 Fishing boats lie docked at the Phuket Fishport. Thailand is the third largest exporter of seafood in the world.
Photo courtesy of Asian Development Bank

Industries that have been identified in the Super-Cluster initiative include:

“Many of the core elements for the Super-Clusters already exist in Thailand,” said Korbsiri Iamsuri, director of Thailand’s Board of Investment for North America. “Our objective is to formally link them to create operating environments that will enable companies doing business in Thailand to be more successful, foster innovation, ensure their workforce needs are met and provide them an operating platform that will help them be successful and sustain their business well into the future.”

Like every other country in the world looking to expand its economy, Thailand also is taking a hard look at increasing the quality and flow of the talent pipeline. Ambassador Manawapat stresses the importance of investing in education as a nation, but says industry is an equal and essential partner in creating sustained economic growth.

“Chevron recently invested $30 million to support science, technology, engineering and mathematics [STEM] education, working with colleges and universities to make sure they have workers,” he says. Called the Thailand Partnership Initiative (TPI), Chevron’s investment creates a five-year program to partner with leading non-governmental organizations (NGOs), academia, government organizations in science and education, and the private sector.

“Over the next five years we will work together with local partners to develop the Thai workforce to meet industry's needs.”
— Pairoj Kaweeyanun, President, Chevron Thailand

Chevron's operations fulfill approximately one-third of Thailand's power demand. "Chevron's Gulf of Thailand operations support the country's economic future and are a significant contributor to the Kingdom's economy, including employing a predominantly Thai workforce of approximately 2,000 people," said the company at the time of the TPI announcement.

TPI ambitiously aims to increase the quality of STEM teaching in Thailand, particularly in the middle school levels (grades 7 through 9) and in the technical and vocational schools — high school and community college level. The initiative also aims to establish 18 training hubs — 12 STEM hubs and six vocational and technical hubs — engaging more than 600 schools in every region of the country. 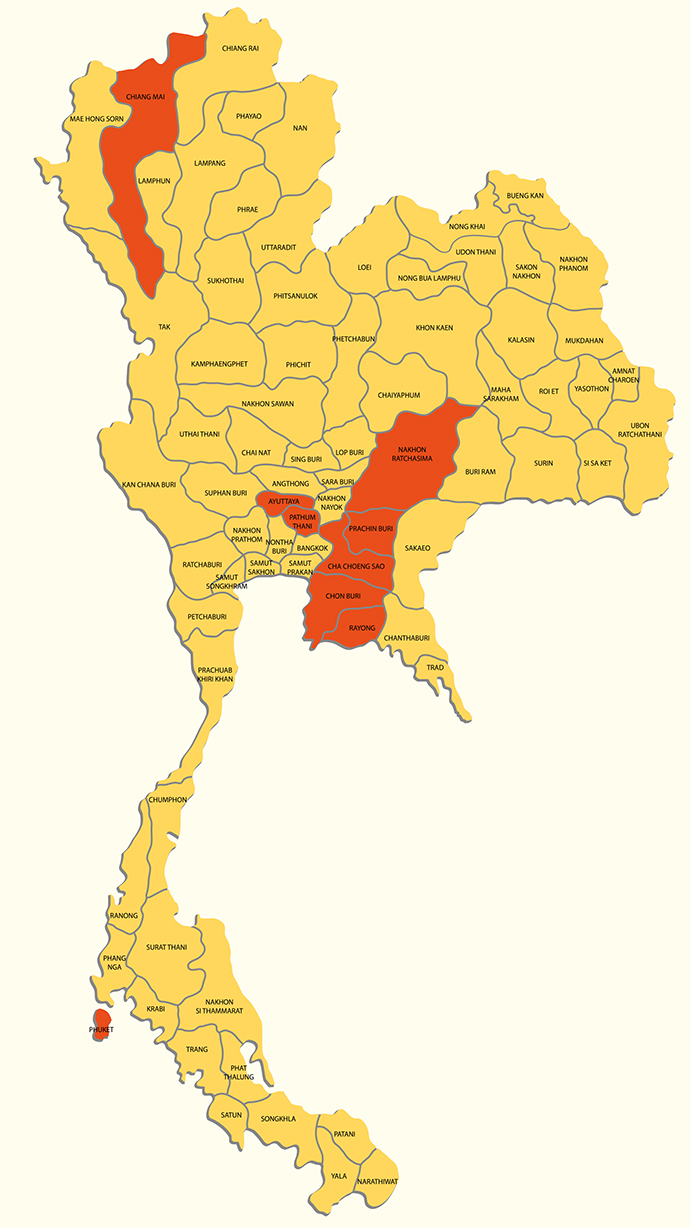 Source Thailand Board of Investment