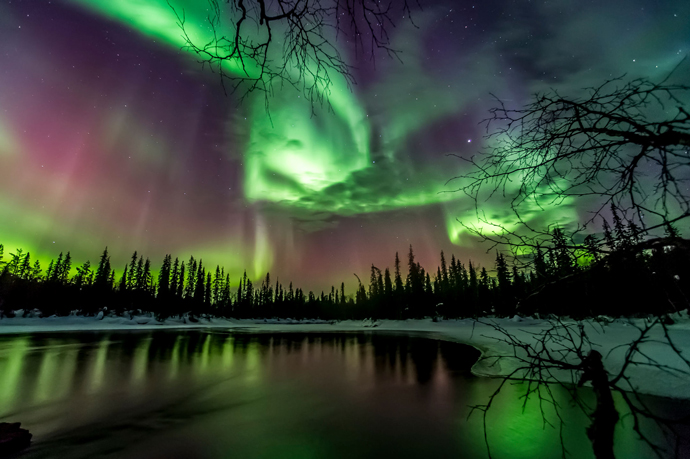 Recently named by Copenhagen Economics the most attractive and magical EU country for FDI, Finland was widely reported to be a close runner-up in the quest to land SCL.
Photo by Markus Kiili, courtesy of Visit Finland (http://www.markuskiili.com)
by ADAM BRUNS,
Site Selection Managing Editor

After surveying its global prospects and fielding offers almost too good to be true, closely held Arctic Circle-based multinational S.C. Unlimited (SCL) has decided to keep the home fires burning at the North Pole.

But the story of this mega-project — which flew under most media radar by the code name "Project Workshop" — is the story of how one little North Pole company town has weathered the storms of the worldwide marketplace and still remained the ultimate global village.

Jolie says the organization first began scouting for a site on Dec. 21, 2021 ... a bit late in the season to start shopping, according to some experts. But SCL was thinking long-term.

"The logistics vectors have changed over the years," she says. "We had to adjust our thinking accordingly, and see if the routes and suppliers we'd always used were still worthy of our Excellence in Logistics Factors [ELF9001] certification." 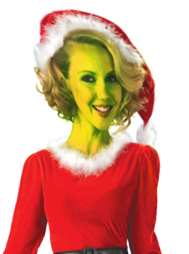 Her point is buttressed by recent moves among Northern Hemisphere ports to open themselves up to more trade and shipment volume. The players range from Russia to Norway to Alaska. As development moves further up the latitudes, it was only a matter of time before SCL had to re-evaluate its options, especially considering the natural resources in and around its home base that might provide both energy source and financial ballast for its manufacturing operations.

The looming prospect of a lease termination added more urgency to the process ... though no one with North Pole Development could confirm the existence of other tenant prospects. Indeed, the population is sparse enough to make social distancing a non-concern during the recent global pandemic. SCL maintains it has operated in a self-contained bubble since before bubbles were invented.

A team was assembled to conduct the site search, including representatives from the toy and sugarplum divisions, as well as sleigh operations. Candidate sites had to meet strict criteria including but not limited to reindeer feeding grounds, sleigh-port runway length, community college resources and dual polar express rail.

It has been reported that some consideration was given to seaport status as well, but Jolie would not confirm whether SCL has given any credence to melting icecap scenarios and their potential impact on the organization's North Pole hub.

As is often the case, labor negotiations were crucial to the process. Some have called for the Pole to seek right-to-work status, but longtime union leader Felix Navidad, head of the Northern Organization of Elven Laborers (NOEL), said the quality and productivity of SCL's labor force has never been called into question.

"Sure we've had to make minor concessions in terms of job classifications," he told Site Selection. "But we've kept up with the times in terms of technology training, and overall morale has never been jollier."

Even so, once the Request For Proposals went up on SCL's Web site, the offers popped up fast and furious, from places as diverse as Anchorage, Alaska; Murmansk, Russia; and Churchill, Manitoba, as well as many of the 135 Amazon HQ2 runners-up who, after all, still have all that freshly updated collateral, data and real estate on hand. Among the suitors:

A sack full of tax breaks, enterprise zones, training funds and outright cash was dangled in front of the North Pole site seekers. 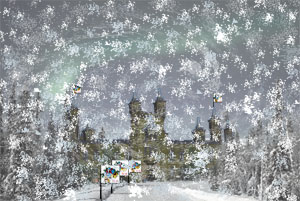 "We've seen a lot of unique incentive offerings over the years," said Jack Frost, lead site selection consultant for SCL, "but some of these packages were so nice they were naughty."

Open records requests by media and watchdog organizations crying "corporate welfare" in several territories have largely been quashed by judges sympathetic to the need for secrecy where gifts are concerned.

Indeed, packages and their destinations were one of the lead criteria in the site search, said a source close to the process. After checking the list twice, SCL decision-makers narrowed their options from 100 to half a dozen, making extended visits to each finalist for a final, detailed evaluation.

"We kicked the tires in each community," says Jolie, "assessing everything from the rising cost of elf housing to the potential for developing a supplier campus." Such consolidation has been the global trend in the gift production industry, which has seen production steadily climb since bottoming out during the wave of re-gifting that struck in the late 1990s.

Final negotiations with NOEL were tense, as were the real estate dealings over SCL's long-term lease at the North Pole.

"We managed to re-work certain subordinate Clauses to give ownership more flexibility in what we choose to do on the land," says Jolie. Innovative practices employed include establishment of a Tax-free Opportunity Yuletide Zone (TOYZ) and the promise of expedited permitting and red-tape reduction in case of future expansion. (Red ribbon, however, is still permitted.)

North Pole economists have projected that the retention of SCL headquarters will have an economic impact worth between US$4 zillion and $582 zillion. Some critics dispute those numbers, citing typically overblown projections from regional touters misrepresented as independent experts, other gift-giving factors such as birthdays, and the rise in incidental generosity.

Big numbers or small, a ribbon-cutting is scheduled for December 25, 2023, when SCL hopes to have completed a vast new headquarters/manufacturing/distribution complex, including such amenities as in-house childcare, a yoga studio and fitness center, a double-decker data center, semiconductor fabrication capability and a Just-In-Time gift card distribution facility. Action is already lively and quick, as SCL is expected to soon announce a design-build contractor to lead the project.

Some have speculated that, like other corporate relocation projects, this one just came down to where the CEO wanted to live. Holly Jolie says CEO Kris Kringle and his spouse were "influential participants" in the site selection process, but that executive amenities were weighted to contribute only 15% to each candidate site's overall score. 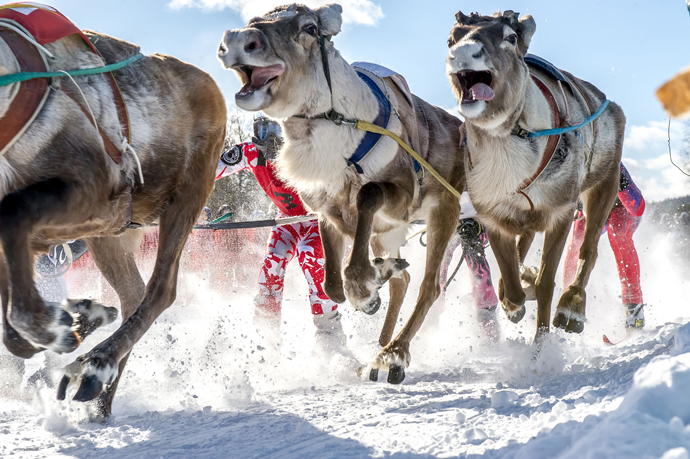 When news spread of SCL’s site search, locations the world over were on it like reindeer on Christmas.
Photo by Markus Kiili, courtesy of Visit Finland (http://www.markuskiili.com)

Reached on his new iPhone 14 Pro early this week, Kringle demurred on the dollar figures and his role in the project's final selection, but did offer some insight into the organization's strategy:

"Even as we have grown into a conglomerate, we have always kept our roots as a workshop firmly in mind," he said, noting that the idea pursued by rival Amazon to split HQ functions was never entertained. "We are dedicated to ho-ho-holistic growth," he said, with no need for spinning off air cargo or data centers as stand-alone businesses when the current sleigh and nice/naughty CRM system suffice. "We have no more markets to conquer," he said. "We just want to be optimally focused on serving as the catalyst for gift-giving, whatever the season."

Was he suggesting that personal generosity and general goodwill might move beyond the seasonal and become a year-round market?

Kringle let loose with a belly laugh: "Hey, you said it, not me."