Tired of playing the field? Data may help your city or company find the best match. 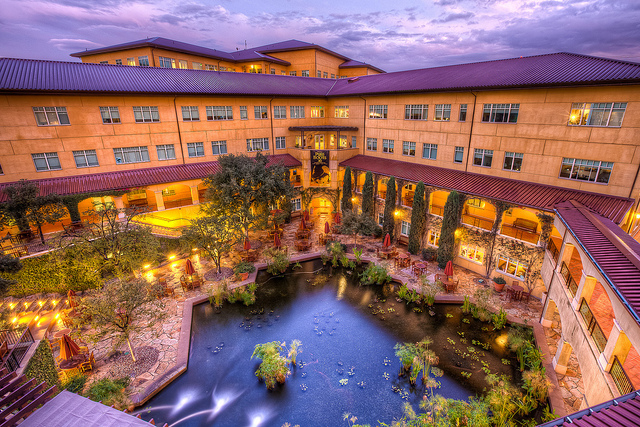 Creative, independent types in Los Angeles sure do deviate from the norm.

If you've ever lived in L.A., you probably knew that already.

What we're talking about, of course, is not deviance, but statistical deviation, specifically the fact that the concentration of certain creative-sector jobs in Metro Los Angeles is almost five standard deviations beyond the national average.

Sounds pretty obvious. But the data behind it may aid in discovering less obvious truths about cities, companies and the ties that bind them together.

The finding is part of fresh research from Prof. Shade Shutters' team at Arizona State University that measures mutual suitability between industry sectors (primarily at the four-digit NAICS code level) and 380 US MSAs, using an information-theory-based algorithm.

Lest the word "algorithm" conjure images of multi-level equations with Greek letters in them, Shutters insists he is his team's real-world interface — "No need to worry about lots of math symbols from me," he says from Phoenix.

Shutters worked in international finance for years before doing PhD work in theoretical biology and evolutionary economics. A research scientist at ASU's interdisciplinary Global Security Initiative, he also holds appointments at the Global Institute of Sustainability, the Center for Policy Informatics, the Center for Social Dynamics and Complexity, and the new Center on the Future of War.

"I embrace a complex systems perspective to address wicked problems," he explains in his academic bio, "problems that typically stem from the conflict between individual desires and social goals, exhibit nonlinear or unpredictable responses to policy intervention, and are exacerbated by the increasing human connectivity that comes with globalization and technology. Furthermore, I work closely with decision-makers outside of academia to better understand the most pressing social issues of our times and to offer tools and insights that may lead to improved outcomes."

Economic development and the attraction of higher-wage jobs count among those pressing issues, and the suitability score seems to qualify as a high-quality tool.

Asked to share a list of cities with the highest suitability indices, he offers the matches below:

It's no surprise that casino hotels are a big match for Las Vegas and Reno, but it might be a surprise that gambling suits San Diego so well. Similarly, while it's to be expected that demand for death care services is high in a state with a population as senior as Florida's, finding Los Angeles as suitable for apparel manufacturing as it is for wearing that apparel comes as a bit of a shock.

"I’m afraid the numbers at the top and bottom can be interesting but are also a bit obvious," he says. "It is the middle ground where I hope to contribute to development decisions — when the industry choices aren’t so obvious."

In a separate but related research project, the team used much of the same methodology to quantify how tightly integrated the economies of each MSA are and then compared that economic tightness to how each MSA did, economically, during the Great Recession.

"That paper has gotten a lot of attention because it showed that big, highly integrated economies had the biggest drops in performance during the recession," says Shutters. "Our next phase in this project is to apply the same concept to industries — which industries require highly integrated human capital, and did those industries suffer the most during the recession? That will hopefully yield some interesting and useful results."

While some results naturally skew from the idiosyncrasies of US Bureau of Labor Statistics industry classifications and subdivisions, more interesting to Shutters and his team is the interrelatedness and interdependency among those categories. In just the chart above, for instance, the overlap in L.A. could be accurately labeled "showbiz," just as the strengths in Houston could be called "oil & gas."

What Shutters and his team are doing goes beyond broad labels, however, and drill down to the granular with heavy-duty computation. Their industry profiles have as many as 800 job descriptions on the x-axis, with the y-axis showing the fraction of total labor force in the given industry. "Cities have a similar profile," he explains, "and our suitability is a measure of how well the two profiles match." 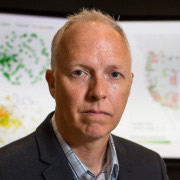 "There's much more to the decision to locate in the city than just counting up the workers."
— Prof. Shade Shutters

The work came about through what Shutters calls "a fortuitous collaboration" with renowned urban economist Jose Lobo, senior sustainability scientist at ASU's Julie Ann Wrigley Global Institute of Sustainability, and a faculty associate in the Department of Economics, at the university's W. P. Carey School of Business. Lobo's work over the past 20 years on urban issues, it turns out, is a strong suitability match for Shutters' background in systems thinking and network science.

"He pulled me into his world," Shutters says of Lobo, a physicist by training, "and I brought all my interests with me." Their team was solidified with the addition of the math and engineering skills of Rachata Muneepeerakul, an associate professor at the University of Florida's Agricultural and Biological Engineering Department.

Shutters differentiates between cluster analysis, such as the US Cluster Mapping initiative at Harvard, and what he calls a network perspective.

"The types of networks I make are not a spatial map, but can still tell you something about how close different things are to each other" in terms of relationships, he explains, not unlike the "degrees of separation" exercise. "You can judge who's in your universe. You can draw the lines to have some sort of meaning. It's hard to visualize if you're used to geographical maps, but networks convey some new types of information. We're trying to bring that to viewing the economic structure of the city. There's much more to the decision to locate in the city than just counting up the workers."

Shutters credits Barry Broome, the current president and CEO of Greater Sacramento who used to lead the Greater Phoenix Economic Council (GPEC), with moving his team's work in its current direction. 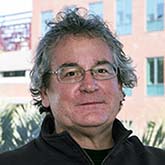 The work of urban economist Jose Lobo focuses on, among other topics, how the characteristics of individuals, organizations, institutions and social networks interact to create regions of innovation.

"Barry Broome is the one who first told me that 'looking at the best jobs for my economy is kind of cool, but not very helpful. We just don't have the policy and tools to lure individual jobs. Our tools are for luring industry.' I credit him for moving us in the direction of cross-talk analysis to convert to industry data."

Shutters says GPEC is interested in his data but unsure what to do with it at this point, as it embarks on its own "Velocity" program, just announced in May, based on partnering with Bruce Katz's Metropolitan Policy Program at the Brookings Institution to develop a way to attract better-paying jobs in the "advanced industries" that Brookings says hold the most promise for area economies.

"While Greater Phoenix trails the nation in its share of employment and output in these industries, it has strengths in growing sectors like semiconductor manufacturing, computer systems design, management consulting, and aerospace," wrote Brookings' Carolyn Gatz in April. "And people in Greater Phoenix working in advanced industries earn, on average, over $90,000, compared to about $50,000 in all industries."

"The last time I met with GPEC they wanted to see how what we're doing compares," says Shutters. "There's one sticking point — biotech. Phoenix would love to be the next biotech mecca, and our analysis showed it's not as easy as some of the other advanced industries. That doesn't mean it's not possible, but they have to have a good plan. They need to partner with education institutions to develop the people with the skills required for biotech, and they need to have a plan for how to keep people in the market once they have those skills."

Shutters then makes a statement most are used to hearing about land-grant schools in communities much smaller and less cosmopolitan than Phoenix: "ASU has an issue with a large number of graduates leaving once they get their degree." He cites a recent report in the Phoenix Business Journal that chronicled two real-life site selections involving 3,000 jobs led by corporate decision-makers who, on condition of anonymity, said they picked other places because of what they saw as a lack of support for K-12 education, and a lack of sufficient workforce.

"They were afraid they couldn't attract workers," says Shutters.

His team's next steps include concentrating on those advanced industries, and finding out what the cities that are best matched for them are doing that is different. City size is often a major factor, he says. He's also just starting to work with another collaborator whose access to the Dun & Bradstreet database will allow even more granular analysis down to the business establishment level.

The two industry profiles below feature about 800 occupations on the x-axis, with the y-axis showing the fraction of total labor force in the given industry. "Cities have a similar profile, and our suitability is a measure of how well the two profiles match," says Prof. Shade Shutters. 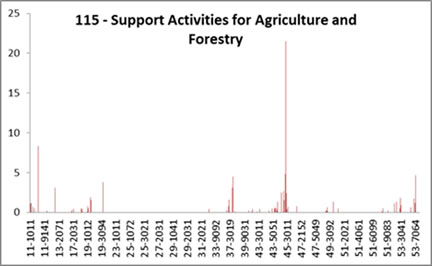 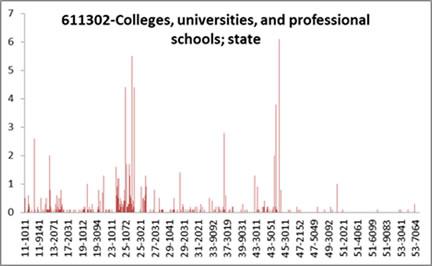 As for the suitability index work, "We have also extended the analysis to 147 urbanized areas of Canada and 72 metro areas of Sweden," he says, citing current work for the government of Ontario with Richard Florida's group at the University of Toronto's Martin Prosperity Institute. "We are hoping to add the UK and Germany at some time in the near future."

The goal is the same everywhere: Find the best occupational signature match possible between an industry and a city. But, warns Shutters, it's still going to take good old-fashioned work to keep the quality workforce and companies every city covets.

"Just like an online dating service," he says, "it doesn't mean if you get married, you're guaranteed not to get divorced."

Watch for more exploration of Suitability Index data in the Ontario Spotlight and Southwest US Regional Review appearing in the November 2015 print issue of Site Selection magazine. 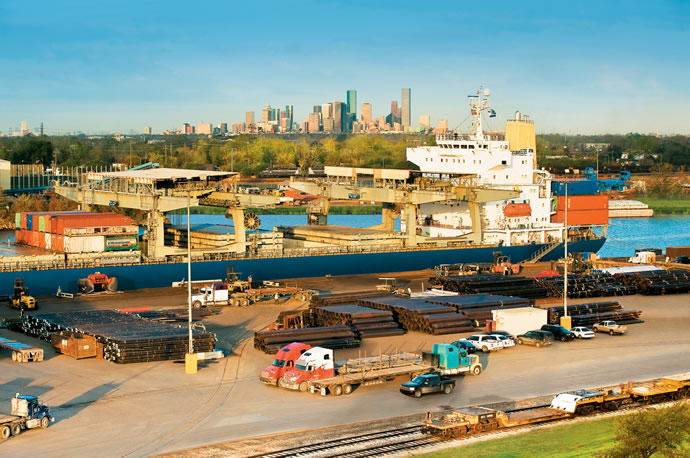 Houston's suitability for pipeline transportation and serving the needs of the oil & gas sector continues to drive its economy to greater heights.
Photo courtesy of Port of Houston Authority