Which of these small towns has what it takes to rise above the rest? 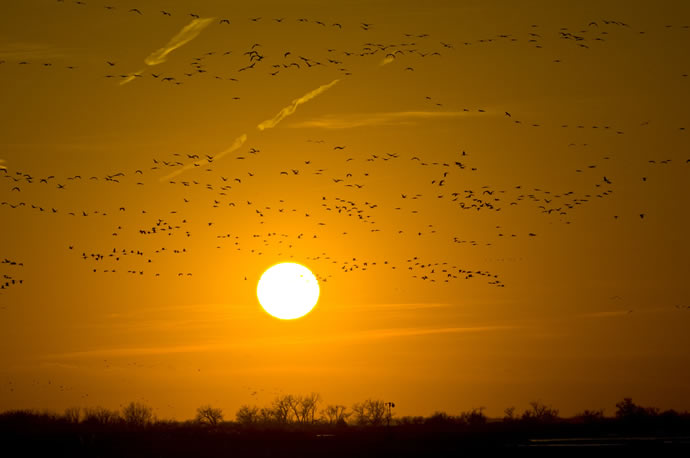 Kearney, Neb., is home to thousands of sandhill cranes in February and March during their annual migration. The community hosts visitors from every country in the world.
Photo courtesy of Nebraska Tourism
by Adam Bruns 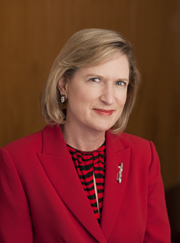 The America's Best Communities competition is the brainchild of Maggie Wilderotter, executive chairman of Frontier Communications.
Photo courtesy of Frontier

It's hard to keep your eyes on the prize if there's no prize to be had. So some community and corporate leaders are taking matters into their own hands.

Inspired by the $25,000 Orteig Prize offered in 1919 to the first aviator to fly non-stop from New York to Paris (Charles Lindbergh) and the $10-million X Prize offered in 1996 by Peter Diamandis (won by Mojave Aeropace Ventures' SpaceShipOne), $6 million in cash is up for grabs by three communities with the best plans for economic growth and vitality chosen by the America's Best Communities (ABC) competition, launched in September 2014.

“This contest is designed to challenge a community’s brightest and most innovative thinkers to develop meaningful strategies and plans that will transform their town or city,” said Maggie Wilderotter, as of this month the new executive chairman of Frontier Communications, a former Microsoft executive, and a frequent member of FORTUNE's "50 Most Powerful Women in Business" list. 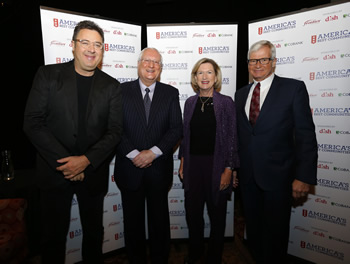 Grammy Award winner Vince Gill (left) took the stage with (l. to r.) CEOs Joe Clayton (DISH); Maggie Wilderotter (Frontier) and Robert Engel (CoBank) at the Country Music Hall of Fame in Nashville, Tenn., in January to announce he was joining the America's Best Communities (ABC) partnership. "There's a lot of small town community in me," said the native of Norman, Okla. "I want to be part of a team focused on supporting the backbone of America."
Photo courtesy of America's Best Communities

This week, country music star Vince Gill, the competition’s spokesperson, joined sponsors Frontier Communications, DISH, CoBank and The Weather Channel to announce the 50 quarter-finalist communities, chosen from among 135 applicants. Each will be matched with corporate partners (Xerox, Procter & Gamble, KPMG, IBM and MasterCard, to name a few) and given $50,000 each (including $15,000 from that corporate "adopter") to further formulate their economic development plans.

Up to 15 semifinalists will be selected by the competition's seven independent and anonymous judges in January 2016, and an America’s Best Communities Summit will take place in April 2016 during which up to eight finalists will be named, winning $100,000 each. The top three competition winners will be announced in April 2017 following a year of implementing the visions and plans. The community with "the most innovative and effective plan" will be awarded a $3-million grand prize. Second place will win $2 million, and third will win $1 million.

Steve Crosby, Frontier Communications' senior VP for regulatory, legislative and public relations, has been an integral part of putting together the competition, along with Kathleen Abernathy, the company's executive VP for external affairs, and Context Partners, a global firm that describes itself as being "on the leading edge of the community-centered design movement."  Crosby shares a Seattle connection to Wilderotter, as he used to work with Microsoft co-founder Paul Allen's land development team, and was a big part of the effort to redevelop South Lake Union. So he knows a bit about rejuvenating towns.

"Around July 2013, Maggie Wilderotter had this idea, and said she'd like me and Kathleen Abernathy to put this together," says Crosby. A listening tour with a number of communities was conducted in early 2014, followed by the launch last September. "It's been fun to watch the communities come together," he says. "Some are smaller, some are larger, but they've all been innovative."

Crosby says there's no "gotcha" attached to the primary sponsors of the competition — no technology or broadband component, for instance. Some community leaders were hard to convince, then surprised. But it's simply a spinoff of Frontier's sense of mission, as it leads the charge to bring broadband to the small towns and countryside of its 27-state territory.

By coincidence, the day the 50 ABC quarter-finalists were announced was also the day the FCC implemented Phase II of the Connect America Fund (CAF). The FCC established the CAF in 2011 to facilitate broadband deployment to the millions of Americans living in rural areas without access to broadband infrastructure. Over the last three years, Frontier has utilized CAF Phase I interim support to deploy broadband across its rural footprint, accepting $71.9 million in 2012 to deploy broadband to 93,000 unserved locations and $61.3 million in 2013 to deploy or upgrade broadband service to more than 103,000 locations. 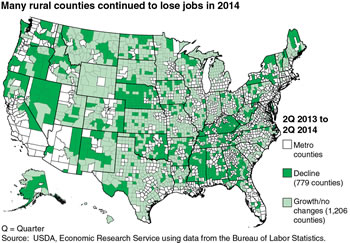 "We've really worked over the last 10 years to expand high-speed broadband to many communities across the US," says Crosby. "It's the right thing to do, and it's right for economic development and the future of the country, so that someone in Carbondale, Illinois, for instance, can have a small business in their house and do business with anywhere on the globe."

Crosby reiterates past statements by Wilderotter to the effect that rural towns deserve at least as much attention as the foreign territories across that globe that receive billions of dollars in aid from the United States every year.

"We wanted to find a way to help and incent these smaller communities," says Crosby. "And we just ask that they share their plans with other communities.:

The sponsors don't want to offer any overt guidance either. The program has been designed, Crosby says, "without any notion of what the right project is for communities. It's not one size fits all. We want to make sure each community has their own idea."

The Shape I'm In

So the big plans are flowing. But how many of these small towns can afford to wait until April 2017 for the big money?

Some might have better stamina than others, given their respective populations of people, institutions, infrastructure and companies.

Events such as Market Alley Music Days in Monmouth, Ill., aim to recapture some of the spirit that animated the town's public square in the 1890s.
Photo courtesy of America's Best Communities

The 50 quarter-finalists include communities in 19 of the 27 states in Frontier Communications territory that were originally eligible to apply for the prizes. Eleven of them are in Indiana, which placed 13th in Site Selection's per-capita Governors Cup rankings for 2014.

Some are decidedly less rural than others. Not many people may have heard of Tualatin, Ore., where the 1962 discovery of a fossilized mastodon serves as both a "fun fact" and an apt metaphor for Small Town America. But towns such as Lafayette, Ind. (Subaru, Purdue University); Scranton, Pa. ("The Office"); Huntington, W. Va. (Marshall University, chemical industry) and Statesboro, Ga. (Allman Brothers, Georgia Southern University) are certainly known quantities, whether in economic development or in the public eye.

Of the 50 ABC quarter-finalists, 42 have tallied at least one corporate facility investment since January 2010.

Site Selection's New Plant Database tracks corporate facility location and expansion investments around the world (including in small towns) when they invest at least $1 million, create at least 20 new jobs or involve at least 20,000 new sq. ft. of space. A look at New Plant records shows that, of the 50 ABC quarter-finalists (including their 21 partner communities), 42 have tallied at least one corporate facility investment since January 2010.

Some of these cities (metro areas were not analyzed) are outright leaders in their states or regions. And two states lead the pack. Of the 168 projects tallied, 54 of them (32 percent) occur in the 11 Indiana cities, led by Lafayette with 10, Valparaiso with nine and Richmond with eight. Lafayette has attracted four of the top 11 projects when sorted by highest capital investment, including projects from Subaru, GE Avation and Nanshang America Advanced Aluminum Technologies. All 11 Indiana cities have tallied at least one New Plant project.

Steve Crosby is quick to point out that all communities have sore spots that need fixing, even thriving metros like San Francisco. "Take any one of these communities — some are more sophisticated in economic development than others. But the beauty is that the America's Best Communities competition will be that impetus that brings everyone together."

That insight notwithstanding, the ABC judges might want to look more closely at the needs of the missing eight, i.e. those that haven't had any New Plant investments in over five years. They are: Newberg, Ore.; Valley County, Idaho; Macon County, N.C.; Lake Havasu City, Ariz.; Jackson County, W. Va.; Susanville, Calif.; Kennewick, Wash.; and Livingston County, N.Y.

What do they have in common other than the dearth of corporate investment? Independence, decidedly. A tendency toward healthy lifestyles and tourist-friendly vistas. A fair number of respected universities. And tolerance for kooky ... um, visionary ... plans. Among the "fun facts":

“As the largest telecommunications company focused on rural America, we recognized the need for and the economic impact of new, strategic investments on the revitalization of small towns and communities across rural America,” Wilderotter said this week.

Let the survival — and revival — begin. 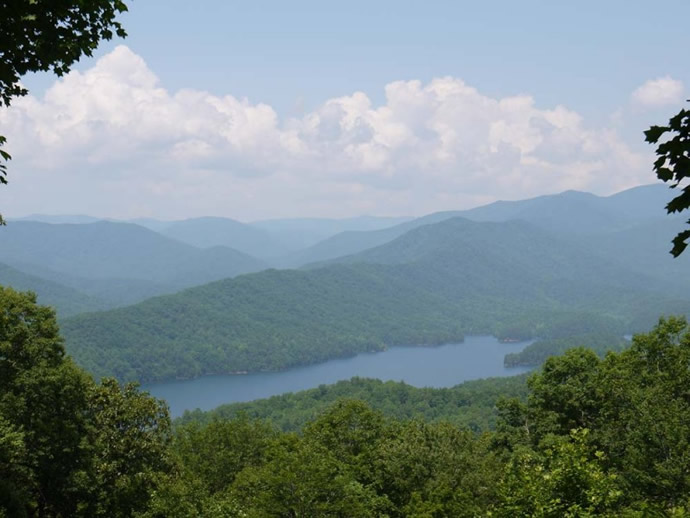