Past Results Are Indicative of Future Perceptions

Insights from more than a decade of surveying corporate decision-makers 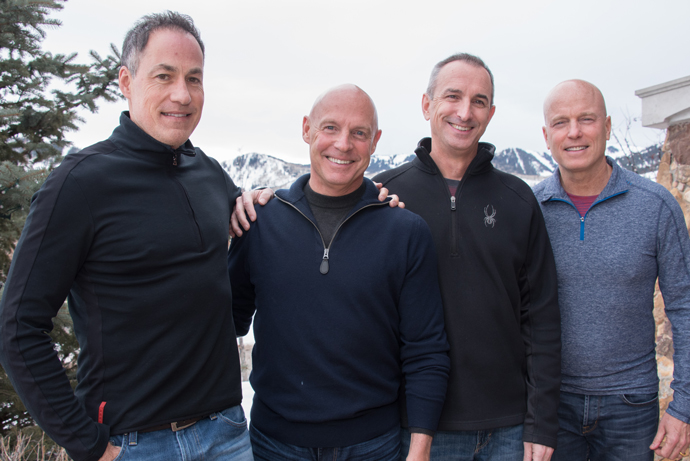 Preparations are underway for the next edition of The Watkins Report:Business Development Opportunities Report for CRES Providers. Shared exclusively with Site Selection are these highlights of the historical landscape as Watkins Research Group prepares for the seventh edition to be published in Q3 2017.

For over 10 years, Watkins Research Group has been conducting primary research for leading corporate real estate service (CRES) firms about the needs and opinions of decision-makers who engage CRE services. Here are some conclusions from the sixth and most recent report in the series.

The report shows not only who the top-ranked firms are, but how they become known for doing the best job delivering what is most valued. Over the past decade, we have observed and documented how CRES firms are becoming increasingly sophisticated, informing themselves, assessing needs and developing internal disciplines to consistently deliver to higher and higher client expectations. In the early years of this research, responses to questions were often qualified with “My opinion depends on which office/individual I work with.” It is rare to hear the “It depends…” qualification now. 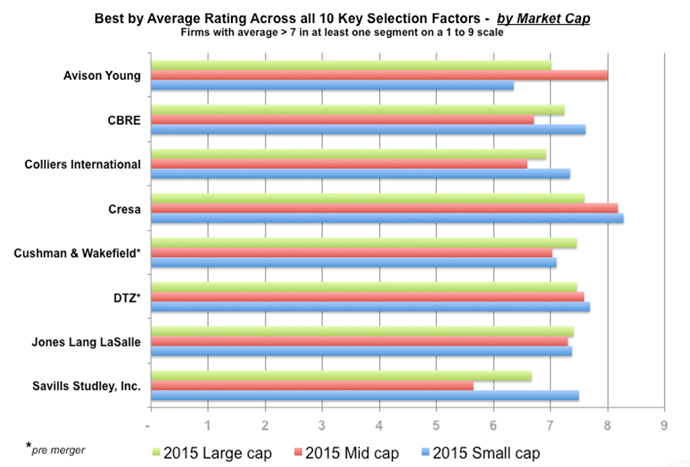 This chart shows, in alphabetical order, the scores of top firms as perceived by end users, according to the size of the end-user company. Each firm is rated on each factor using a 1 to 9 scale.

Increasing satisfaction shows CRES firms are becoming very skilled in consistently meeting those high expectations: In 2005, 35 percent of CRE execs said they were “very satisfied” with their providers. Ten years later, it is 65.3 percent.

However, not all CRE users have found those “very satisfying” matchups yet. One in three is less than "very satisfied." Research in other B2B studies we do has shown that the merely “satisfied” are 20 times more likely to change providers than are the “very satisfied." In fact, 28.3 percent are considering making changes to their lineup of CRES providers.

In the earliest editions of our report, complementary matchups between competing firms appeared. This was one instigator for the rash of significant strategic mergers. CRES firms with perceived soft spots in their mix of attributes improve their competitive position — in some cases almost instantly — by combining with competitors with complementary strengths. 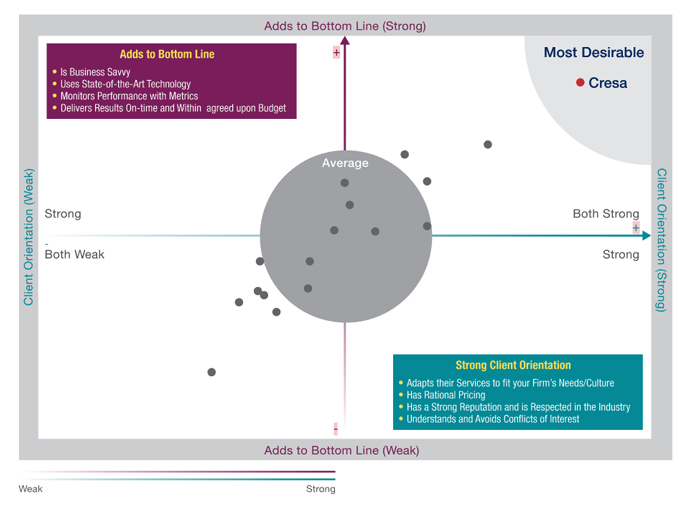 Twenty-five CRES firms appeared in our 2005 report. Now they number 17. The latest example: What had historically been Equis, UGL, Cassidy Turley, DTZ and Cushman & Wakefield have combined in a series of moves to become today’s Cushman & Wakefield.

Key decision-makers say they use these 10 factors to distinguish which firm to select over others.

The 10 factors are also used to construct a perceptual map. Five of the 10 key factors define the horizontal axis of the map and the remaining define the vertical axis. Top performers appear in the upper right map quadrant. Other aspects of rating the CRES firms include Ease of Doing Business and Client Advocate Score (the likelihood of a firm being recommended).

Since 2005, Watkins Research Group has conducted primary research among corporate real estate execs for CRES firms. For questions or to inquire about the forthcoming 7th edition Business Development Opportunities Report for CRES Providers, contact Curt Watkins at 913-814-3762 or Curt@WatkinsResearchGroup.com.