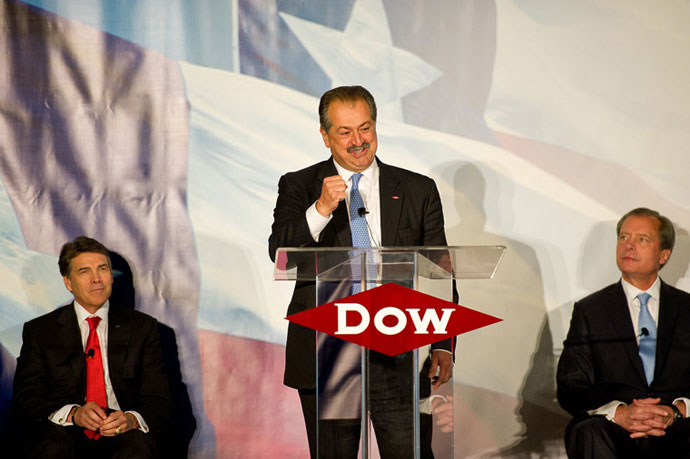 Dow CEO and Chairman Andrew Liveris joins Texas Governor Rick Perry in announcing Dow’s 150-job, $1.7-billion investment in ethylene production at its Freeport complex in Brazoria County. The state is investing $1 million through the Texas Enterprise Fund (TEF) to close the deal on the project.
Photo courtesy of the Office of the Governor of Texas 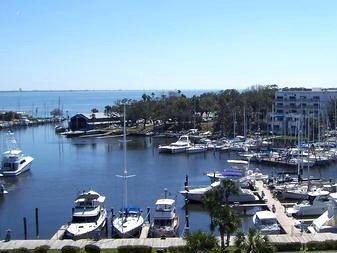 It was smooth sailing for the April relocation of a $5-million, 190-job headquarters and operational hub by healthcare IT firm BlueWare, Inc., from Michigan to Melbourne, Fla. (pictured), thanks in part to that state’s Quick Action Closing Fund.
Photo courtesy of the Economic Development Commission of Florida’s Space Coast

States trying to get a big corporate facility project across the goal line sometimes have to call special legislative sessions to approve incentive packages or other special statutory measures designed to cinch the deal. But in the interest of speed, recent years have seen an increase in discretionary incentive funds established for just this purpose. Ben Weisfuse, an associate in the New York City office of Biggins Lacy Shapiro and Co., offers his analysis.

The nation's prolonged economic recession and slow recovery have altered the competitive landscape for state governments and businesses. Tight credit markets and anemic economic growth have reduced the number of businesses embarking on expansion projects. At the same time that many businesses have struggled with economic uncertainty that has curtailed hiring and investment, the vast majority of states have experienced mounting budget deficits and dwindling revenues that have resulted in steep reductions in government spending.

With fewer job creation projects and stubbornly high unemployment rates, an increasing number of states have overhauled their economic development incentive programs to improve their competitiveness. While deal closing funds have long been popular economic development tools in larger states with well funded business development programs, such as Florida and Texas, an increasing number of states (see map below) have recently adopted or explored the feasibility of offering this incentive program.

Anatomy of a Deal Closing Fund

Deal closing funds are targeted toward businesses that can demonstrate additional funding is needed to close a competitive cost gap relative to other states or localities that are also vying for the same economic development project. In most cases, these funds range from several hundred thousand dollars to $10 million, with the intended goal of awarding enough money to "close a deal."

Unlike other discretionary and as-of-right incentive packages that are approved by centralized state economic development agencies, governors are typically given broad discretionary power in determining the awardees of deal closing funds. Some states also involve the leaders of one or two legislative bodies or a board consisting of gubernatorial appointees.

While deal closing fund programs offered throughout the country share many similarities, the level of funding, approval process, government oversight, eligibility requirements, payout schedule and presence of recapture or clawback provisions will vary by state. The One North Carolina Fund and Florida Quick Action Closing Fund — two of the nation's largest and most established deal closing fund programs — require local governments to provide matching funds for potential projects. In some instances local governments and regional economic development agencies will partner with deal closing fund recipients to make infrastructure and other site-specific improvements that will facilitate corporate relocation and expansion.

The Texas Enterprise Fund – The King of Deal Closing Funds

On the surface, deal closing funds don't appear to represent anything new or cutting edge in economic development policy. For decades state and local economic development agencies have provided grants to businesses in hopes of spurring job growth and capital investment. Despite a relatively favorable business climate from a tax and business cost perspective, Texas lacked the aggressive incentive packages found in other states a decade ago. In an attempt to improve the prospects of attracting major corporate expansion and relocation projects, the Texas legislature created the $295-million Texas Enterprise Fund in 2003.

Since its inception, the Texas Enterprise Fund has distributed more than $440 million in grants that have attracted a diverse array of new businesses to the state, including Fortune 500 companies, corporate headquarters facilities, manufacturing plants and technology firms. While other states with more modest deal closing funds have largely focused their efforts on private-sector firms, the Texas Enterprise Fund has also provided grants to not-for-profit institutions involved in scientific research, higher education and healthcare, with the expectation that these targeted investments will bolster technology transfer, commercialization and entrepreneurship activities. Although many states have incorporated deal closing funds into their economic development incentive programs, the Texas Enterprise Fund continues to be the nation's largest.

The perceived success of the Texas Enterprise Fund has led to other states establishing similar programs. Neighboring states without deal closing funds have felt the added ure to remain competitive in an environment that offers fewer economic development prospects and an ever increasing emphasis on retaining and creating jobs. It wasn't long after Florida established the Quick Action Closing Fund in 2005 that other Southeastern states including nearby Georgia, South Carolina and Mississippi established similar programs.

Despite the increased popularity of deal closing funds, there is no consensus among economic development and fiscal policy experts that the long-term costs of funding and administering these programs will necessarily translate into more job creation and tax revenue.

Like most economic development incentive programs, the track record of businesses meeting job creation and investment targets has been mixed. In 2011, Texas Gov. Rick Perry claimed the Texas Enterprise Fund was responsible for creating 54,600 jobs and leveraging $14 billion of investment between 2003 and 2010. An analysis of state-mandated compliance reports by Texans For Public Justice, a government watchdog group, found only 22,300 jobs were created with just 26 percent of companies meeting their 2010 job commitments. Some economic development and fiscal policy experts criticize the very structure of deal closing funds as giving too much autonomy to governors and top legislative officials to pick and choose which companies receive funds.

As with any economic development incentive program, a business will need to determine whether the anticipated benefits outweigh future costs that may need to be incurred for compliance and meeting job commitment and capital investment thresholds. Failure to maintain employment and investment targets stipulated in a project agreement may result in the recapture or clawback of incentive payments already disbursed.

Making near- and long-term job creation and capital investment commitments that are binding and often based on current and future growth prospects may be especially challenging for certain businesses operating in a challenging regulatory environment or a competitive industry where the prices of goods or services cannot be increased. Prior to pursuing incentives, corporate executives either internally or through an outside consultant should perform adequate due diligence to determine what incentive programs are best suited for their organization.

Ben Weisfuse is a research analyst in the New York City office of Biggins Lacy Shapiro and Co., an incentives advisory, site selection, and land use planning firm based in Princeton, N.J. 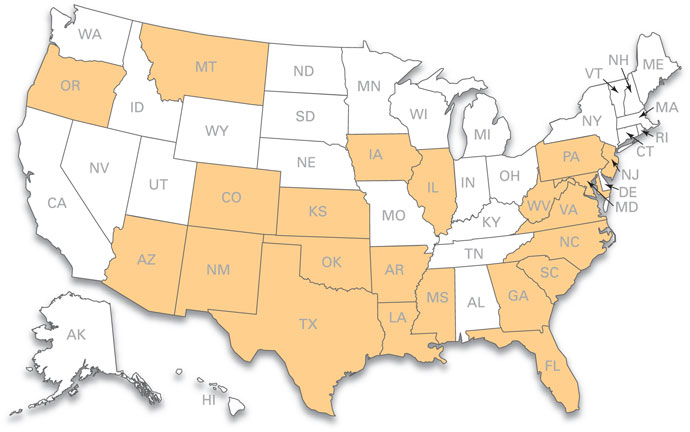 Arizona is one of several states to recently adopt some sort of deal closing fund for economic development. UnitedHealth Group’s new 400-job project in Tucson, Ariz., from its OptumRx pharmacy benefits company, announced in March, was helped by the new fund. The project will be located at the University of Arizona Science and Technology Park.