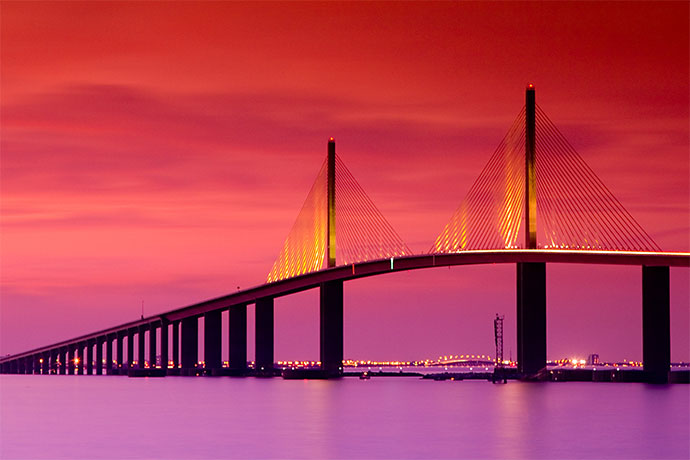 The Depository Trust & Clearing Corp. is adding 255 jobs to its campus in Tampa, Fla., where company leaders have found bridges to talent.
Photo courtesy of Tampa Bay Visitors Bureau
by RON STARNER

Nine years after selecting Tampa over Atlanta to open its first-ever Southern Business Center, the Depository Trust & Clearing Corp. announced this spring that it will expand its Florida operation by up to 255 jobs with total average compensation of nearly $100,000.

The $4.8-million investment into its campus in Hillsborough County cements DTCC's presence in the Tampa Bay Area and "signals our continuing commitment to this community," said Michael Bodson, president and CEO of DTCC, a financial services giant that last year processed securities trades worth $1.6 quadrillion.

The investment will bring DTCC's total Tampa work force to 850 by the end of 2015, according to Eric Miller, managing director of the company in Tampa.

"As we look at our business model, we are constantly looking at our sourcing strategy for talent," says Miller. "We recently moved our headquarters to New Jersey (from New York City). The Tampa office offers a lot of positive strengths."

The Tampa office of DTCC beat out competing company locations in New Jersey, New York, Dallas and Washington, D.C., for the expansion project.

"We are constantly looking at the best fit for our global strategy," says Miller. "We have four other major locations across the country, and we have operations overseas too. We look at what makes the most sense. We decided to move forward on Tampa."

Talent is the Key

The company is growing abroad as well. Early this year DTCC opened its Asia-Pacific global data center in Singapore, part of a global trio of infrastructure designed to support DTCC's Global Trade Repository services. The other two locations are in the U.S. and the Netherlands. In addition to establishing the Asia-Pacific data center, DTCC has set up operations and client support in Singapore and Japan.

"Considering the track record that we have here and the talent pool we have seen, everything aligns perfectly for us here."
— Eric Miller, managing director, DTCC Tampa

Miller says that a variety of factors sealed the deal.

"Considering the track record that we have here and the talent pool we have seen, everything aligns perfectly for us here. We are really so positive on the Tampa Bay region," he notes. "The universities and the elected officials here are very supportive. MacDill Air Force Base is here. Many veterans are located here and they are a great source of talent. The University of South Florida has done a lot to support our work-force needs. And we have a fantastic partnership with Enterprise Florida."

Enterprise Florida assisted DTCC by making $1.2 million available from the state's Quick Action Closing Fund and another $1.78 million through a tax refund program to be paid out after DTCC creates the new jobs. Altogether, the firm will receive more than $4 million in state and local incentives as part of the expansion deal.

Governor Rick Scott said, "This is great day for families in Tampa. The news that DTCC has decided to reinvest in Tampa and create more jobs means more families will have the opportunity to pursue the American Dream. This investment is a testament to our state's great work force and the resources our state offers to companies in reaching their goals."

The expansion is DTCC's first in the region since it opened its New Tampa facility nine years ago. DTCC's Tampa office started as a redundant operations center and now it serves as a fully integrated business center.

Miller says there is a lot to like in Florida. "Look at the leaders we have at the state, county and city," he says. "We have no income tax. The culture, climate and educational system are all very attractive here. We have a lot of positive things happening in this area. We are very pro-Tampa as a company."

Since first coming to Tampa in 2004, DTCC has invested $31.6 million in building and leasehold improvements at its campus just off I-75 in the New Tampa area. In addition, it has invested another $8.9 million in furniture and fixtures, including hardware and IT infrastructure.

Existing relationships with not only the state, but also Hillsborough County and the City of Tampa, were critical factors in the expansion process.

"As a global financial services company, DTCC's decision to commit to a major expansion in our community reflects the growing momentum in Tampa Bay," said David Pizzo, Chair of the Tampa Hillsborough Economic Development Corporation, and Market President, West Florida for Florida Blue. "We are focused on attracting high-wage jobs in key areas, such as financial services, and the effort is working. DTCC is an incredible example of how city, county and state partnership drives economic success." 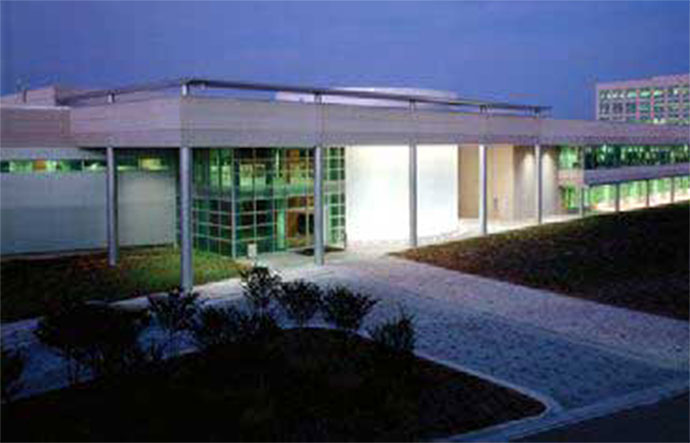 DTCC's original choice of Tampa in 2004 for its $32-million operations center was the culmination of a decision-making process that considered 25 Southeastern US cities.