The Ring of Gratification 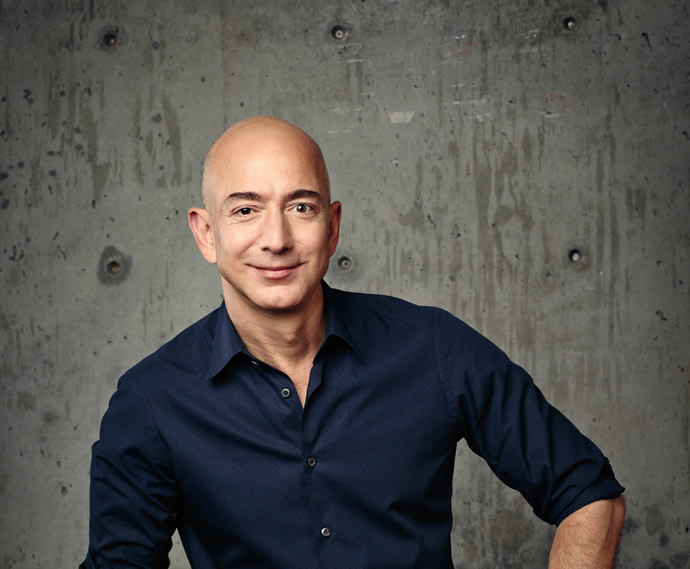 "The differences we are seeing in supply chain strategies depend on who the users are. Or, to put it another way, it depends on whether Jeff Bezos (pictured) is the CEO."
Photo courtesy of Amazon
By Ben Conwell 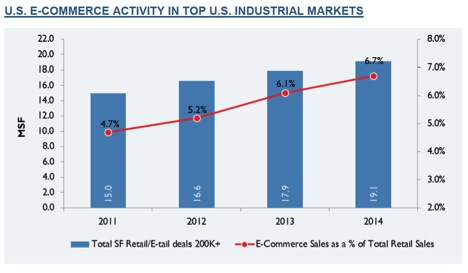 When it comes to e-commerce, the only things that may be evolving faster than this industry-driving phenomenon are the real estate footprints and building strategies that companies are employing to keep pace with consumer demand and competition. And as the future of e-commerce requirements unfolds, it is becoming quite clear that “one size fits all” will not be part of the picture.

The differences we are seeing in supply chain strategies depend on who the users are. Or, to put it another way, it depends on whether Jeff Bezos is the CEO. What we can forecast is that e-commerce real estate requirements over the next two to four years will continue to move toward four distinct categories:

The obvious leader in the first category — which I call the “two-day proposition” — is Amazon, which has absorbed nearly 30 million sq. ft. of logistics space since 2011. This includes more than 23 million sq. ft. of long-term leased, build-to-suit facilities averaging 1 million sq. ft. per site. All but the earliest of these Amazon projects feature 40-ft. clear ceiling heights as well as rapidly changing technology. The overarching goal? To build a two-day network in support of regional growth. 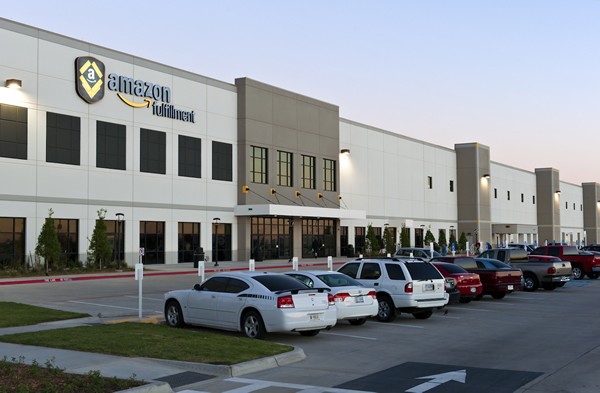 (Make that 31 million sq. ft. Just this week, the company announced a fourth Texas fulfillment center, in Dallas, that will cover 500,000 sq. ft. and employ 1,500. In Two weeks ago, Amazon said it is hiring 6,000 more people at 19 existing US fulfillment center locations. Two weeks prior to that it announced a 1.5-million-sq.-ft. center in Carteret, N.J. — Ed.)

Other significant players in this category include Walmart, Zulily, Pier 1, Target, Nordstrom and IKEA. Each of these organizations has shown substantial investment in large, high-tech regional fulfillment centers. However, sites that are big enough and flat enough — yet still close to major markets and adequate labor — are extremely difficult to locate and develop. As such, the growth rate of million-sq.-ft. fulfillment centers will slow over the next few years.

As a result, major e-commerce players are now pushing to fill distribution gaps regionally, especially in Tier 1 and Tier 2 markets. This brings us to the second category. Amazon, for instance, is targeting select 300,000- to 600,000-sq.-ft. fulfillment centers. These close-in facilities tend to be less automated and more focused on moving inventory quickly. Some serve as hybrid operations for regional sorting, shipping and Amazon Fresh same-day delivery.

Amazon has opened nearly two dozen sort centers during the past 18 months.

In many markets, users have a good shot at adapting existing product or redeveloping sites to accommodate their mid-size requirements. While these smaller facilities often require users to narrow their inventories to high-volume, high-velocity items, they also provide better proximity to population centers. These mid-size centers also are popular in the 3PL sector, which is growing by leaps and bounds as an increasing number of traditional bricks-and-sticks retailers employ them to execute the final leg of their fulfillment strategies.

We can refer to the third category as the “hire it out or vertically integrate” proposition, and it centers on establishing networks of sortation centers within major urban hubs. Amazon again is leading the charge. 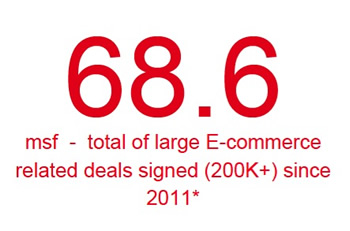 In an effort to avoid a repeat of the well-documented third-party delivery disruption it suffered during the 2013 holiday season, Amazon has opened nearly two dozen sort centers during the past 18 months. These facilities range in size, based on location, from about 200,000 to 600,000 sq. ft. Their sole purpose is the reconstitution of pallets coming off inbound trucks. The newly sorted and re-palleted parcels are then sent out to other sort centers in the network or directly injected into the postal service.

The volume through this network during the first year exceeded expectations. And the resulting practice of direct injection into the postal service enabled Amazon Sunday delivery through USPS — a game changer for both organizations.

This sort center network strategy is similar to what has made UPS and FedEx so successful. Moving forward, we expect to see Amazon and both of those organizations enhance their sortation networks. Certain large 3PLs are likely to become players in this arena as well. 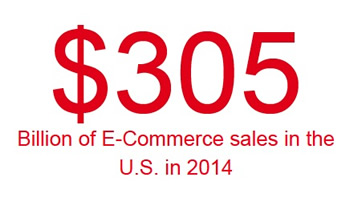 The next step for e-commerce logistics is the emergence of smaller depots to satisfy consumer demand for instant gratification. Amazon’s Prime Now platform utilizes these “last-mile terminals” in 10 markets (with more coming). In Manhattan, a Prime Now customer can order a bar of soap from Amazon’s facility on 34th Street and have it in an hour, delivered by an employee with a hand cart, bike, moped, skateboard — or maybe even pogo stick for that matter. When all is said and done, Amazon will have more last-mile terminals than any other type of e-commerce-related real estate, providing deep penetration into urban areas.

The final leg of delivering packages to consumers also encompasses options for in-store pickup of items ordered online. Globally, we see the growing popularity of package delivery to kiosks — another concept Mr. Bezos pioneered with Amazon Lockers. Now UPS and other companies are jumping on board.

Finally, it is worth mentioning that technology innovations are enabling packages to “find” their recipients if and when customer plans change during the last stage of delivery (i.e. home or office), and these innovations are solely customer-directed.

In Manhattan, a Prime Now customer can order a bar of soap from Amazon’s facility on 34th Street and have it in an hour, delivered by an employee with a hand cart, bike, moped, skateboard — or maybe even pogo stick for that matter. 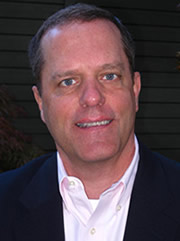 The key to successful last-mile delivery will be the presence of a rich, extensive facilities network that can offer timely and cost-effective service. Traditional retailers with existing physical assets are well positioned to compete with Amazon on this level — if they can optimize the inventory management system.

Consider Walmart, which hands-down has the best store coverage. Its 4,000 locations fall within a 20-mile radius of 95 percent of the US population. Getting those stores optimized for online shopping will make or break Walmart’s e-commerce dominance moving forward. Ultimately, whoever figures out the most efficient and cost-effective last-mile methodology will win the day.

What’s next? Additional innovation and investment-driven changes are a certainty over the next 12, 24 and 36 months. As the industry figures out exactly what consumers want and are willing to pay for, we know innovation will follow closely behind.