TTIP: Looking Out For the Little Guys

Small to mid-size companies hope for best from the US/EU trade agreement. 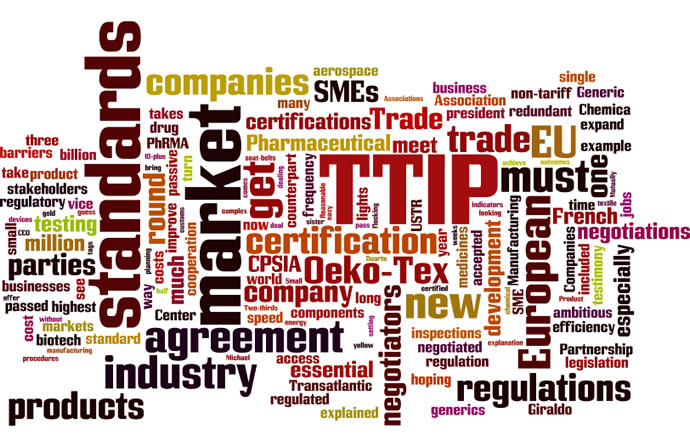 By Max Bouchet and Patty Rasmussen

This commentary is the third installment of a three-part series.

Once finalized, the Transatlantic Trade and Investment Partnership (TTIP) treaty will be the most ambitious trade agreement ever negotiated. The stakes are incredibly high, with much to be gained for parties in both the United States and the European Union, especially for small to medium sized enterprises (SMEs) in all industries looking to expand.

According to figures from the office of the US Trade Representative (USTR), more than 20 million companies in the EU and 28 million in the US qualify as SMEs. Two-thirds of all private-sector jobs in the EU are created by SMEs, while small businesses provide over half of all jobs in the US. These companies produce about 30 percent of goods from both markets. The removal of non-tariff barriers — standardization of certifications or removing redundant or burdensome regulations — would go a long way toward helping SMEs expand their businesses.

When French Chemicals Met US Textiles

The chemical industry is highly regulated. Companies planning to enter a new market must comply with a host of standards. In textile flocking, for instance, complex certifications which test the components contained in the printing material must be obtained. In the US, certifications mandated by the Consumer Product Safety Improvement Act (CPSIA) are considered the gold standard.

Chemica is a French company that manufactures heat transfer films for textiles. Though the company is now well established in the North American market, it was not an easy ride. Their products are certified by the Oeko-Tex Standard 100, a Swiss certification that is one of the highest safety standards in Europe.

“Even though the Oeko-Tex standards are similar to the CPSIA requirements, our products had to take the test all over again with CPSIA-approved laboratories,” says Gabriel Giraldo, vice president of sales and marketing of Chemica US Corp.

Under the current regulations, forget about driving a US-tested automobile in the streets of Paris. Europe’s automotive regulation requires cars to have orange, amber or yellow turn signal lights in order to differentiate them from brake lights. On the other hand, the US allows rear turn indicators to be red. That’s just one among many examples of regulatory divergence in automotive regulations, piling on compatibility costs for exports; such items as brakes, seat-belts, electric windows and door-locks must be specifically adjusted to meet each party's standards. 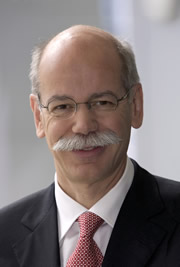 “We have a vital interest in the success of the negotiations ... The goal here is not to lower standards but to make them uniform."
— Dr. Dieter Zetsche, Chairman of the Board of Management of Daimler AG and Head of Mercedes-Benz Cars, speaking about TTIP at Daimler's Annual Shareholders’ Meeting, April 1, 2015

Industrial regulation harmonization with the highest standards is essential when creating global markets. For example, passive radio frequency identification (RFID) tags used in the aerospace industry are one of a select group of products regulated worldwide by a single standard. Companies in the EU, the US or anywhere in the world meet the same required standards and can export to any market. And that’s great, until other obstacles get in the way of business.

Alexis Beurdeley is the vice president of MAINtag, Inc., a French company and a European leader in manufacturing passive RFID for the aerospace industry. He says one of his company’s biggest challenges when importing a new product is dealing with US customs. Products are often held up, sometimes up to three weeks, without rhyme, reason or explanation.

Some standards, like electricity infrastructure, cannot be changed for obvious reasons. Edmundo Duarte, CEO of EU Power Management Systems (EUPMS), explained that his company provides power management devices and services to improve energy efficiency. The products are manufactured in France but must be customized for the US market, to be compatible with the US voltage and frequency. But for many other standards and regulations, an ambitious TTIP could — and should — promote a comprehensive mutual recognition for industrial standards. 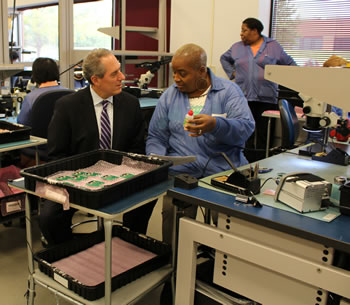 The most recent round of TTIP negotiations took place in Brussels, Belgium, February 2-6, 2015, under the leadership of USTR Ambassador Michael Froman and EU Trade Commissioner Cecilia Malmström. This marked the eighth round of negotiations and included, as previous rounds did, opportunities for stakeholders to hear from the negotiators and offer feedback and testimony. Discussion topics included critical issues of regulatory cooperation and market access. The next round of negotiations is scheduled for April 20 -24 in Washington, D.C.

2015 marks a pivotal year for TTIP. It is essential that Congress pass Trade Protection Agreement legislation that will limit that body to an up or down vote on TTIP. Without such legislation, this vital agreement will never see the light of day. Some observers say TPA must be passed in 2015 before the politics of the 2016 election cycle take over.

While officials still say they are hoping to have a TTIP agreement completed by 2015, Joseph P. Quinlan, senior fellow at the Center for Transatlantic Relations at Johns Hopkins University, told European news site, Euractiv.com, he does not expect to see an agreement this year. “Nevertheless,” he said, “I’m hoping that the trade negotiators keep working hard, covering as much ground as possible in 2015. I do think this continues on into 2016, 2017 until we get the deal that both parties want and [that] is beneficial to all stakeholders.”

That’s how much it costs and how long it takes to develop a prescription drug and bring it to market in the US, according to a 2014 report by the Tufts Center for the Study of Drug Development. The same study determined that an additional $312 million is invested on post-approval development — studies testing new applications or dosages, for example — bringing the total development cost to $2.9 billion.

“A well-constructed TTIP could open up vast new possibilities for cooperation and collaboration that would improve market access and speed the development and approval processes for new medicines,” wrote Jay Taylor of the Pharmaceutical Research and Manufacturers of America (PhRMA), an industry association made up of researchers and biotech companies. This would be especially true of SMEs in the biopharma sectors struggling to compete in a capital-intensive industry.

PhRMA, along with its sister organization in the EU, the European Federation of Pharmaceutical Industries and Associations (EFPIA), testified before TTIP negotiators during the fifth round of talks in 2014 on behalf of their members. Other industry associations, including the Biotechnology Industry Organization (BIO), the Generic Pharmaceutical Association (GPhA) and its European counterpart the European Generic medicines Association (EGA), weighed in with testimony as well.

Among the chief concerns for biotech companies are:

Living Up to the Hype and Hope

It’s anyone’s guess whether TTIP negotiators will be able to craft an agreement that can meet the expectations of all the interested parties, especially those SME’s eager to enhance their transatlantic business. We do know this: TTIP and its Asian counterpart the Trans-Pacific Partnership (TPP), currently being negotiated between the US and of its 13 trade partners, are setting the tone for the future of world trade. It is essential to get it right, to get it fair and to get it now.

AmCham Business Day
hosted Feb. 26 at Emory University in Atlanta
by the American Chamber of Commerce in Germany 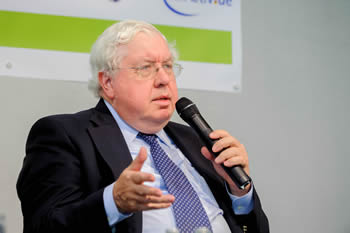 "Germany and the Southeast United States already have started a very deep and productive partnership — one that I find extremely exciting. The next phase of German-American relations is going to be an integration. It already has so much momentum, it will continue even if we somehow make a bad choice and don't ratify TTIP."
— Former US Ambassador to Germany John Kornblum (left) 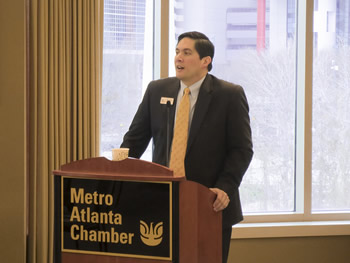 "TTIP is a tool, amongst all the other free trade agreements, that will bring more small and medium businesses into international trade. We're lobbying the US Trade Representative to hold one of the future rounds of negotiations for TTIP here in Atlanta. We're hoping to host in 2015."
— Ricardo (Ric) Hubler (left), Senior Director, Global Business Growth Economic Development, Metro Atlanta Chamber

"A frequent argument is that two industrialized countries like Germany and the US with fully functional systems do not need such safeguards. But this is an agreement between US and Europe, and within Europe there are considerable variations from country to country — how do you feel about investing in Munich on one hand, and Bulgaria on the other hand? TTIP is the last chance for the two largest economies on the planet to come together on an agreement that can serve as a blueprint for the rest of the world. Europe and the United States are bound by common values and a common history. We can set the standards of tomorrow, or stand by while others do so. You can eat the food at the table, or you can be the food that gets eaten."
— Andreas Povel, General Manager, American Chamber of Commerce in Germany

"[The Trans Pacific Partnership (TPP)] is critical to expand business. We want to export from Kentucky. We can increase jobs in Kentucky and expand production. This is critical for investment.
— Takeshi “Tak” Niinami, President and Chief Executive Officer, Suntory Holdings, and senior advisor to the Prime Minister of Japan 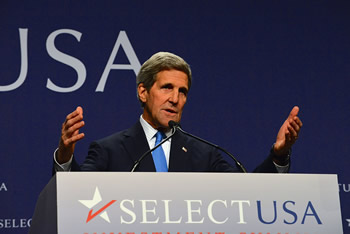 "These agreements are consistent with our shared economic and strategic interests ... The alternative is letting the rules of the 21st century be sabotaged by falling standards — a race to the bottom. We need to make this happen, and we need your help. We need you to be advocating for these landmark agreements whenever and wherever you can. Your voice is critical to the discussion. Ultimately we will all benefit from the elimination of non-tariff trade barriers around the world. Agreements that establish the right rules of the road are the best way to make all these things happen. The best way to jumpstart an economy is not a new oil discovery or a deepwater port, but establishment of rule of law."
— United States Secretary of State John Kerry (pictured), speaking of TTIP and TPP