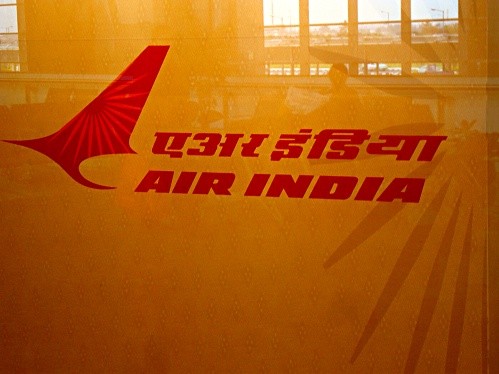 Knowing that I’d spend most of today in the air I expected to have little to blog about tonight. Fortunately, Air India was willing to provide plenty of fodder.

Today was my first flight with Air India.

Today was my last flight with Air India.

I arrived at the Mumbai Airport at 5:45am for a 7:45 flight to Shanghai and proceeded to the Air India check-in counter. The young man behind the desk glared at me as I passed him my ticket and passport, then glared at my e-ticket for several minutes, before furiously typing something on his computer. He glared at the computer for a few moments, then at me again, then leaned over to confer with a colleague. The colleague shot me a suspicious glare, then spoke rapidly in Hindi to his mate, who responded in kind, and both huddled over the computer screen. I knew immediately this was going to be fun.

After several minutes of pecking away the computer my attendant handed me my e-ticket and said, “This is not a ticket.”

“You are not in the system.”

“How can that be? I have this ticket.”

“You have flown from Delhi, and now go to Shanghai?” he asked.

“How can I have a record if I’m not in the system?”

My two attendants conversed rapidly again, then wandered off to talk to another staff member. This one snatched my ticket, glared back over his shoulder at me, and began typing on his computer. After several minutes of conversation, arm waving and glaring, they called to a 4th employee, presumably a supervisor. At this point I walked over and asked what was going on. Four sets of eyes glared back silently, then returned to the computer screen.

Finally the four men completed whatever they were doing and walked away. My original attendant walked past me and returned to his station. No one spoke. I followed my guy back  and asked if all was ok. He thrust my passport at me and told me I must go to the Air India ticket office, one concourse over.

“You must get a ticket.”

“Just go to the ticket office.”

With that he called to the next people in line and managed to forget I existed.

At the ticket office I was greeted by a disheveled gentleman who seemed to have been napping. He snatched my ticket and asked what I wanted, clearly annoyed to have been so thoughtlessly awakened.

“There appears to be a problem with my ticket.”

He glared at me and began typing on his computer. Minutes later he printed something out, handed it to me, and, without further discussion, went back to sleep.

I returned to the ticket counter and showed my attendant my new piece of paper. He glared at me, punched something in the computer, and produced a boarding pass.

Five Air India reps and 40 minutes later, I was ready to board my flight.

Indian airport security requires you to have your boarding pass stamped twice, and matching luggage tags, bearing the name of your airline and flight, also stamped. Before boarding the plane a guard takes your boarding pass and compares the stamps on it with those on your carry-on. In theory the airline, flight number and date on these should all match. The guard glanced at my Air India boarding pass, compared it to the Kingfisher Air stamp on my laptop from the day before and the Jet Airways tag on my carry-on from Wednesday, and ushered me on board. I was almost disappointed I wasn't smuggling something.

Large, irritated women greeted passengers boarding our flight. I mention their size only because their Air India uniforms leave their midriff exposed, making them appear even more rotund; this is not a good look. Perhaps this is why they’re irritated.

Onerous questions posed to the flight attendants such as “May I have some water” are met with a sharp glare and a derisive snort. These women were clearly on a break this flight – I hoped the other passengers would notice and not disturb them.

All joking aside, Air India really is a crap airline. The stewardesses really are surly, and the planes, when they're not falling out of the sky (Air India has suffered ten fatal crashes, more than any other major national airline) are old and in ill repair (a door hung off one of the bathrooms on my flight, the meal tray dangled on the chair next to me, and the seats were stained and greasy.) An Indian friend of mine upon hearing of my experience said, “You actually flew Air India?? Oh, crap – I thought you knew. I should have warned you.”

In closing tonight I offer up a few new marketing slogans for Air India to consider. Feel free to add your own.