My day began at 4:30 am, the unhappy hour at which I had to wake to catch a train from Mumbai to Pune.

A three-hour-trip on a dingy train -- precisely what I like to be doing at the crack of dawn. I do mornings rather poorly. 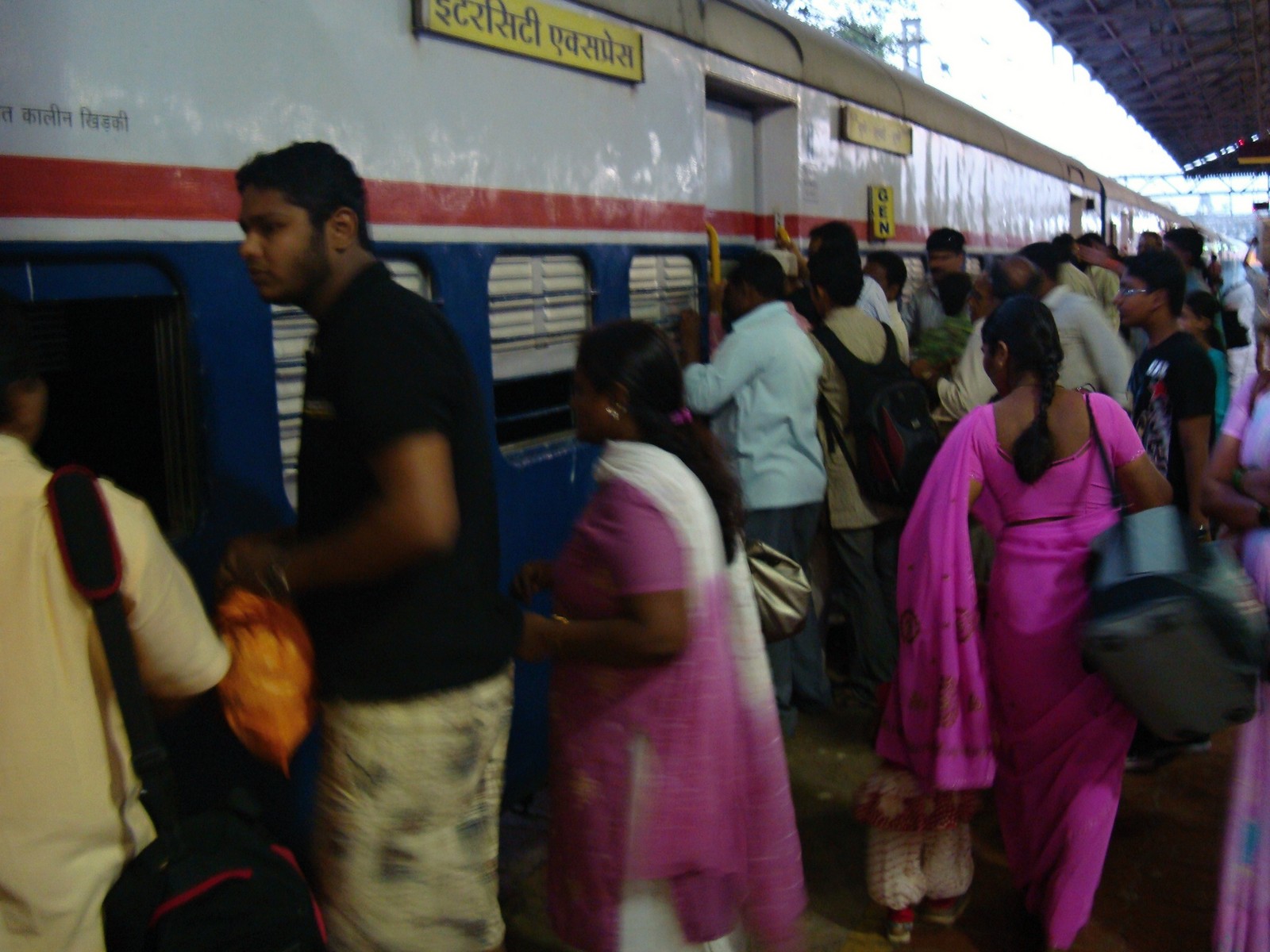 Are the bars on the windows keeping passengers in or out?

My train departed from Victoria Station, Mumbai's famous old landmark, left-over from India's British colonial days. Victoria Station is striking, and might even be attractive, minus the undulating mass of bodies, stench and filth.

The train was filtly, crowded, and creaked ominously at seemingly random moments, but long ride was dull and uneventful. I even slept a bit, enough so that I awoke with a considerable glob of drool making its way down my chin. (What's the etiquette for dignified drool removal in front of professional colleagues? Wipe it on my tie? Clean it with my palm, then wipe on my pants? I could see Joy, my Indian colleague, staring at me in rapt attention, eager to see which way I'd go. I ultimately opted for smearing it across my face with my sleeve.)

Satisfied that I'd made the correct choice, and with a freshly damp right cuff, we set off for our meetings in Pune (pronounced Poo-nay.)

Pune is a more pleasant city than Mumbai (granted, the bar's not set too high here.) Typoical of Indian cities, Pune is overcrowded, dirty and loud, but it's not the oppressive crowds and filth you find in Mumbai. 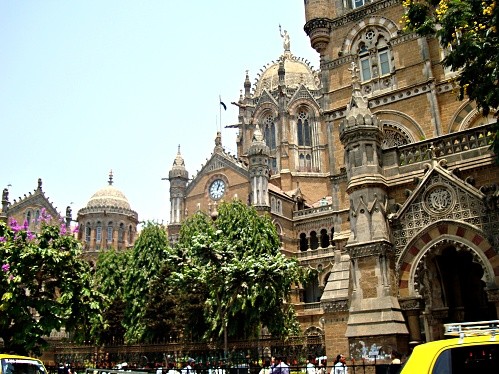 Our first meeting was at a beautiful hotel called the Taj Blue Diamond. I didn't see the guest rooms, but judging by the conference facilities, this would be a great option for anyone visiting Pune.

I was most impressed with the EON Free Zone, an ultra-modern and master-planned development on the Eastern side of Pune where I met clients this afternoon. So modern and comfortable were the offices in Eon one could almost imagine you were in London's financial District, at least until you glanced out the window and saw the man peeing on the side of the road.

After a full day of mostly successful meetings Joy wanted to treat me to a special celebratory meal, so we went to Pizza Hut. Seriously. And, being at Pizza Hut, we had chicken soup and garlic bread. Of course.

After our meal we returned to the train station for the long trek back to Mumbai.

Upon arriving back in Mumbai I was promptly pick-pocketed and ripped off by a cab driver.