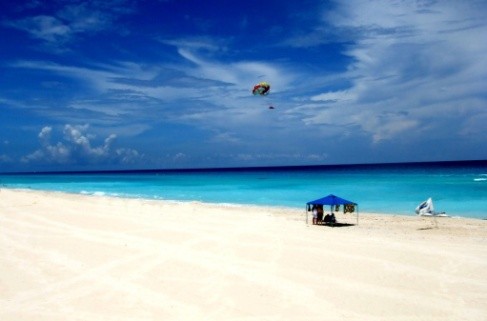 Perfect weather for my last day on the beach!
by ADAM JONES-KELLEY

Mexican restaurants in America give you free chips and salsa before you even order.

In Mexico they give you limes.

The theory seems to be that no matter what you order, the taste will be substantially improved by adding lime juice.

In the last four days I’ve dripped fresh lime juice on nachos, tacos, tortas, arrachera, carnitas, cactus, tortilla soup and more margaritas than I can count. Each got much yummier after adding the lime juice.

I believe I’m going to have to have a chat with the proprietors of my favorite Mexican joint at home and make sure they understand the need for fresh limes with every meal. 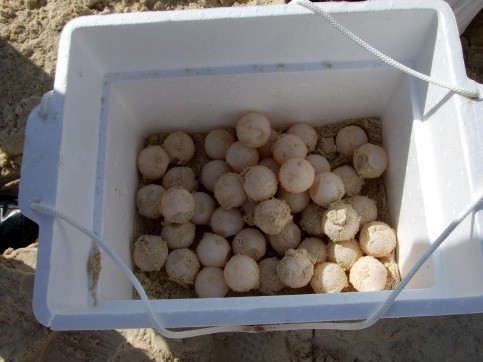 Because she’s weird Tiffany hopped out of bed at 7:00am today and traipsed down to the beach. Being the only tourist on the beach at that hour did afford her a rare and wonderful opportunity. It seems that white sea turtles mate in local waters and come ashore on Cancun’s beaches to lay their eggs. On average a mature white sea turtle will lay 100-200 eggs in a night. The next morning, upon discovering a fresh nest, hotel staff extracts the eggs from the high-traffic area and move them to a protected area. Tiffany happened upon just such an event this morning, and was even allowed to place one of the eggs in the basket to be moved to its new home.

I’m envious (even though this happened at an ungodly hour.)

Tiffany is also responsible for my favorite nutty phobia of the week; she’s terrified of bridges. Tiff is utterly convinced that some calamity will occur just as she’s crossing, causing her car to go over the side, trapping her inside as the car fills with water. She closes her eyes as we drive across a bridge, as if this will somehow prevent the car from plummeting her to a watery grave.

This makes me giggle.

I don’t understand phobias. Maybe I’m just too lazy to get that worked up over anything. (I do have a mild phobia that the world will one day run out of vodka, but that’s about it. And I don’t think closing my eyes would produce more vodka. I’d just pout a lot.) 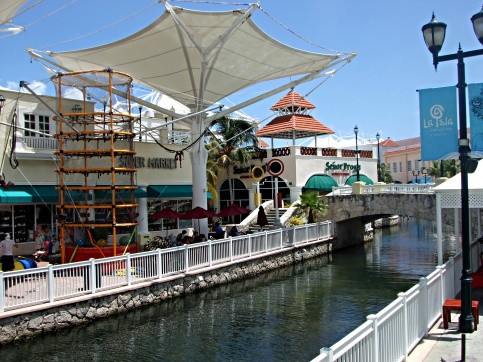 Since this was our last day in Cancun we decided to head to La Isla for some souvenir shopping. We bought the obligatory t-shirts, shot-glasses, and even a hand-carved Mayan mask.

We also bought a couple of items from the Mexican Outlet.

When I took my items up to the check-out girl at the Mexican Outlet she promptly dropped one of the shot-glasses, shattering it into a zillion pieces. She stared at the multi-colored shards, clearly irritated, then glared at me as if it were somehow my fault, then glared at them again, then looked back up at me.

“Yes. Possibly because you threw it on the floor?

“No, I don’t think I still want that one. Perhaps you could grab me a new one off the shelf?”

She merely blinked at me, making no move to fetch me a new shot glass. 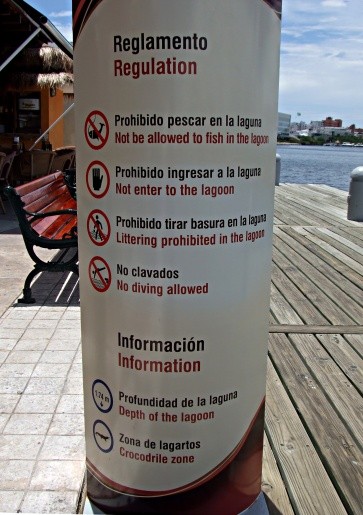 I was so annoyed by her attitude that I decided I’d show her! I would refuse even to buy another shot glass from her establishment! Ha!

This inevitably led, of course, to my wandering around in the hot sun for a half-hour trying to find another shot glass I liked, before returning to the same place to buy the original one.

Along the boardwalk at La Isla we happened upon a hysterical sign. It was warning tourists not to swim in the lagoon because a crocodile might eat you. It listed 4 primary rules - Don’t fish in the lagoon, Don’t GET in the lagoon, Don’t litter in the lagoon, and Don’t dive in the lagoon - before casually mentioning the lagoon’s depth and that little thing about it being full of crocs. And was the fourth one necessary after you’ve already said don’t get in the lagoon? (Or, as the sign actually read, “No enter to the lagoon.”) What’s the thinking here? You’re forbidden to enter the lagoon, but if you must, just don’t dive!

This made me giggle.

For dinner my friend Steve took us to a wonderful restaurant in town called Marakame. It was a fascinating place, built in and around trees in a downtown suburb, and the food was sublime. (It really is much like a tree-house – on the open-air 2nd level there are tree limbs poking out everywhere. Very cool.) 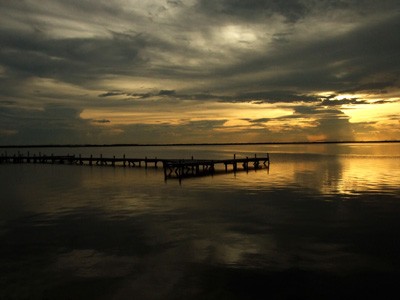 A beautiful end to a perfect trip

And being in town it was roughly 1/3 the price of a comparable meal in the hotel zone.