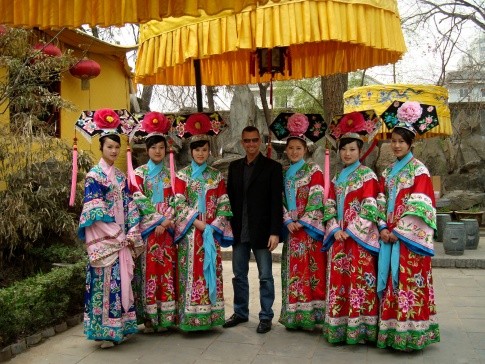 With the staff at Baijian Dayuan
by ADAM JONES-KELLEY

My new definition for a successful meal is one in which I do not fling food across the room with my chopsticks.

Lunch today was not a successful meal.

After a tragic haircut at the Sheraton and a typically busy morning we met Ms. Liu, an executive with Dongfang Runya Advertising, for lunch at Baijia Dayuan.

Baijia Dayuan, which means “Garden of the King”, is a spectacular establishment, set in an old palace said to have been constructed in the 17th Century. The setting is wonderous, featuring rock gardens, intricate ponds and an extraordinary service staff in replica Qing Dynasty garb. If you find yourself in Beijing add this to your “don’t miss” list.

Ms. Liu has been an exceptional host, treating me to tours of The Great Wall, The Summer Palace and a vast array of delicious local food. In an effort to show my appreciation I decided to put my newly discovered ineptitude with utensils on full display, and scattered much of today's lunch around the room. I swear I was aiming for my mouth. Many a bite failed to reach its goal. 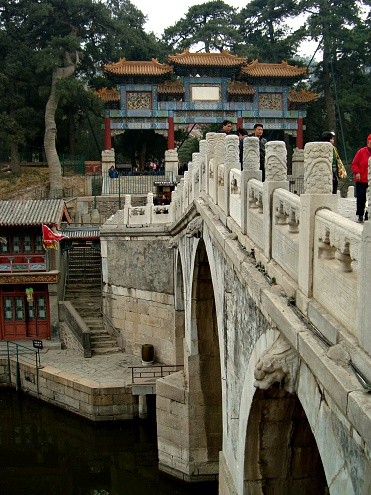 I hit rock bottom with the squishy and slimy deer tendon. After chasing a piece around the plate for several minutes I finally managed to capture it between chopsticks. I proudly directed the mushy morsel towards my mouth, ready for my first ever taste of tendon. I didn’t make it.

Just before reaching my mouth the devil-possessed piece of meat shot forward, bounced off my chin, hit my glass, and ricocheted across the table. It was covered in a thick, red sauce, so left a firey trail in its wake. Everyone stared as red goo dripped from my chin. I uttered something unkind.

Sia helpfully suggested I might have squeezed too hard. Ya think?

I thought to lighten the mood by sharing Jerry Seinfeld’s schtick on chopsticks. Said he, “You’ve got to hand it to the Chinese – they’re sticking with the chopsticks. You’ve got to figure by now they’ve seen a fork.”

I declined to attempt the deer tendon again, focusing instead on the Yak and flower petal salad. Others seemed to have trouble with the deer tendon as well, though none so much as me. I secretly enjoyed their struggles, and silently prayed for one of them to fire another piece across the room. 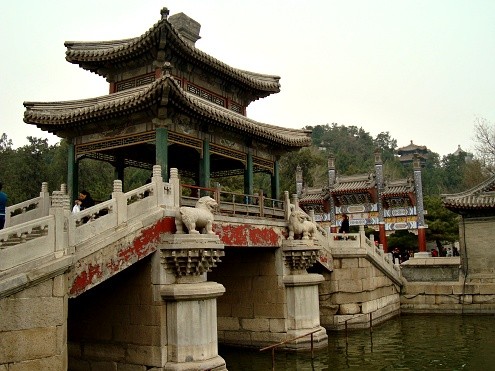 As she’d done at each of our other meals, Ms. Liu ordered enough food for an army, and I was encouraged to try everything. I ate. And ate.

I begin to suspect Ms. Liu is trying to kill me.

There seems to be a game afoot to see who can get the American’s stomach to literally explode at the table. I don’t like this game. (I do, however, like the food, so I keep playing.)

After lunch Ms. Liu announced she would take us to see the Emperor’s Summer Palace, one of Beijing’s most famous historical sites. It’s also one of the biggest, occupying 726 acres.

Sporting a belly that felt like it was holding twins, I requested a motorized wheelchair.

No such luck. We walked, seemingly for 10 or 12 hours. Sia claimed it was only two, but I began to distrust Sia's math skills after he claimed we had far fewer than 100 dishes at lunch. 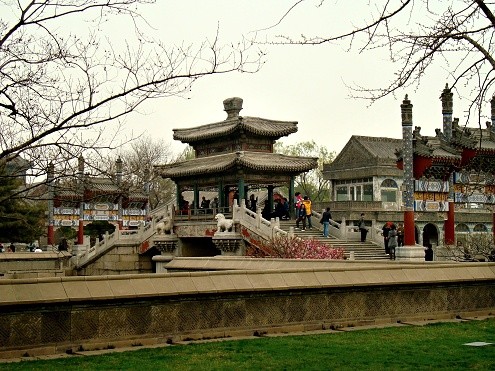 The history and grandeur of The Summer Palace, parts of which were originally constructed in the Jin Dynasty (1115-1234), is utterly spectacular. Much of the palace was destroyed by fire in the Anglo-French invasion of Beijing in 1860, but was rebuilt extravagantly by Empress Dowager Cixi in 1888, who turned it into her seat of government.

In 1998 UNESCO named the Summer Palace a World Heritage site, proclaiming it "a masterpiece of Chinese landscape garden design." Though less famous than the Forbidden City behind Tiananmen Square, it's every bit as beautiful, and a must-see for any visitor to Beijing. I'm deeply grateful to Ms. Liu for taking me.

I just wish she hadn’t fattened me up first.