With coffers near empty, states debate the merits of tax credits for movies. 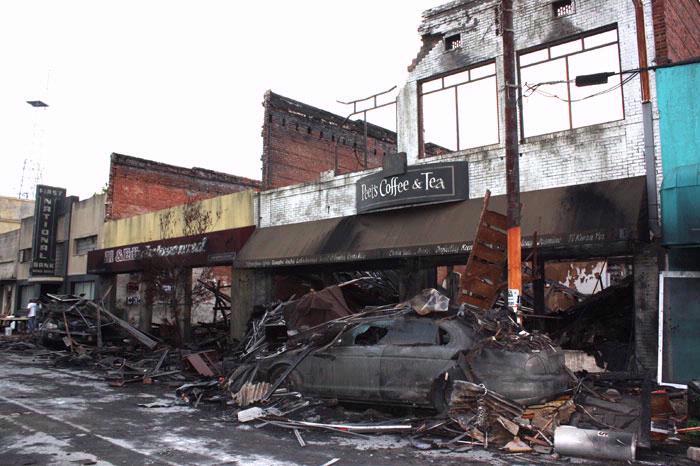 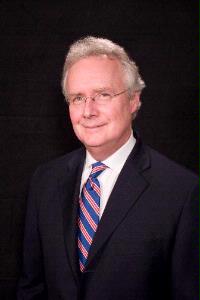 attle: Los Angeles" is the current Hollywood box office king, pulling in more than $35 million during its mid-March opening weekend. While the movie is about an alien invasion of Los Angeles, none of it was filmed there. Nearly all of it was filmed in a different LA — Louisiana, at sites in Shreveport and Baton Rouge.

More than 100 films and TV shows worth more than $1 billion have been filmed in the Shreveport area since the end of 2005 (post-Katrina), says Arlena Acree, director of the City of Shreveport’s Film Office. They can provide a complementary economic boost to traditional industrial development such as that wrought by Shreveport’s General Motors plant, which expanded a few years ago but now is slated for closure by June 2012. The plant’s pickup production last week had to be temporarily idled due to a parts shortage caused by the earthquake-triggered catastrophe in Japan.

"We wouldn’t be in business if we didn’t have the incentives," says Acree. It also helped that Shreveport was willing to let the "Battle: Los Angeles" film crew shut down an I-49 overpass and several streets for 30 days.

"Every film has a particularly difficult location," the film’s line producer, Jeffrey Chernov, told Acree’s team. "For ‘Battle: Los Angeles’ we needed a freeway shut down for a month. When no other city could deliver, Shreveport-Bossier did."

"Incentives are the number one item that film finance and production companies will look at when they are trying to decide where to locate a production," says Vans Stevenson, senior vice president, state legislative affairs for the Motion Picture Association of America. "Production companies look at the three Cs when they are considering a location: cost, convenience and creativity. Cost is at the top of the list these days because of the tremendous pressure on producers. The development of digital and online entertainment along with the drop in DVD sales puts enormous pressure on film and TV financing."

Stevenson says producers look at credit packages globally when making a site decision. Another major factor is labor costs. Location is important, but he notes that most places can be made to look like someplace else.

Louisiana is one of more than 40 states that currently have some type of film incentive. But as financially-strapped states look high and low for ways to cut costs, these tax credits are increasingly coming under scrutiny.

As of mid-March, only one state, New Jersey, has gone as far as suspending its film incentive package. Film and digital media incentives there are suspended for the current fiscal year, which ends June 30.

But the debate that is getting the most attention is in Michigan, where Gov. Rick Snyder has proposed eliminating the state’s film credit, which at 42 percent is tops in the nation, and replacing it with a $25-million grant program recommended for appropriation in the Michigan Strategic Fund budget. The plan has stirred a robust opinion skirmish in the state, with celebrities such as actor Jeff Daniels and author Mitch Albom arguing for continuation of the credits. A spokesman for Daniels told Site Selection that the actor is currently declining requests for interviews on the subject.

"Michigan has proposed reinventing their credit, making it a $25-million grant program, which will basically kill the momentum the state has been trying to grow since 2007," Stevenson says. "Twenty-five million dollars doesn’t go very far. A major feature can eat up $10 million or more by itself," Stevenson says. "We are optimistic that as Governor Snyder moves to the budget process and looks at how much is going on and the facilities being built in Michigan and the number of applications that are coming to Michigan, he will reconsider."

Some States Ready for the Marquee

Gov. Susana Martinez of New Mexico has proposed trimming her state’s incentive from 25 percent to 15 percent. However, New Mexico’s Senate and House are debating keeping the rate at 25 percent but capping it at either $45 million or $50 million per year.

Just the threat of the incentive’s curtailment has production companies scurrying for alternate locations. Stevenson says the "Avengers" movie, which will star Robert Downey Jr., was to be partially filmed in Michigan, but is now opting for Ohio.

States that are maintaining and enhancing their credits are reaping benefits, Stevenson says.

"New York just passed their credit for five years and they are at capacity right now and all the sound stages are full," Stevenson says. "There is tremendous activity in New York City."

Movie producers are well aware of the states with the best tax credits, Stevenson says, citing Michigan, Louisiana, New Mexico, Georgia, Ohio, Pennsylvania, New York, Connecticut, Massachusetts, Florida, Rhode Island and Illinois as being among the states with the best incentives. "Producers plan months in advance and they want certainty when they make a commitment to a particular state," he says.

Stevenson says Georgia has benefited from TV production by VH1 and BET. Infrastructure, in the form of studios and other facilities, is sustainable if TV programs locate in a particular area and are filming week in and week out, he says.

If states begin to pull back on incentives, look for production companies to consider foreign locales, Stevenson says, noting that the U.K., Romania, the Czech Republic and other countries have varying programs to attraction productions.

The Michigan Film Office, in its annual report presented to Gov. Snyder on March 1, states that 58 film projects were shot in the state in 2010, spending more than $293 million. These projects were awarded more than $115 million in incentives. The Film Office also awarded a $5.9-million Film Infrastructure Expenditure Certificate to Raleigh Studios in Pontiac, which is scheduled to open its doors this spring.

"The majority of studies that we have seen — either the ones we have been involved in or independent studies — show that there is overwhelming return on investment in terms of tax revenue coming back to the state," Stevenson says. "There is an enormous payoff in terms of the boost it gives a state’s economy. If you figure that one production company spends $10 million, you have got all that spending going to vendors, cast and crew and you are also putting people to work who otherwise maybe weren’t working, so they have disposable income. It’s a win-win situation."

Stevenson says most people don’t recognize that states get immediate use of sales and income taxes from film productions because the tax credits don’t get paid until after an audit, which sometimes takes 18 months to three years.

While he hopes Snyder will reconsider his proposed film incentive changes, Stevenson acknowledges the challenging economic picture for states may alter the incentive landscape.

"States are mandated to balance budgets. There is a lot of decision-making that has to go on in terms of what the priorities are. Most states that have looked at this and have sustained the film credits realize the tremendous boost to the economy, jobs and tourism. There are a lot of intangible factors as well, like the boosts it provides small businesses that have opportunities they otherwise would not have had." 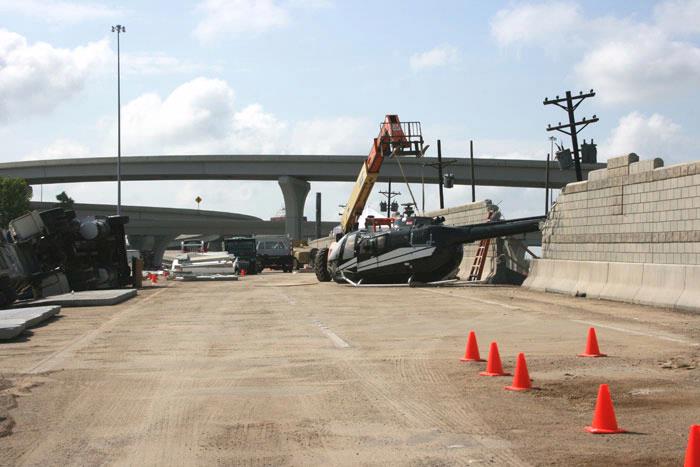 Shreveport closed an I-49 overpass for 30 days to accommodate filming of “Battle: Los Angeles.” 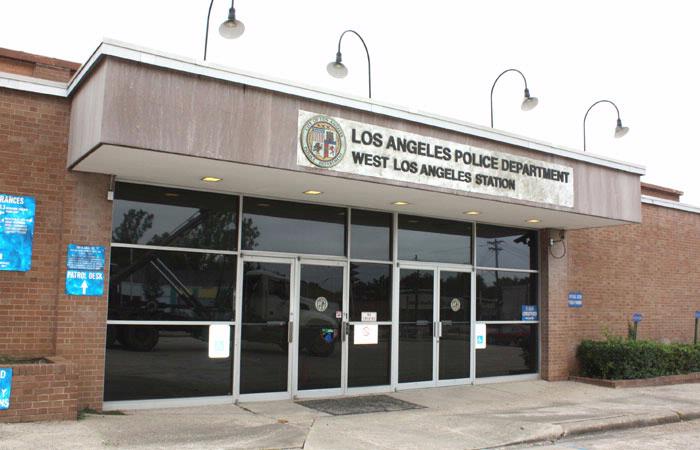 A Shreveport, La., police station brilliantly portrays a station from the other LA.