Gamers Have
Georgia On Their Minds

As Atlanta becomes the next hub for digital entertainment design and development,
industry insiders explain what it takes to thrive in a highly competitive field. 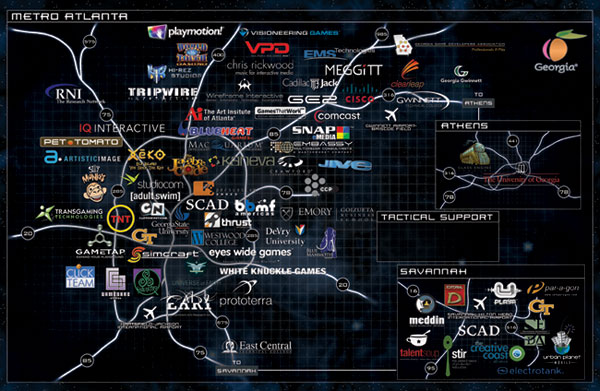 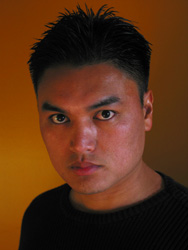 hris Rickwood may not be a household name to music enthusiasts around the U.S., but that may be only because they are listening to music through traditional media.

In the world of video game design and development, Rickwood is the John Williams and James Newton Howard of composers.

Just as those legendary film composers have written scores that will go down in history as some of the most memorable melodies of all time, Rickwood has transformed the music of the video game industry into a rare form of art.

And he has done it from his home studio in Suwanee, Ga., a Gwinnett County suburb about 30 miles (48 km.) northeast of downtown Atlanta.

How he accomplished this, and why he chose Suwanee for his home base, tell a lot about where the burgeoning digital entertainment industry is headed in Georgia.

"I have been in the metro Atlanta area since 1997," Rickwood, founder and creator of Rickwood Music, tells Site Selection. "Back then, there was nothing here in the video game industry. Three years ago, Asanti Bradford took over the effort to build this industry in Georgia, and people started to get the idea that video games can make money. Games are the future of entertainment, and Georgia decided that it wanted to go after this industry with tax incentives and other forms of assistance."

Today, Bradford serves as the digital entertainment liaison for the state of Georgia, and under his leadership video game design and development has expanded exponentially, particularly in the metro Atlanta area.

Georgia-produced games like Kaneva and Global Agenda are examples of the kind of multi-player online games that require massive amounts of capital investment and manpower before they reach the market. Games like these typically take five years and at least $10 million to develop completely.

"We have a pretty good cluster going on," says Bradford, who spoke recently at the "Georgia's Got Game" symposium at Gwinnett Technical College in Lawrenceville. "I concentrate on working on home-grown initiatives."

His efforts have paid off. Today, Georgia is home to more than 60 game companies and currently has more than 2,000 college students enrolled in classes teaching video game design and development. More than a dozen Georgia colleges and universities offer comprehensive interactive design career paths.

Sperling's Best Places recently rated Atlanta as the No. 3 city in the U.S. in volume of video game planning activity, while Game Developer Magazine ranked Georgia No. 4 in highest industry compensation levels.

The roster of game-developing companies around Atlanta reads like a Who's Who of the industry. White Knuckle Games, TripWire Entertainment, IQ Interactive, TransGaming Technologies, Eyes Wide Games, Hi-Rez Studios and BBMF-Americas are all based in Atlanta or an Atlanta suburb.

And they're all trying to reach the holy grail of the industry: high-end talent that produces the creativity that drives the success of the games. Talent like that of Chris Rickwood.

"The problem with Georgia was that a few years ago there just weren't a lot of people producing video games," the Suwanee resident says. "Georgia Tech and University of Georgia are now in this field. We are now attracting some pretty big names. In the next five to 10 years, we will see the talent base really begin to grow. Video games are very kid-based. A company will make a game. If it hits, they can continue making that game. If it is not a hit, that company will either fold or be bought by someone else. When they fold, it scatters 20 to 100 people who know how to make a game but don't have a job."

Rickwood says the formula for industry success in Georgia is simple: "The more companies you can get here, the more talent you will keep here. Atlanta has a major airport, colleges, sports and everything else the industry needs."

Thirteen years ago, the area offered what Rickwood needed — a place to call home and concentrate on his passion while his wife earned a living for the family.

"After school, I got a master's degree at the University of North Texas. My wife had a job in Georgia. So, coming out of school with a music degree, I knew that my wife would have to make the money for a while," he says. "I moved to Georgia for that reason. We lived in Dahlonega for about 10 years. Three years ago, we decided to move to Suwanee."

"My kids started kindergarten and Suwanee schools topped the list on all the rankings of K-12 education," Rickwood says. "We loved this as an up-and-coming area, and it was not over-developed. There is a real sense of community in Suwanee. Within five miles of my house, there are four or five decent-sized parks and the Suwanee Greenway. It is a small city that still offers all the amenities of a large city."

The Gwinnett County location also affords Rickwood access to major game producers in Atlanta. His work has been featured in locally produced games such as Global Agenda and GhostBusters, as well as 50-plus online games for Cartoon Network.

The work is not easy, and that challenge attracted him to it, he says. "I started in school to become a composer for film. Halfway through school, I read an article about music and games. The new medium would need music but would have separate problems and challenges that the film industry would not have," he notes. "When you are scoring a film, things are linear. You have a beginning, a middle and an end. In a game, you have to follow the story that the game player is choosing. I was attracted to that challenge and to an industry that was young and like a new frontier."

An entrepreneur by nature, Rickwood sent demos of his music to the audio directors at all of the major game studios around the country. "One called me, and that led to my first published gig in a game," he says.

Now, he says, he could live anywhere he wants. "My job doesn't require me to be anywhere. Anything I do is delivered by a digital file. I could go work anywhere in the world as long as there is a decent Internet connection," he says. "Suwanee offered the parks and the amenities and the schools, and I can get to Atlanta in 40 minutes to meet with clients. Everything is close, but Suwanee has that small-town community feel."

He admits that he chose North Georgia for other reasons as well. "I almost purposely did not want to move to a major area like Los Angeles or New York to do what I do. I didn't want to get into that grinder of networking and having to put on a show. That all seems so fake to me," he says. "What's great about my situation now is that Atlanta has a great music scene. Turner Broadcasting is here. Tyler Perry Studios are here. Big music schools are here. And I am the only person who does video game music full-time."

Bradford says it's his goal to bring even more talented people like Rickwood to the area so that the digital entertainment industry can reach the next level. "We just released a white paper this week, an 80-page comprehensive report on what's happening in the digital media space in Georgia," he says. "We identified a lot of assets and advantages here in Georgia that we didn't even know we had. We offer a 30-percent tax incentive if the investment is at least $500,000. We are getting a lot of international play from that."

Blake Lewin, a former Turner executive who's now president of TransGaming Digital Inc. in Atlanta, says that "people don't realize the power and dynamics that are going on in digital entertainment right here in Atlanta. The entire entertainment industry is going to change in a huge new direction. On-demand, digital distribution is going to be immense. And if I hadn't met Asanti and the Gwinnett Chamber, I probably would have moved to California."

Instead, Lewin chose to set up his operation in Georgia, and he says now that he doesn't ever plan to leave.

Nick Masino, vice president of economic development for the Gwinnett Chamber of Commerce, says he knew that Gwinnett could become a hub for the video game industry the day he realized that games were a larger business than the film industry.

"Game sales now surpass movie sales. This is a serious industry," Masino, a former mayor of Suwanee, says. "There are two distinct corridors for the game industry in metro Atlanta. Midtown through Alpharetta is one; and Midtown through Suwanee is the other. Midtown has Georgia Tech. We have Technology Park in the Peachtree Corners area of Norcross in Gwinnett. The companies all migrated here based upon where people live — places like Norcross, Duluth, Johns Creek and Suwanee. We have a very low cost of doing business, we have a very high quality of life, and we have an incredible talent pool thanks to our proximity to institutions like Emory, Georgia Tech and Gwinnett Tech."

Success stories often come from unusual sources too. "CCP Games has been a home run for us," Masino says. "There is not a close second. It is a company out of Iceland. They were writing comic books and they wanted to base a video game on what White Wolf was publishing. They have since hired over 100 programmers to work here, and they are getting ready to launch a new game."

Masino says companies like CCP are hiring young people with two-year degrees and paying them $60,000 to $80,000 a year to design games.

The firm launched its new game, Global Agenda, on Feb. 1. The multi-player online game runs on a PC platform and is designed to reach a new target demographic: women who play online games.

"At least 20 percent of our work force is female, and the lead protagonist in our game is a woman," says Harris. "We have relocated people from the West Coast to work here, and they were very happy to come here. We have a very attractive cost of living, so this was an attractive value proposition to them. They can even buy a nice house here."

Harris says the industry will explode once the larger digital entertainment media companies make the switch to broadband delivery of their media offerings. "We definitely see entertainment as a service, and there is a huge shift going on as broadband access becomes ubiquitous," he adds. "We are changing from packaged games to streaming bits, and Georgia is well positioned with its edge in back-end programming talent already based here."

TransGaming's Lewin agrees. "The growth of game consumption in the U.S. is [shaped] like a huge hockey stick," he says. "This is a huge career opportunity for kids. There are real jobs out there, and we are all hiring." 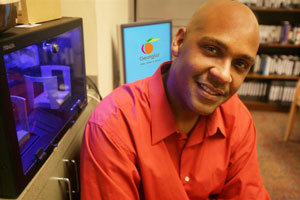 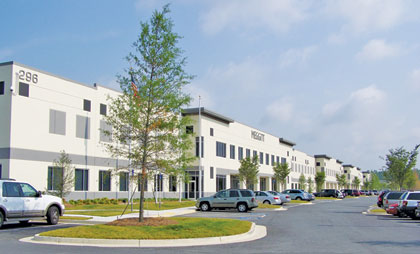