What's In a Name?

University of Phoenix Stadium, home of the Arizona Cardinals NFL franchise, is one of many attractive amenities in Glendale, Ariz., which has officially arrived as part of the Phoenix-Mesa-Glendale MSA. The city also is among up-and-coming locations for headquarters.
image courtesy of the City of Glendale

As census designations for metro and micro areas change from year to year, some communities are left to deal with the aftermath.

hat's in a name? Everything, if you're a community vying for name recognition and valuable federal dollars.

Thanks to updated census numbers from the Office of Management and Budget, some U.S. communities were promoted while others were downgraded in December.

More than government grants could be at stake. In the quest to establish a brand identity, official metropolitan and micropolitan area designations could leave some cities seeing red.

According to OMB Bulletin No. 10-02 on Dec. 1, 2009, the "Update of Statistical Area Definitions and Guidance on Their Uses" resulted in the creation of two new micropolitan areas and changes to the titles of 16 metropolitan areas.

Micropolitans are small-town economies clustered around one or more cities of between 10,000 and 50,000 people. With the addition of Marble Falls, Texas, and Weatherford, Okla., the U.S. now has 576 officially recognized micro areas.

In North Port's case, the title change is especially significant. North Port goes from not even being part of the MSA name to being its most populous city and, therefore, first in its official name. The new name? North Port-Bradenton-Sarasota.

While such designation changes may seem rather arcane, they are not lost on people who study place branding and metro economies for a living.

Dr. William Fruth, founder of POLICOM.com and noted expert on metro economies, says that the upcoming 2010 Census will change these designations even more. "They will re-evaluate all of them," he says. "It will take a while to go through all the numbers, so don't expect to see any big changes until 2013."

So how do metro areas and micro areas get re-evaluated in the years between the decennial census counts? Fruth says that OMB bases its analysis on the American Community Survey, a study that is conducted every year to fill in the gaps in counting people living in American cities and counties.

"They created this methodology in 1999 and they don't change it very often," he says. "The designation of metro areas and micro areas is pretty much all based on commuter patterns. The biggest city is always listed first in any official title."

MSA name changes always spark interest, he adds. "For example," he notes, "Sebastian has passed Vero Beach as a principal city. Outside of Florida, who has even heard of Sebastian?"

Standing Out From the Bland

Fruth also thinks that some census methodology is flawed. "They do population estimates based on building permits and electrical hookups," he says. "In places like Cape Coral and Port St. Lucie, where many buildings were built but never occupied and where there have been lots of foreclosures, these numbers can be misleading."

Ed Burghard, who helps the state of Ohio refine its branding message while on leave from his chief product marketer post at Procter & Gamble, says that MSA designations typically have little impact on place branding, but they can help a relatively unknown town get noticed.

"In the case of North Port, it probably won't help them bring in more capital investment, but the official metro area designation could help them in their marketing if it dovetails with specific marketing efforts they are promoting," says Burghard.

The competition to stand out from the crowd is fierce. The U.S. has approximately 20,000 cities and 3,400 counties. Getting noticed isn't easy.

"Branding is all about organizing, differentiation and focus," said author Bill Baker in his 2007 book "Destination Branding for Small Cities." "If a city is not differentiated, it is bland — and bland places are often left to compete solely on price points."

That is why any edge is important. Consider Steubenville, Ohio. Last year at this time, it was part of a little-known MSA called Weirton-Steubenville, WV-OH. Thanks to the OMB's memo on Dec. 1, that area is now known as Steubenville-Weirton, OH-WV.

And Scottsdale, move over and take a seat. You have officially been replaced by Glendale as part of the Phoenix-Mesa-Glendale, AZ MSA.

At a time when virtually every city and county in America is scraping for better name recognition and more federal dollars, even the slightest change in OMB nomenclature can go a long way.

Some 45 federal programs designate funding to MSA-level communities. In fiscal year 2008, nearly $50 billion in federal money went to specific MSAs — or about 11 percent of the distributed federal funds.

According to a recent report from the Metropolitan Policy Program at Brookings Institution, "the accuracy of the 2010 Census will determine the geographic distribution of a substantial proportion of federal assistance, particularly in the form of grants, over the coming decade."

An accurate count means more than equitable funding for states and communities, however. Fair congressional apportionment, more intelligent public policy and a potentially stronger economy could all be impacted greatly by the census.

So whether you live in Marble Falls, North Port, Steubenville, Delano or any place in between, getting the census right is job No. 1.

Transportation improvements such as this seven-year-old interchange on I-75 have contributed to North Port\s surge to the front of its MSA\s official name: North Port-Bradenton-Sarasota. 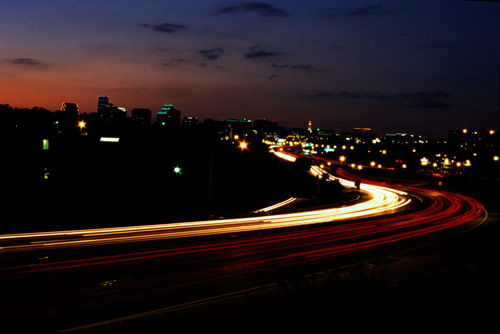