Why Somaliland Is Different

An autonomous region of Somalia is working to make itself a new capital investment destination.
It faces daunting challenges. 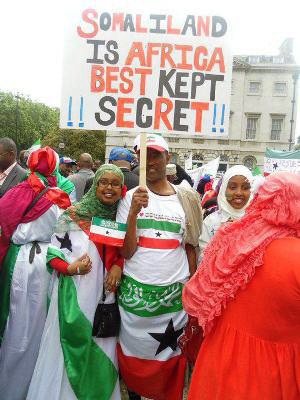 omaliland has a challenge: Many in the world do not know where it is. Many that do know associate it with marine piracy and lawlessness. And those who do not know where it is probably come from countries that do not recognize it. But with Coca-Cola opening a plant and the potential for a new Free Zone, the good times may be returning.

When in 1991 Somalia's central government collapsed, the area of Somaliland with its population of just under 4 million people decided to go it alone. It formed its own government and since then has been able to maintain stability, hold democratic elections and collect taxes within its territory.

But for the majority of foreign investors, it is still associated with such problems as piracy and radical Islam that beset Somalia. However, in its 21st year of self-rule, things appear to be changing.

Coca-Cola opened a $17-million bottling plant in Somaliland earlier this year. Located outside the Somaliland capital of Hargeysa, it was the biggest investment in the history of the autonomous region.

Somaliland has issues, including lack of a banking system, insurance and skilled labor. But there were enough positive indicators of economic opportunity for Coca-Cola's local partner, Somaliland Beverage Industries (SBI) to secure investor funding, says Moustapha Osman Guelleh, chief executive of SBI. Investors were impressed with the progress Somaliland had made as well as its peace and stability, he adds.

The decision to build a plant in the area may be a wider indication of foreign interest, says Alex Simm, research project manager at international consultancy, L S Opal. But in order to continue to move forward, Somaliland must reposition itself in the global media – similar to how Iraqi Kurdistan has asserted the relative stability of northern Iraq, says Simm.

Maybe Somaliland could follow California's lead in changing its image by turning its stereotype to its advantage, he adds. "If investors think of pirates when they think of Somaliland, play on it: 'Somaliland: Business deals so good, you'll feel like a pirate, too.' "

As it is, the lack of international recognition for the independent region has left Somaliland virtually unknown to investors outside its extensive diaspora, says Hajji Mohamed Hassan Awcali, a Somaliland businessman. Somaliland is desperate for the foreign investment that would kick-start its economy but will not get it until it shakes its association with greater Somalia and problems, such as piracy, that face the region, he adds.

Somaliland is working to address many of the problems Coca-Cola and SBI recognized as being detrimental to foreign investment. For example, because of Somaliland's unrecognized status, it is difficult and expensive for firms to get insurance on ships and planes visiting Somaliland territory, says Simon Jones, head of continuing African maritime and land-based business development at Triton International Ltd – a global maritime security and risk consultancy.

As an unrecognized state, insurers are reluctant to provide coverage for vessels or planes visiting Somaliland facilities, such as the port of Berbera. To counter this, the Somaliland government is looking at creating Free Trade Zones, says Jones. This would enable Somaliland to apply international law frameworks that could better meet the requirements of foreign insurers. Proper coverage would then mean that more international businesses would be willing to use the facilities to trade.

The establishment of a Free Trade Zone in Berbera is especially important to Somaliland because of the region's potential to be a transportation and export hub for all of Africa, Jones adds. Berbera is already one of land-locked Ethiopia's main access routes. Somaliland is also in competition with Djibouti as a potential provider of sea access for oil-rich South Sudan due to other nearby areas being unstable or not as conducive to trade, he says.

The Somaliland government is currently looking for a partner to work on the Free Trade Zone. As part of the deal, it is hoping to deepen the port and add more container cranes to speed unloading.

This would significantly increase Berbera's capacity of one million metric tons and cut the time required to unload a ship to around six hours, according to government-organization USAID. "I believe this will be possible, given the right partner and a healthy financial-risk appetite," says Jones.

This year, the Somaliland government also passed a law establishing a central bank for the first time. "It is difficult to operate without any banking facilities," says Hassan Awcali. "If I was buying something up the road I'd have to carry the cash with me, which is no good for any large business deal." However, the establishment of a banking sector will make business transactions within the state significantly easier, he adds.

The establishment of a banking sector will also provide opportunities for foreign companies. For example, Dahabshiil, a large African money-transfer company, is poised to become one of the first private banks in Somaliland, once it is granted an official license by the Somaliland government. The firm will be able to offer foreign and local businesses essential services such as insurance, letters of credit and interbank financial transfers, according to Abdirashid Duale, its chief executive. "Dahabshiil [has already] provided loans for start-up capital and has been involved in some very notable business and construction projects in the region," he says. Other firms that get a banking license will also find significant demand for similar services in Somaliland, adds Hassan Awcali.

Similar efforts can be seen in Somaliland's attempts to address the lack of a skilled work force. There is a significant lack of the vocational workers that would be required to support a manufacturing base, says Simm.

Zainab Haji, managing director of Galool, a U.K. firm specializing in Somali education, agrees that vocational training is essential for Somaliland's continued growth and that it is not currently being provided. Foreign firms have an opportunity to help the country, help themselves and potentially receive a return on investment by taking a role in vocational education.

Provision of education is something that is desperately needed but can only be provided through foreign companies or aid programs. However, there is a danger that too many players from too many countries could lead to a confusing array of different curriculums and certification schemes, she adds.

Somaliland's time in the wilderness may be coming to a close. The British government has announced it is opening a permanent office in Hargeysa.

As it currently stands, Somaliland represents a high-risk, high-reward opportunity for foreign investors, local businessmen say. As international cooperation increases and more foreign companies start to move in, the economic opportunities will continue to grow. Those who get in early may have the chance to be part of something both exciting and profitable. 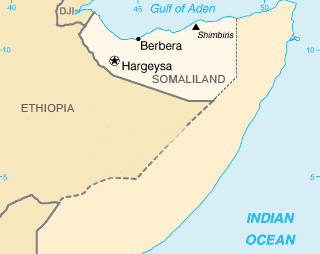 Somaliland's claim to independence is historically based. The northwest region of the coastal country of Somalia was originally a British protectorate before joining with the rest of Somalia formerly controlled by Italy to form a country in 1960. In 1991, it chose to break away after a protracted civil war.

However the territory, which forms the northern section of the Horn of Africa, has never been internationally recognized as independent. According to London-based policy institute Chatham House, African nations are reluctant to address the issue due to the implications recognition would have on claims to independence throughout the rest of the continent.

Somaliland covers 137,600 square kilometers and had a population of 3.85 million as of 2009, according to USAID. The majority of the population still makes its living as nomadic farmers, with only about 700,000 to 1.3 million people living in its largest city, and capital, Hargeysa. Although its traditional agricultural exports are falling, the region may be able to exploit extensive oil, gas and mineral deposits in the future. 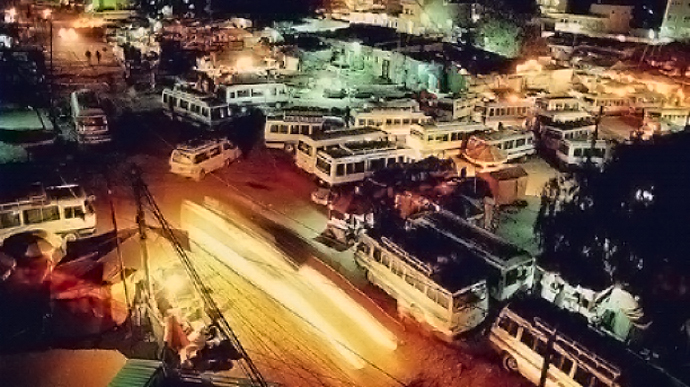