What Role for South Africa?

National optimism and heightened global investor
interest are reshaping this gateway to Africa. 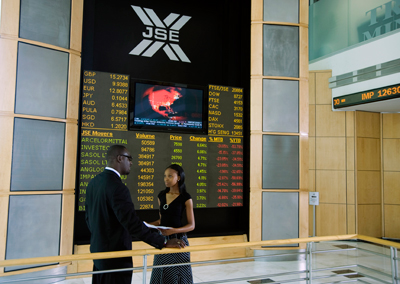 Inside the Johannesburg stock exchange

ince the end of apartheid, South Africa is a county that believes in the future, and increasingly, international business shares this optimism.

Against all the critics, it staged a successful FIFA World Cup in 2010, acing its debut in the global sports arena. But what does the future look like? Is it a gateway to the profits that Africa offers, or is it a market in its own right? Can it compete with the world’s top-tier cities and markets? Could Johannesburg become the ‘London of Africa’?

“Anything that could’ve been done in London can now be done in Johannesburg, closer to the action,” says John Battersby, UK country manager for Brand South Africa. “South Africa and Johannesburg can become the anchor for investment in sub-Saharan Africa.”

South Africa used to have the unofficial slogan ‘Gateway to Africa’ because it was the first stop for businesses looking to invest on the continent. However, with the meteoric rise of other areas of Africa, coupled with the growth in global communications, investors can go straight to where they see the greatest potential for growth. “South Africa now has a growth curve that looks more like a European country than an African one,” says Battersby. “Africa has six out of 12 of the fastest growing nations in the world, but South Africa is not one of them.”

So the country had to develop a new strategy for bringing in foreign investment. This is where the comparisons to London start to come in. Instead of being the first port of call for investors looking at Africa, South Africa is now the business hub. Business can invest directly across the continent and use South Africa’s steady economy and financial regulation as a safe place for related business deals.

South Africa has scored very highly on the World Economic Forum (WEF) Global Competitiveness Report’s banking system, regulatory system, stock market and corporate governance categories, says Battersby. The WEF ranked South Africa as best or second best in the world for categories such as: Strength of auditing and reporting standards, efficacy of corporate boards, protection of minority shareholders’ interests, soundness of banks, regulation of securities exchanges, legal rights and availability of financial services. Overall, for 2012-2013, the WEF has ranked South Africa 52 out of 144 countries, which makes it the best sub-Saharan nation and third-best in the BRICS (Brazil, Russia, India, China and South Africa) behind Brazil and China.

Due to its high rating in financial services, South Africa can act as the deal-hub for sub-Saharan Africa, Battersby adds. When investors are looking to do deals in other African countries, South Africa is the best-placed location for raising capital, securing investments and closing deals, he says. South Africa’s political and macro-economic stability, reputable financial sector and highly developed legal system are some of the assets that will carry it into the future, agrees Haydn Davies, partner in mergers and acquisitions at South African law firm, Webber Wentzel. This is further enhanced by international standards on issues such as patents, trademarks, competition, copyright and disputes as well as a wealth of knowledge about the region and continent, he adds.

But South Africa also offers opportunities for internal foreign direct investment as well as acting as investment centre for the rest of the sub-Saharan region. Four years ago, South Africa streamlined its corporate regulatory environment with the Companies Act. The aim of the act is to increase flexibility, efficiency, transparency and accountability for corporations in both regulation and operation, says Davies.

Infrastructure Projects for the Foreseeable Future 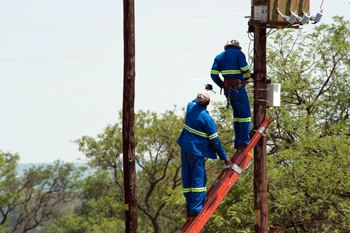 Companies will benefit from this legislation if they choose to take advantage of expected growth in certain sectors of the South African economy. For example, infrastructure development is expected to be one of the main areas that will drive South Africa forward over the next five to 15 years, says Battersby. There is currently a 1-trillion South African Rand (£71 billion or US$115 billion) infrastructure programme under way. Parts of it were completed for the football World Cup 2010, but much of it is still ongoing. These projects, particularly in areas such as telecommunications and power, will give businesses operating in South Africa a competitive boost. But they will also provide opportunities for foreign firms to come in and offer expertise in certain areas. For example, the government is actively looking for foreign companies with experience handling heavy rail, road, pipeline as well as nuclear and renewable electricity generation infrastructure projects, says Davies. Other projects include the upgrading of port facilities in order to maintain South Africa’s competitive edge.

Major upgrades will be required on the existing power network, as the future South Africa will be very power heavy, says Battersby. Renewable and nuclear forms of energy form the main components of South Africa’s new energy plan. For example, technology firm Siemens recently agreed a deal with the South African branch of Irish utility firm Mainstream Renewable Power to build two photovoltaic plants. The plants will have a total capacity of 100MW. (Since signing the deal, Siemens has announced its intended withdrawal from the solar- panel manufacturing market.)

They will be needed as more and more South Africans embrace modern technology. This change in society will have far-reaching effects on South Africa. For one, it has created opportunities in new sectors such as mobile banking and new methods of wireless communication. Chinese firms have been quick to spot the opportunity and are investing heavily in the South African telecommunications sector, says Battersby. 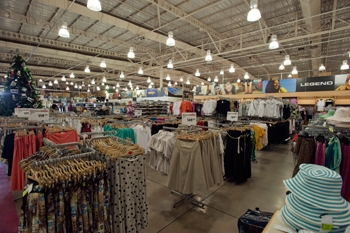 For another, it heralds a change of direction in the retail sector. According to a survey and report by consultancy McKinsey & Company, younger Africans have been influenced by the amount of information suddenly available to them. They have become much choosier shoppers that are brand-aware and more unwilling to sacrifice quality for price. This has led to opportunities in the retail sector that firms are already starting to fill. For example, Wal-Mart entered the South African market in 2010-2011 by purchasing 51 percent of Massmart Holdings Limited, one of South Africa’s biggest distributors, retailers and wholesalers, adds Davies.

But not every business is rushing to take advantage of South African opportunities. Concerns such as political stability and labour unrest have recently soured perceptions. Investors looking at short-term gains see the recent labour troubles and are scared away, says Battersby. But those looking for investments in the mid- to long-term can see opportunities. South Africa is a stable country with a reliable economy, he adds. “Recent labour unrest has negatively affected South Africa’s output and short -term investor sentiment. The on-going global financial distress and austerity in developed economies has had a larger impact on South African foreign direct investment,” says Davies.

The divisions within the African National Congress and problems in the government of President Jacob Zuma have caused further concern for foreign investors. However, both the political uncertainly and Zuma’s presidency are temporary. “We are now 18 years into a new democracy, and I think so far so good in terms of democracy taking root in this country,” says Battersby. “There are term limitations. In five years time, there will be another government, and we’ve already had two changes of government without the sky falling in. It’s a bumpy ride at times but it is worth it.”

Whatever happens with Zuma’s government, the stability of South African democracy is fairly secure. In the meantime, South Africa will continue to work to secure its status as the number one investment destination in Africa.

As of the last listing (2011-2012), Morocco had knocked South Africa off the top spot in the Financial Time’s Foreign Direct Investment Intelligence African rankings. But after a record year, attracting more than 150 projects for the first time in its history – according to FDII, it is clear that South Africa is well on its way to taking back the top spot both as a financial centre for the continent and a destination for foreign investment in its own right.