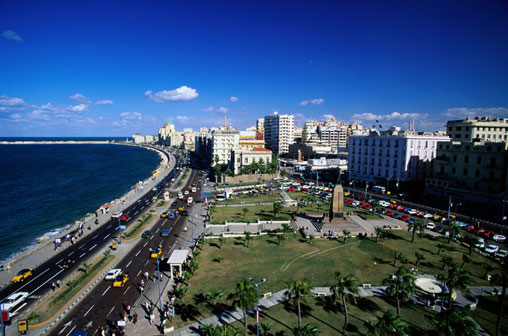 t’s a time of great hope and great uncertainty in Egypt. Hope springs from the broadly successful arrival of democratic politics delivering a credible result in the presidential elections held at the end of May. President-elect Mohamed Morsi has called for unity after winning 51.7% of the vote. The next few months may see renewed tension between the President’s Muslim Brotherhood, the Army, which has decades of political, military and economic power under its command and the countless thousands of “Arab Spring” democrats whose protests brought down Hosni Mubarak, amid events that sparked protest in many Arab lands.

A period of political stability is crucial for Egypt. It needs to get its economy moving if it is to give hope to 3.1 million people out of work (12.1%). Unemployment is particularly high among the young and educated. 52% have a technical or vocational qualification and 29% have a degree or similar level qualification. These are smart people and the bedrock of Egypt's political, economic and social future. Given the right conditions they are the entrepreneurs, managers and skilled workers who can modernise Egypt's economy, create new ventures, revitalise tired brands, expand the country's export markets, bring new life to its tourism and leisure infrastructure and tap into the big market opportunities in telecommunications, financial services, oil and gas, agriculture and horticulture and transport.

With 80 million people, a high percentage of young people, a mixed economy ranging from gas and oil production, manufacture, agriculture and services, a top tier of highly educated graduates, a centuries old tradition of trading export and import, some of the most fertile land in the region, the great asset of the Suez Canal and a location that makes it one of the most economically, politically and militarily important gateways of the world, all mean that Egypt has enormous future potential.

If Egypt can find the stability that helps give local capital confidence and can extend a genuine welcome to mobile international capital then the whole country could become a model for new economic progress in the Middle East and Africa. If it wants inward investment – and that's yet to be established – it will need to do all the basics well. That means making it easy for potential investors to find the right premises, people, support services and good homes and schools for expatriate executives. It means flexible labour laws, easily understood legal and tax systems, incentives to attract and keep business and, above all, a national economic development strategy that makes clear the benefits for Egyptian society and for inward investors.

All of that is a big job in itself and political consensus will be vital. If it can secure a consensus it will then have to build the necessary structures to attract mobile capital and have a compelling communications strategy and programme that will get the attention of the world and convince sceptical, nervous and under-informed investors that Egypt makes commercial sense, is place to make money and a place capable of delivering sustained economic progress.

This is Egypt's "Yes we can" moment. If it is to prosper it has to find a way of accommodating the great variety of views in the country about politics, religion and economics. If it can find the centre ground – perhaps learning something from the way Turkey has build an advanced economy with democratic structures whilst remaining Islamic – it will attract capital and lay the foundations for lasting success. It will not be easy. There will be set backs and dark days, but if the aim is clear and people believe that the benefits will be spread with a reasonable degree of equity then Egypt could fly.

Egypt is simply a great country. Now it can be a great economy. I wish it well.