Look Before You Leap

‘Emiratisation’ is just one experiment in empowering locals to join the work force. Can your operation compete with public-sector work opportunities? 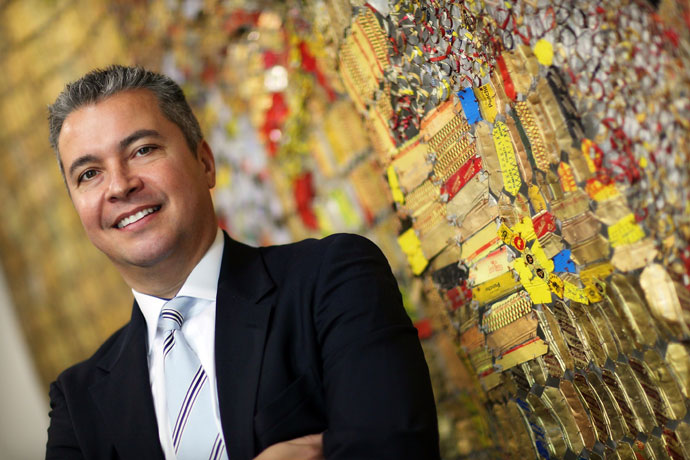 s social engineering good for business? Across the world's markets, "economic empowerment" initiatives are emerging to help disenfranchised locals in the community contribute. Each market is different, but any business looking to establish in one of these markets needs to understand the impact on their business.

In the United Arab Emirates, this is "Emiratisation," and other markets in the region have similar mechanisms. They are designed to bring the local nationals – mostly a well-funded minority – into the work force.

The differences across each market lie in the detail – specific sector quotas, reserved roles, the duty to advertise roles to nationals prior to recruiting a foreigner – and how strictly the rules are enforced. A decade after policies were introduced in the UAE to employ more locals in the private sector, there's still no unanimous verdict.

As a concept, it raises numerous issues: of expectation, cultural compatibility and education to name but three. In theory, employing more among the UAE's predominantly young native work force (over 70 percent under the age of 30) in private enterprise should contribute to the Emirates' social and economic wellbeing.

However, Emiratisation remains a work in progress.  Last year members of the Emirates Competitiveness Council (ECC) conceded that the policy was hindering competitiveness even if it was yielding social benefits. But by June this year, the economic commentators of Gulf News were lauding government plans for expanding Emiratisation to sectors beyond banking and finance.

First there's the longstanding problem of UAE citizens preferring well-paid government employment, against which private companies can struggle to compete unless they're willing to inflate their wage bill. It's not only a question of money – there's also the disincentive of longer hours in the private sector.

And how serious is the UAE about making this work? "Enforcement is somewhat weak," says Sara Khoja, a partner with commercial lawyers Clyde and Co. The UAE's Ministry of Labour has powers to block a work permit and residency visa application from any private-sector employer if unemployed registered nationals can fill the job instead. "But in practice this rarely occurs," Khoja adds.

Other bodies do take a firmer line. The UAE has sector-specific quotas for employment of nationals: retail (2 percent), banking (4 percent) and insurance (5 percent). "These  are enforced by the licensing authority for the specific sector," says Khoja. "For example, the Insurance Authority has increasingly over the past year refused to renew a businesses commercial licence until the employer can show it's met the Emiratisation quota."

The roles of HR manager, secretary and compliance officer are reserved for UAE nationals – the latter at the behest of the Insurance Authority. Yet competition for skilled Emiratis often can be intense in sectors where there's a dearth of suitably qualified graduates. Accountants, engineers and legal professionals have often proved hard to come by.

This raises another, broader challenge: for the UAE's educational institutions to produce better skilled people. Khoja speaks of "shortfalls in the education system…designed to produce candidates suitable for careers in the public sector such as social science graduates. There's a significant absence in vocational training," she adds.

Last September, the Emirates government approved a 10-point education plan. It's due to run until 2020. Part of this includes annual training programs aimed at reducing unemployment and getting more Emiratis into the private sector. Elements include "improving" the school environment – closing the gap between private and public education; improving the teaching profession and developing technical systems for schools and education zones.

Where this will lead remains to be seen. Meanwhile the legal requirement to reserve at least 15 percent of jobs for UAE nationals across all private industry has led some companies to create non-jobs. The government takes a dim view – anyone who gets caught out risks being fined and saddled with additional punitive rates on labour cards.

The Importance of Local Expertise

Such is the world awaiting would-be inward investors. But how clued up are they? "The question of Emiratisation comes up frequently for the new businesses we're helping to set up," says John Martin St Valery, CEO of Links Group, specialists in on-shore company formation who have operated in Dubai since 2002. "Ideally, one should focus on building sound working relationships with the local government agencies and Emirati organisations. Almost without exception, foreign companies require some Emirati involvement in their business by way of local partner or labour and immigration services."

The need for legal advice and other professional guidance is, he says, essential. "But Emiratisation shouldn't be viewed as a barrier to business – on the contrary, it should be utilised as an asset – what better way to integrate locally than by employing local staff? There's a high percentage of people in the 25- to 35-year-old age bracket, individuals who should be at their most productive. If you want to maximise your commercial potential, it makes sense to have local employees."

But at what price – and might any financial implications prove a deal-breaker?  "In the Emirates, a local employee is subject to certain mandatory 'social security' payments such as pension provision," says St Valery. "This needs to be calculated – it can amount to a provision of approximately 10 percent of payroll for the local employees."

Private companies should also note the UAE's legislation regulating the dismissal of nationals within their work force. Employers must inform the Ministry of Labour before issuing notice of termination. The Ministry will then decide whether to back the decision, recommend further training or redeployment.

As Khoja points out, Emiratisation can sometimes trigger disharmony. "Employees who are nationals will often react to management decisions by saying that they are nationals and therefore cannot be disciplined or dismissed."

Khoja says quotas alone will not create an appetite to work in the private sector. But Martin St Valery contests the "widely held view" that local Emiratis prefer an easier life in the public sector. "The younger, highly educated generation are keen to gain valuable private-sector experience," he says. "Enthusiasm is definitely growing."

Companies Need To Be Proactive

The future for ambitious companies is not only to abide by the rules but to take initiatives, says Khoja. "This means putting in place vocational training, attending careers fairs and working with universities and schools to recruit and train potential graduates and young entrants at an early stage.

"Educating and producing a work force which meets private-sector expectations will take many years. It will probably be two generations before an employer is able to source its work force mainly from a local national pool of candidates. Employers should increasingly see this as a matter of corporate social responsibility."

These initiatives are not unique to the Gulf region. On the other end of the scale, in markets such as South Africa, they have Broad Based Black Economic Empowerment designed to bring the poor and disenfranchised majority into the work force and out of poverty. These initiatives are designed to create long-term stability and increased internal harmony in the market – which can only be good for business. But for those looking to establish their operations, it is something that needs to be considered before getting on the plane.