The Case for Changzhou

U.S. manufacturing executives explain why China in general and Changzhou in particular is the right location for meeting shareholder-growth expectations. 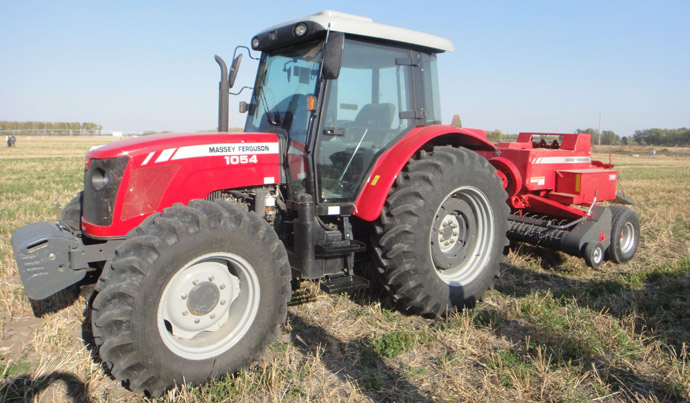 Agricultural equipment manufacturer AGCO is investing US$300 million in a new facility in Changzhou, China, where it will make tractors, such as the one shown here, as well as engines and drive lines.
by MARK AREND
T

wo Atlanta-based companies are making the case that not all new investment in China is heading to the hinterlands, where many believe more advantageous labor rates can be found relative to coastal sites. An eastern China location still delivers the labor availability and logistics edge they require as the country's huge domestic market takes on a more central role in these companies' growth strategies.

Executives from Novelis Inc., the leading producer of aluminum rolled products, and AGCO, a global manufacturer and distributor of agricultural equipment, explained their companies' recently announced manufacturing projects in Changzhou, just west of Shanghai, on May 22nd in Atlanta at "Changzhou Meets Atlanta: A Seminar on Bilateral Trade & Investment," organized by the Georgia China Alliance, the U.S.-China Chamber of Commerce, World Trade Center Atlanta and the Metro Atlanta Chamber. Several hundred attended the Atlanta event; a similar program took place May 24th in Chicago.

But the Novelis and AGCO executives made the most compelling case for investing in Changzhou, as both companies are embarking on new facilities there that represent hundreds of millions of dollars in investment and will play crucial roles in both companies' global growth strategies.

Novelis signed an agreement April 10th with the Changzhou National Hi-Tech District (CND) to build the company's first automotive sheet manufacturing facility in China. (For more on CND, see the Investment Profile in Site Selection's November 2011 issue.) The agreement includes land use rights to more than 160 acres (65 hectares). The wholly owned, US$100-million plant will have a capacity of 120,000 metric tons per year and is expected to be commissioned for operation in late 2014.

Novelis expects demand for aluminum in the global automotive sector to grow at a compound annual rate of 25 percent over the next five years as auto manufacturers look for ways to make their vehicles more fuel efficient. The move into China will position Novelis as the only aluminum sheet supplier capable of serving automotive customers in all major markets of the world. Novelis is the leader in automotive sheet supply in Europe, where light-weight aluminum has become a popular alternative to steel for vehicle makers. And, as previously announced, to meet growing demand in North America the company is expanding its footprint there with a $200-million project to increase automotive sheet capacity by 200,000 tons per year.

"We have been selling into China for many, many years with many products, but this is the first time we have established manufacturing operations in China," noted John Gardner, Novelis vice president and chief sustainability officer, at the Atlanta seminar. The CND location will afford the facility close proximity to the deep-water port on the Yangtze River from which it will deliver aluminum planks to automotive facilities elsewhere in China and worldwide. Initial production will employ about 100, with more workers envisioned as production ramps up.

Why did Changzhou get the nod from a list of 16 cities that were under serious consideration, according to Gardner?

"The city is in a great location in the hub of automobile manufacturing in China," he explained. "But we primarily are investing in Changhzou because of the people, the pool of labor, which is very important, and we were very impressed with the science and technical education resources that are available in the region.

"We are very excited about the people we will be working with from the city," he added, referring to the speed with which officials have expedited the project thus far.

Much of Novelis' corporate strategy is linked to sustainability, which is of increasing importance to China, where the company will accelerate its efforts to use recycled aluminum. In 2011, says Gardner, in his chief sustainability officer role, the company committed to increasing its use of recycled aluminum in its finished product from 33 percent to 80 percent by 2020. "By doing so, we will be able to eliminate around 10 million tons of greenhouse gas emissions. Sustainability and recycling are two topics we share a passionate interest in with our partners in Changzhou. We are very happy to be investing in Changzhou and are confident in achieving success in our collaboration with the city, and we look forward to future growth there."

Similarly, AGCO required a China project to meet increasing demand for highly efficient agricultural equipment and a location from which to export to other Asian markets. A Changzhou location puts AGCO's new facility in the heart of China's equipment manufacturing cluster, complete with suppliers and heavy equipment logistics providers. AGCO has annual sales of $9 billion and does business in 140 countries.

"We have a great opportunity now to expand our business, particularly the manufacturing side of our business, in Changzhou," said Gary Collar, AGCO's senior vice president and general manager, Asia-Pacific region. Much of the company's future growth will be in developing markets globally, he explained.

"We are bigger in our global markets than we are here in North America," said Collar. "The largest, single key to our growth that our shareholders are expecting is growth into the domestic Chinese market, to drive domestic production and to satisfy the growing need for agricultural equipment there, and secondly to develop a home for exports, not just a few tractors, but 30,000 per year going out of our new home in Changzhou to markets around the world."

It's clear why an agricultural equipment manufacturer would see plenty of growth potential in China," Collar pointed out. "Agriculture is key to development of the Chinese social system and of their economy going forward. As China looks at some of the opportunities it has to drive forward, feeding its people is one of the things it has got to do right. Infrastructure development in China on the agricultural side of their markets is faster than anywhere in the world. AGCO is excited to be part of that developing market structure."

"The agricultural industry makes up 10 percent of China's GDP," he continued, "but it employs 38 percent of all employment in China. This is huge opportunity for developing both the agricultural sector of their economy, but also the way China will stay competitive in manufacturing as they look to bigger farms and to releasing some of that employment to other sectors. China's trend is to go to higher efficiency production and agricultural machinery as they develop their arable land. AGCO will be right in the middle of that development going forward."

AGCO already operates five sites in China, including its new Asia-Pacific regional headquarters in Beijing. Collar said the Duluth, Ga.-based company will invest more than $500 million in China, the majority of which – about $300 million – will go to the new operation in Changzhou.

"All of our sites in China represent good opportunities for us, but we don't see any better opportunity for growth than in Changzhou," he noted, citing five factors: (1) its central location on the Yangtze River Delta with proximity to farming regions and to seaports; (2) a developed supplier base accustomed to making the components AGCO requires; (3) a heavy machinery manufacturing cluster engaged in construction and farm equipment machinery "with suppliers ready to support us as we grow with world class quality in components we can ship around the world to other AGCO facilities"; (4) a trained work force Collar says you cannot find everywhere in China – skilled trades, welding trades, technicians and engineers are all in place in Changzhou that will help the company build one of its largest manufacturing facilities in the world; and (5) "excellent support from all the members of the city of Changzhou and developmental associations, everything that has been done to make us feel at home. We have been made to feel that we made the right decision, like we are part of the community."

Ground broke at the site in September 2011, construction gets under way in June 2012, and production commences in the second quarter of 2013. "This is the largest investment we have made outside our traditional environments and probably the most important investment we have made in the history of AGCO as we drive ourselves into the domestic China marketplace. If you haven't seen China, you need to get there," Collar told the Atlanta seminar audience. "If you are not operating in China yet, you need to. And as you are looking at places for manufacturing, whether in petrochemicals, biotechnology or heavy manufacturing as we do, you had better be in Changzhou."