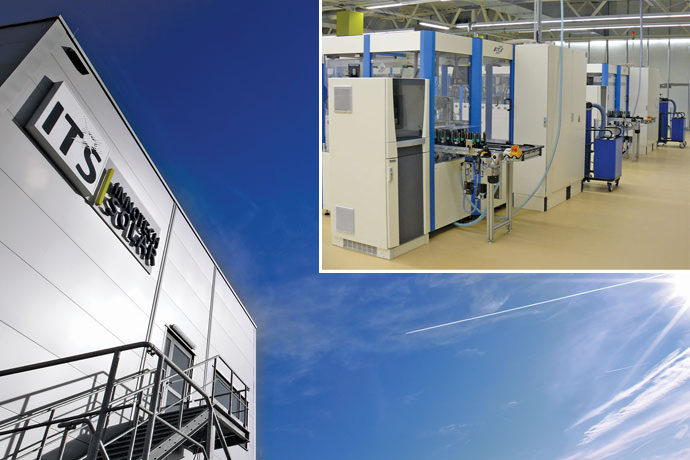 Innotech Solar AS, based in Norway, scouted more than 50 sites in Germany before selecting Halle in Saxony-Anhalt for a new solar cell plant.
by RON STARNER
I 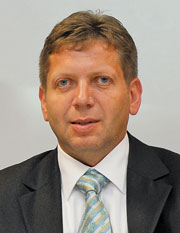 n a country where the skill set required to perform precision manufacturing is often passed down from generation to generation, Torsten Brumme knows the exact kind of work force needed to keep his company competitive and profitable.

"We are a precision company for heavy parts, and our history is in making special machine tools," says Brumme, managing director of Schiess GmbH in Aschersleben in Saxony-Anhalt, Germany. "That is why we are based here."

"We are a premium large machinery manufacturer that was founded more than 150 years ago," he says. "Parts weighing 450 metric tons can be moved here. We can move those parts and machine them up to two microns. That is very accurate positioning — like a Swiss watch maker. This skill has been passed on from one generation to the other. That is why we employ 370 workers in Saxony-Anhalt. The workers here have the skills we need to compete in the global marketplace."

Schiess recently joined forces with Chinese parent SYMG to produce high-value machinery that meets German quality standards. The first new product line to stem from this collaboration is a new generation of machinery for the mid-range machining center market — or what Schiess calls "premium machinery at a reasonable price."

"This type of international partnership is a logical result of globalization," says Brumme. "Each product that our collaboration creates is a result of the complementary strengths of our two locations: low-cost manufacturing capacity in Shenyang, and the in-depth experience of our German engineers in Aschersleben."

Brumme tells Site Selection that the joint venture with SYMG will result in additional capital investment into the Schiess plant in Saxony-Anhalt. "The finished product will be engineered and qualified in Germany," he says. "We will hire more workers in Germany over the long term, especially for engineering and other high-skilled jobs."

Brumme says Schiess especially likes the local work force in Saxony-Anhalt. "Magdeburg has a very strong technical university," he says. "Nearby are some additional technical schools. We have a good opportunity to get some young people, and we are also setting up a partnership with the Fraunhofer Institute."

Government support helps too, he notes. "The institutes and universities get support from the state, and we also received some loan guarantees from the state. We have excellent institutes and ministries in Saxony-Anhalt. They are very professional and supportive of our company and our industry. They are very efficient if you have to set up a new manufacturing hall. They give a very quick response," Brumme says.

For shipping, the region's transportation network is a big advantage, Brumme adds. "We ship a lot of large, heavy parts," he says. "We have excellent interstate highways and the Elbe River. We have excellent east-west and north-south autobahn highways that are very fast. We are less than two hours from Berlin, three hours from Frankfurt and 500 kilometers from Munich."

Location advantages like these have drawn the attention of international investors too. Since 2000, international firms have invested more than $6.5 billion in Saxony-Anhalt, making the state the top destination for foreign direct investment in eastern Germany.

One of those investors is the Norwegian company Innotech Solar AS, which has established a 20-million-euro solar cell plant in the Halle-Saalkreis industrial real estate area near the A14 motorway.

Upon full production, the total investment will rise to 45 million euros and about 100 jobs will be created, according to the company.

"We saw that in order to expand our solar cell business, it was not likely that we could establish this new operation in Norway," says Tommy Stromberg, chief operating officer and executive vice president of Innotech Solar. "We looked at where we wanted to expand this opportunity. We needed to find the right people to help us build this industry very fast. We decided to go to Germany."

The company's requirements were precise, and its search was exhaustive. "We needed grants and loans and helpful people in authority," Stromberg says. "We wanted it to be a place where people wanted to be. It had to be close to a major airport and major universities. We had already started to get supply from major German cell factories, and Germany Trade & Invest gave us some information. Most importantly, I wanted to meet with someone from the state governments. This was the key test on the likelihood for our success in that region. I wanted to get energy from someone other than myself for this project."

The search took Stromberg to more than 50 sites across Germany. "I toured expensive areas and I toured dumps," he recalls. "I met with government officials in Saxony-Anhalt, Thuringia, Saxony and other areas. The first day that I was in Saxony-Anhalt, I met the state secretary and I got the letter of intent prepared. They communicated to me that they had the power to help me. We got what we wanted on the first contact with Saxony-Anhalt."

Innotech Solar narrowed its search down to 23 sites and then reduced that list to 12, notes Stromberg. "We met with a builder and a consulting group, and from that, we decided in December of 2010 to build a factory in Halle," he says. "The building was up by the summer of 2011."

About 80 employees work in the 6,350-square-meter new plant. The clean room inside the facility covers about 2,000 square meters, according to Stromberg.

"We are upgrading solar cells that come into this plant," he says. "We make them more efficient. About 100 megawatts of solar cells is the capacity there right now."

Stromberg adds that "incentives were helpful. We received a grant from the state for 50 percent of our total investment. But it was not just the money that made this deal possible; it was the energy of the people to do things for us."

The first building block of that facility was laid one year later.

Twenty years later, Bayer continues to grow in Saxony-Anhalt. More than 50 billion Bayer Aspirin tablets have been manufactured to date at the plant, and three years ago Bayer added Aleve to its production line.

"When Bayer AG decided to build a new factory in accordance with the most modern standards a year after German reunification, the company initiated the regeneration of the chemical industry in the federal state," said Prof. Dr. Birgitta Wolff, minister of science and economic affairs of Saxony-Anhalt. "The investment had such a major profile that many other companies also settled here. Today, the chemical industry is a real growth driver of the economy in Saxony-Anhalt, and Bitterfeld has long since been a prime example of an efficient chemistry location."

In 2010, Bayer invested an additional 25 million euros into its industrial park in Bitterfeld, incorporating new technology for the manufacturing of Bayer Aspirin.

Bayer renovated its production and service areas and modernized its automatic conveying systems and packing machines. An outdated production control system also was replaced with a state-of-the-art system.

"Bayer has been very happy as an investor in Saxony-Anhalt," says Ute Walther, spokesman for the company. "We have found a good site and were greeted by the local authorities, who supported us very well in building the plant. Saxony-Anhalt is a good place for investors."

For more information, contact: Kristin Gabor, regional manager for North America of IMG at +49 391 568 99 22 or by email at kristin.gabor@img-sachsen-anhalt.de. On the Web, go to www.invest-in-saxony-anhalt.com. This investment profile was prepared under the auspices of IMG, the Investment and Marketing Corporation of Saxony-Anhalt. 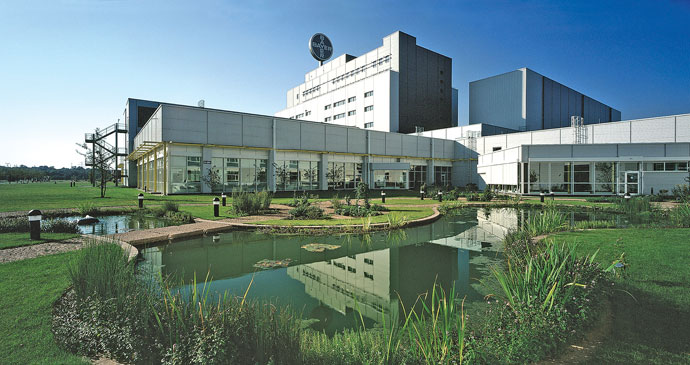