Qatar Prepares for its Close-up

Preparations for the World Cup in 2022 and billions of dollars in new infrastructure investment will help capture the attention of new capital investors in this booming Arab state. 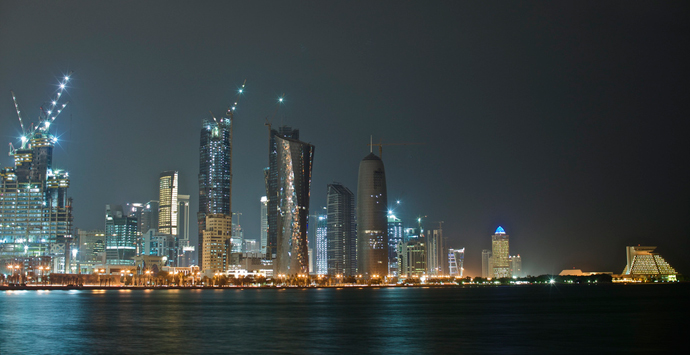 Doha at night
Photo courtesty of aG
by ROB DENMAN
A 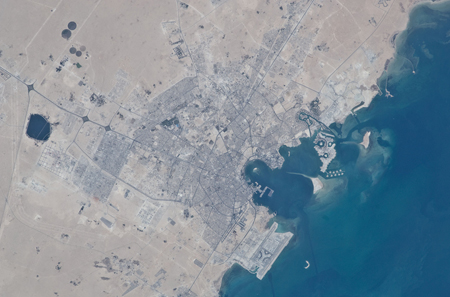 sk someone if they should invest in Qatar more than five years ago, and they would not be able to place it on a map or give you one interesting fact. Now things have changed.

The country won the right to host the Fédération Internationale de Football Association (FIFA) World Cup in 2022. It has also actively engaged in international conflicts in Libya and has been increasingly outspoken on regional and global issues. Add to this the world’s largest natural gas reserves, plans for new ports, new airports and ambitious development plans across the country, and it’s time to take a closer look, say observers of the state’s investment potential.

In preparing for the World Cup, Qatar will invest an estimated US$60 billion on improving its basic infrastructure, according to numbers from company formation specialist, The Links Group.  On top of that, the country plans to spend billions of dollars constructing new air, sea and rail facilities.

These projects form part of Qatar’s larger growth plan, Qatar: Vision 2030, that includes social, environmental, economic and educational goals. In order to meet all its goals, Qatar will need help from international firms, presenting investment opportunities. And foreign investors are increasingly interested in Qatar because in a time of economic uncertainty, its economy continues to grow, says former American Ambassador to Qatar and current president of the US-Qatar Business Council (USQBC), Patrick N. Theros.

Continued economic growth and interest driven by the World Cup has already generated investment for projects in sectors such as oil and gas, technology, infrastructure, construction, hospitality and healthcare – with more to come, he adds. In particular, education and infrastructure are consistently mentioned by experts as being prime areas for foreign firms to invest.

By the time it hosts the World Cup, Qatar wants to have become the established leader in the region for educational services. It will continue to focus on the sector after the event too, as it forms one of the main pillars of its Vision 2030. This means that there will continue to be opportunities for Western firms to supply services far into the future, says Wayne Merrick, general manager of the Qatari branch of The Links Group.

Meanwhile, the numerous extensive infrastructure projects Qatar is undertaking for the World Cup and as part of Vision 2030 also provide investment opportunities to foreign companies – particularly those in Asia. For example, the China Harbour Engineering Company (CHEC) has already secured the contract for the first part of Qatar’s major port facility expansion that is expected to be finished in early 2016.

Around US$7.4 billion is being spent to construct a new commercial port, a new naval base and a marine canal to a major commercial zone – collectively known as the New Port Project (NPP), Merrick says. The CHEC contract is for the first phase of construction, including digging a basin and building a series of quays. Further contracts are on offer for parts of the dredging, reclamation and outer breakwater construction work on the port and its approach channel, he adds.

The NPP will be integrated with the rest of the country by another major infrastructure project. Qatar will spend $37 billion on upgrading existing railways to create an integrated freight and passenger system that links the country and the surrounding Gulf Cooperation Council (GCC) region, which includes Bahrain, Kuwait, Oman, Qatar, Saudi Arabia and the United Arab Emirates. Contracts for the first phase of this project have already been awarded, with more to come. When completed, it will also help to increase the economic might of Qatar, says Matt Mansfield, chief executive officer for the Qatari Australian Adminstrative Organisation, a business consultancy. “Having seen rail work well in Europe, we think this project will change the face of travel in the region,” he explains.

Also connected through the rail network will be Qatar’s other major infrastructure project, the New Doha International Airport. When it is completed, slightly behind schedule in early 2013, it will enable Qatar to take advantage of its position as a prime stopover location and gateway between the East and West, says Theros.

In order to do so, Qatar will have to improve its current system. Currently it is cheaper for many businessmen to fly through Qatar rather than take a flight that ends there, says Mansfield. But Qatar is working in multiple sectors to increase its viability as a destination. This includes promotions, increasing tourist attractions and constructing conference and exhibition centers, he adds.

Currently, however, Qatar is not known as a destination, whether for tourism, business or investment. Its lesser reputation coupled with its policy of taxing income on corporate profits makes it a second choice to the UAE for firms looking to establish general hubs in the region, says Jason Majid, Qatar partner at international commercial law firm, Clyde & Co.

However, most businesses looking to invest overseas are not simply setting up regional hubs; they are moving in to take advantage of a specific opportunity or gap in the market they spotted, he adds. “You don’t get up one day and say you’re going to do business in a new area. You do the research and see an opportunity, so if you’re looking to invest in Qatar it’s because there’s a chance to make money.”

Nevertheless, for a business that does see the money to be made, the process of setting up in Qatar can still seem daunting. Some firms have been put off by Qatar’s requirement that any enterprise involving a foreign business be at least 51 percent Qatari owned. However, experts agree that this fear is overblown, and a Qatari partner can actually be a key asset to a business, especially one investing in the Gulf for the first time.

A local partner, if carefully selected, will be familiar with the way business is conducted in Qatar. They will have a network of contacts and will be able to help the partnership with forming the initial business plan and establishing a successful venture in Qatar, says Theros. For example, the local partner should be able to help with problems such as local travel restrictions and problems in recruitment, agrees Majid.

Majority Qatari ownership is not required for all foreign businesses. Those in sectors where foreign investment is considered essential to meet growth targets can occasionally get exemptions. For the rest, due diligence is essential. Finding a Qatari partner that can be an asset to a business is the same as any other business decision, says Majid. “One, do your homework and two, do your homework.”

As the 2022 World Cup approaches, it is the businesses that do their homework that will make the most of the investment opportunities Qatar presents. But Qatar is already thinking well beyond its moment in the spotlight, says Mansfield. “If Qatar doesn’t plan for post 2022, all the advances made for the World Cup will be lost,” he says. The ambitions Qatar set out in its Vision 2030 plan are its long-term goals, and there are more opportunities to be made for firms that look there.

Rob Denman is Editor in Chief and CEO of London-based Pathfinder Business. Email Rob at rob.denman@pathfinderbusiness.com.