The Americas IT Forum in Guatemala
proves that technological innovation is attainable at all levels. 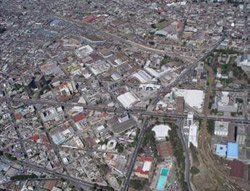 Middle of the Concrete Jungle: The Guatemala City Technology District is dead center in the middle of the city. Inter-urban technology initiatives are evolving faster than IT parks built from scratch in the outskirts of town, albeit at a vastly different scale and scope.

he most recent edition of the Americas IT Forum took place in Guatemala, bringing together thought leaders and innovators from different fields and countries across North and South America. The discussion ranged from technological issues and marketing trends affecting business on all levels to innovation and technology-led economic development. A novel concept in intertwined topics and in blending together people from different backgrounds, the Forum proved to work.

Perhaps it was the combination of both microeconomic and macroeconomic themes, and an injection of entrepreneurial energy that set the tone during those two days. This was also the first time that the Forum opened up participation for startups in addition to its traditional focus on larger organizations. These things made the conversation focus on international expansion of business, and how established companies as well as young startups can benefit from global markets.

The main take-away for enterprises: Apply the new rules for international expansion the same way you apply the rules for launching a tech startup. 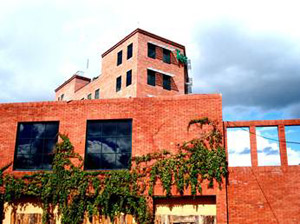 Campus TEC: Phase I of the Campus TEC turned two years old this year. A significantly larger mixed-use project will begin construction in early 2013 for Phase II (and a projected future Phase III). 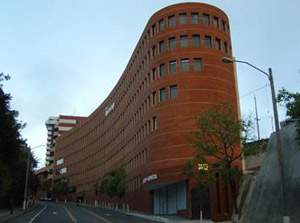 Labor Force Development: Across the street from the TEC is the INTECAP IT Training center, a JV between the government, private sector and Korea's KOICA agency. More than 5,000 students can be trained at this new facility.

The main take-away for corporate real estate and economic development professionals: Treat projects with the rules of a tech startup, and reap benefits around the same time frame — usually a few years instead of a few decades.

Guatemala as a location proved once again that size doesn't matter. Even the smallest countries in the region present solid cases for high-tech investment and innovation. Mark Arend, Editor-in-Chief of Site Selection magazine, presented a session on whether Latin America could create competitive technology centers. In quoting the firm 2thinknow's executive director Christopher Hire, he mentioned how inner-city-driven economic development projects can have successful results within two to five years.

This resonated well with Latin America, a region that clearly lagged behind in the past in terms of investing strongly in IT parks and R&D centers when compared to North American, European and especially Asian counterparts, but that today stands a good chance of spawning an entirely new and fast-paced form of economic development using city innovation.

Not far from the conference venue, and part of the same region, you have the example of Costa Rica, which has become home to one of Intel's main global manufacturing facilities. Another country that is home to a strong Intel presence is Vietnam, with 88 million people, as compared to the 4 million who live in Costa Rica. In fact, the six Central American nations and the two dozen plus Caribbean island-nations have a combined population less than that of Vietnam.

But the big difference is that Latin America has the highest rate of urbanization in the world. A third of the populations of Mexico and Guatemala live in their nations' capital cities. An astounding 84 percent of Brazilians live in urban areas and cities.

Phase II will be a mixed-use urban demonstration project, with office tower, logistical warehousing and residential buildings all combined. The most interesting aspect of this is how they will make this project a reality right in the middle of the city. The new TEC will aim to house not only local tech companies and startups, but also be home to new multinational entrants taking advantage of the growing technology sector in this country. The project will act as a soft landing pad for larger firms who wish to establish a presence in the city before graduating to independent locations within the city, or in other parts of the country.

Improving Quality of Life: The City of Guatemala is improving public transportation and access to the area, making it more appealing to live and work inside the city.