The Case for Macedonia 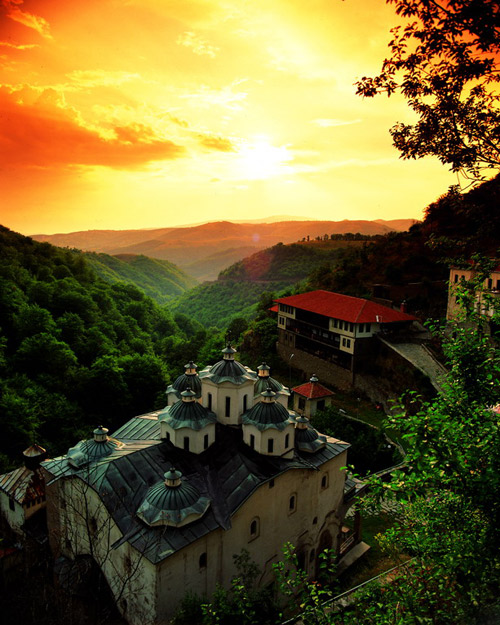 Monastery St. Joakim Osogovski located on the eastern part of Macedonia near Kriva Palanka.
I

nvestors will find much to like about Macedonia's business climate, which the World Bank ranks 22nd in the world. But they shouldn't wait long to jump in. The country of 2 million is one of four Balkan countries that are candidates to join the European Union, which gives Macedonia some flexibility in incentives negotiations not afforded to member countries. Other benefits include lower employment costs and less competition for labor.

"Some companies are happy that we are not yet a member, and some are not," Prime Minister Nikola Gruevski told Site Selection in an exclusive interview prior to a World Trade Center Atlanta luncheon on September 5. The prime minister was on four-city U.S. tour, raising awareness of Macedonia as a destination for capital investors.

"We have more flexibility now in what we can offer investors in terms of incentives," he explains. "We are a European Union candidate country, so we have to be connected to them and in line [with incentives policies]. For some arrangements, we must ask for the European Commission to agree that it is not against the rules of the EU to offer certain incentives. The EU sometimes asks us to change some provisions, and in the future as part of the EU, we will be under more pressure to change things. New companies that come in at that time may not have the same privileges that companies coming to Macedonia now have. So now is a good opportunity for many companies."

This sounds like an argument for not joining the EU, but the prime minister is in favor of proceeding with his country's application process for several reasons. Membership will attract more investment and help chip away at the 31-percent unemployment rate (it was 38 percent when Gruevski took office in 2006), for one. Another benefit is "substantial infrastructure support, which can be very important, especially to a small country," he explains.

"Companies will most likely feel more secure about investing in Macedonia if we are a member of the EU," he relates. "Some say it is not a priority for them or that they would like for that to happen in the future because of the advantages they have by our not being a member." The prime minister is quick to add that agreements made prior to joining will be honored. "We will not change agreements that are in place — they will stay in effect for the period of time set when they were made. We tell companies we have agreements with that even if we join the EU tomorrow, we will honor those agreements."

The International Finance Corp. and the World Bank ranked Macedonia 96th in the world in 2006, so its 22nd-place finish in 2011 is clearly a move in the right direction. In fact, it puts Macedonia ahead of all other countries in Central and Eastern Europe and ahead of 19 members of the European Union. What's behind such a rise?

"This is the result of continuous modernization and reforms in the last six years," Prime Minister Gruevski explains. "We are among the top three or four reformers in the world, according to the World Bank, and last year we were the top reformer." One reform of note is the "Regulatory Guillotine," which he says eliminates thousands of bureaucracy positions and is a major force behind the business climate improvement.

Macedonia's free economic zones provide a 10-year tax holiday, low-cost land and financial incentives; Technological-Industrial Development Zones offer incentives geared to clean manufacturing activities. The work force is well educated and young — more than 40 percent of the population is under the age of 30.

Meanwhile, potential investors will find in Macedonia very sound macroeconomic policies and a stable currency — the denar. National debt, very much on the minds of investors, is 29 percent of GDP, which is the fourth lowest rate on the continent of Europe. Inflation is 2 percent to 3 percent, and the budget deficit is 2.5 percent per year for the past four years; it was 1.5 percent before that, one of the lowest in Europe.

Recent investors in Macedonia include Johnson Controls of the U.S. and Belgian bus manufacturer Van Hool, which is building a €20-million (US$26-million) facility that will employ up to 500. Van Hool's CEO, Philip Van Hool, said in July, when the project was announced, that the production facility in Macedonia is the company's biggest strategic investment outside Belgium. The process of reaching a decision to invest in Macedonia was neither quick nor easy, he noted. But support from the Macedonian government made it much easier.

"I've been asked why the company invests in Macedonia, instead of in emerging countries such as India or China," said Van Hool. "Well, Macedonia is one of the emerging centers. It has a history of connecting various worlds — the East and the West and Europe and America nowadays. I'm convinced that this investment will be successful." 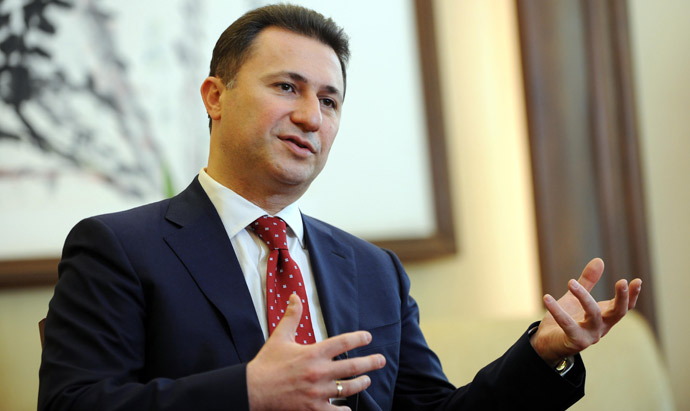