Bahrain? Bank on It

Temporary setbacks in this small Persian Gulf country's finance sector do not change its fundamental strengths. Nor are they impeding new business opportunities. 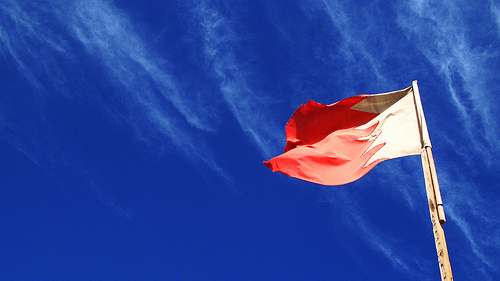 by ROB DENMAN
B

ahrain and banking used to go together. That is not so much the case now. The "bank king" of the Gulf has been dethroned. Before the global financial crisis and the Arab Spring, Bahrain was the banking and finance centre for the Gulf and the wider Middle East. The United Arab Emirates has now become the go-to location for many activities in this sector.

But Bahrain continues to offer foreign businesses and investors substantial motivation for choosing it as a destination. The Arab Spring has actually helped to bring new opportunities to the country in some ways. Following the unrest, the government of Bahrain set about a vast infrastructure and social building programme in an attempt to address some of the grievances held by the protesting population.

A wealth of other, smaller factors are also helping to push it along through its new post-Arab-Spring recovery. Its low cost of living, compared to other Gulf Cooperation Council (GCC) destinations like Dubai and Doha, has also proved appealing. Meanwhile, its attractive tax rates, free-trade agreements and acceptability as a trading partner for many other countries in the region provide strong reasons for selecting it as a business destination.

The country also still boasts one of the most robust financial regulatory systems in the region and has started to forge ahead in niche financial sectors such as Islamic finance and insurance as well as wealth management.

One of the biggest new opportunities in Bahrain has been created as a direct result of the domestic troubles it experienced during the Arab Spring. The country is currently undergoing a massive investment programme.

"The GCC has established a stability fund that will see $10 billion injected into the Bahrain economy over 10 years," says Robert Edge, spokesman for the Bahrain Economic Development Board. "It is estimated that on a per capita basis, the fund will invest $10,200 for every Bahraini in the country and represents 50 percent of Bahrain's GDP."

This includes new projects in areas such as social housing, waste-to-water, waste-to-energy, roads and transport. For example, Bahrain's airport is soon to be upgraded and the addition of a Bahrain-Saudi Arabia rail link is also high on the agenda, says Joanne Emerson Taqi, partner in Bahrain with Norton Rose, an international law firm.

Improving Bahrain's relatively old waste-water system is also a high priority. Norton Rose has assisted the government with one public private partnership (PPP), and more are coming out of the wood-work, she adds. 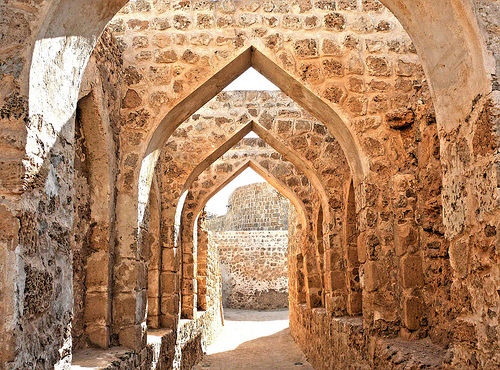 "There are green shoots," she says. "There seems to be a whole level of investment directly associated with the issue of civil unrest in Bahrain. This is associated with the objective of direct betterment through improving services such as those in the areas of social housing and transport."

Agribusiness and aluminium are also expanding. Aluminium Bahrain (ALBA) has recently started expanding its processing facility to double its capacity to 881,000 tonnes per year.

Manufacturing, especially aluminium production, has been a strong contributor to the Bahraini economy even before the global recession and Arab Spring. It has been supported by factors such as a long-standing free-trade agreement with the US that allows the free flow of industrial and consumer products that also provides American firms with opportunities in service-related sectors.

Outside of free trade, Bahrain has also been improved as a destination for manufacturing and industrial businesses. This is due to factors such as falling costs partially attributable to the global recession and concerns surrounding the Arab Spring, the country's tax code and its regulatory environment.

The cost of living - for expats and locals - has become one of the lowest in the region. That gives the country an opportunity to differentiate itself from similar competitors, says Taqi.

"So for example, if you're looking to set up a manufacturing plant and need to bring in 20 guys from Germany to run it, you're going to have to think about relatively high costs at the end of the month in many locations," says Taqi. "Whereas here, you've got a relatively low cost of living."

KPMG, the global consultancy and accountancy firm, estimates that an average ex-pat employee costs a firm in Bahrain around $5,830 per month. The same ex-pat would cost a firm $7,140 in Dubai and $7,500 in Qatar.

Meanwhile, although hiring a local Bahraini would cost a firm the same as it does for an ex-pat, hiring a local in Dubai and Qatar would be more expensive at $7,420 and $9,040 per month respectively.

The same holds true for property - with both commercial and private property being much cheaper to rent in Bahrain than in Qatar or Dubai, KPMG adds.

Then there are Bahrain's competitive tax rates. The country has no corporate income tax, no personal income tax, no wealth tax or tax on capital gains and a host of other tax benefits, says Edge.

The International Finance Corporation and the World Bank rate Bahrain as seventh in the world for ease of paying taxes. And they consider the country to have one of the best overall tax schemes; it rates a 93 percent on the Distance to Frontier scale - a measure of how far off the best global performance a country is in a certain area. Although Bahrain's financial sector is not as strong as it was, it is still highly regarded with plenty of new opportunities emerging.

"It’s considered to be a very robust and regulated banking jurisdiction," says Taqi. "Bahrain applies EU requirements to banking, which doesn’t necessarily happen elsewhere in the region. This means that it has some of the highest regulatory standards in the region."

"The non‐life insurance segment is the key contributor to the growth of insurance in the GCC, with motor and property coverage accounting for a majority of the premiums," says Edge. Growth in the insurance sector is a strong indicator of overall economic growth and the increasing acceptance of Takaful, or Islamic insurance, continues to provide a strong growth impetus in insurance, he adds. 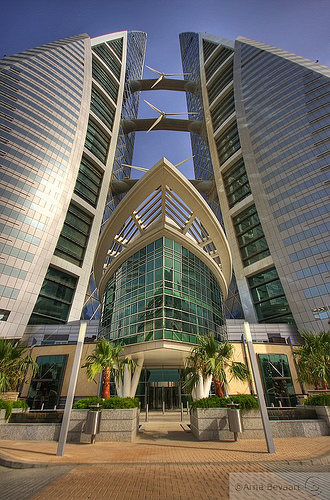 Meanwhile, the region has estimated liquid wealth of between $1 trillion and $1.2 trillion. Shari'a-compliant investments are playing a larger part in managing this. Bahrain's growing Islamic banking sector is capitalising on this interest.

Bahrain's location, connectivity and broad acceptance also make it the ideal location for international wealth management. It can play the Arabian equivalent of Singapore to South Asia, says Edge.

Bahrain has been dealt a blow by unrest from the Arab Spring as well as the global economic downturn. It is no longer the centre of finance for all of the Middle East. But financial heavy-hitters such as BNP Parabas still call it home, and a host of new, specialist firms have also sprung up.

When this is added to its expanding manufacturing sector as well as the growing number of major construction, housing and infrastructure projects, Bahrain begins to look like it could be the most diverse economy in the GCC.

For a small Persian Gulf island that was once heavily reliant on oil and gas, it is still in a strong position, despite the damage done to its reputation and economic power over the last few years.

It cannot be guaranteed that the tensions that led to protests and retaliation in 2011 will not return. But investors and businesses seem to be growing more confident about the return of the former king of Middle East banking.