A Spotlight on Site Selection Strategy

What lessons can be learned from a company that's international corporate
expansion route went through 16 different countries in Europe, Latin America
and North Africa, before finally entering the US market? 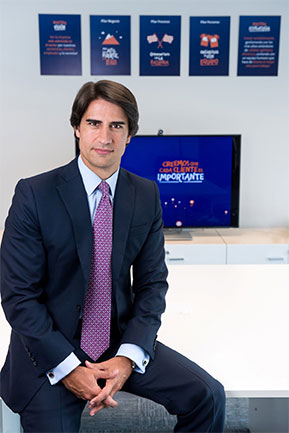 Site Selection magazine sat down with Atento CEO Alejandro Reynal to learn about the history of the company's massive international expansion of the last two decades as a wholly-owned subsidiary of Telefonica, one of the world's largest Telecom conglomerates, and what the future holds after the recent acquisition from Bain Capital in late December 2012.

Atento seems to have taken the reverse expansion trajectory of most companies of its sector, taking a bottom-up versus top-down approach to international expansion. They expanded and consolidated in small markets, like El Salvador for instance, years before they entered larger markets such as Mexico. The company expanded into northern Europe only after establishing a presence in more than a dozen countries in Latin America, and only recently is the company entering into the US market, via two contact centers in Texas.

Has Atento formed a unique site selection methodology as a result of its unique trajectory?

Certainly. Contrary to many of the world's largest multinational companies, we did our first dozen or so international expansions directly into developing markets. Especially in the 90s, and even today, many of these markets did not have either the information resources or the support structure for foreign direct investors, so we had to devise methodologies unique to Atento for choosing our locations. We can say that years later this has made the process of "Site Selection" one of our main core competencies, and closely tied to our success as a company.

Is Atento planning any new locations or expansions this year?

Yes, we are launching a total of 10 sites this year. We are launching 4 in Brazil, 2 in Mexico, and single locations in countries like Peru, Colombia, and a few others. Most of these will be in tier 2 or even tier 3 cities that have never had a Contact Center before. This continues our strategy of being first-movers in most markets we enter.

How long does it take you to make a decision on a location?

It takes us a few weeks, maybe one visit, and we are ready to go. The speed at which we make corporate real estate decisions has, interestingly enough, also forced our build-out teams to become very efficient. Our current record was broken recently at our Arboleda, Mexico location. It took them 3 weeks to retrofit and equip a shopping mall into a 500-seat center.

What are the most important criteria Atento considers for any new location expansion?

Aftercare: We make an effort of asking governments to put programs in place that provide retention services for already established companies. Since we tend to be the first movers in most markets we enter, several years go by where economic development agencies use our location as the reference or anchor company to show off when courting other potential investors. We simply ask to bear in mind our first-mover contributions to the community and not forget us as the years go by.

Workforce: Definitely people are the most important component of our site selection criteria. In Brazil, for instance, we are the country's 4th largest employer. In many markets we operate in, we have tried to shape workforce training and development programs for the community. The strong emphasis on human resources has lead to recognitions by the Great Place to Work Institute as a Top 10 employer on a regional level, together with big name brands including the likes of Microsoft.

After more than 10 years with the Telefónica Group, Alejandro Reynal was appointed Atento CEO in October 2011, with direct responsibility for managing Atento's operations in 16 countries, employing over 150,000 people. Prior to this appointment, Alejandro served at Telefónica's Headquarters as Corporate Strategy Director.

Prior to joining Atento, Alejandro worked for The Gap's international division as Development Director where he led international expansion efforts and earlier, from 1994 to 1998, was Director at The Coca-Cola Company where he worked on different commercial projects for Latin America.

Alejandro Reynal holds an MBA from Harvard Business School and an undergraduate and Master's degree in Engineering from the Georgia Institute of Technology. Over his professional career he has been very active as a speaker at international business schools. He is a keen sailing enthusiast, plays basketball, paints and has run the New York marathon as well as participating in other major running events. 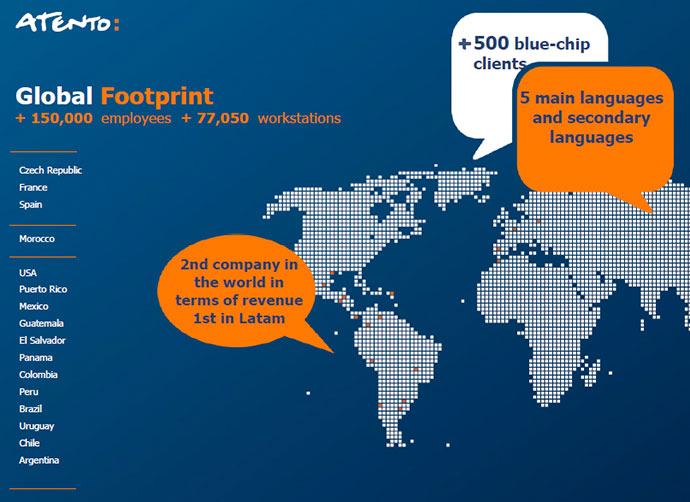